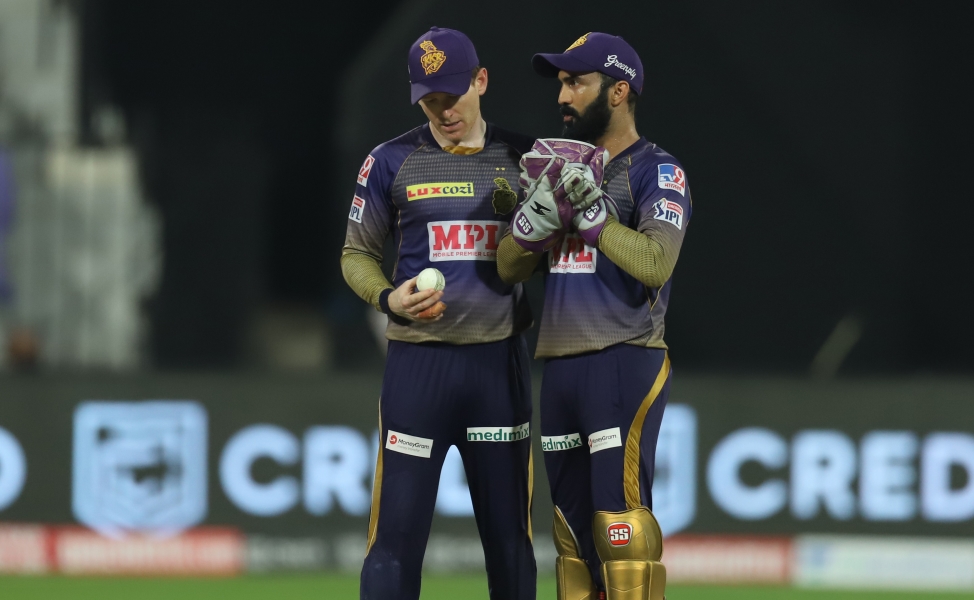 Wicketkeeper-batsman Dinesh Karthik stepped down as captain of the Kolkata Knight Riders team and wished to hand over the leadership to his English deputy Eoin Morgan hours before the IPL match against Mumbai Indians.

The 35-year-old told the management that he wants to focus on his batting and contributing more to the team's cause.

“We are fortunate to have leaders such as DK (Dinesh Karthik), who has always put the team first. It takes a lot of courage for someone like him to take a decision such as this. While we were surprised by his decision, we are respectful of his wishes," KKR CEO Venky Mysore said in a statement.

"We are also fortunate that Eoin Morgan, the 2019 World Cup-winning captain, who has been the vice-captain, is willing to lead the side going forward. DK and Eoin have worked brilliantly together during this tournament and although Eoin takes over as captain, this is effectively a role swap and we expect that this transition will work in a seamless manner," Mysore added.

KKR bought Dinesh Karthik in the mega auction of 2018. As a senior member leading a young squad, he became the successor of the two-time title-winning captain Gautam Gambhir.

Under his captaincy, KKR have been the fourth-best side in the tournament, winning 51.3% of their matches since 2018. They made it to the playoffs in 2018 and ended at number three after losing to SRH in the Qualifier 2.

In 2019, they missed the bus and finished at number 5. So far in IPL 2020, KKR have managed to be at Number 4 under Karthik’s leadership. They managed to snap a couple of lucky victories as well after the opposition choked and could not score at even a run-a-ball in the last few overs.

DK’s recent struggles with the bat

However, 2020 has been a struggle with the bat for him so far as he averages a mere 15.43 after seven games and has just one 50+ score to his name. Diminishing returns with the bat is what prompted him to step down as a leader and focus on his batting.