By words and in action, KL Rahul knows he has our support: Rahul Dravid 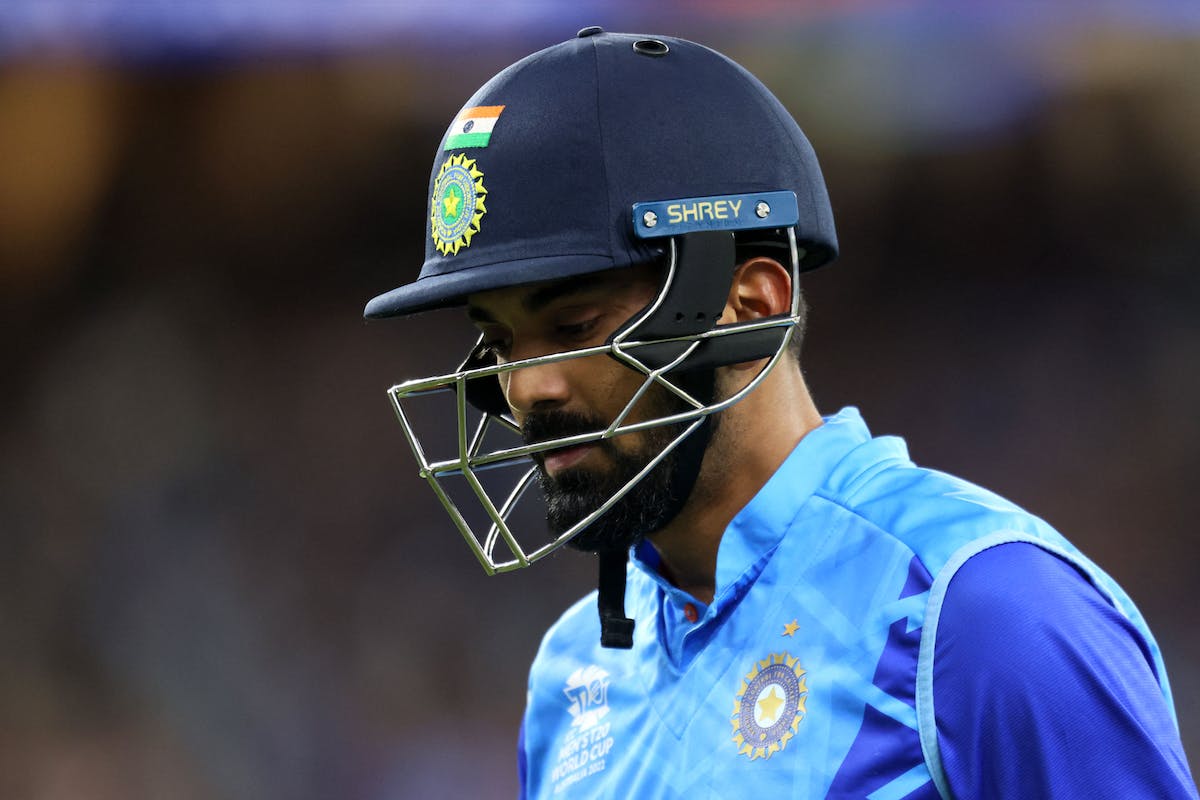 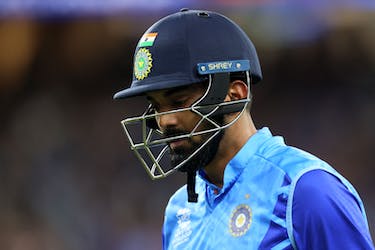 By words and in action, KL Rahul knows he has our support: Rahul Dravid

The India opener has registered scores of 4, 9 and 9 in the three T20 World Cup innings so far

Ahead of the crucial tie against Bangladesh, India head coach Rahul Dravid has thrown his weight behind KL Rahul, saying he and the captain Rohit Sharma have conveyed to him that they are going to back him.

Rahul has had a poor T20 World Cup so far, having scored just 4, 9 and 9 in the three outings, but Dravid remains confident that he is the best suited to open for India in T20Is.

"I think he's a fantastic player and he's got a proven track record. He's done really well. I thought he's been batting superbly. These things can happen in a T20 game sometimes. It's been a tough -- it's not been that easy for the sort of top order batsmen. This tournament has been pretty challenging," Dravid said while addressing reporters at the press conference.

"I thought he was superb -- maybe a lot of you were not there, but in the practice game against Australia with Mitchell Starc and Patrick Cummins. It was a pretty good attack, and I thought he batted superbly that day, to get 50 or 60. I'm not sure exactly how much. Quite a few.

"So he's actually playing really well. Just hoping it all clicks together over the next three or four games, and yeah, we know his quality, we know his ability, and he's really well suited for these kind of conditions, these kind of pitches. He's got a good all-around game. He's got a very good strong back-foot game which is obviously very much required in these conditions.

"So yeah, we're pretty confident and happy with the way he's hitting it."

Speaking of the conversations with Rahul, Dravid reveals that the team has not wavered in the confidence in him. "It's hard to get into exact details of what conversations you have with your players, but rest assured, I think both in words and in action, I think over the last year he knows he has our support. He's known that," the head coach explained.

"There have been a lot of injuries, including him. He's had phases where he's unfortunately been injured."

In the previous encounter against South Africa wicketkeeper Dinesh Karthik walked off injured, paving way for Rishabh Pant to don the gloves. Dravid confirmed that Karthik is fine and is training and a call to whether play him or not will be taken closer to the game.

Speaking of India's death bowling, Dravid says it was heartening to see youngsters like Arshdeep Singh step up to the plate.

"Look, it's an area of our game that we've wanted to look to address, to look to get better at. Obviously Bums [Jasprit Bumrah] was one of our guys who was penciled in to bowl two of those overs. It was really heartening for us to see the way young Arshdeep Singh has developed over the last few months," Dravid said.

"If you were to ask me in November when I first took over and I had a list of bowlers in my mind, sure, Arshdeep was there, but he was -- certainly he hadn't had that kind of IPL. He had had one good IPL. But the way he's come along after that, he's come and forced his way into the side and done really well. So that's a fantastically heartening thing to see."

Bangladesh captain Shakib Al Hasan shocked everyone when he said if Bangladesh were to beat India, it would be an upset. Dravid however says that this World Cup has shown that one cannot take any team lightly.

"I think we respect them a lot. I think they're a very good team. I think this format and this World Cup has really shown us that honestly you can't take any team lightly. Ireland showed that against England. We've seen enough games in this competition," Dravid, who succeeded Ravi Shastri as head coach, said.

"I think the fact that it is already such a short format. 20 overs is such a short format of the game. The margins of victory and defeat sometimes even if they're 12 runs, 15 runs, it's actually just two hits. It's two hits one way or the other, and actually that's the game.

"So it is already a shortened sort of rushed, noisy format, but it's very difficult to sometimes say who's a clear favourite in some of these games.

"On top of that, I think these conditions. I think these conditions have actually leveled the playing field to a large extent because the boundaries are certainly bigger, and some of those big hits which you sometimes expect in the subcontinent to just go for six and you just know that I'll be able to make up those runs later on, it's not happening that easily. People are getting out.

"No, we certainly don't take Bangladesh lightly. Our preparation, our planning will be as meticulous as it was against South Africa at Perth. No different."

Following their loss to South Africa on Sunday (October 30), India have dropped to second place in the Group 2 table. A win against Bangladesh and Zimbabwe in the last two games will take them through to the semis. After playing India, Bangladesh have Pakistan, whose campaign too hanging by a thread, to contend with.