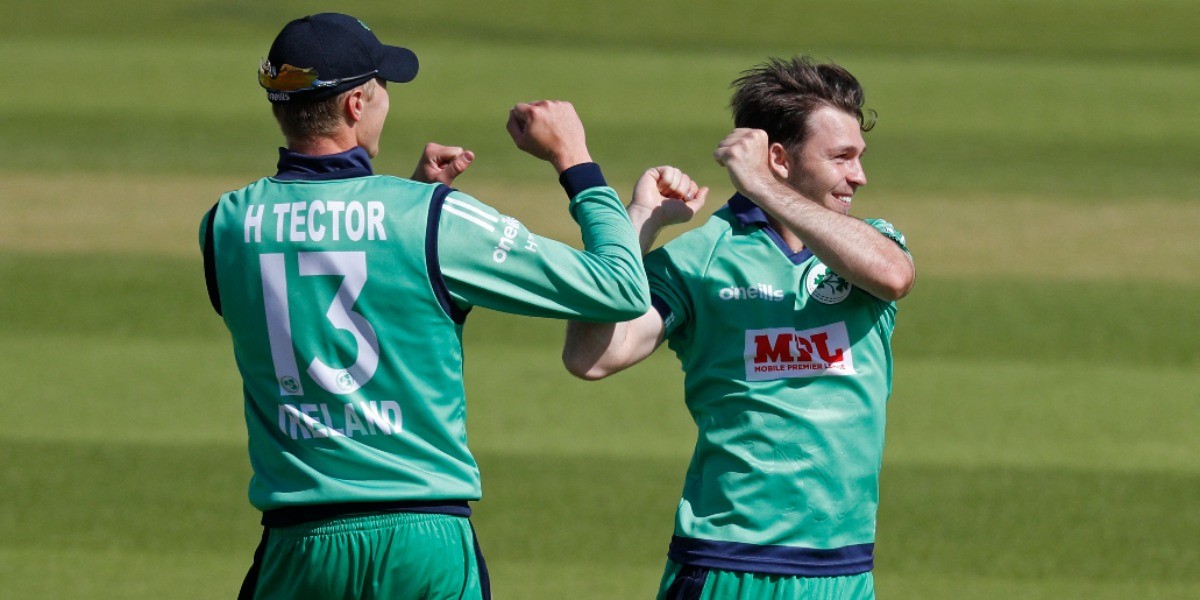 Ireland have named 22-year-old allrounder Curtis Campher in their squad for the five-match series against Zimbabwe, starting August 27. Meanwhile, wicketkeeper-batsman Neil Rock too has successfully recovered from COVID-19 and is part of the 16-man squad.

Campher underwent ankle surgery in May and only made his return during the three-match ODI series against South Africa in July. The all-rounder has featured in 10 ODIs but is yet to make his T20I debut. Campher will also feature in the ODI series against Zimbabwe, which will commence after the T20Is.

"For the T20I series, we have selected a squad of 16 for the five-match T20I series, of which it will be narrowed down to 15 each match day. Given the T20 World Cup starting in two months we want to provide as much playing time for the players in this format as possible," said chief selector Andrew White.

"While we have kept faith with the squad that played in the recent South Africa series, we have additionally brought Curtis Campher in for his first call-up for Ireland in the T20 format. Curtis is back bowling following his injury and will add a dynamic batting and bowling presence to the squad. His inclusion will provide Graham Ford and Andrew Balbirnie with increased flexibility as they look to finalise their plans ahead of the World Cup."

Ireland will have to go through to the qualifying tournament to make it to the Super 12 stage of the 2021 T20 World Cup in the UAE. They are placed in Group A with Sri Lanka, Netherlands and Namibia. The 15 players who were involved in the T20I series against South Africa have all been retained.

Meanwhile, the three-match ODI series between Ireland and Zimbabwe will be part of the ODI Super League. Zimbabwe have won only one of their six ODIs in this cycle and are currently placed at the bottom of the points table. Meanwhile, Ireland are at No. 7, having won three of their 12 ODIs.

Ireland did well against South Africa in the ODI series. The first game was washed out but they managed to win the second ODI. However, South Africa won the final ODI and the two teams had to settle for a draw.

William Porterfield, who sustained a finger injury, during the South Africa series has fully recovered and is part of the ODI squad. "As we are all aware, there are no longer any meaningless ODIs when it comes to the World Cup Super League, and we have selected a squad that recognises the good performances put in during the recent South Africa series," White said.

"Again, we welcome the news that Curtis is back bowling, having come through last week's training camp in Somerset with no concerns. Uncapped Graham Kennedy continued to impress coaches in Somerset last week, and retains his place in the squad with his all-round ability."

The selectors have also picked a Wolves squad of 11 players for the warm-up game between the two limited-overs series. They will add two more players after the first two T20Is.