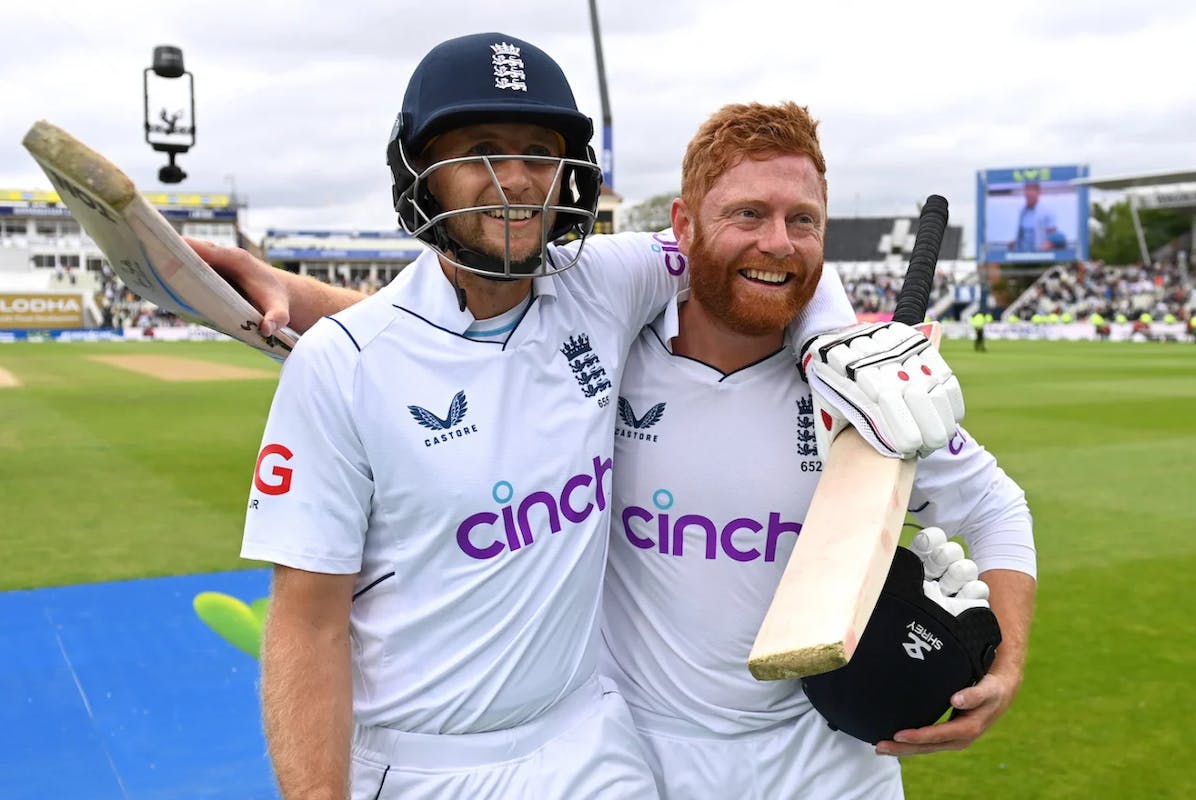 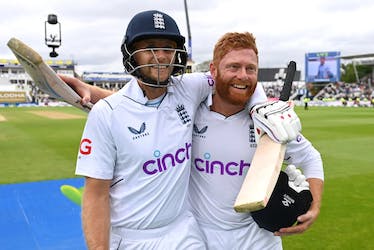 South African head coach Mark Boucher: "If you mention Bazball you've got to have a tequila. I'll bring the bottle."

The aforementioned “B-word” has reportedly been banned in the South African camp but they can’t deny that “Bazball” is as real as it gets. The winners of the inaugural World Test Championship, New Zealand were the first to feel the wrath of England’s new eye-popping style of Test cricket. Then came India for the Covid-delayed fifth Test and they too were taken down in a similar fashion.

England had won only one of their 17 previous Tests before their new red-ball leadership duo - skipper Ben Stokes and head coach Brendon McCullum - took charge this season. However, they have won all of their last four encounters. They chased down targets of 277, 299 and 296 against New Zealand and then made light work of a seemingly stiff pursuit of 378 against India.

England have scored at 4.6 runs per over so far this summer and would want to continue their dominance when they come face to face against South Africa in a three-match Test series, starting on Wednesday (August 17) at Lord's. Having won seven of their last nine Tests, Dean Elgar and Co. are themselves in pretty good form and will try to do whatever it takes to stop England’s bandwagon.

What if England bat first?

It’s pretty evident that this “new” England team loves batting second and the conditions at home have worked completely in their favour. They have chased down targets in excess of 250 in their last four Tests despite 31 being their biggest first-innings lead this summer. In fact, England have twice conceded a deficit but still managed to find a way in the final innings to come on top. They have done everything under this new management except bat first.

Since June 2022, the England batters are averaging 78.3 in the fourth innings and have operated at an impressive scoring rate of 4.8. However, they will be up against a bowling attack that has the best average (19.2) and strike rate (36.5) in the fourth innings since 2018. The Proteas are good at defending targets but they can also pull England out of their comfort zone by asking them to do the same. South Africa chased down a couple of trickier totals against India at home but the conditions here in England will be a lot more favourable to batters in the final innings.

Time running out for Crawley

If not for Jonny Bairstow and Joe Root, England wouldn’t have been able to turn their fortunes around in the longest format of the game. The two have been phenomenal in 2022 and are averaging above 100 this summer. The likes of Stokes, Alex Lees, Ollie Pope and Ben Foakes too have had their moments but the same can’t be said about Zak Crawley. The right-handed opener is the only one from England’s top-seven to not manage a single 50-plus score this summer.

Since 2021, Crawley has the second-worst average (21.29) and worst balls per dismissal (39.8) as an opener in Test cricket (minimum 15 innings). In this period, he only has three 50-plus scores in 24 innings. Crawley has horrible numbers against pace and spin and tends to repeat the same mistakes repeatedly. The English team management has been very supportive but it’s high time that the 24-year-old steps up and proves to everyone why he is so highly rated.

Do Proteas have enough firepower to stop England? It’s been over 10 years since South Africa defeated England in a Test series. The latter have won 11 out of 16 Tests played between these two countries in this period. They even lost to England Lions by an innings and 56 runs in a warm-up game but South Africa have actually been playing some superb cricket under the leadership of Elgar and have proved that they won’t be pushed around easily. Elgar might not be as flamboyant as Stokes but the 35-year-old is a fighter and has his own methods to tackle different challenges.

They will be without Temba Bavuma but South Africa have some quality batters in their arsenal. Elgar is one of the best Test openers of the modern generation, while Keegan Petersen and Rassie van der Dussen have played some match-winning knocks in recent times despite not touching the triple-figure mark. Aiden Markram is averaging 16.38 in his last seven Tests and will have to fight for that one remaining spot in the middle-order. Khaya Zondo and Ryan Rickelton are the other two contenders. The visitors don’t have a proper all-rounder and it would also be interesting to see if they trust Marco Jansen at No. 7.

It won’t be wrong to say that South Africa’s bowling is slightly stronger than their batting despite Duanne Olivier being ruled out of the series due to a grade 2 right hip flexor muscle tear. There is a question mark over Kagiso Rabada's availability too, and if he is ruled out of the first Test, South Africa might struggle against the likes of Root and Bairstow. Lungi Ngidi and Anrich Nortje are certain-starters, while one of Glenton Stuurman or Lutho Sipamla could too get a game. In the spin department, the visitors have the experience of Keshav Maharaj and Simon Harmer.

England are surely going to start as red-hot favourites but it would be a crime to underestimate Elgar and his men.