How many Test batsmen have batted at all batting positions from 1 to 11? 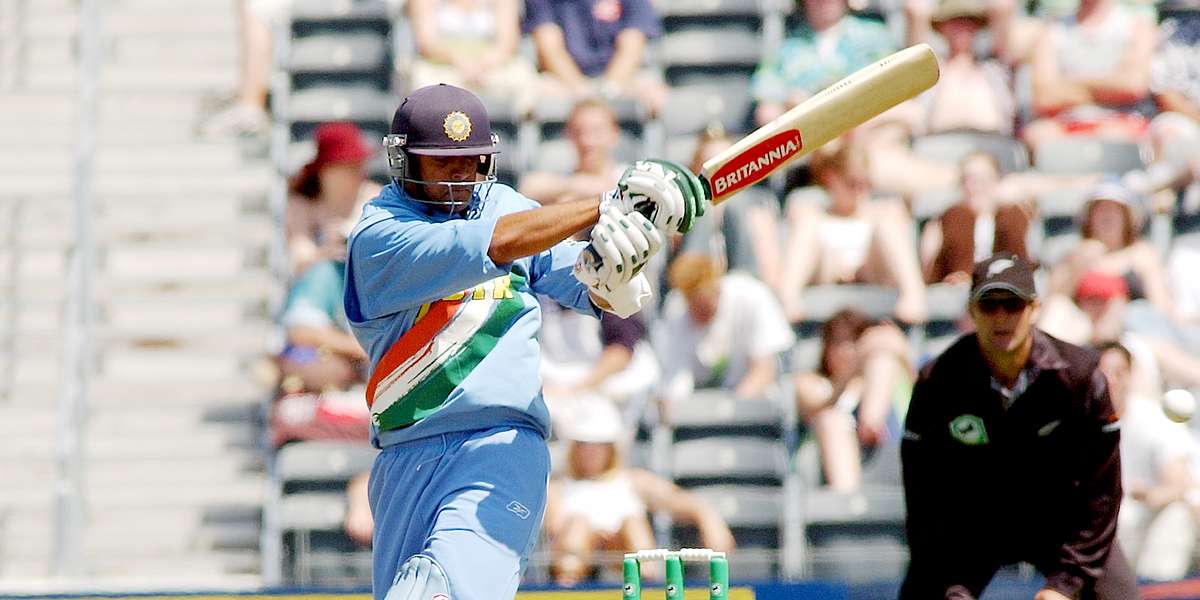 How many Test batsmen have batted at all batting positions from 1 to 11?

How many Test batsmen have batted at all batting positions from 1 to 11? - Geetartgeet333 on Instagram

The tables below provide the details of elite three who have achieved this rare feat. 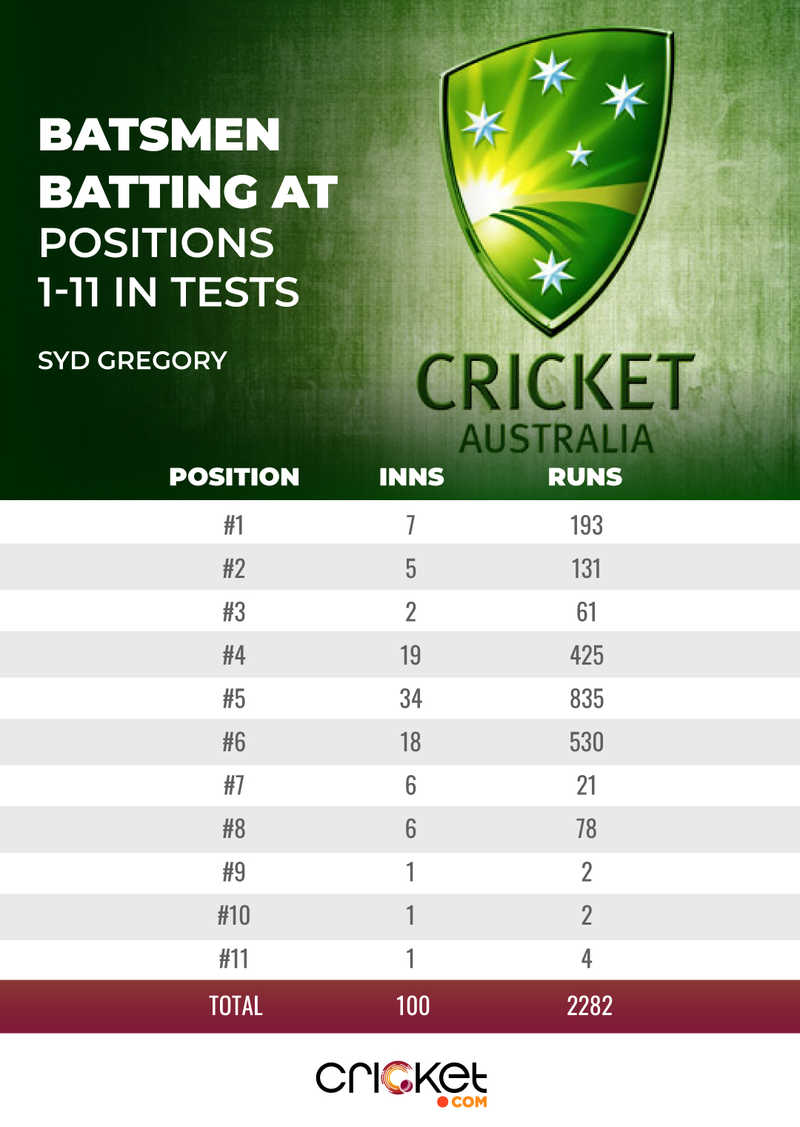 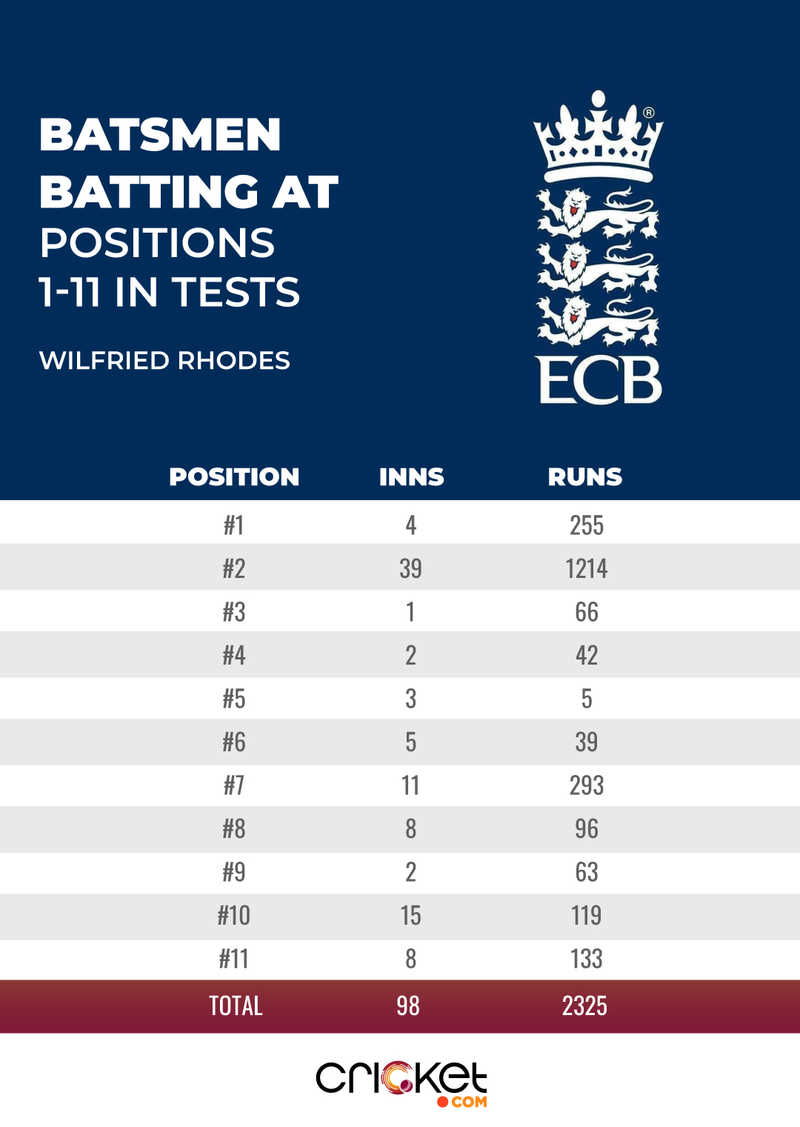 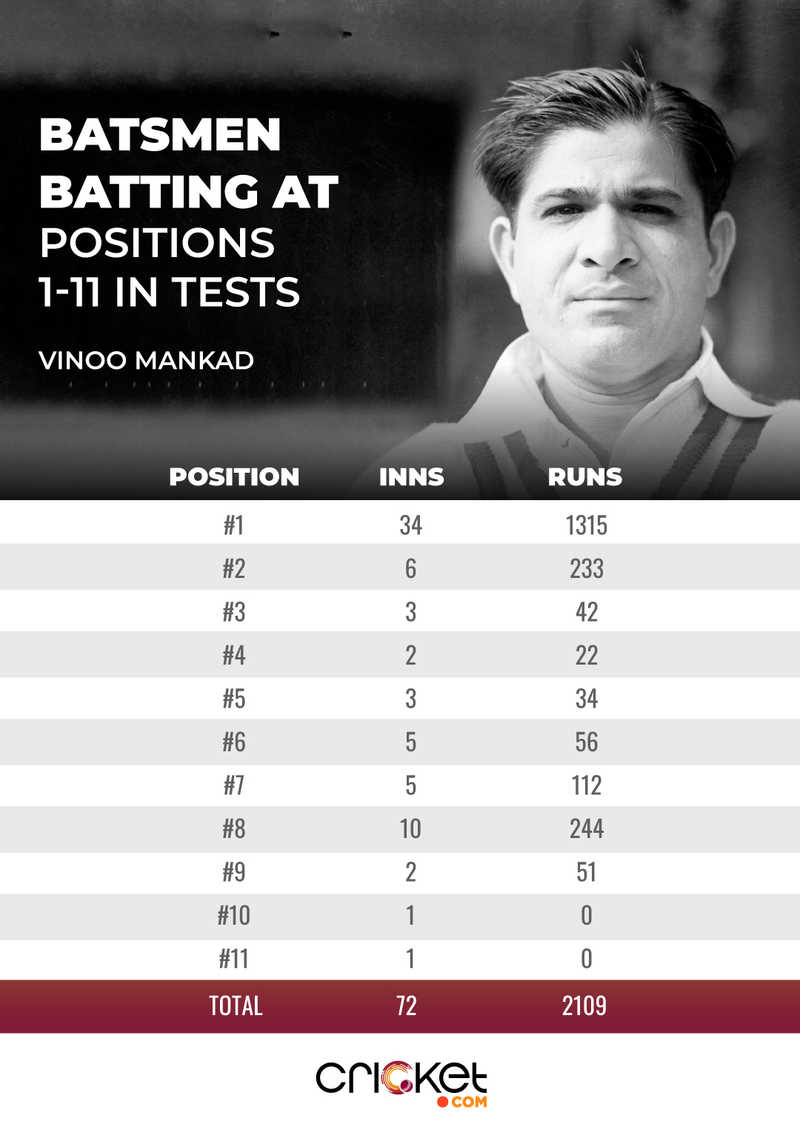 Can you name the players who scored an ODI century for India and never played a game again? - Bhavya Anjaria on Twitter 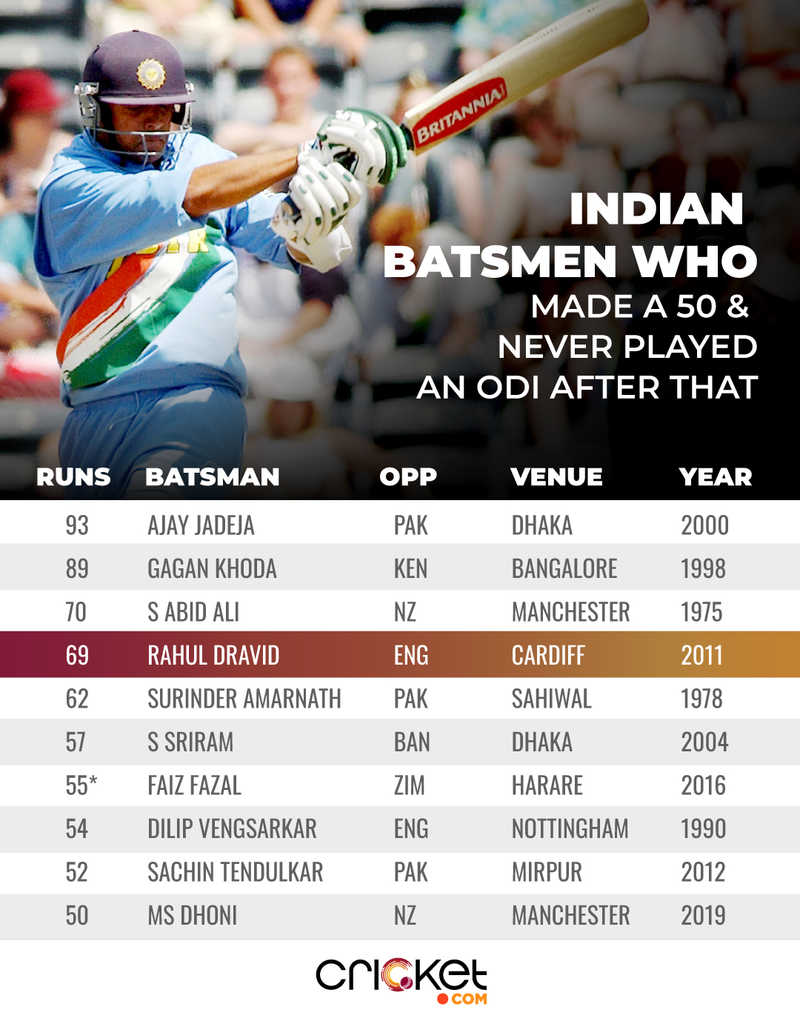 - Khoda appeared in just 2 matches in his career

- Dravid played in the series after not appearing in any ODIs for almost two years before that.

- Amarnath appeared in just 3 matches in his career

- Fazal appeared in the only ODI match of his career.

- For Vengsarkar it was his penultimate match of the career. He appeared in one more ODI game, but did not get to bat!

- Sachin Tendulkar, two days before his final game, made 114 in the penultimate match of his ODI career.

- Both Rohit Sharma’s and KL Rahul’s final ODI innings have been centuries. They are sure to continue their international career once cricket restarts.

What are the highest Test scores by a batsman who hasn't top-scored in a Test innings? Navneet Dewra on Instagram

Sri Lankan Kumar Sangakkara’s 287 against South Africa at the SSC, Colombo in 2006 is the highest individual score by a Test batsman who did not top-score in the same innings. Team-mate Mahela Jayawardene’s 374 superseded his effort. The list below has the details of highest scores in Tests, without top-scoring. 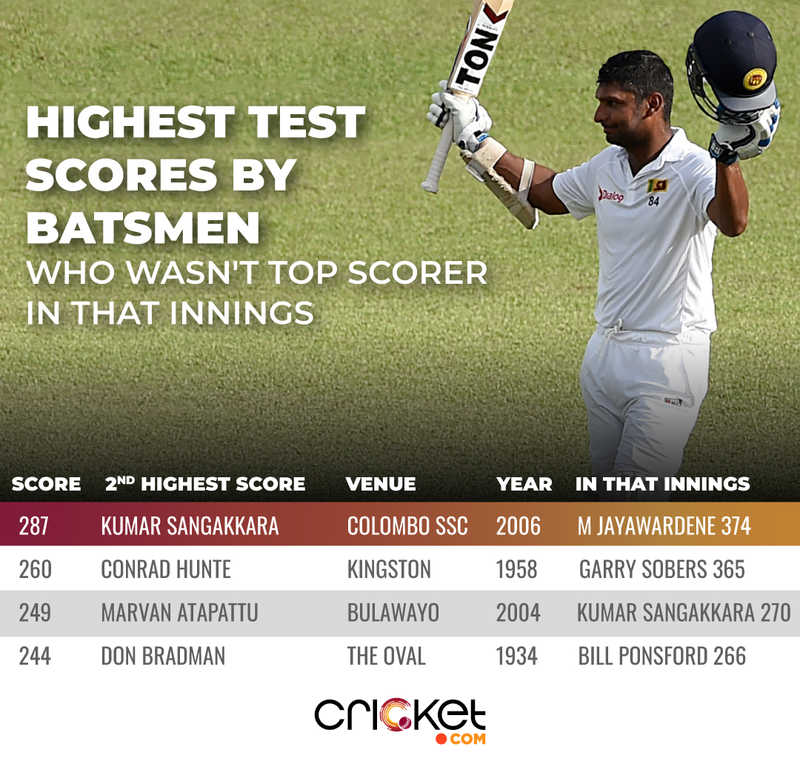 Who are the top five Test run-getters and wicket-takers who never played any Tests in India? - Abhi5thFeb on Instagram

The following players with the maximum number of Test runs and wickets never appeared in a Test match in India, despite having a fairly lengthy Test career. 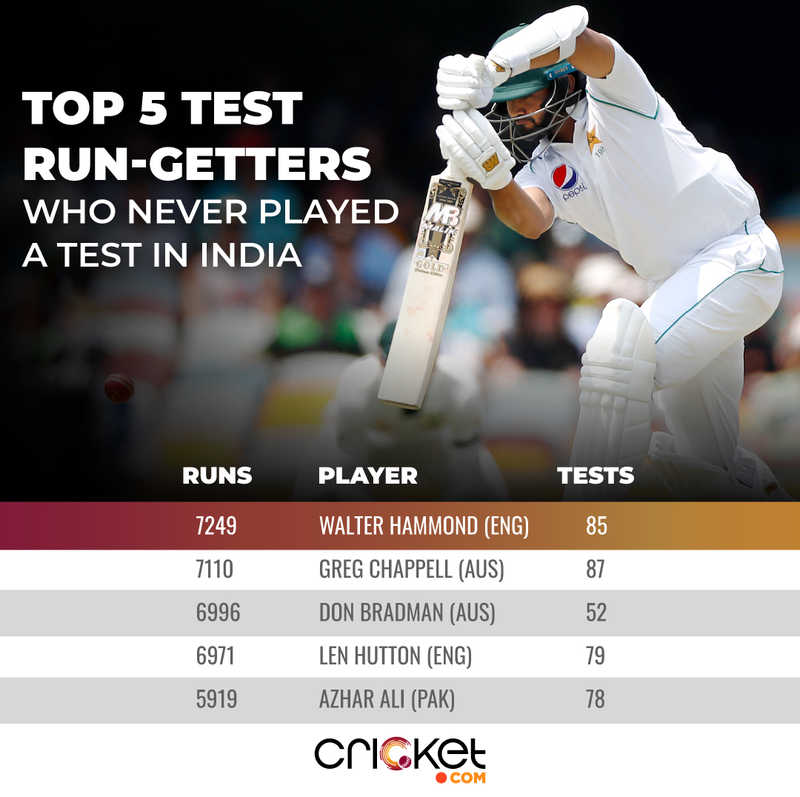 Note: England Mike Atherton has 7728 career runs, having played in just one Test in India (in 1993). 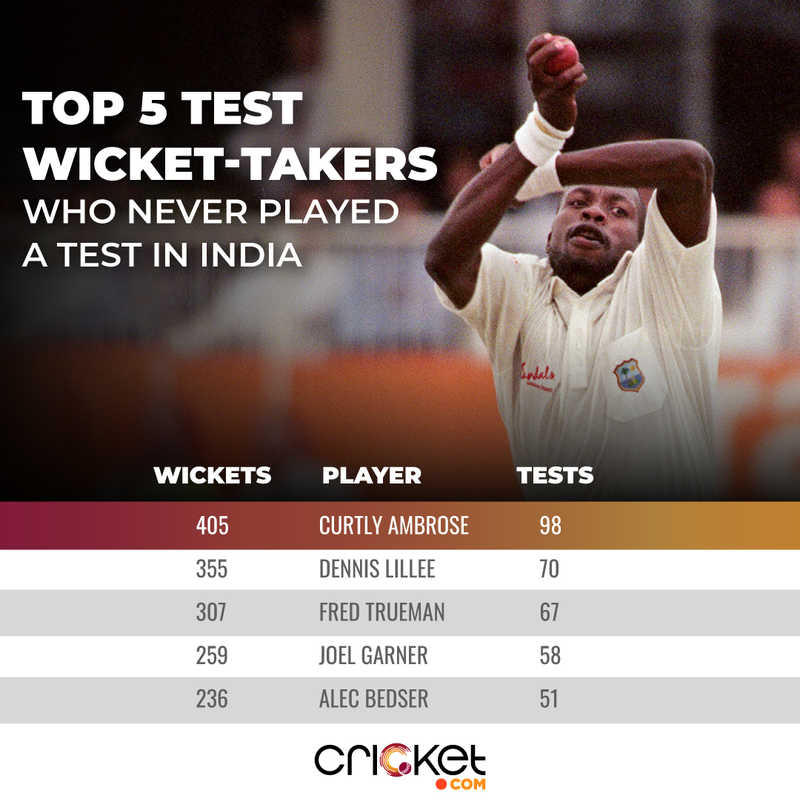 Note: Ambrose has appeared in most Test matches without have played a Test in India. He is followed by Australian Rodney Marsh (96 Tests) and England’s Godfrey Evans (91 Tests) – both wicketkeepers!

Test batting records for Ponting and Dravid in SENA countries. 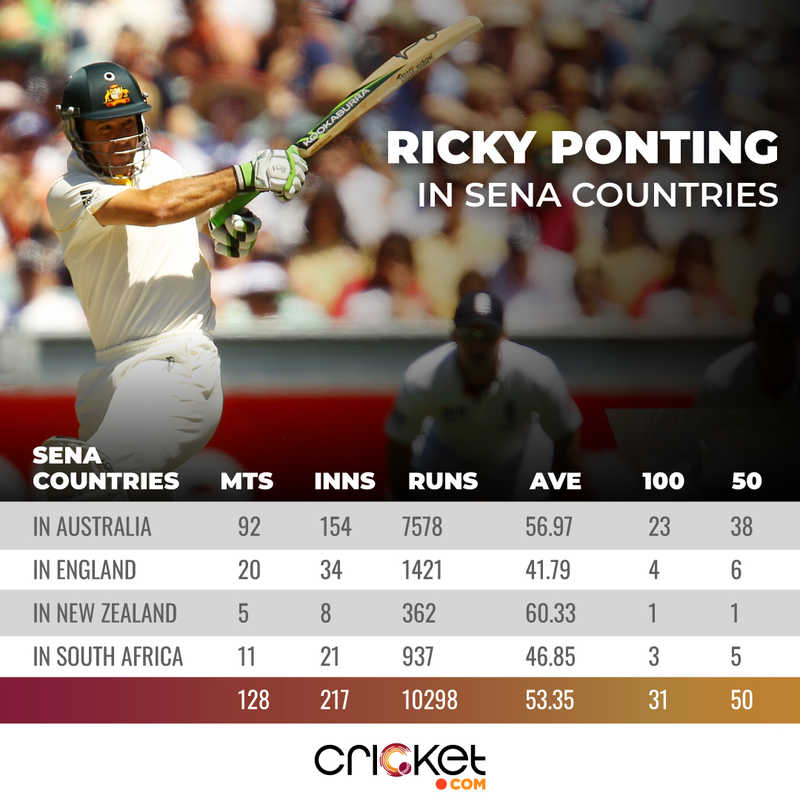 Note: I don’t see the logic in including Ricky Ponting's record in Australia, which is his home country.

I have given below his record in Asia, England, New Zealand and South Africa (almost equivalent to playing Tests in SENA countries) 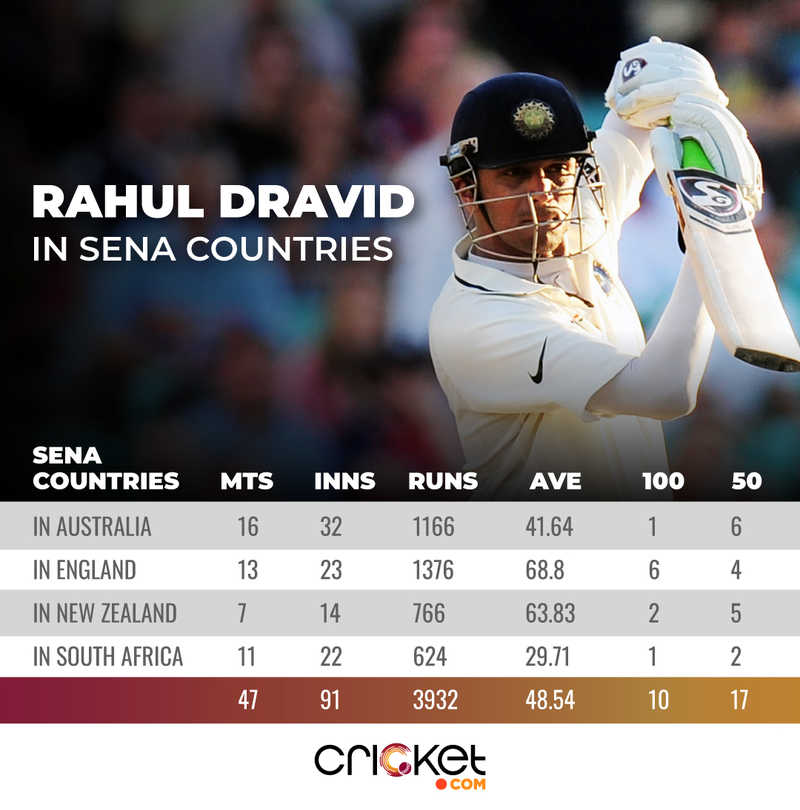 All records mentioned above are updated until 1 June 2020