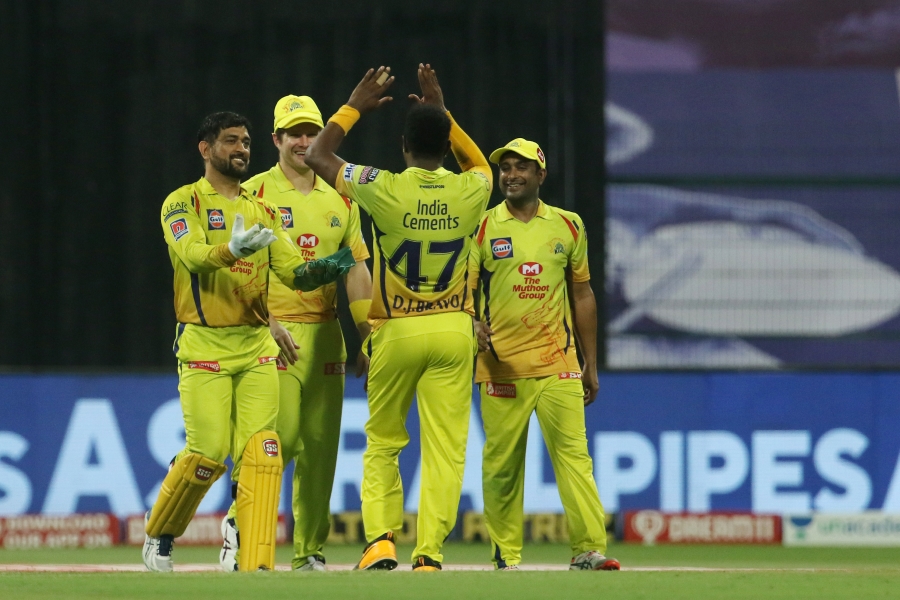 After a strong batting display against Kings XI Punjab, Chennai Super Kings are back to square one. On the other hand, as always it has been a season of ups and downs for Royal Challengers Bangalore. They either win or lose big, their net run-rate has taken a hit due to the big losses. In Match 25, both Chennai and Bangalore collide head on at the Dubai International Cricket stadium. 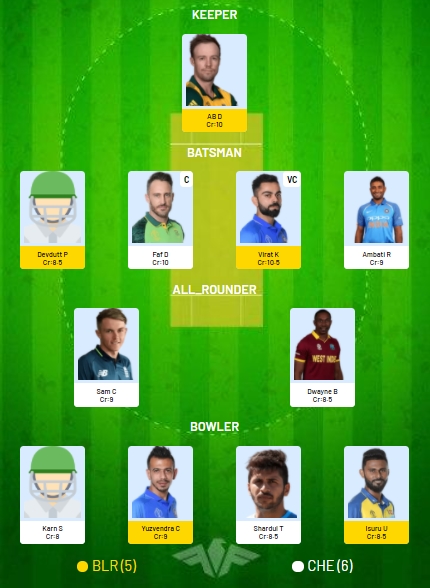 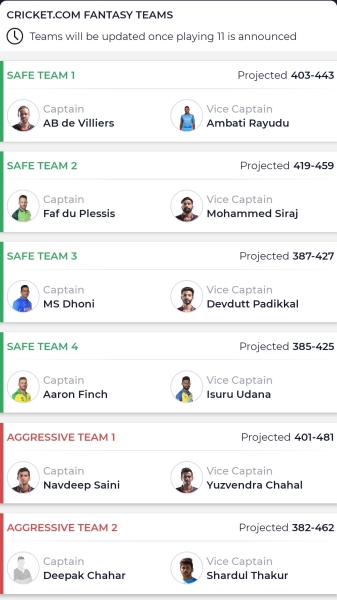 On an average, 182 runs have been scored in the first innings this season in Dubai. Chasing has been a difficult feature in Dubai. While chasing in Dubai, a team has lost a wicket every 15.7 balls and 20.5, which is the fewest among all three venues. This is certainly one of the reasons why, only one team out of the 10 matches has managed to chase down a target. 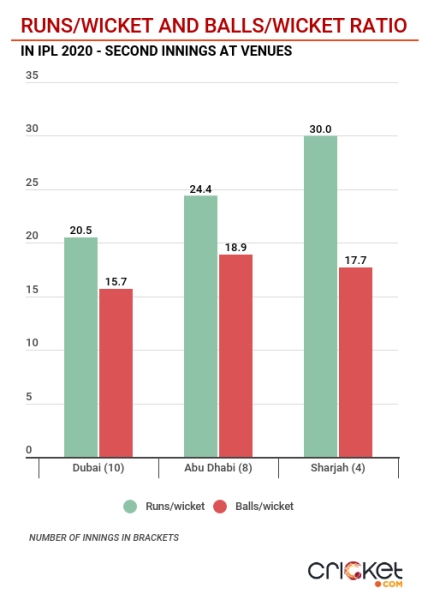 As predicted, till now, it doesn’t feel like the spinners have come into the party that much. Yes, it has slowed down a touch, but the spinners are still searching for consistency. The pacers have dominated in the wickets section with 56.7 per cent of the wickets as to spinners 43.3 per cent. However, spinners have a better economy and balls/wicket ratio at the Dubai International Cricket Stadium. 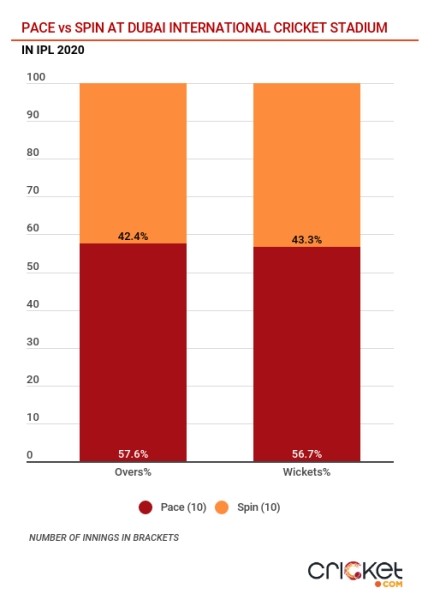 As for the team combination, five batsmen including the wicketkeeper, two allrounders and four bowlers should do the trick. The likes of both the left-arm pacers and legspinners is recommended. The openers from both the teams have done well this season. As far as the spinners go, Ravindra Jadeja didn’t bowl a single over in his previous match.  Sam Curran and Dwayne Bravo, both were among the points in their last match.

Shardul Thakur in this IPL has had a fine comeback after a disastrous 2019 IPL season, Isuru Udana for Bangalore, has done well in the chances he has got. Deepak Chahar is yet to make his mark in this season of IPL. Karn Sharma in his lone opportunity proved worthy and Yuzvendra Chahal is a bowler not be discarded.

Watson against a spinner is always contest to watch out for, especially, when he takes it away from him. Chahal has been a nemesis for Watson in T20s. In the 5 innings face-off against Chahal, Watson has an average of 8 and a strike rate of 70.6. 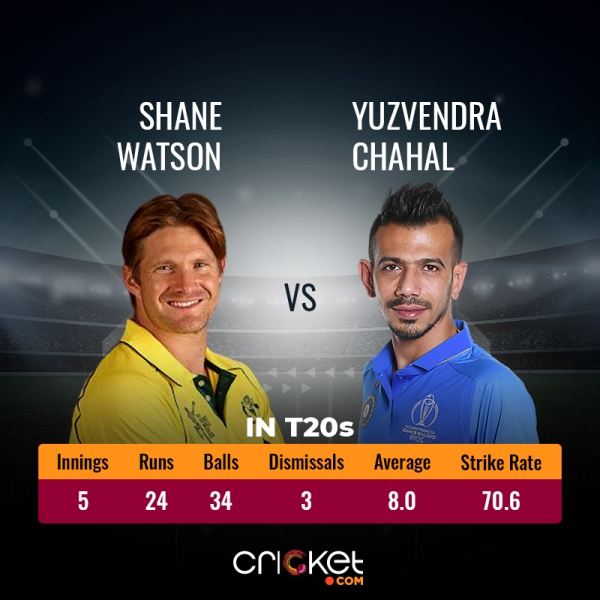 MS Dhoni might be weak against the spinners lately, but against Chahal he has been his usual self. In the 10 innings, Dhoni has gone against Chahal, he has lost his wicket only once and has scored at a strike rate of 144. 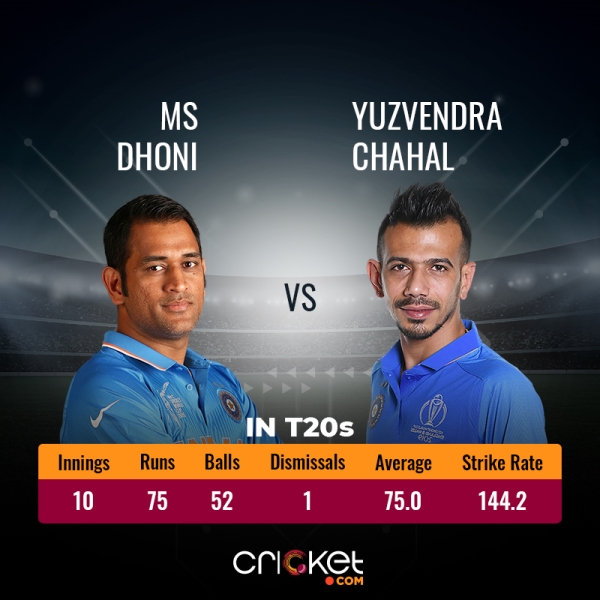 In a tussle between two champion cricketers, both of them have had success in their own departments. Bravo in the 14 innings he has bowled to AB de Villiers, has the better of him in 4 innings. On the other hand, de Villiers has scored at a strike rate of 166 at an average of 27.0. 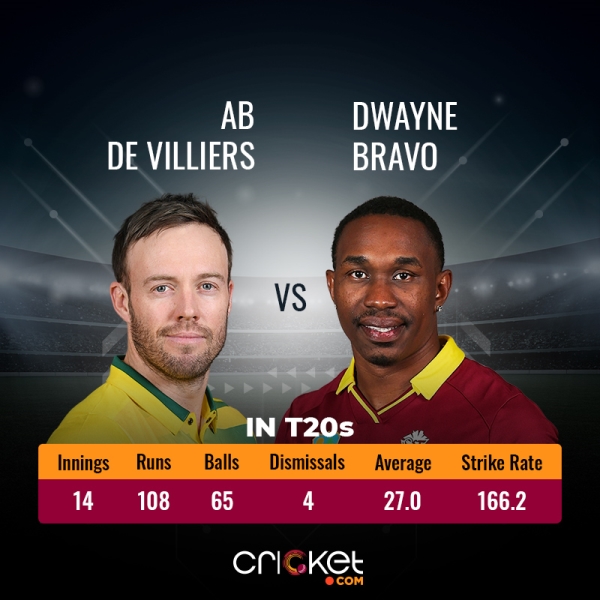 FAF du PLESSIS: In the race for the Orange Cap, Faf du Plessis is not far from KL Rahul. In a below-par batting performance from the Chennai unit this season, du Plessis has been the brightest star. With 299 runs this season at an average of 74.8 and a strike rate of 151, at the top order he has been the aggressor. 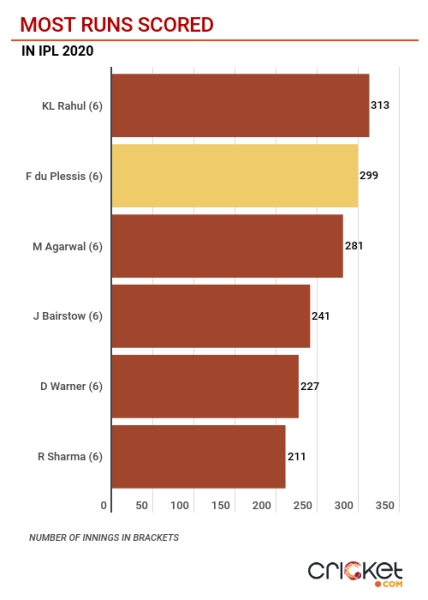 VIRAT KOHLI: After a few dismal shows in the first couple of matches, Kohli seems to be back in terms of scoring runs. What pleases him more is that, he would be facing one of his favorable oppositions in IPL. Against Chennai, Kohli has scored 747 runs at an average of 37.4 with six half-centuries. His 747 runs against Chennai is the most by a batsman in IPL. The advantage over the opposition is a certain X-factor.

Our Criclytics player projection predicts, Kohli could score 16-39 runs in Match 25 against Chennai. 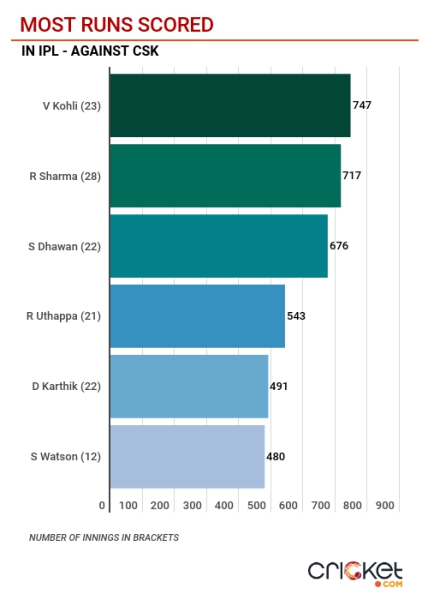 YUZVENDRA CHAHAL: The legspinner has been in exceptional form in this season of IPL. Barring his match against Delhi, Chahal has bagged a wicket in every match. Chahal has 8 wickets this season at an economy of 7.6 and has a wicket every 14.3 balls. Among the spinners he has the joint-most wickets alongside Rashid Khan, who also has 8 wickets.

Against Chennai, he may not have as many wickets he wants but his miserly bowling can fetch him wickets. In 9 innings against CSK, Chahal has 10 wickets at an economy of 6.9, the economy is his best against an opponent in IPL.

Our Criclytics player projection predicts, Chahal could pick 1-2 wickets in Match 25 against Chennai.

SAM CURRAN: The left-handed allrounder has been a complete package for Chennai in this IPL. Seven wickets with the ball and over 50 runs with the bat at a strike rate of over 200, is very good from an allrounder. He is one among the three allrounders this season to score 50+ runs and bag 5+ wickets.

Our Criclytics player projection predicts, Curran could score 9-26 runs and pick 0-1 wickets in Match 25 against Bangalore.