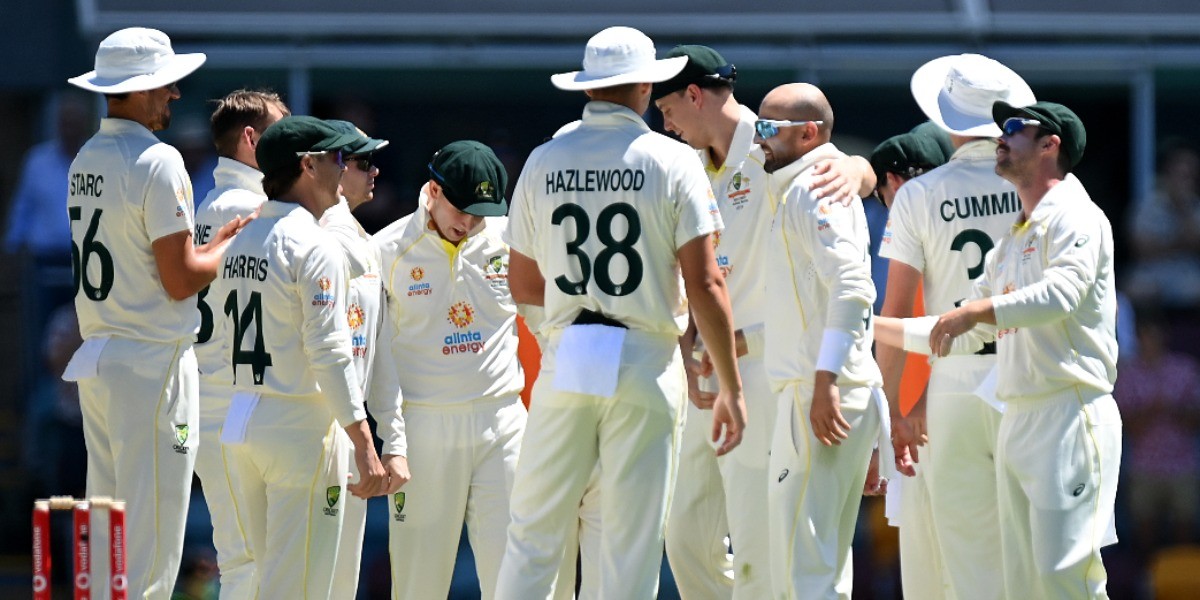 The result of the Gabba Test seemed like a foregone conclusion at lunch on Day 3, but a stunning partnership between Joe Root and Dawid Malan induced anxiety amongst Australian fans, triggering memories of the subsequent fixture from 10 years ago.

Back then too Australia had taken a 200+ first innings lead, but outrageous performances from the trio of Strauss, Cook and Trott saw Englandly remarkably score 517/1 in the third innings and walk away with a draw.

With both Root and Malan batting unbeaten in their 80s, and with Stokes and Buttler yet to come, many thought that England replicating Gabba 2010 was not out of the realm of possibility. As it turned out, however, that wasn’t to be. England, quite disappointingly, folded in under a session and the tame target they set was chased down by Australia in just 5.1 overs.

Heading into the day, there was indescribable scrutiny on Nathan Lyon, who was stuck on 399 and had gone 33 overs in the game without picking a single wicket. However, it was the off-spinner that opened the floodgates as in just the fourth over of the day, he dismissed Malan to bring up his 400th Test wicket. Cummins, unlike yesterday, put a silly point early on to Malan, and the tactic worked as an inside edge carried to Labuschagne to bring about the special moment for Lyon.

By this point there were only six overs left for the second new ball, but Cameron Green ended up striking the decisive blow as he took the all-important wicket of Root and prevented the England skipper from scoring a maiden ton in Australia. Green found great rhythm yesterday, and today, from ball one, he picked up from right where he left. The tall right-armer found good pace from the get go, and in his second over of the day he got one to move away late and take the outside edge of Root. The England skipper fell for 89, 11 short of a maiden ton Down Under.

Root’s dismissal brought in Ollie Pope, but he lasted only six balls before edging one to Steve Smith off the bowling of Lyon. Lyon was brimming with confidence after getting to 400, and a sharp-turner from outside off caught the outside edge of Pope, who endured a disappointing end.

England, at this point, needed a huge partnership between Stokes and Buttler to stay alive in the contest, but that wasn’t to be as Cummins dismissed Stokes for 14 a few overs into the second new ball. The Aussie skipper dismissed England’s talisman in the first innings through a snorter from round the wicket, but this time around he got the better of his man from over the wicket.

Buttler, like he did in the first innings, looked to be positive, but he also did not last long and followed Stokes back to the dressing room for 23. England had lost all their recognized batters, and at this point they were still 20 runs behind.

Woakes showed some resistance, getting to 16, but he got no support whatsoever from any of the other tail-enders as England were able to add only 29 for the final 3 wickets. Robinson (8) and Mark Wood (6) were both dismissed by Lyon, while the final wicket was claimed by young Green, who finished with figures of 2/23.

England were bowled out for 297, meaning Australia needed 20 runs to win the first Test and go 1-0 up in the series.

Injury to Warner meant that it was Carey who was sent out to open, but after a positive start, he was dismissed by Ollie Robinson for 9. Marnus Labuschagne then walked in to knock off the remaining runs, but he ended up facing no balls as Marcus Harris hit a boundary and took the side over the line to help Australia register a 1-0 lead in the series.