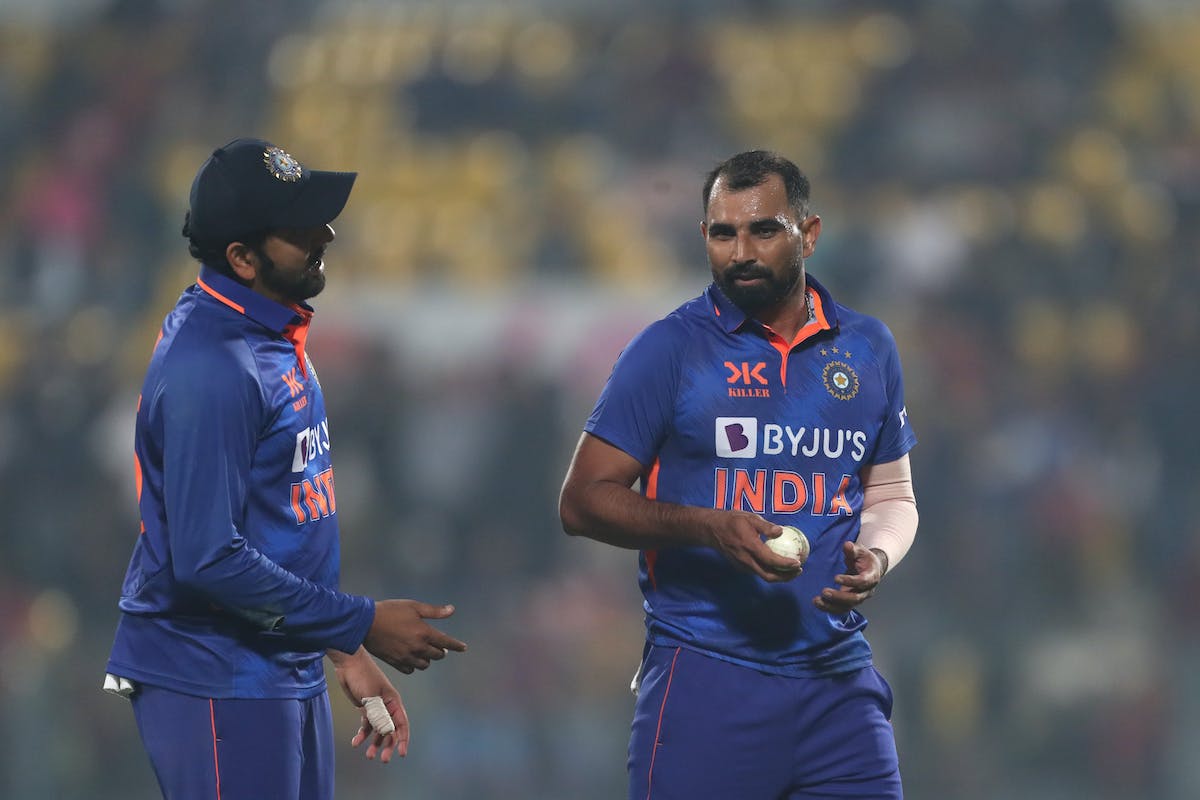 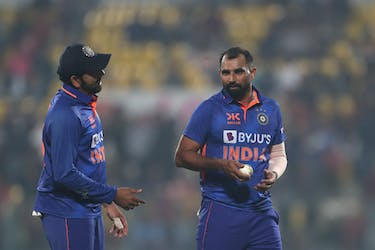 India went 1-0 up thanks to a 67-run victory in the first One-Day International (ODI) against Sri Lanka in Guwahati. India piled on 373 for 7 thanks to a magnificent century by Virat Kohli and fifties from Rohit Sharma (83) and Shubman Gill (70). Despite an unbeaten century from Sri Lanka skipper Dasun Shanaka, Sri Lanka fell well short, but will be happy with the way they fought back in the end.

Speaking after the match, Rohit said he was pleased with the way the batters set the platform but could have done a lot better as a bowling unit. Sri Lanka were reduced to 206 for 8, but Kasun Rajitha and Shanaka put on an unbeaten 100-run stand for the ninth wicket to deny India a chance of bowling them out.

"We started off well with the bat, it was a great effort from all batters. The platform was set for all the batters, I thought we could have bowled better. Don't want to be too critical, as the conditions were not easy. It wasn't easy to bowl under the lights especially when dew comes in," Rohit said.

"Everyone needs to come to the party if you want to win, but we bowled well upfront. You got to be in the game to take those half chances. You are not going to have a perfect game always, there are certain areas to work on as a group."

Shanaka would have not got to his century had Mohammed Shami's run-out at the non-striker's end during his bowling stride counted. Rohit decided to withdraw the appeal, despite Shanaka being out of his crease.

"I had no idea Shami did that [run-out], he was batting on 98. The way he batted was brilliant, we cannot get him out like that. Not something that we thought off, hats off to him, he played really well," the India skipper added.

Shanaka rued the fact that his bowlers did not execute thier plans well. "I think the start their openers gave, we didn't use the new ball well, unlike their bowlers who got it to swing. We did have a plan, but the bowler's didn't execute the basics right. We didn't use variations during the first 10 overs," Shanaka said after the match.

Kohli, the player of the match for his impressive 113 off 87 said that he is in a happy space at the moment and enjoying his cricket. "The one thing I learnt was desperation doesn't get you anywhere. You do not need to complicate things. You go out there and play without any fear, I can't hold on to things," Kohli said.

"You have to play for the right reasons and almost play every game like it's your last and just be happy about it. The game is going to move on. I am not going to play forever, I am in a happy space and enjoying my time playing."

Sri Lanka will have a chance to draw level in the three-match series with a win in the second game at the Eden Gardens, Kolkata on Thursday (January 12).