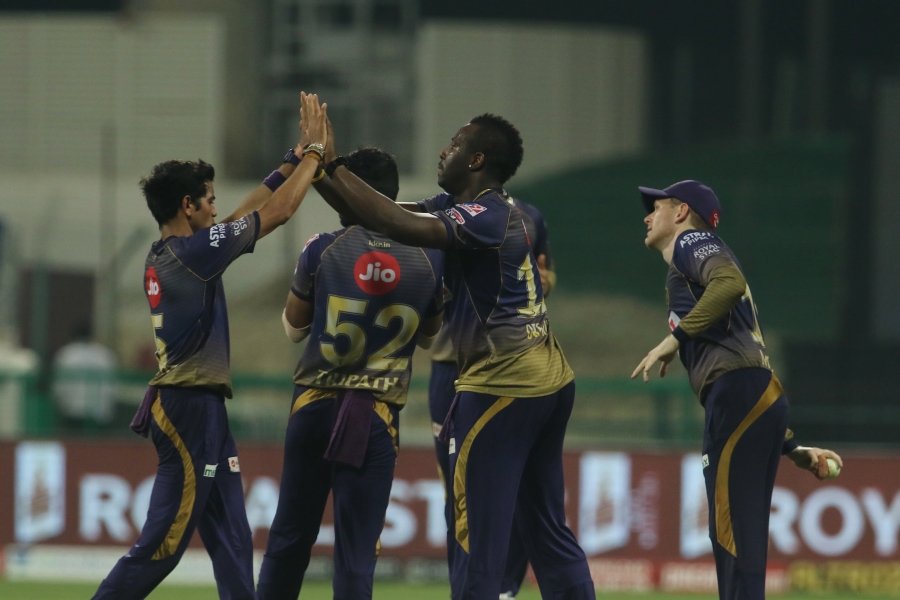 Chennai choked to lose by 10 runs to KKR when at one stage they were comfortably placed to win. Here is a look at the statistical highlights from the 21st match of IPL 2020:

Dwayne Bravo becomes the fifth bowler in IPL to 150 wickets

The bowler who has over 500 wickets in T20s, reached another milestone in the IPL. Dwayne Bravo, earlier in the Caribbean Premier League 2020, reached the crest of bowlers when he bagged 500 wickets. Today, with the wicket of Shivam Mavi, Bravo recorded his 150th IPL wicket. He became the fifth bowler overall and only the second overseas bowler to pick up 150 wickets in IPL. Lasith Malinga with 170 wickets, tops the list among IPL wicket-takers. 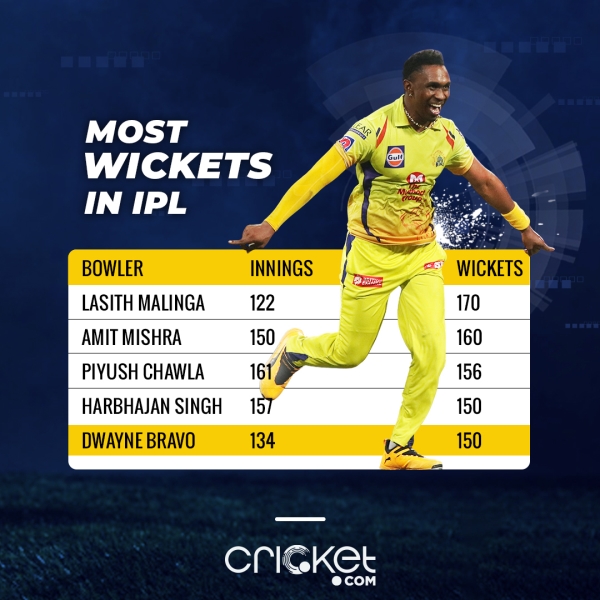 A birthday special for Bravo

On his birthday, to be said, Bravo got a fruitful gift when he breached the 150 wicket mark in IPL. Bravo returned with figures of 3/37 against Kolkata Knight Riders. A much needed spell as he was under the pump. In Bravo’s last 9 innings prior to today, he just had two wickets at an economy of 7.5. The three wicket spell came as a relief and couldn’t have made his birthday better. Bravo’s 3/37 is the third-best spell by a bowler on his birthday in IPL. James Faulkner’s spell of 3/11 against Kolkata in 2014 in Abu Dhabi, is the best for a bowler on his birthday. 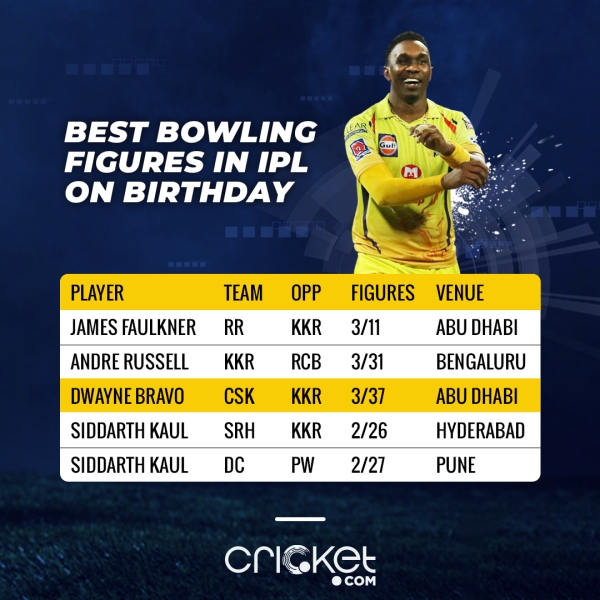 Both, Dinesh Karthik and MS Dhoni are are neck and neck in the IPL. Dhoni might have the most dismissals as a wicket-keeper in IPL, but Karthik is closely behind him in terms of catches taken. In fact, he is equal with Dhoni at 104 catches as a wicket-keeper. Overall in IPL, Karthik has taken 112 catches as a fielder and wicket-keeper combined, which is the most. Dhoni has 108 catches to his name. With both of them currently playing, who wins the race to end up with most catches is to be seen.

Sunil Narine has had the better of most batsmen in T20s, but he has taken a special liking for Shane Watson. It is a well known fact that Watson struggles against spin, and against the class of Narine, he has been clueless. Narine has bagged Watson nine times in the 16 innings face-off. Watson has managed to score at an average of 9.9 against him in T20s. The nine dismissals against Watson, is the most for Narine against a batsman in T20s. 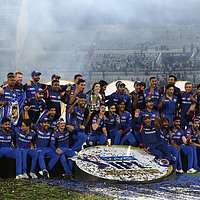