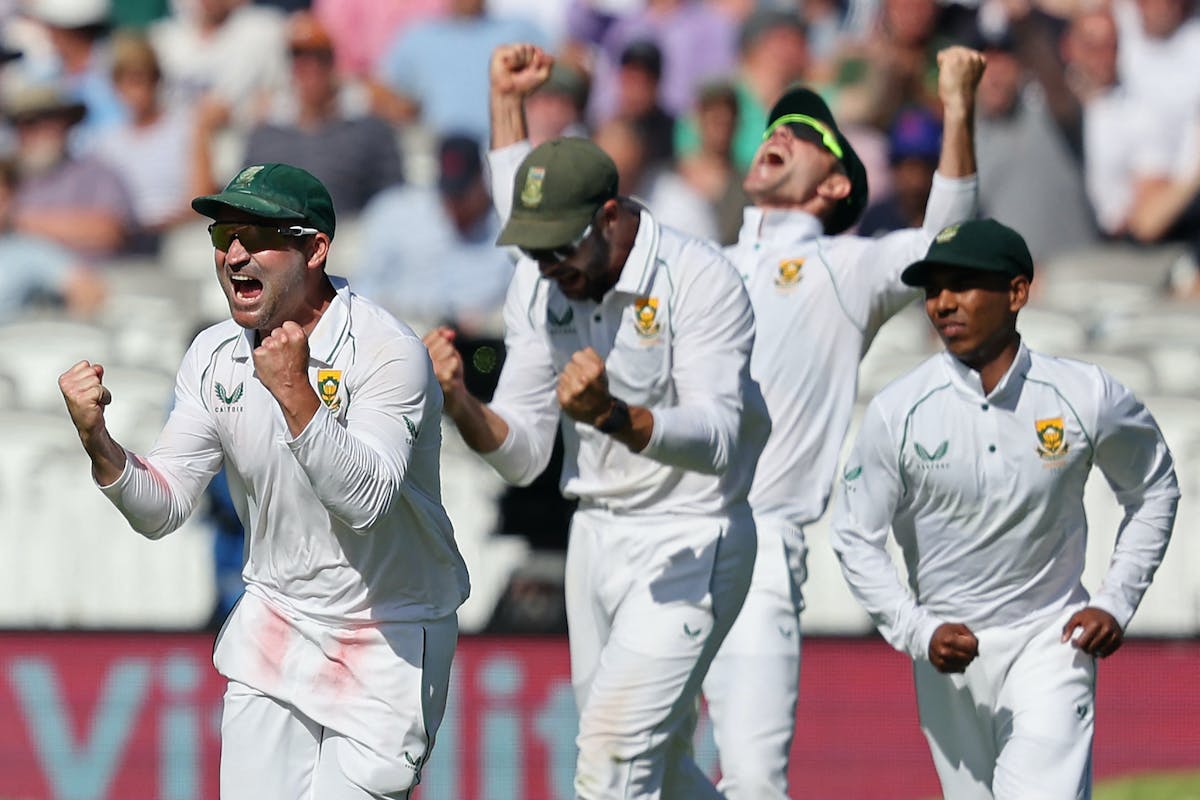 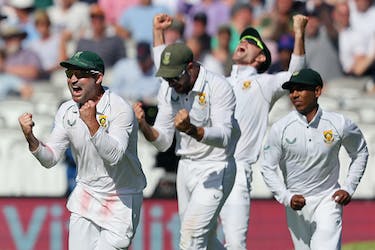 South Africa registered a resounding innings and 12-run win in the first Test at Lord's, finishing the match in just six sessions. Resuming the day at 289 for 7, 134 runs ahead, South Africa were bowled out for 326, securing a lead of 161.

South Africa bowlers led by Kagiso Rabada and Anrich Nortje put on a tremendous show with the ball on to bowl England out for just 149. Rabada was named the player of the match his seven wickets in the match that including a spell of 5 for 52 in the first innings.

South Africa captain Dean Elgar complimented his side's backroom staff for this emphatic victory. "We thought they'd bat hard and get a big lead. When it was our turn to bowl, we had to put the ball in the right areas," Elgar said after the match.

"The guys did a great job. Very grateful for a young side. I have got a great think-tank behind the scenes. Good coaches who give great advice."

Losing for the first time as England's permanent Test captain, refused to blame the lack of red-ball cricket for a few players ahead of the game as the reason for the loss.

"I don't want to make excuses. Maybe there was a case for some of the guys to get a first-class game, but I don't want to be talking about it. (Next game) Probably win the toss," Stokes who scored 20 in each innings said.

Chuffed with his performance in the match, Rabada said the key is to acclimatise quickly.

"The pitches here are different, bowling with the Duke's ball is different. It's about adjusting your lengths and getting used to the ball," Rabada, who became the third fastest South African bowler to 250 Test wickets, said.

"Always special to contribute to team success. For us to get over the line, especially at Lord's, is really special. I didn't even know about the stats. All I try and do is repeat my processes and get into the contest and do what's best for the team and for myself," he added.

With the disappointment of the Lord's Test behind them, England will look to level the series in the second Test at Old Trafford, which kick starts on August 25.