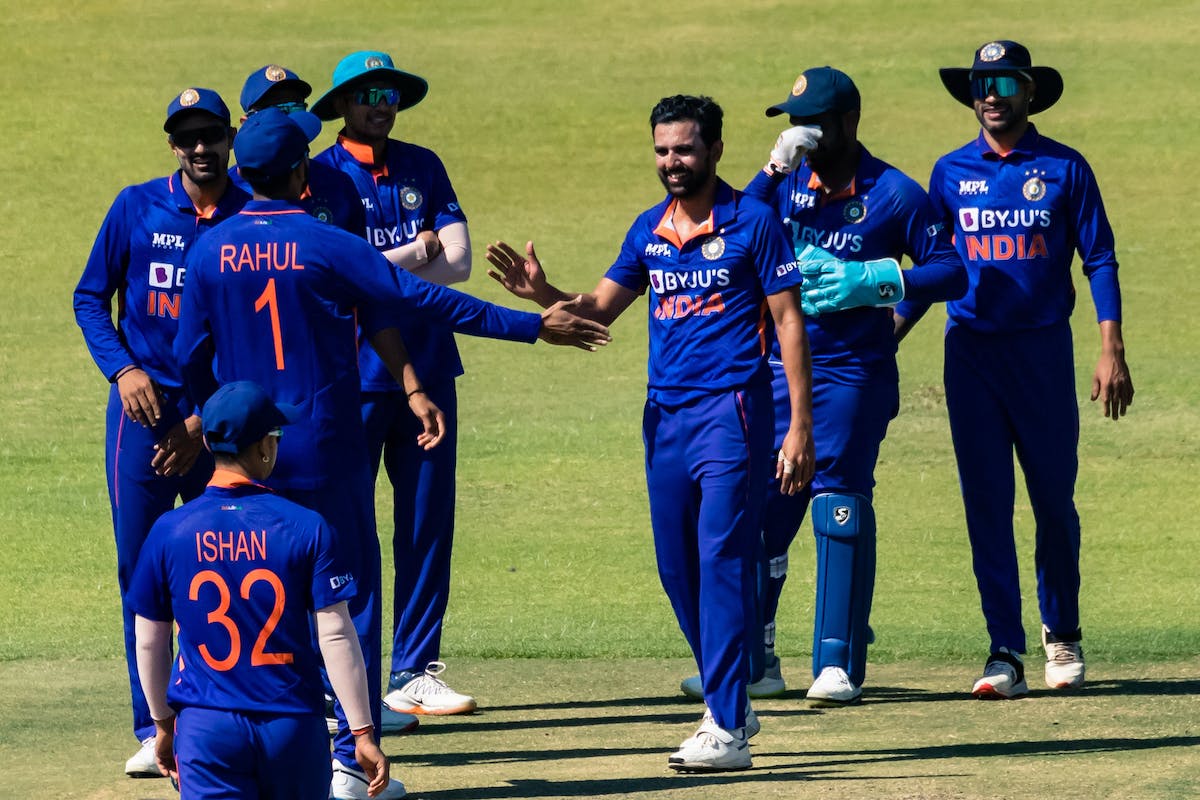 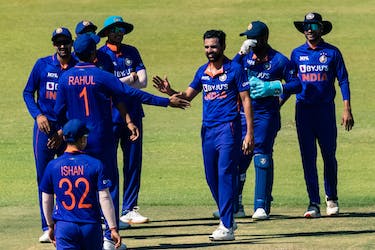 Donning the blue jersey for the first time in six months after a long injury lay-off, the fast bowler hit the straps right away with figures of 3/27

Pacer Deepak Chahar made an impressive comeback to international cricket with an incisive spell and openers maintained their consistency as India outclassed Zimbabwe by 10 wickets in the opening One-Day International (ODI) on Thursday (August 18).

Donning the blue jersey for the first time in six months after a long injury lay-off, Chahar hit the straps right away with figures of 3/27, which was instrumental in India restricting Zimbabwe to a sub-par 189 in just 40.3 overs.

With very little scoreboard pressure, it was a walk in the park for the Indians as the in-form opening pair of Shikhar Dhawan (81 not out) and Shubman Gill (82 not out) knocked off the target in just 30.5 overs.

With skipper KL Rahul foregoing his spot at the top of the order to let the in-form pair maintain its momentum, Dhawan and Gill scored their third half-centuries in the last four games. Not to forget that it was also their third century-plus stand from the start of the West Indies series. Their lowest opening partnership had yielded 48 runs in the second ODI in the Caribbean.

On a track that had something for the bowlers, the Indian openers did start in a sedate fashion but with very little on the board, it did not take them much time to accelerate.

Dhawan played his signature square cuts off seamers and lofted shots off the slow bowlers during his 113-ball knock while Gill played within himself for the first 30 deliveries before starting to chance his arms and surpassed his senior partner in terms of strike-rate, facing only 72 balls.

He played some eye-catching strokes on either side of the wicket, including a huge six over deep mid-wicket off Wessely Madhevere. Between them, they hit 19 boundaries in all.

Chahar sets up win on return

He was well supported by Mohammed Siraj (1/36), who worked up a brisk pace while bowling the ideal 'Test match length'. Prasidh Krishna (3/50) and Axar Patel (3/24) also got their share of middle and lower-order victims while Kuldeep Yadav (0/36) was restrictive despite going wicket-less.

It was the record ninth-wicket stand of 70 runs between Brad Evans (33) and Richard Ngarava (32) that took Zimbabwe close to the 200-run mark. None of the Zimbabwe batters looked comfortable during those opening overs as Chahar got a lot of deliveries to dart back late while some straightened after pitching.

Opener Innocent Kaia (4 off 20 balls) saw a ball climb up from back of length and Sanju Samson caught it on second attempt. His left-handed partner Tadiwanashe Marumani (8 off 22 balls) drove a fuller-length delivery that swung late and Samson had an easy catch.

Chahar's best delivery was the one that got Wessely Medhevere (5) which seemed like drifting on pads but swung away late squaring up the right-hander, who was found plumb in-front.

Once Siraj had Sean Williams caught at first slip by Shikhar Dhawan, there wasn't much resistance left in the Zimbabwean batting although skipper Regis Chakabva (35 off 51 balls) tried to put up a brief fight before Axar castled him.

Just at the start of his spell, Chahar was struggling a bit with his run-up but once he got his first wicket, it seemed that he could take a wicket with every delivery he bowled.

The banana inswing was back and more importantly, he was getting to move the ball late, causing a lot of doubt in batters' mind.

While Chahar has been kept on standby for the Asia Cup with Bhuvneshwar Kumar in the first 15, the tables could well turn once the Indian team touches base in Australia. This is because there will be at least one spinner less in the final composition of the squad as sides won't require four spinners for pitches Down Under.

Player of the match: Deepak Chahar