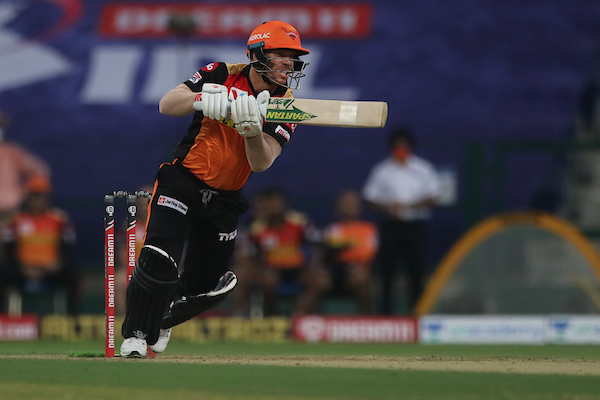 Delhi Capitals (DC) and Sunrisers Hyderabad (SRH) have endured contrasting fortunes in the 2020 Indian Premier League (IPL) thus far. While the Capitals have won both of their matches till date, the Sunrisers are coming into this match with no points on the board.

While SRH haven’t made an ideal start this season, they can take heart from their past record against DC, having defeated the Delhi-based franchise nine times in 15 matches. The team from Hyderabad have won three out of the last five fixtures between these two sides in the previous two seasons of the IPL. DC, though, had the last laugh last year when they defeated SRH in the Eliminator during the playoffs. 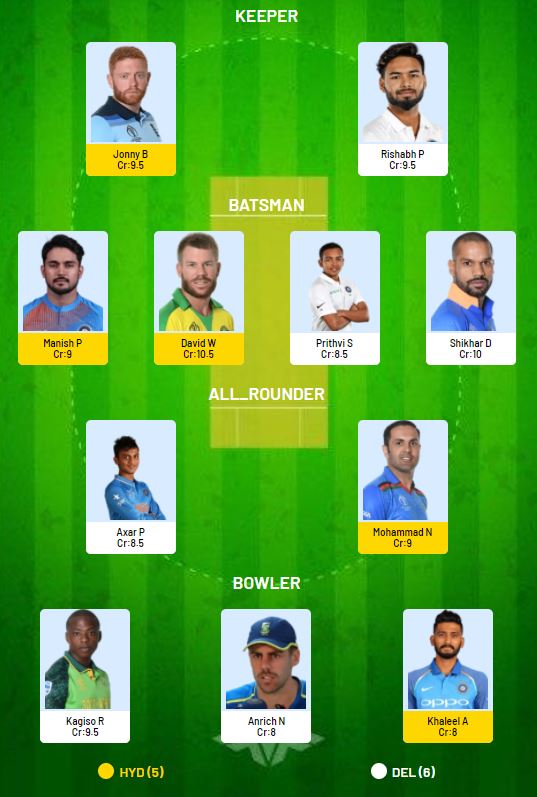 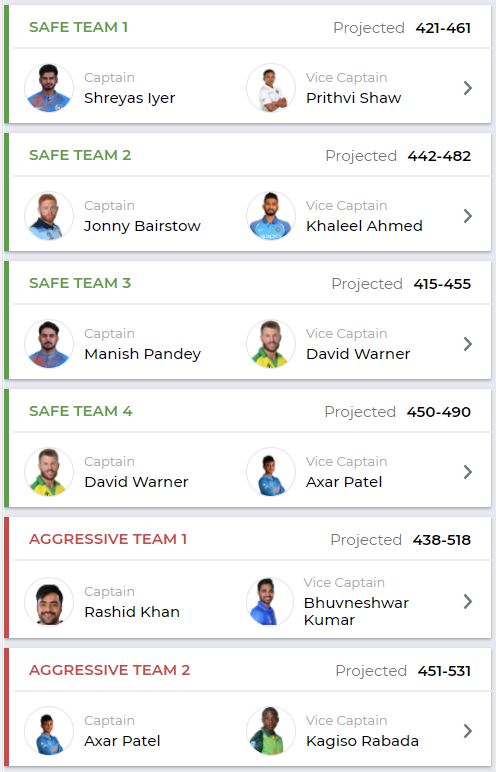 This will be the fourth match of the season at the Sheikh Zayed Stadium in Abu Dhabi. After featuring in two games in Dubai, DC will be playing in Abu Dhabi for the first time this season. On the other hand, Hyderabad played here against Kolkata Knight Riders (KKR) on Saturday.

When we consider T20 stats in Abu Dhabi since 2018, a wicket has fallen every 19.3 deliveries – this is the highest among the three stadiums that are hosting matches this season. But on the contrary, a run-rate of 7.4 is the lowest during the aforementioned period.

Since 2018, there’s nothing to separate teams batting first and second in T20 cricket here, with 14 wins each. 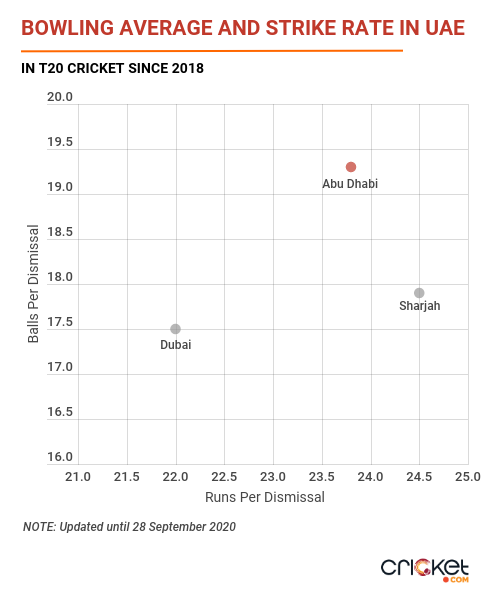 In the three matches this season in Abu Dhabi, pacers have taken 23 wickets while spinners have picked up 10. The faster bowlers have, in fact, bowled 59% of the deliveries and picked up close to 69.7% of the wickets to fall this season here thus far.

There are some very consistent batsmen playing in this match and it’s not easy to pick all of them. Shreyas Iyer is a player who is a must-have on most days, but due to budget constraints, we couldn’t pick him in our team. If you feel he is likelier to make a big contribution in this match than one among Shikhar Dhawan, Jonny Bairstow or Rishabh Pant, you could go with the Capitals skipper instead.

Watch out for any injury-related news regarding Manish Pandey and Ravichandran Ashwin as well. If they are playing, you’d want to pick them in your teams. 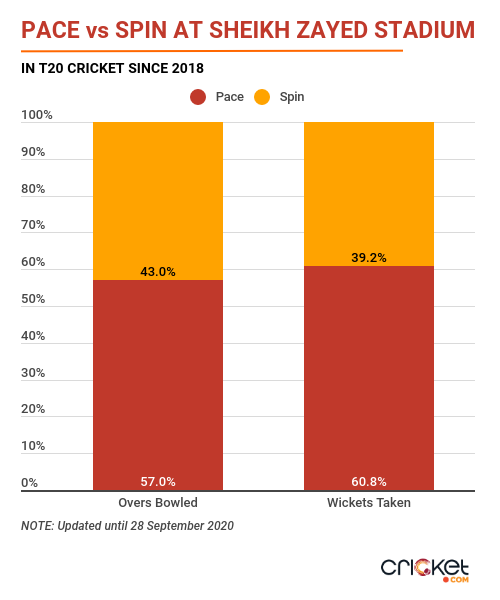 Prithvi Shaw was DC’s top run-getter in their victory against CSK on Friday. On the other hand, Bhuvneshwar Kumar hasn’t picked up a wicket in two matches so far this season. Up against a strong batting line-up, SRH will want to take early wickets to put pressure on their opponents. For that, they need a strong start from Bhuvneshwar against Delhi’s opening pair of Shaw and Shikhar Dhawan. 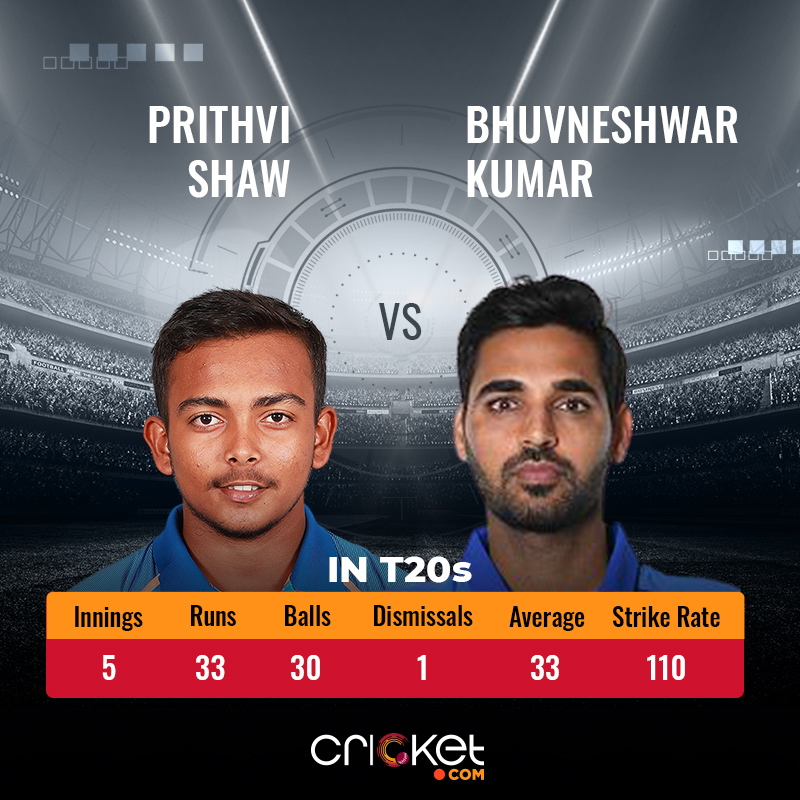 Many teams these days are happy to play Rashid Khan out – batting sides consider scoring at around six runs per over without giving him a wicket as a job well done. Rishabh Pant’s natural instincts, though, are to be aggressive against any bowler. So, this could be a really interesting contest. Till date, Pant has a batting strike rate of 145.9 against Rashid in T20 cricket. 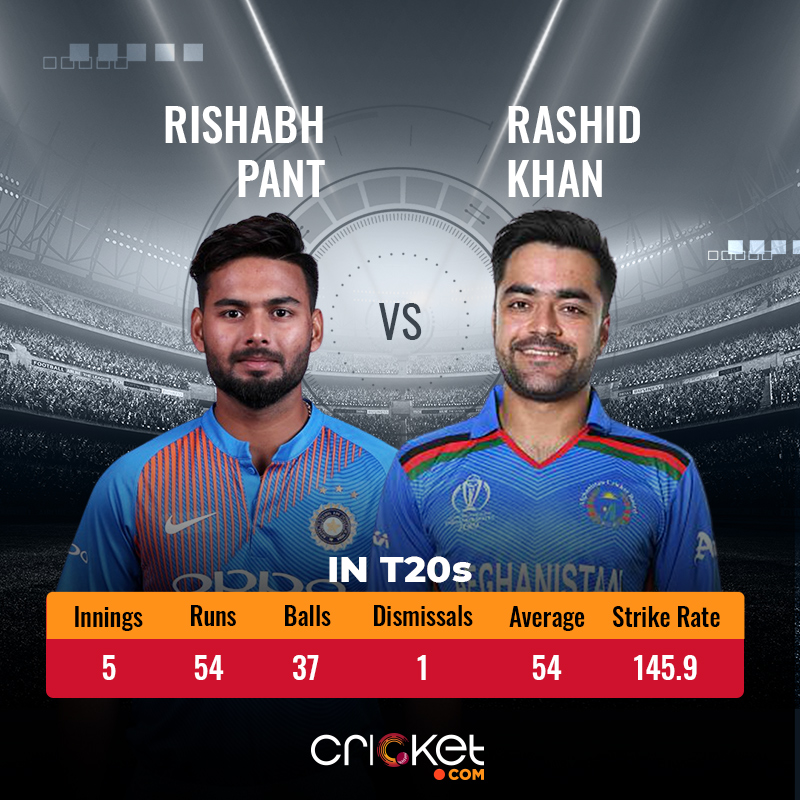 So far this season, Delhi have preferred to use Kagiso Rabada more in the latter stages of the innings. In two matches, he has bowled only one over each time during the Powerplay. David Warner has been SRH’s talisman over the years and, and with Rabada having dismissed the Australian opener thrice in 43 deliveries in T20 cricket, DC might be tempted in giving the South African pacer more of a go at the start. 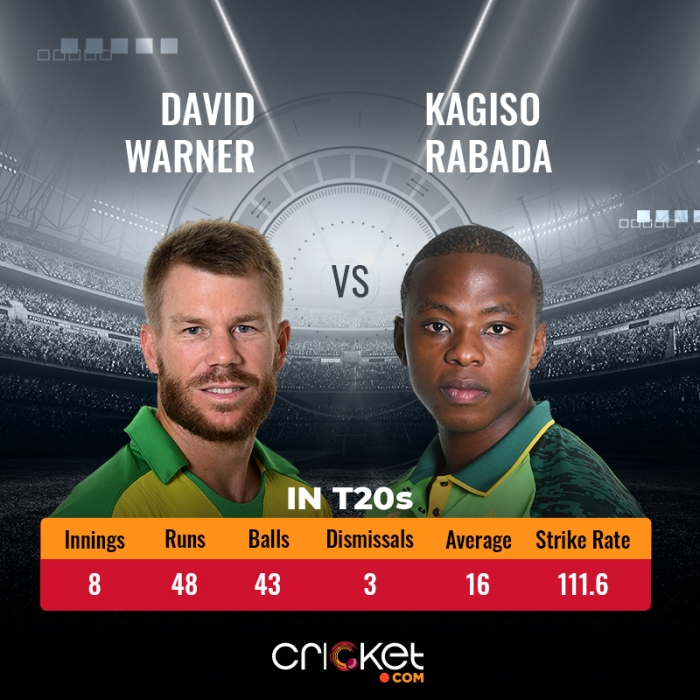 Manish Pandey went off the field with an injury against KKR. If he is fit for this match, then he will be expected to anchor the SRH innings in the middle overs. He is likely to come up against Axar Patel, who has had his number in T20 cricket so far. Pandey has been dismissed twice and has a batting strike rate of only 64.2 against Axar in the 20-over format. 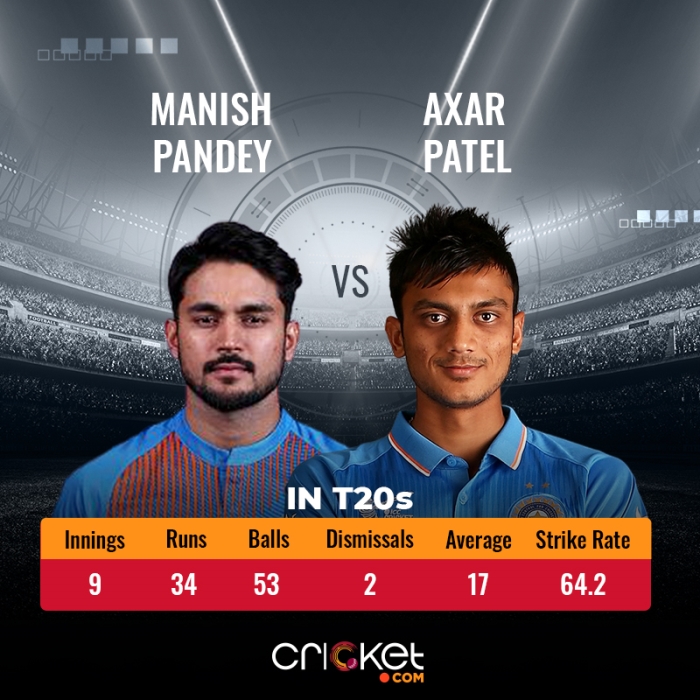 There are some outstanding captaincy options in this match and one of them is David Warner. After an unfortunate run-out at the non-striker’s end in the match against RCB, Warner scored 36 against KKR on Saturday. Warner is usually a safe option as captain because of his mind-boggling consistency in the IPL. In every season he has played since joining SRH, he has averaged over 40 with the bat. His averages in IPL 2016, ’17 and ’19 were 60.6, 58.3 and 69.2 respectively.

While Warner has set the benchmark for consistency when it comes to batting in the IPL, Kagiso Rabada has done so with regards to bowling over the last couple of seasons. In 20 IPL matches, Rabada has a strike rate of 12.7 which is equivalent to almost two wickets in a four-over spell every match. He has taken at least one wicket in his last 16 IPL matches and at least two wickets in his previous nine IPL matches which is an incredible run.

After missing out on the first game, Mohammad Nabi came into SRH’s XI for the fixture against KKR. If he plays this match, he could be a good pick considering four out of Delhi’s top seven batsmen are left-handers. In 2020, Nabi has a bowling strike rate of 19.3 and an economy rate of 5.5 in 20 innings against left-handers in T20 cricket. He could also score some important runs as well.

Rishabh Pant has made useful contributions with the bat in both his innings this season thus far. One of the main reasons he has been picked as an X-Factor for this match, though, is his record against SRH. In nine innings against the Hyderabad-based franchise, he has notched up 328 runs at an average of 46.9 and a strike rate of 162.4. He could also give you some important points with his wicketkeeping.

Interestingly, two-time IPL-winning captain Gautam Gambhir hasn't selected Warner or Dhawan in this team. Here's what his fantasy XI looks like for this match.