Disciplined Hyderabad finally on board with 15-run win 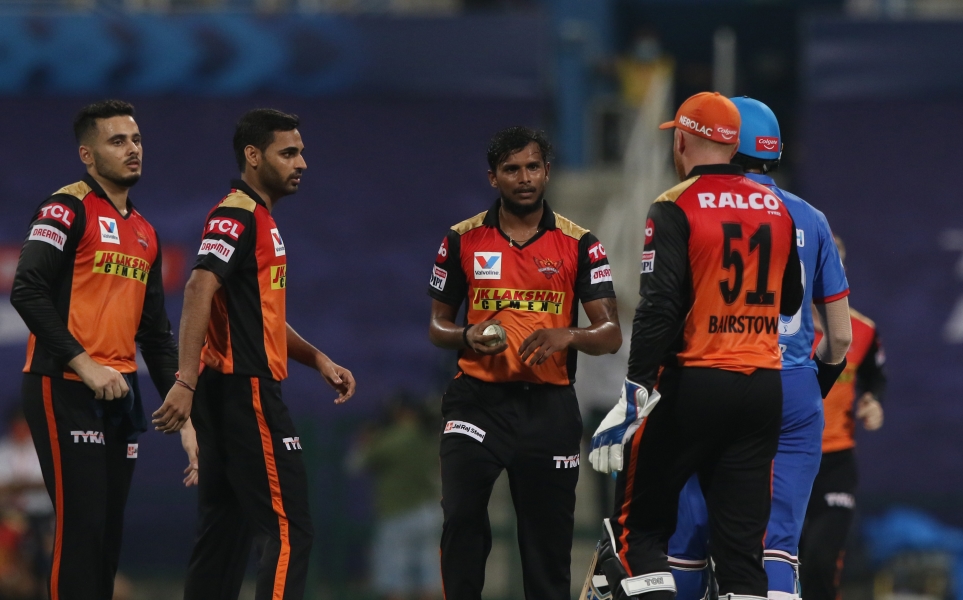 Disciplined Hyderabad finally on board with 15-run win

After two frenetic games, the 13th edition of the Indian Premier League finally had a straightforward result but it wasn’t the more fancied side that took the honours home. Instead, Sunrisers Hyderabad who had lost both their opening matches got the better of the unbeaten Delhi Capitals by 15 runs to finally register themselves on the board.

It was a classical Hyderabad set up, one that has seen them win so many IPL games over the years – bat first, manage a par total, be economical in the Powerplay overs and then unleash Rashid Khan. All factors worked for the Orange Army perfectly as defending 162/4, Rashid’s miserly spell of 3/14 backed by a two-wicket burst from Bhuvneshwar Kumar helped Hyderabad restrict Delhi to 147/7. 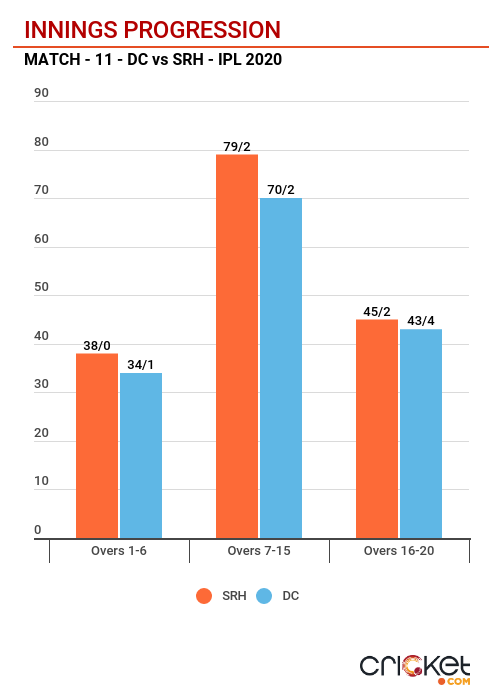 Electing to field first, the Delhi bowlers started off well not giving either Jonny Bairstow or David Warner anything to work with. Shreyas Iyer rung in the changes and Delhi should have had Bairstow in the penultimate over of the Powerplay but the Delhi captain dropped a tough chance at mid-on.

Despite not losing a wicket, Hyderabad were slow in the first 6 overs and it was only Warner's consecutive boundaries in the final over of the Powerplay that helped them go par on 38/0, incidentally their slowest start this season.

A boost to the run rate was needed and as expected it was Warner who stepped his foot on the gas. Hyderabad scored 35 runs in three overs post the lifting of the field restrictions as Warner first pumped Ishant Sharma straight over his head for a six before reverse sweeping Amit Mishra for a four. The experienced leg-spinner, however, had the last laugh when going for a similar shot, Warner gloved one to Rishabh Pant to fall for 45. Mishra then struck once again removing Manish Pandey for 3 as Hyderabad slipped to 92/2 in the 12th over.

Hyderabad’s sore spot, their middle-order was exposed once again but there was one difference this time around – Kane Williamson. The New Zealand international never looked the like break affected him as the silken drives and backfoot punches were on display from the outset. Bairstow, at the other end, did reach his half-century but fell soon after to Rabada for 53 in the 18th over.

Hyderabad needed a big flourish in the end and Abdul Samad, on IPL debut provided that as he smashed Nortje for a four and a six off consecutive balls. Williamson fell in the final over of the innings but not before smoking 41 off just 26 balls to help his side go past the 160-run mark. 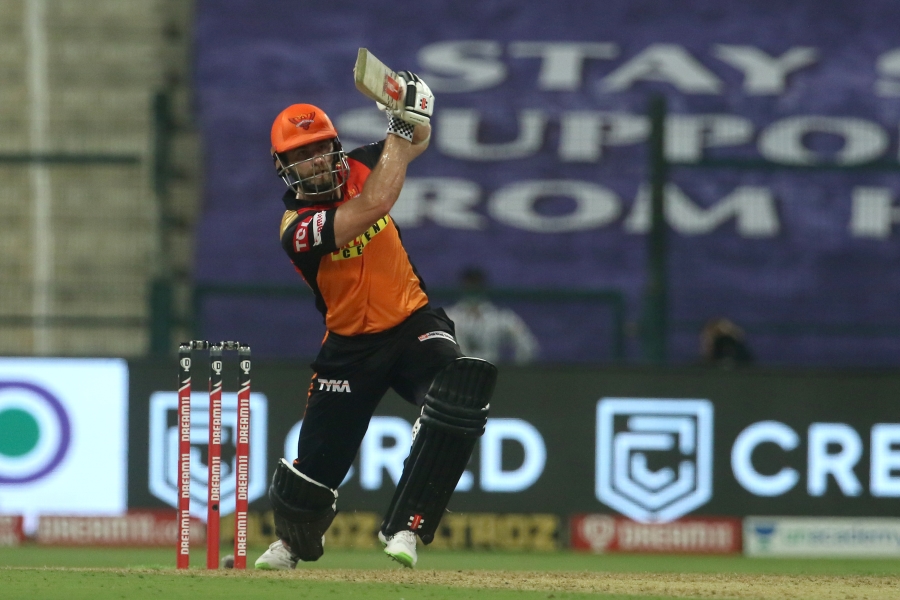 Hyderabad needed a strong start to have any chances of defending 162 and the bowlers set it up nicely. Bhuvneshwar Kumar had his swing working early and an away going delivery caught the edge of Prithvi Shaw's bat for 2. Hyderabad were disciplined with their lengths as Delhi could only muster 34/1 after 6 overs.

The middle-overs were all about the Hyderabad spinners working their magic. Rashid Khan is expected to but Abhishek Sharma was the surprise package with the 20-year-old being miserly despite bowling to two left-handers for a chunk of his spell. Such was the choke set by the spinners that Delhi managed only 1 four between overs 7 to 12. During this interval, they also lost Iyer and Dhawan, both to Rashid.

With the scoring rate soaring above 12 runs per over, Pant and Shimron Hetmyer were key. The duo did strike some hefty blows but they came too few, too late. Both batsmen, who have in the past dominated Rashid looked reluctant and were just not able to get him away.

Bhuvneshwar then removed Hetmyer first ball of the 16th over with the southpaw hitting a slower ball straight to Pandey at long-off to fall for 21 off 12. The final nail in the coffin was when Pant (28) hit a loopy leg-break from Rashid to Priyam Garg at deep square leg. Rashid finished with exceptional figures of 4-0-14-3 and was unsurprisingly named Player of the match. 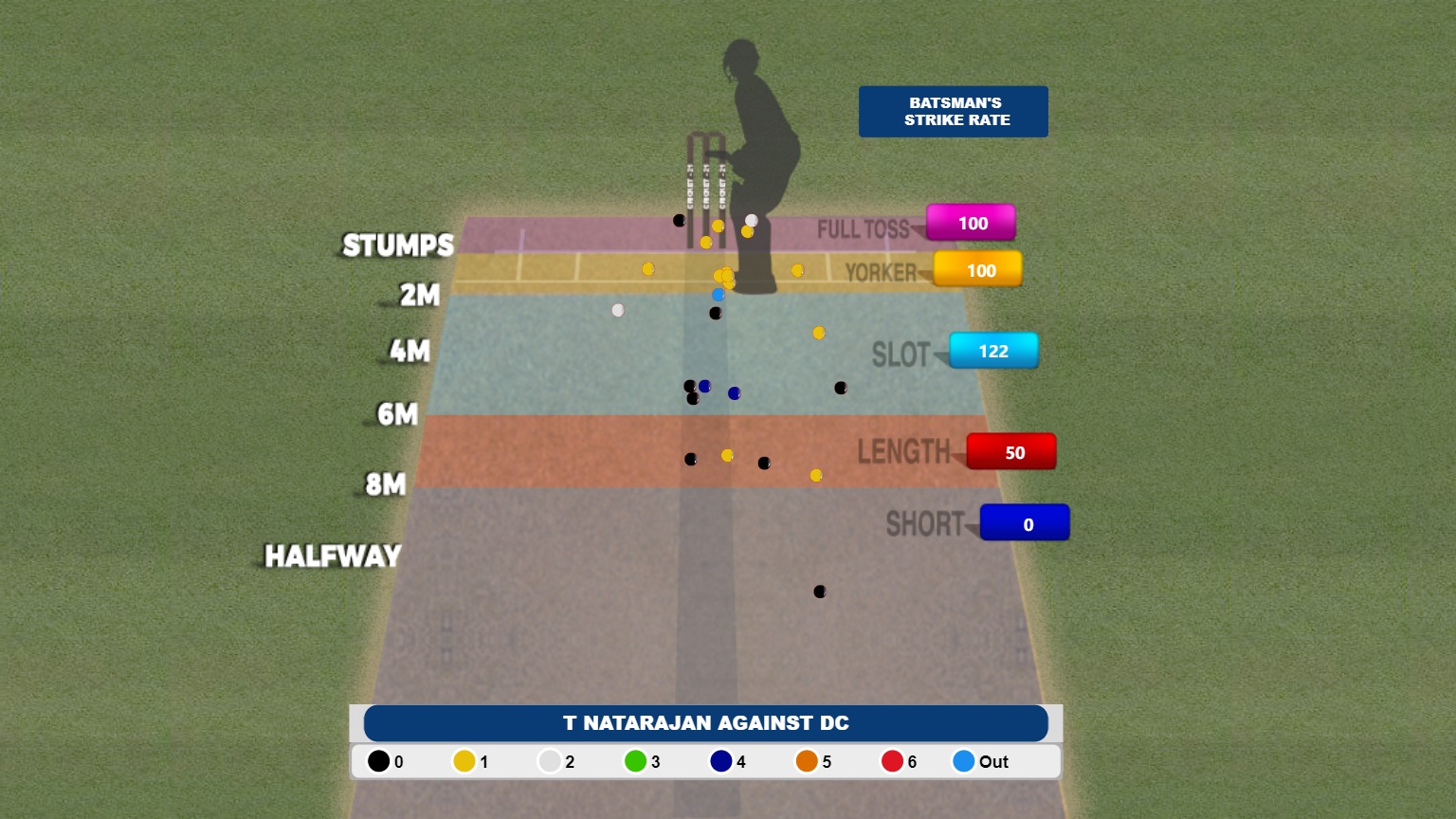 The other bowler who must be complimented greatly is T Natarajan. At a time when most bowlers are wary of delivering the yorkers, Natarajan nailed them to T, almost giving nothing away. In all, Natarajan executed six yorkers to perfection and was rewarded with Stoinis' wicket to finish with figures of 1/25 off his 4 overs.

Delhi needed 28 to win in the final over but with all the big hitters out of the equation it was always going to be tough. Khaleel Ahmed bowled a good over which also saw him castle Axar Patel as Hyderabad finally claimed their first points of the season.

The win finally sees Hyderabad off the bottom of the table. They are now placed at the sixth position with Delhi dropping down to second place. 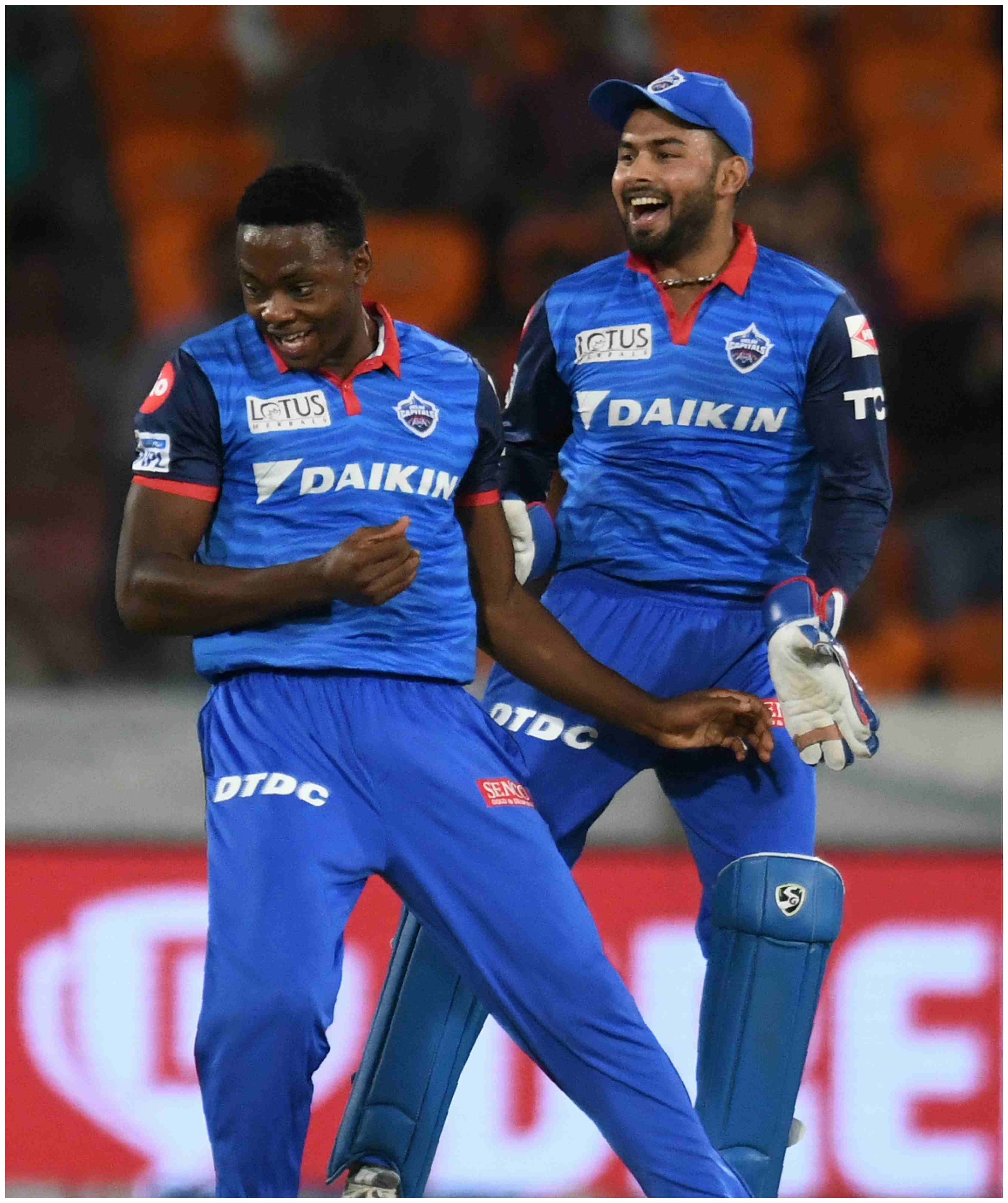 ANALYSIS
Rabada and Co. take Delhi Capitals to the second spot in the points table
DC defended a total of 155 against SRH despite Warner's fifty