Delivery to Taylor was dream ball for any fast bowler: Siraj 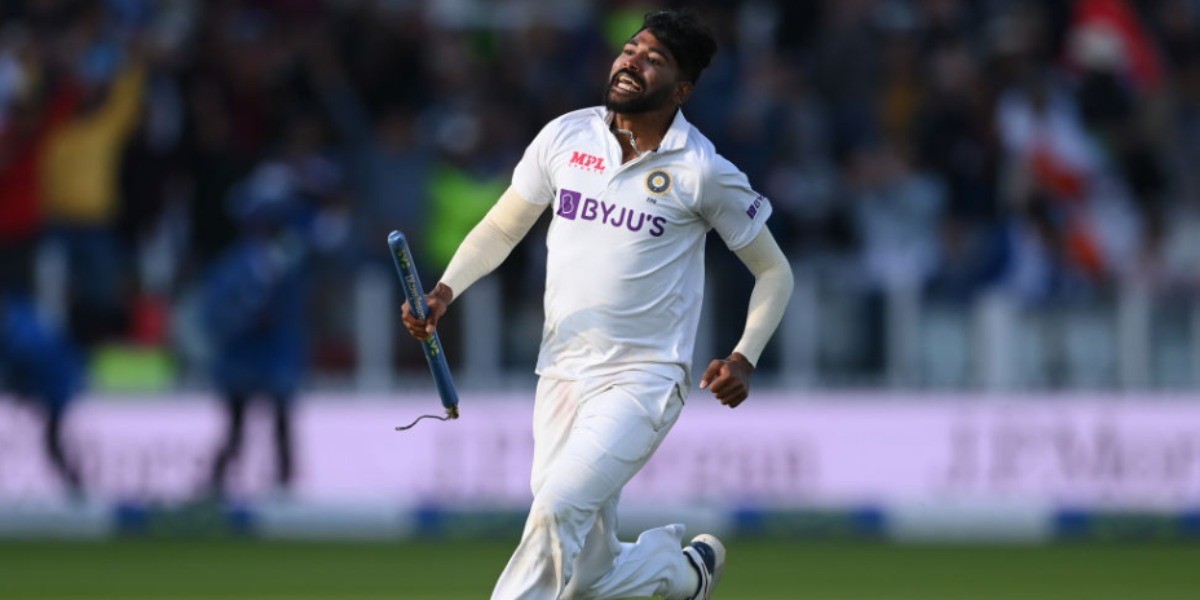 Delivery to Taylor was dream ball for any fast bowler: Siraj

The first couple of days at the Wankhede Stadium is known to be best suited for the batters. However, Day two of the second Test featuring India and New Zealand showcased tremendous skills of the bowlers from both sides as 16 wickets fell, resulting in the home team gaining absolute control of the game.

While Ajaz Patel etched his name in the history books by becoming the third bowler to pick up ten wickets in an innings, a young pacer in Mohammed Siraj dented the visiting side with three wickets in his opening spell.

The 27-year old played a crucial role in helping the team bowl out the Kiwis for 62 runs in the first innings as he scalped three wickets in quick succession, including the prized wicket of Ross Taylor for a solitary run.

In a press conference post the end of day's play, Siraj shared insights on the plan and the delivery to Taylor by saying, "The plan was that we had set the field for an inswing delivery and to hit the pads, but the way I was building my rhythm, I thought why not bowl an outswing. It was a dream delivery for any fast bowler."

A split webbing in the first T20 International against the same opposition in Jaipur kept Siraj out of action for an extended period. While he was fit and raring to go in the Test series, the team management opted for the experience of Ishant Sharma.

"When I resumed training after getting injured, I did a lot of single wicket bowling with an aim to get as much swing as possible. That was my focus. As and when I would get a chance in the Test match, I had to consistently hit one area, and that's what helps me in building my rhythm," he said.

One of the striking features during his spell on Day two was his ability to bowl quick and make the batters play most of the deliveries. He also made use of the bouncer to dismiss Tom Latham with a 147kmph plus delivery.

"I wanted to pitch it on stumps and hit one area consistently as it creates a problem for batters. The batters start leaving deliveries if you start bowling outside the off-stump," he said.

With the wicket known to assist the spinners as the Test match progresses, Siraj knew the spinners would bowl long spells and wanted to go at full tilt in whatever length of his spell the captain asked him.

"I knew I would get 3-4 overs of spell and wanted to bowl with full intensity," he concluded.