Dew made it tough for us to defend the score: Rahul 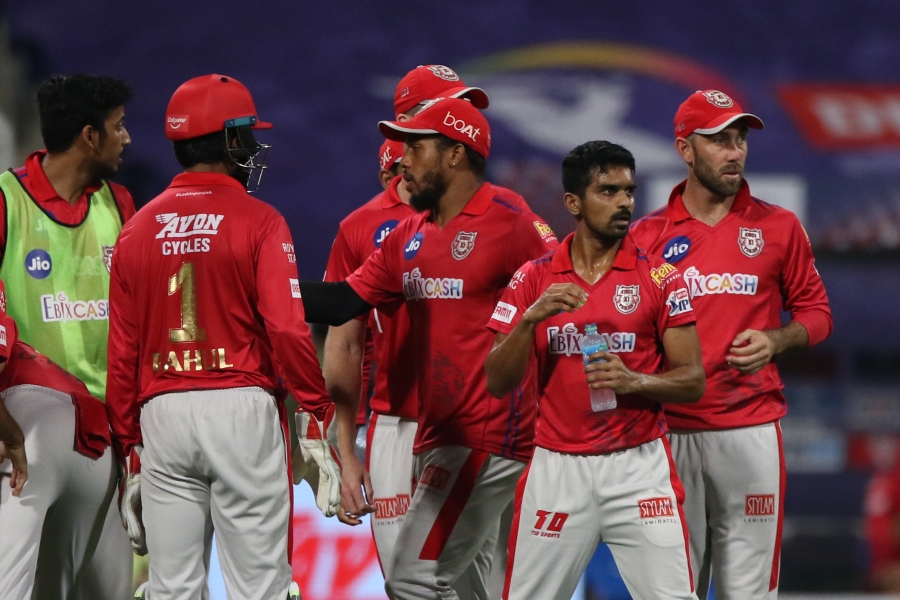 Dew made it tough for us to defend the score: Rahul

Sent in to bat, KXIP posted a decent 185 for four but RR overhauled the target without much ado, scoring 186 for three in 17.3 overs

Kings XI Punjab captain KL Rahul blamed his side's inability to defend a decent total against Rajasthan Royals in their IPL match to the dew factor, saying it made life miserable for his bowlers, especially the spinners as they struggled to grip the ball.

Sent in to bat, KXIP posted a decent 185 for four but RR overhauled the target without much ado, scoring 186 for three in 17.3 overs.

"It was a horrible toss to lose to be honest. It did get very easy to bat later on. There was a lot of dew in the second half and that made it a bit tough for the bowlers to grip the ball," Rahul said at the post-match presentation.

"When you're operating with two legspinners like we are, it does make things difficult. Don't think we bowled that badly but need to operate better with the wet ball. The dew has been unpredictable this season. You can't prepare for it but need to adapt to it."

Talking about their campaign, Rahul said: "The season has been such that nothing has come easy. We've had to work hard for every point. No surprise that it has come down to the last game."

'Will hopefully sneak in on number four position'

"We'll try finishing on a winning note and hopefully sneak in on the number four position," Rahul said at the post-match press conference after the game against RR.

While Rahul did not mean to take anything away from Rajasthan Royals' win, he said dew played a big part in the outcome and that his bowlers would need to operate better with the wet ball. "We did discuss before the game. It was an important game for us. If I would've won the toss, I would've chosen to bowl as well because we expected dew later.

"We've seen dew so many times in IPL as well as international cricket. Our bowlers have done really well this season and one game doesn't change much. We must keep our heads high and come back stronger in the next game. "One of the big reasons why the Royals could bat their way was the dew factor. Not taking anything away from their batsmen. They did put pressure on our bowlers and used the powerplay efficiently.

"Every batsman who came in started striking the ball and hitting boundaries. It worked for them and dew was a big reason behind that," he added.

"No one will say he's 41. He still looks like the Gayle when he first burst out in the IPL," Rahul said.

Rajasthan Royals' Rahul Tewatia said the back-to-back wins -- against defending champions Mumbai Indians and Kings XI Punjab -- showed the team's character. "We have a strong batting unit and everyone is playing with responsibility. Earlier, we used to lose wickets in the powerplay. Now, every player is taking responsibility.

"We're clicking with the bat and wins against MI and KXIP show the character of the team," Tewatia said at the post-match presser.

He praised the recent performances of Ben Stokes and Sanju Samson -- both shone in the game against KXIP and ensured Gayle's blazing knock went in vain. "Our top order is scoring runs and our middle order also looks stronger. Everyone is taking responsibility and that's showing in the results. Our coach had also told us to show intent and deliver our 100 per cent on the field.

"Ben Stokes is giving us good starts and Sanju Samson is also delivering strong performances with the bat," he said.

Tewatia, who took a fine catch to send back Nicholas Pooran, lauded his side's fielding. "Fielding is all about confidence and we've been working hard in practice sessions too. We adjusted well according to the lights and put up a strong fielding performance. "Ben Stokes is one of our best fielders and he took a brilliant catch to boost our morale. Talking about my catch, I was at the boundary line and I jumped at the right time to pull it off," he said.

'The season has ebbed and flowed'

RR skipper Steven Smith was a happy man after his side notched up back-to-back wins but said they still have a job at hand when they face Kolkata Knight Riders in their final league match.

"The season has ebbed and flowed, yes. Would have been nice to have a couple of wins in the middle. We still need to do a bit to make the playoffs, and we need things to go our way. Having said that, if that happens, we are playing very good cricket," he said.

On Sanju Samson's run-out on 48, Smith said, "It was unfortunate, but you take positives from every situation. It gave Jos a chance to bat after a five-day break. He hit them well so this is a good sign.

"Sanju started the tournament really well, then in the middle couldn't get going, but that is T20 cricket. You have got to keep trusting the process."

Ben Stokes was the star performer for the team as he smashed a whirlwind 50 and also claimed two wickets.

"Ben is a class player, plays proper shots, hits balls in weird areas, and did a job with the ball too. One of the best in the world," Smith said.

Stokes, who was adjudged the Man of the Match for his all-round show, said he came into the game with the same mentality as he was against Mumbai Indians.

"I think when you are in a position like we are, you have nothing to lose. We are still hanging in. That is pleasing. The sixes are always pleasing. I went in the same mentality like I did against MI. Wanted to go hard with the new ball," he said.

"We had a decent break from the last game. We normally have a quick turnaround. I cut down on the bowling part in the break to remain fresh."