Don't think India will be under pressure: Dasun Shanaka 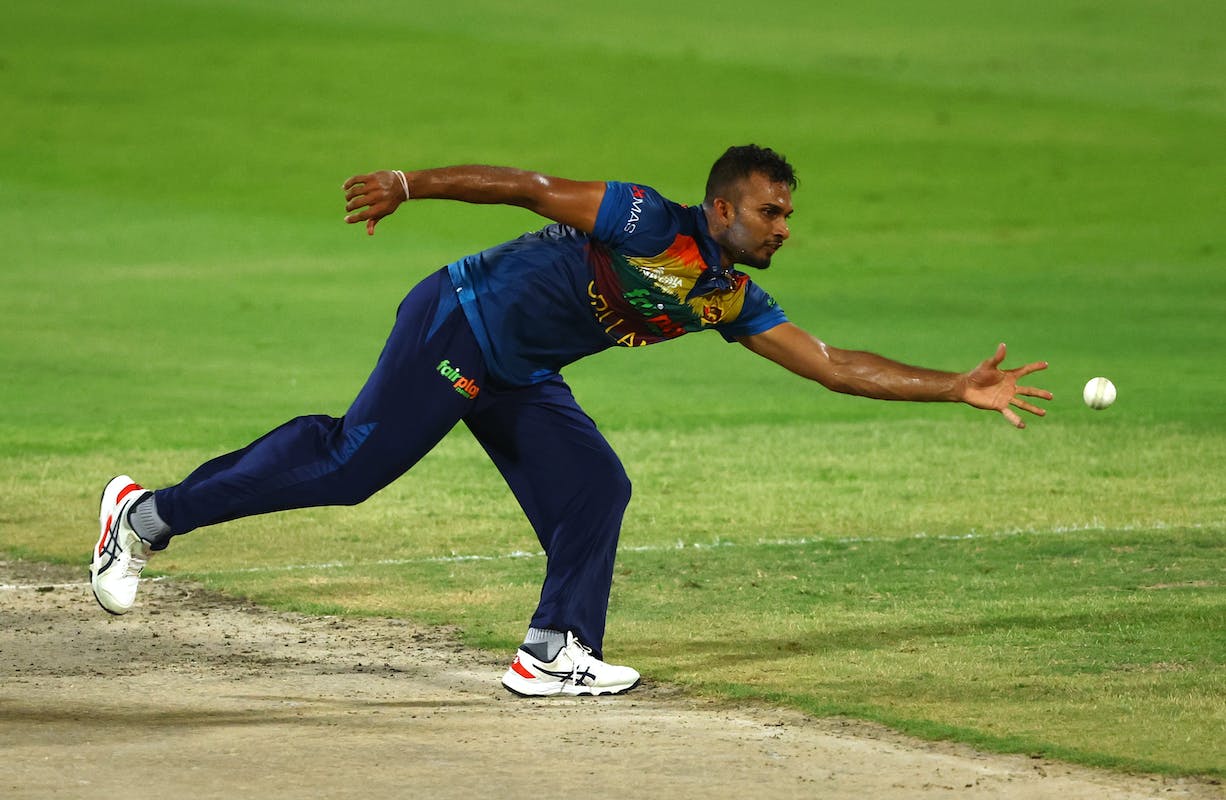 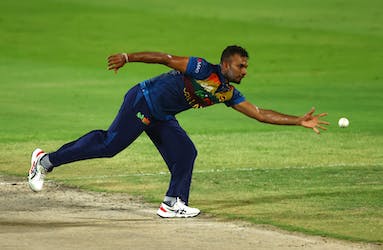 Don't think India will be under pressure: Dasun Shanaka

Despite losing to Pakistan in a last-over thriller, the Sri Lankan skipper feels India have the experience to handle the pressure of being the reigning champions

The stage is set for a classic showdown as India rekindles their rivalry against Sri Lanka to keep their hopes alive in this edition of the Asia Cup. After a heartbreaking loss to Pakistan in the first match of the Super four, the Men in Blue will aim to solve their combination conundrum and iron out the minor chinks in their armour in the upcoming two games.

On the other hand, Sri Lanka will set foot at the venue riding high on confidence after their dominant four-wicket win over high-flying Afghanistan. Barring the first game against Afghanistan, Sri Lanka have been consistent with the bat and will be keen to produce yet another clinical performance.

In a pre-match press conference ahead of the high-voltage clash, Dasun Shanaka shared insights on the importance of the top order scoring consistently.

"Our strength has been our batting, and if the batters come good, we have a good chance. The key is to build partnerships, and if we can have more partnerships at the top of the order, I feel we are more in the game," he said.

"Our approach will remain the same for the game, and we will look to play in a positive manner. We will prepare well today and carry the same mentality in the match," he further added.

And Shanaka is spot on with his analysis as the two matches that Sri Lanka have won in the Asia Cup have been mainly due to the consistent performances by the batting unit.

However, the same cannot be said about their counterparts, as India failed to make optimum use of the foundation laid by the openers in the last game and managed to score 181 runs in the first innings.

"They have a very good lineup with their openers and top order scoring a lot of runs which has been the key to their success. Hence it is important for our bowlers to be consistent and do well in the game," he said.

"Playing against any of the international teams is a challenge, and we all know how good Virat Kohli is. Though he was criticised in the media, he is a very good player and in form, but there is no special plan," he added.

The Indian batting unit has struggled against spinners in the recent past, and Shanaka hopes his two quality spinners, Maheesh Theekshana and Wanindu Hasaranga, can weave their magic.

"Whatever the opposition, the spinners are our main bowlers, and they have to deliver. They did not bowl well, particularly against Bangladesh, but we hope they do well against India. The conditions will also be very different, and we never know until we go to the game," he said.

While India are missing Jasprit Bumrah and Harshal Patel due to injuries, they will be hoping their young bowlers to take shoulder the responsibility of the side and bounce back in the coming games.

However, Shanaka believes they have a wealth of experience, and it will be a challenge playing against them. "They had a very good game last night, and there is nothing called being under pressure because they are playing good cricket and will be well prepared for tomorrow's game," he said.

Despite Sri Lanka being the host nation, this edition of the tournament has all been around India and Pakistan's rivalry. However, the 30-year-old is keen to focus on his team and the brand of cricket played by them.

"When it comes to Asian cricket games, everybody talks about India and Pakistan matches, but we have a very good team, and I believe in them. I don't mind about the talks, but the focus is to play the way we have been playing," he concluded.