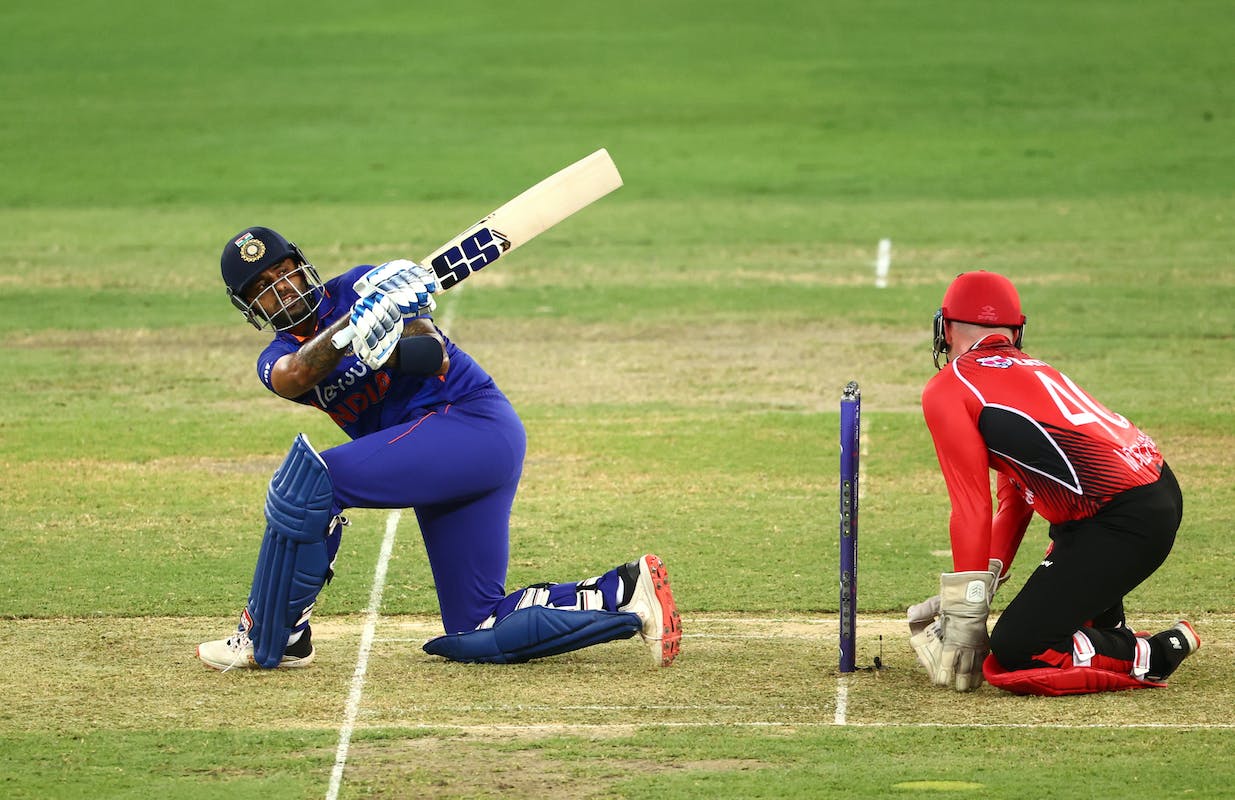 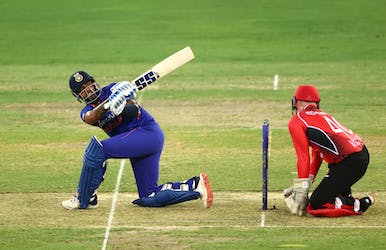 On Wednesday, India became just the second team in the last three years to successfully defend a target in Dubai in T20Is

On the back of his side’s 40-run victory against Hong Kong on Wednesday, Suryakumar Yadav admitted that batting first is a ‘challenge’, but shot down suggestions that toss could become a ‘deciding factor’ in this Asia Cup, with teams tending to get a seemingly big advantage while chasing. On Wednesday, India became just the second team in the last three years to successfully defend a target in Dubai (in T20Is), restricting Hong Kong to 152/5 after posting 192 batting first.

“Toss is not actually a deciding factor. When you bat first, you’ve to go there, express yourself and set a competitive target - which we’re trying to do.  It’s a challenge, for sure, but I don’t think it will be a deciding factor. We didn’t see any dew out there,” Suryakumar said at the post-match press conference on Wednesday.

India, against Hong Kong, posted the highest first-innings total at the Dubai International stadium since the start of 2021, and Suryakumar revealed that one of the factors that aided the side was the role clarity that was present within the batters. Batting first proved to be India’s kryptonite in the 2021 T20 World Cup, but the 31-year-old insisted that the side currently has enough firepower to take the toss out of the equation.

“Batting first is definitely a tad challenging. On the night, we kept assessing what would be a good total, how the tempo should be like and how we should go about business at the back end.

“It helps when the role for each batter is well defined. Even if I hadn’t fired, one of Pant or DK bhai or Jaddu bhai would have done the job for the side. There is enough firepower in the unit to post very good first innings totals,” Surykumar said.

Post the game, skipper Rohit Sharma said that he felt the team could have done better with the ball in hand. Suryakumar admitted that India would have liked to have registered a bigger margin of victory, but the right-hander credited Hong Kong for showing fight and revealed that the team are still chuffed with registering a handsome win.

“We tried our best to widen the winning margin but Hong Kong showed very good fight at the end. They have also done a lot of things right to qualify for the Asia Cup. They played really well and in the second innings, the wicket also became a little easier to bat. Credit goes to them. We’re still very happy with the victory.”

On the night, Suryakumar finished with an astonishing SR of 261.54, but India were reeling in third gear when the right-hander walked in, 94/2 in 13 overs, with both KL Rahul and Virat Kohli struggling to gain rhythm. Rahul, in particular, had a mare, amassing 36 off 39 balls.

The 31-year-old, who looked like he batted on a different wicket, asserted that he was the beneficiary of a crystal clear game-plan, and further revealed that Kohli, out in the middle, advised him to simply go and express himself.

“At the beginning the wicket was a touch slow, but out in the middle, Virat bhai asked me to go and express myself. I had a very clear game plan and the knock was very enjoyable.”

Criticism came KL Rahul’s way both during the game and after his innings, but Suryakumar defended the opener, claiming that the 30-year-old needs time to get back into rhythm, having spent a lengthy period on the sidelines.

“He is returning from injury, he needs time to get into rhythm and thankfully we have time on our hands right now,” Suryakumar said of Rahul.

Rahul’s knock was one of the downsides for India on Wednesday, alongside the spells of Avesh Khan and Arshdeep Singh, who between them conceded 97 off 8 overs. Avesh, in particular, had a night to forget as he leaked 53 runs in his spell, going at an eye-watering economy of 13.20.

But despite both Avesh and Arshdeep enduring tough nights, Suryakumar praised the efforts of the young seamers and insisted that they were unlucky to run into ‘one of those nights’ where nothing goes an individual’s way.

“Both Arshdeep and Avesh bowled well. It happens that on certain occasions, bowlers undergo off-days. There was no shortage of effort from them on the night. Right now, I feel everyone’s in a good space, bowling well.”