Dravid sir told me to play my natural game: Shaw 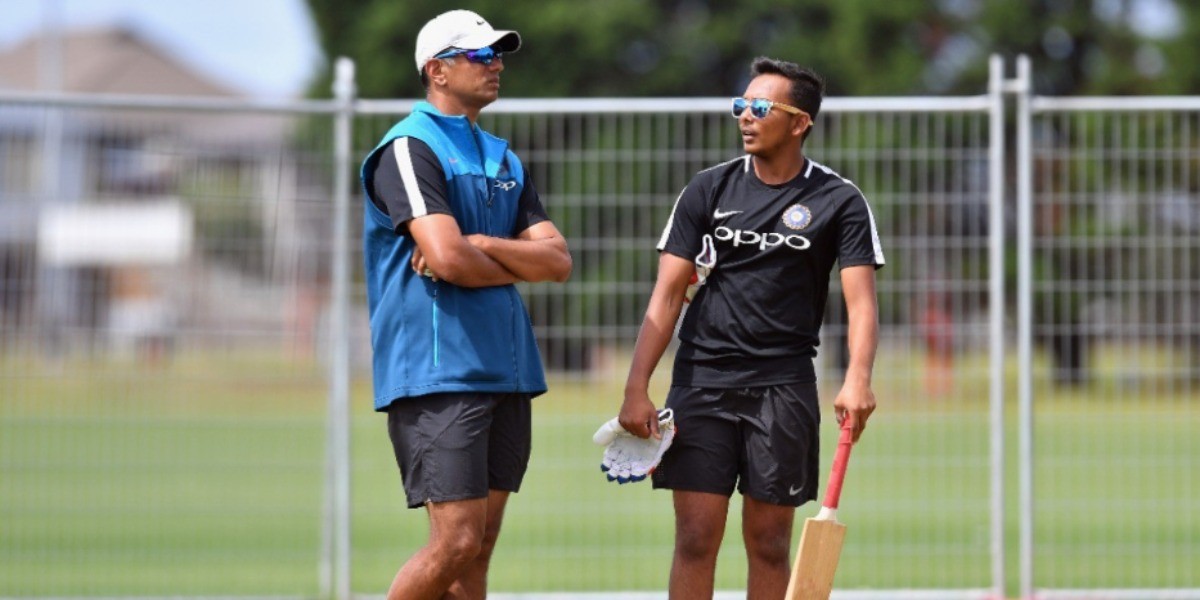 Dravid sir told me to play my natural game: Shaw

The swashbuckling opener from Mumbai, Prithvi Shaw revealed that Rahul Dravid adviced him to stick to his natural game during his stint with India Under-19 and India A. Dravid was the head coach when India won the 2018 Under-19 World Cup under the leadership of Shaw.

"It was exceptional. We had toured for about two years (before the 2018 under-19 World Cup) with Rahul sir. He knew that he was different from us but he never forced us to be like him. Temperament is important but he never asked me to change anything, he used to tell me to play my natural game because he knew that if I play the powerplay overs, it becomes difficult to dismiss me," Shaw told Cricbuzz.

Shaw said that the players were slighty scared of Dravid, but also had a lot of fun. The 21-year-old also spoke about how Dravid knew exactly what to get from each player. "When there was Rahul sir, you had to be disciplined. There was a bit of a fear of him as well but off the field he was very friendly with us," said Shaw.

"He used to come with us for dinners and sitting with another legend and having dinner with him was a dream come true. Every youngster would love to have dinner with a legend who has played 15-16 years of international cricket. It was a really good experience talking to him. I am sure he also went through that phase, the under-19s and Ranji Trophy. He knew exactly what to get from us during tours.

"He used to talk to every guy specifically about what he wants him to do, which was really interesting. For me, he just used to say, play your natural game but if the situation demands, you need to be there for the team. If the situation is asking you to do something different from your game, you have to do it for the team. I really found Rahul sir interesting in that way, great human being as well."

Following the World Cup, Shaw started his international career on an astonishing note. He made his Test debut in the same year and whacked scores of 134, 70 and 33* in his first three innings and forced everyone to sit up and take notice.

Everything was going right for Shaw, but then he suffered an ankle injury during the tour of Australia and things started going downhill for the young opener. He struggled with his batting a bit and was even banned for eight months for a doping violation during the 2018-19 Syed Mushtaq Ali Trophy.

Shaw was given a chance to redeem himself when India once again toured Australia in 2020-21. He played the first Test in Adelaide but could only score four runs in two innings. India made a stunning comeback in the series after the first game but Shaw didn't feature in those three encounters. He was then dropped for the home series against England, but since then he has been in amazing form.

He worked on his batting technique and hammered 827 runs in eight innings in the 2020–21 Vijay Hazare Trophy and played a massive role in helping Mumbai win the title. He slammed four centuries in the tournament, including a double hundred. He was also having a solid IPL 2021 before it was suspended. Playing for Delhi Capitals, Shaw hit 308 runs in eight innings at a strike rate of 166.48.

He is now likely to be a part of India's white-ball unit that will travel to Sri Lanka in July. There is also a high possibility that Dravid, who is now serving as the head of the National Cricket Academy in Bangalore, will travel with India as their coach just for this particular tour. This is because Virat Kohli, Ravi Shastri and many other star players will be in England at that period.