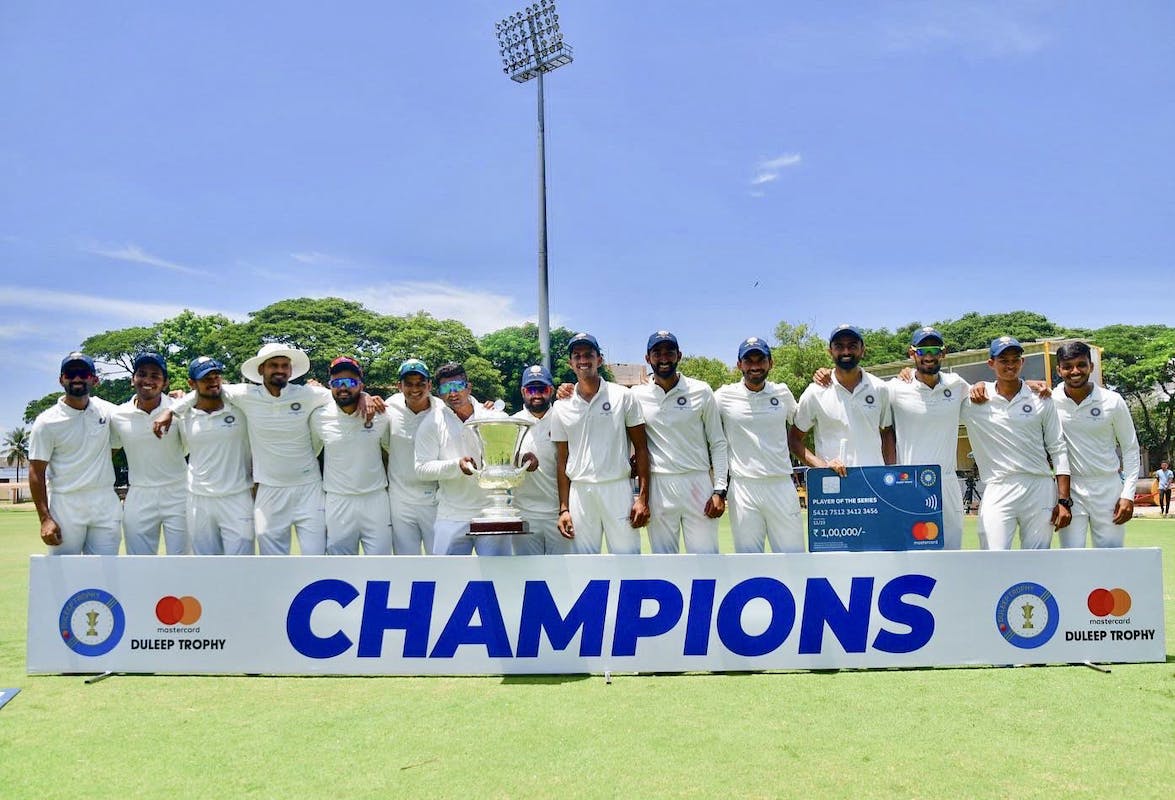 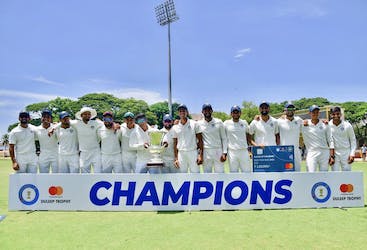 There were signs of bright future and a strong present while for some, the star power seem to be waning

The Duleep Trophy reverted to its traditional zonal format after three years which provided opportunities for talented players from all parts of the country to share the field with the big guns. It also offered a chance for potential India A and national team prospects to prove themselves. There was a bit of overlap between the India A series against New Zealand A, but the tournament had the presence of big names throughout the 18 days.

Here are some who made the most of the limited time and others who slumped during key moments. 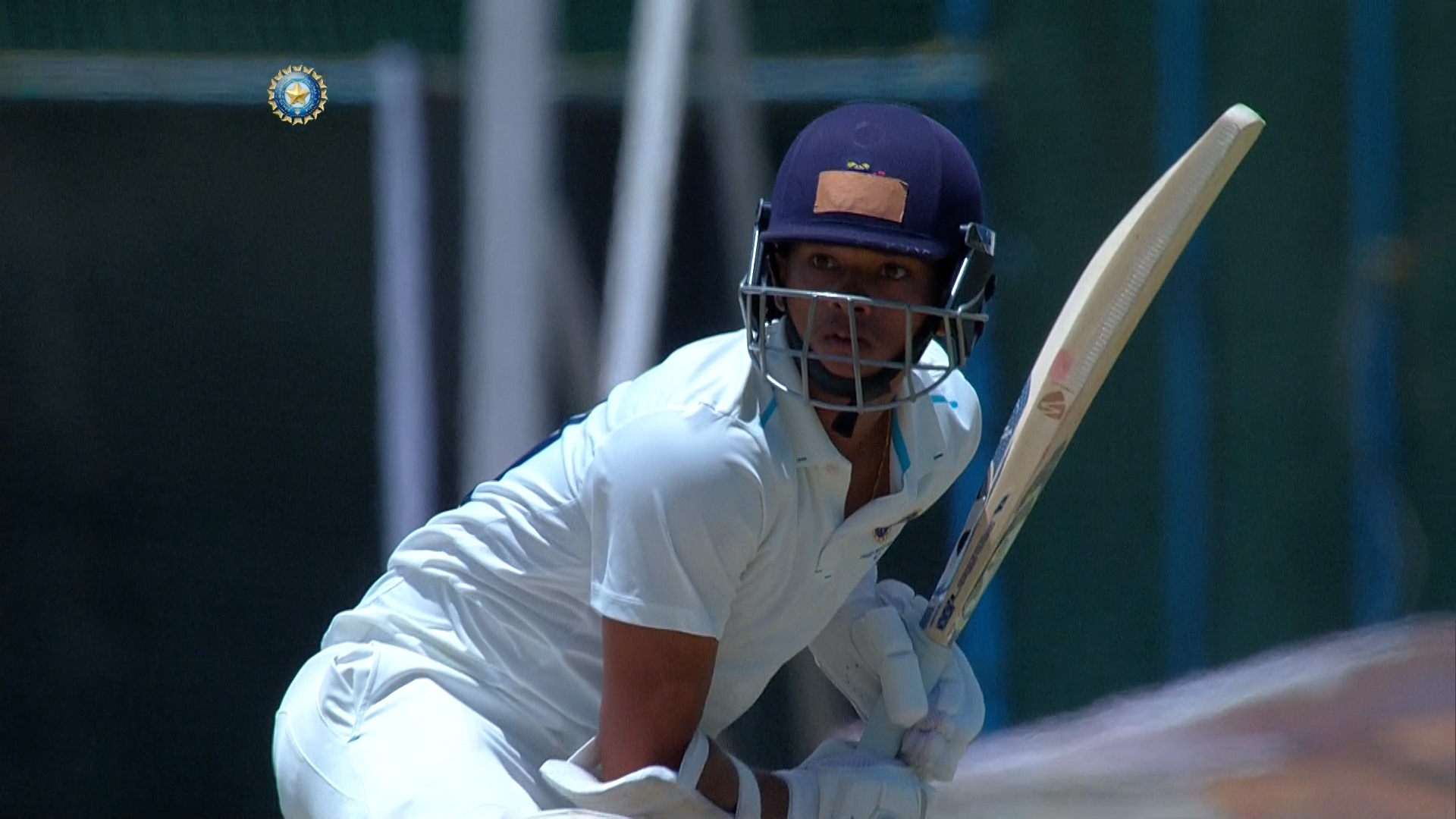 Jaiswal was fresh off a sensational Ranji Trophy season where he scored 498 runs from three matches in Mumbai’s run into the final. His form seemed to have gotten better in the Duleep Trophy with a fluent 228 in the quarterfinal against North-East Zone. But scores of 0, 3 and 1 in the next three innings had mistakes that could’ve been avoided. A big contribution from him became necessary after West Zone conceded a 57-run lead to South Zone in the final. He stepped up with a counterattacking double hundred which had some beautiful drives and few reprieves. The southpaw did not retract into his shell despite being dropped four times by South’s fielders as he powered to 265 within just two and a half sessions to help West set up a massive target.

It has been another tournament for the youngster who had suffered from lapses of concentration but has shown resilience to pile on runs. He was dropped by Rajasthan Royals after three games due to sloppy fielding and scoring just 25 runs at the top. But his 235 runs in the next seven matches were crucial for Royals' run into the final. It might not be too long before he gets his first-class call-up to India A. 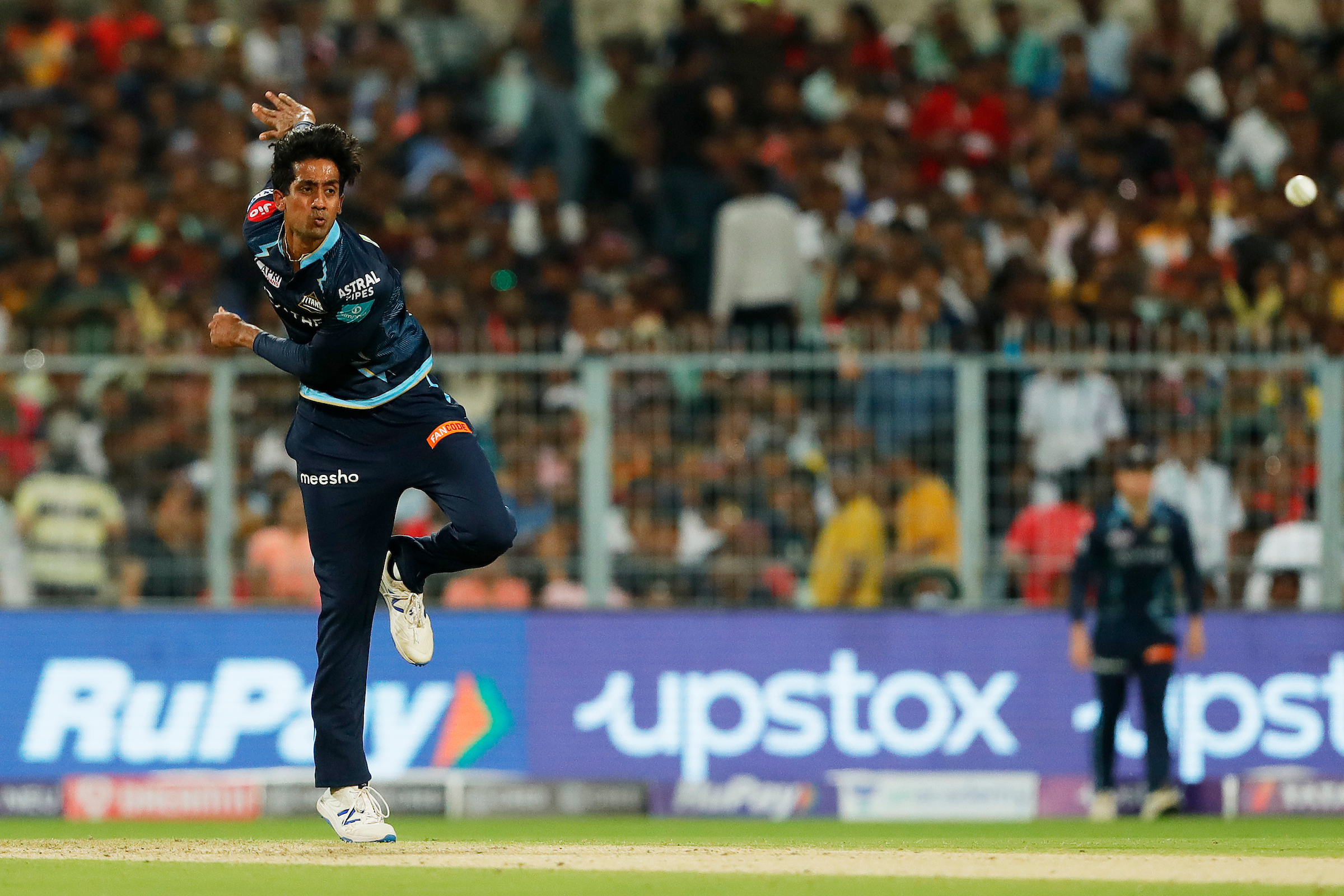 The Tamil Nadu youngster has been touted as the next left-arm spin option for the national team following his consistent performances in the Tamil Nadu Premier League and in the Syed Mushtaq Ali Trophy. His IPL debut came late into the 2022 edition for Gujarat Titans and after contributing with 2-7 against Lucknow Super Giants, it was impossible to drop him from the playing XI.

His Duleep Trophy debut was a memorable one as he ripped apart North Zone’s batting with a 7-70 in the semifinal and followed it by 5-86 in the final against West Zone. However, South Zone’s strategy to bring him on late in the second innings blunted his influence. The tall spinner uses his long reach to optimum effect and can fire the ball in dangerous areas, even though it is in short bursts. With India already having two quality left-arm spin options in Ravindra Jadeja and Axar Patel, it might be some time for Sai Kishore to scale up as he will be needed to sharpen his batting skills to compete for that role. 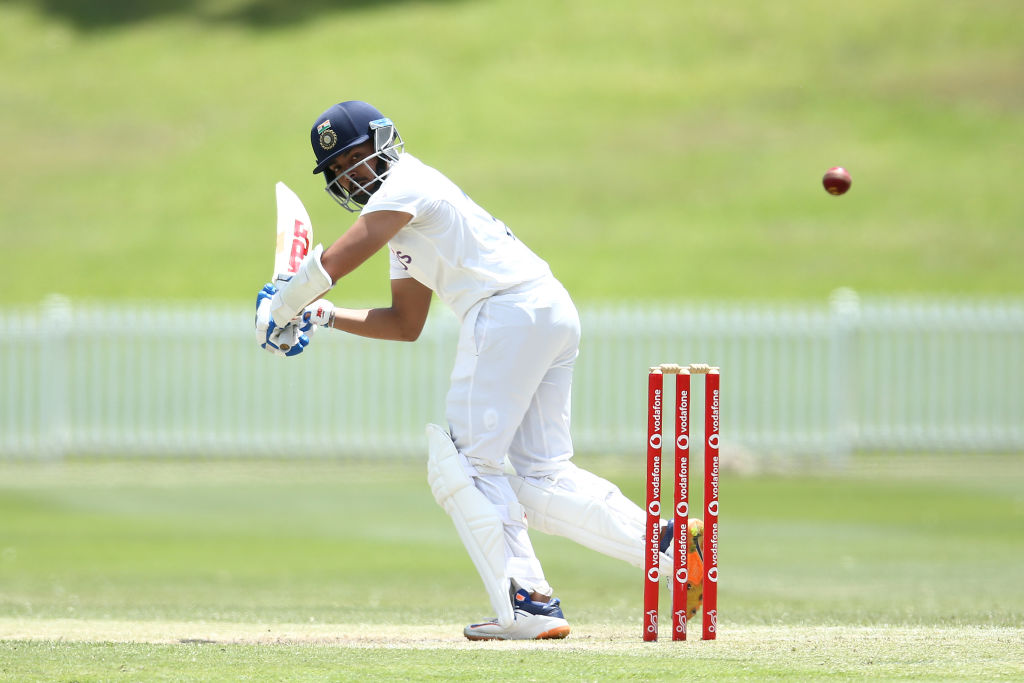 The Mumbai opener is leaving no stone unturned for a comeback to the Indian team. Since his last international appearance in July 2021, Shaw endured a tough IPL 2022 where ill health had hampered his run-scoring and was also dropped by Delhi Capitals in key matches. His return to domestic cricket has been a fruitful one as he led a young Mumbai side to the 2022 Ranji Trophy final and followed by an excellent hundred in the Duleep Trophy quarterfinal against North East Zone.

He went from strength to strength in the semifinal against Central Zone with a blistering 60 off 78 in the first innings and then a match-winning 142 off 140 balls in the second innings. He paved his way back to India A set-up for the unofficial one-day series against New Zealand A where he was once again crucial to their series win with a 48-ball 77 in the second match. Since the Ranji final in June, Shaw has only looked fitter and hungrier for runs. His India return though....is an exclusive question for the selectors. 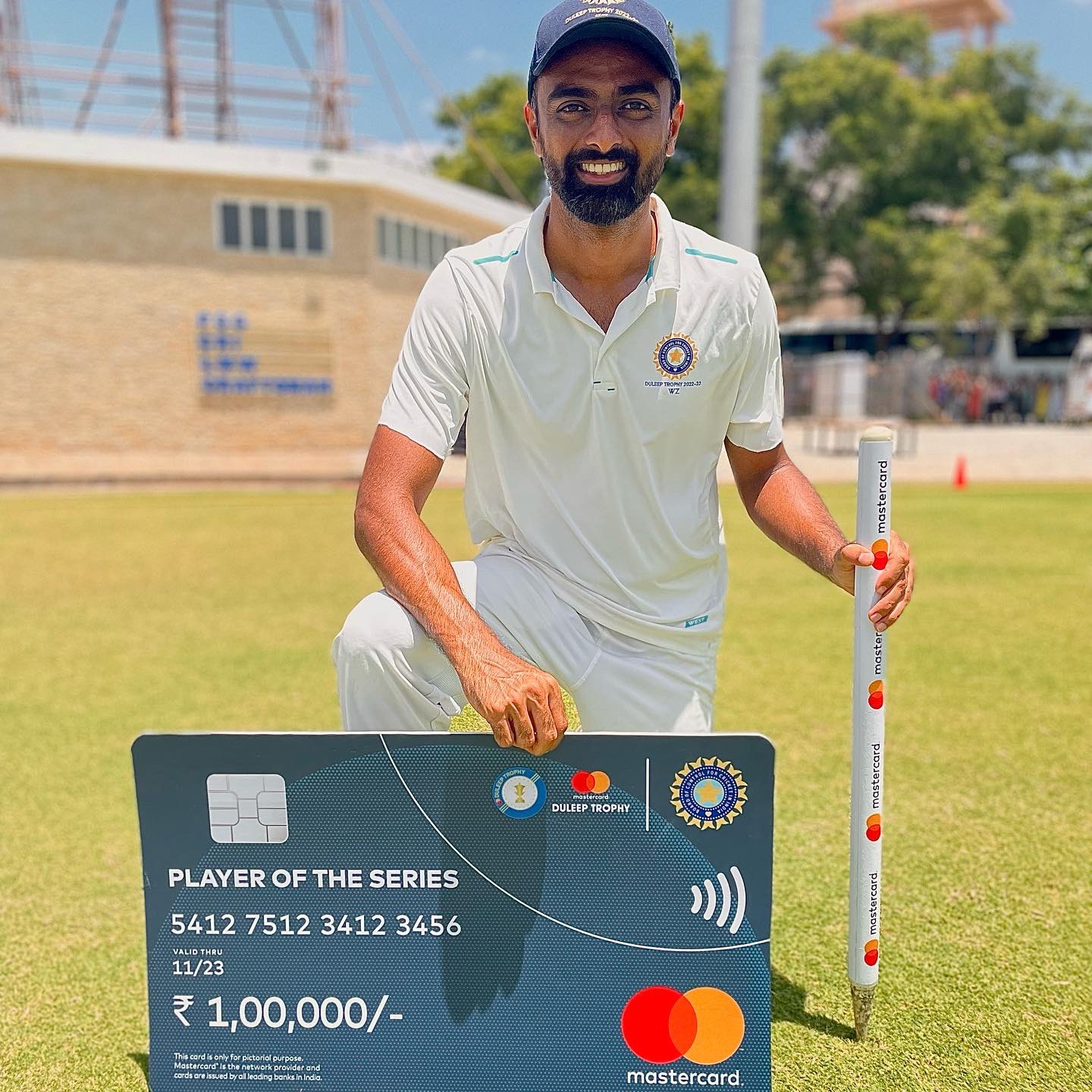 A tidal wave of unwarranted ridicule and apathy of national selectors has never deterred Jaydev Unadkat from giving it his all. Saurashtra’s Ranji Trophy and Irani Cup-winning captain boasts of a first-class bowling average of 15.5 across three seasons, which is the best in the country. Playing for West Zone in the Duleep Trophy, Unadkat’s 13 wickets and his partnership with fellow pacers Atit Sheth and Chintan Gaja proved to be crucial. When their spinners suffered, it was Unadkat and his fellow fast bowlers who got the breakthroughs.

The 30-year-old might be once again judged by his IPL auction numbers, but it will not diminish his value in the domestic circuit. 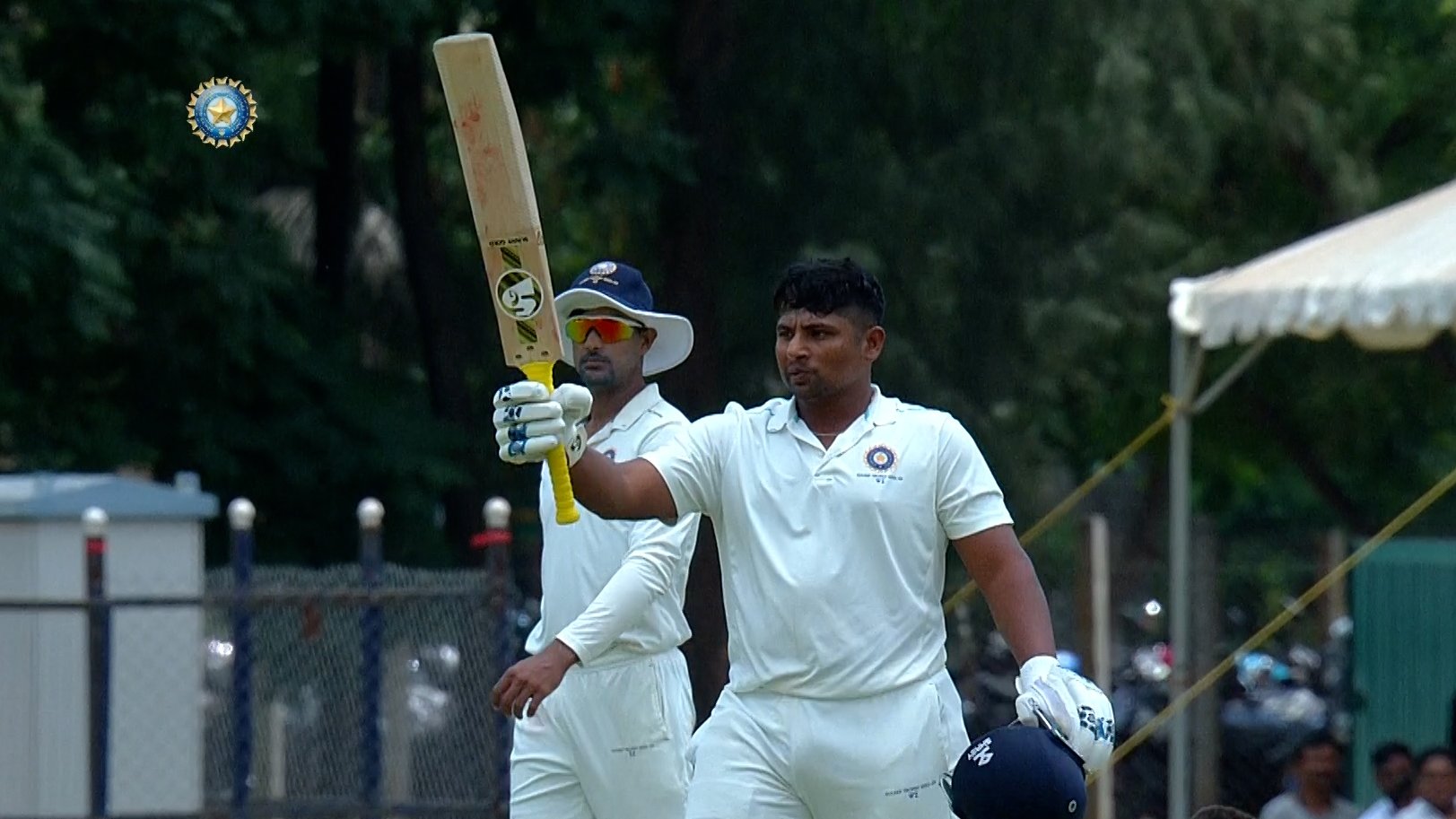 The Mumbaikar’s batting numbers in the Ranji Trophy have been nothing but staggering. He has scored 900-plus runs in the last two Ranji seasons, which has surely caught the eye of the national selectors. His inclusion in India A’s unofficial Test series against New Zealand A further hinted that he is being considered for the national side in the near future. The 24-year-old uses unorthodox shots like the ramp and reverse sweep quite often in red-ball cricket while possessing the hunger for big scores.

His last 20 innings include one triple century, two double hundreds, five hundreds and four fifties. He has now hundreds in Ranji and Duleep Trophy finals which is a fine example of big-match temperament.

Mayank and Rahane falter with the bat 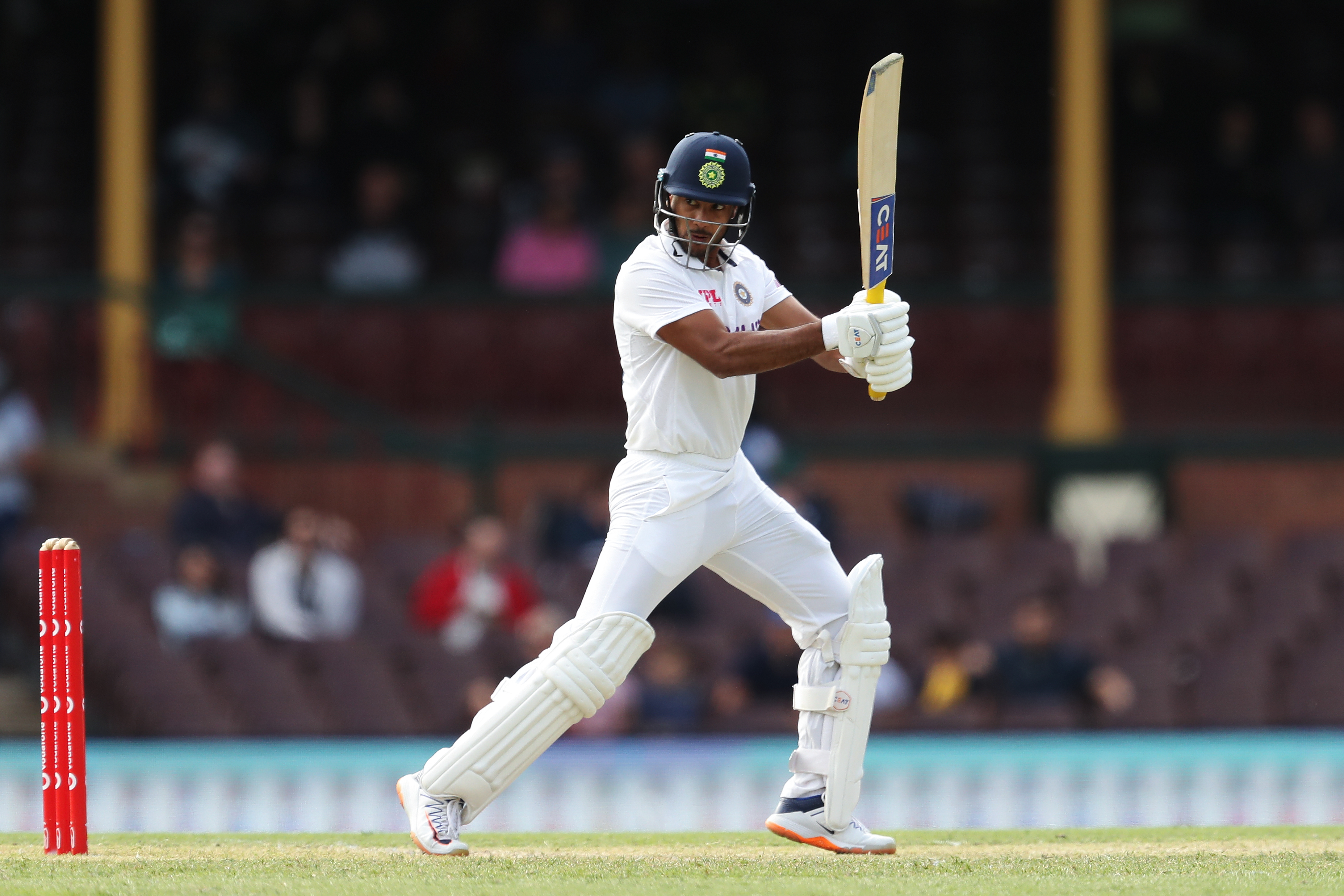 While the youngsters have prospects, the senior duo of Mayank Agarwal and Ajinkya Rahane have lost some more ground for their national team return. After failing with the bat as Punjab Kings’ captain in IPL 2022 (196 runs from 12 innings), Mayank managed 104 runs from four innings in the Ranji Trophy as Karnataka were knocked out in the quarterfinals. His start to the Duleep Trophy was decent with scores of 49 and 64 in the semifinal against an inexperienced North Zone attack. However, he fared badly in the all-important final as he managed just 23 runs across two innings.

Rahane has deservedly received plaudits for schooling Yashasvi Jaiswal for his on-field discipline and captaining West Zone to the title. His individual performances, however, have been unconvincing at best. His national team axing was followed by a terrible run in the IPL 2022 for Kolkata Knight Riders, followed by a hamstring injury that ruled him out of Ranji Trophy knockouts. His return to competitive cricket was against an inexperienced North East bowling attack where he plundered 207 runs in a single innings. But, he managed 20 runs in the semifinal against Central Zone followed by 23 runs in the final which are poor returns for someone eyeing bigger things.