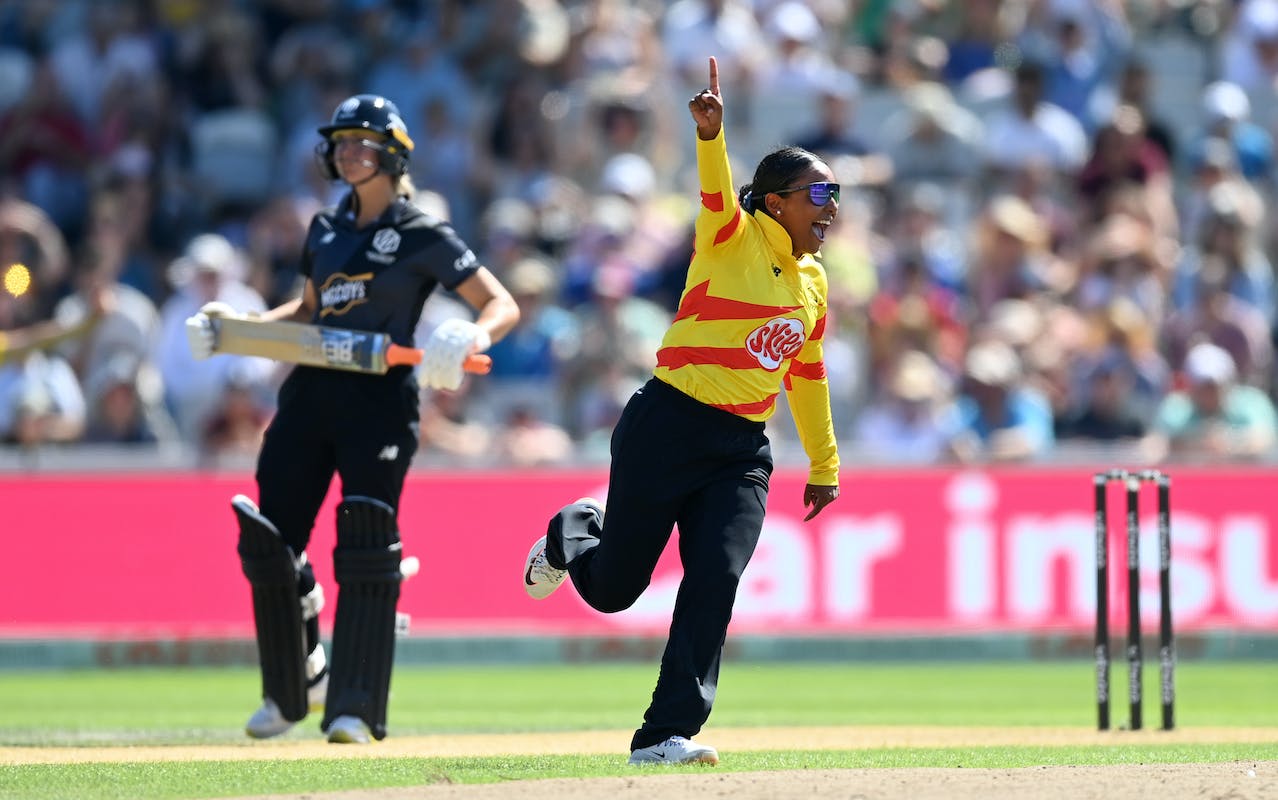 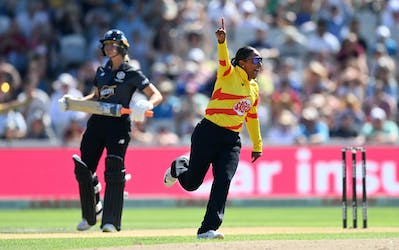 The second edition of the women's Hundred has lived up to the hype and expectations, and we take a look at some of the talking points from the first half of the tournament

It has been a scintillating month for all the fans across the globe, particularly in England, as the inaugural edition of the Commonwealth Games enthralled for ten days before England Cricket's brainchild, The Hundred, commenced amid growing fanfare on August 11.

The second edition of the extravaganza showcased the skills of the women's players as most of the games have gone all the way down to the wire. In the first week of the competition, we take a look at the top moments and the talking points from the first half of the season.

Northern Superchargers were dealt with a massive blow ahead of their third league match as Jemimah Rodrigues, the second-highest run scorer in the inaugural edition of the competition, was ruled out due to an injury she sustained during the Commonwealth Games.

To my @N_Superchargers fam, with a heavy heart I share with you that I'll not be playing the remainder of this season of @thehundred due to an injury on my hand. Thankfully the injury is not serious and I'll be back to full fitness very soon! Thank you for all your Love 💜

The right-handed batter was in sublime form after making her comeback to the side for the Games and started the tournament in an emphatic fashion, scoring 51 off 32 deliveries studded with eight boundaries.

Apart from the 21-year-old, Smriti Mandhana is the other player who is lighting up the Hundred. While the southpaw was dismissed early in the first game but smashed 46 off 23 deliveries against Oval Invincibles and 43 off 25 deliveries to help the Southern Brave remain unbeaten in the three games.

Deepti Sharma is another Indian player featuring in the tournament for the Birmingham Phoenix. However, with the likes of Sophie Devine, Ellyse Perry and Sophie Molineux in their ranks, the all-rounder is yet to feature in the playing XI.

After a sublime performance in the Commonwealth Games, Alana King is slowly becoming one of the best spinners in the women's circuit. The leg spinner created history in her debut game for Trent Rockets as she scalped a hat-trick to rock Manchester Originals at Old Trafford.

The 26-year-old first cleaned up Cordelia Griffith and followed it up with the scalps of Sophie Ecclestone and skipper Kate Cross to etch her name in the record books.

Her exploits of four for 15 in the second innings helped Trent Rockets win their opening match by 43 runs and start their campaign with a bang.

One of the legends of the modern era, Ellyse Perry, has struggled with injuries and her recent form in the shortest format. The all-rounder was unable to break into the playing XI of Australia's campaign in the Commonwealth Games, with Tahlia McGrath’s dominance. 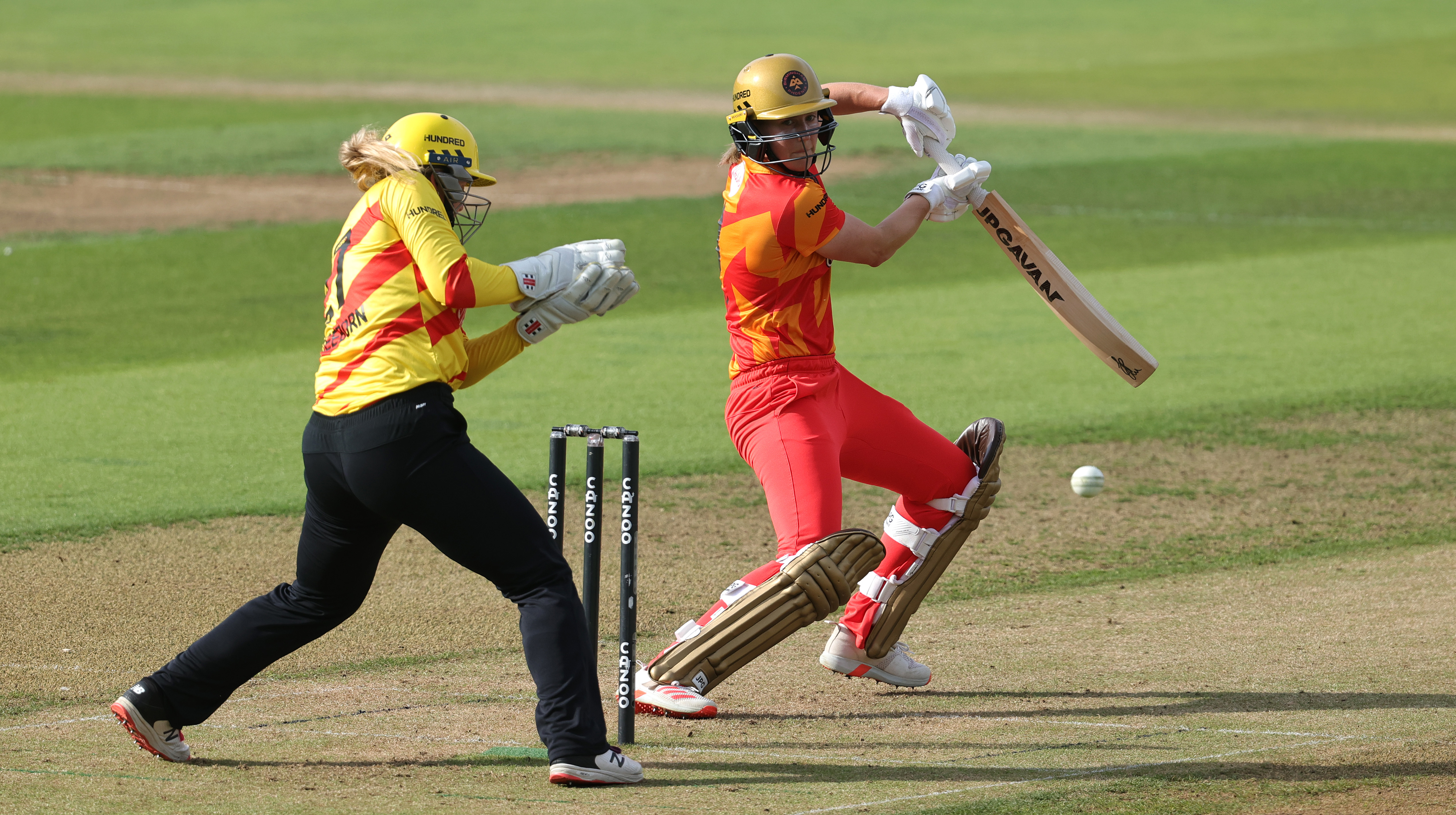 One of the overseas players for the Birmingham Phoenix in the competition, Perry started the tournament with a match-winning 58 off 31 deliveries against Welsh Fire and followed it up with an unbeaten 39 off 28 deliveries against Trent Rockets.

While the 31-year-old insists she has no point to prove after missing out on a place in the squad, Australian selectors and team management will be keeping an eye on her performance with the T20 World Cup set to take place in 2023.

One of Australia's mainstays in the white-ball format, Beth Mooney made her much-awaited debut in the Hundred for the London Spirit against the Southern Brave. The southpaw opened the batting and smashed an unbeaten 97 off 55 deliveries to help the Spirits post 155 for four in their 100 balls. 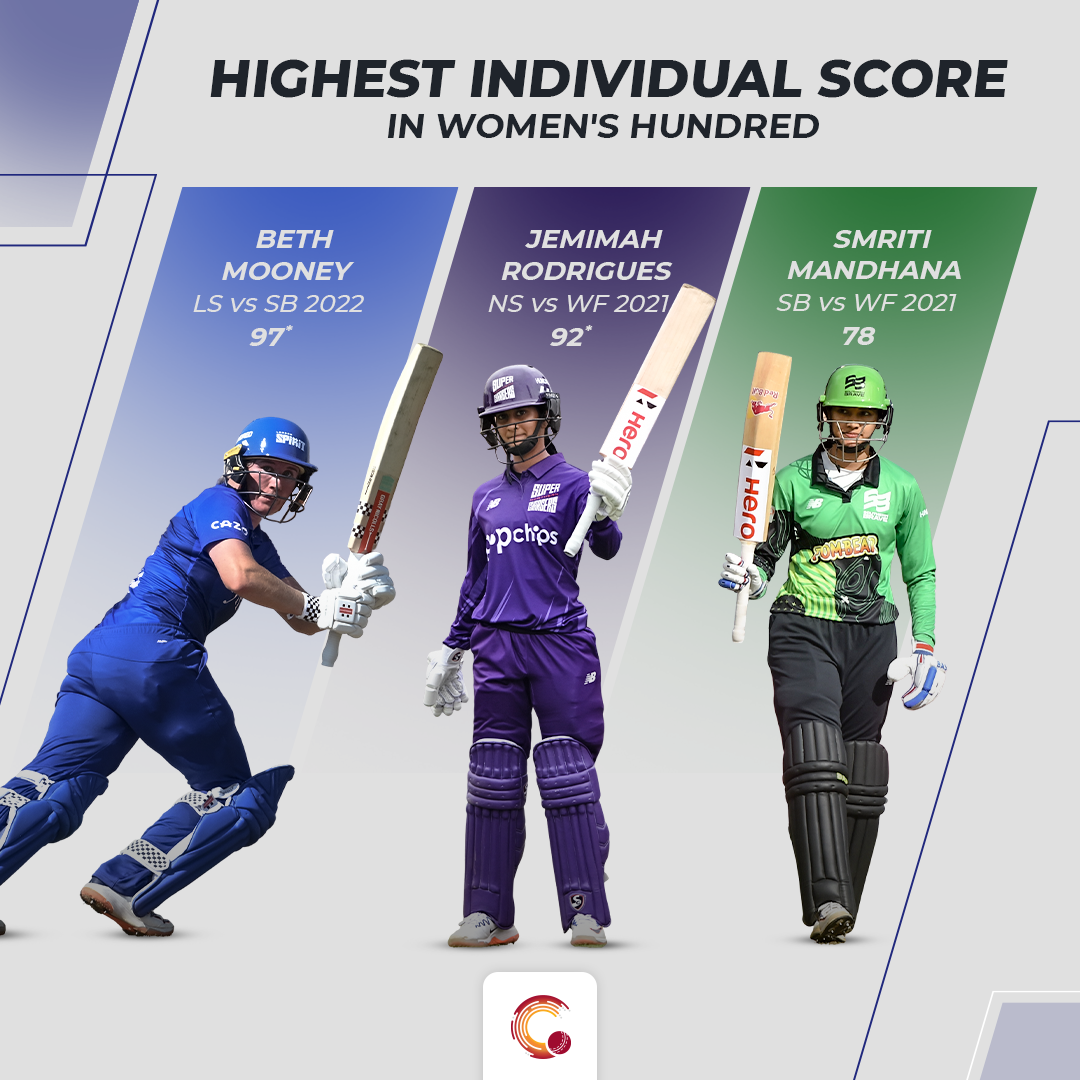 While she agonisingly missed out on a hundred in her debut game, Mooney's swashbuckling innings powered her to the top of the list in the highest individual in the tournament.

While Alana King's hat-trick headlined Trent Rockets' win over Manchester Originals, there was another instance that propelled the fans to stand and applaud.

😯 Over the shoulder.
😲 On the dive.
🤯 One-handed.@Lg3Sarah with a CRACKER 🚀#TheHundred pic.twitter.com/U5Mao05IQf

Sarah Glenn produced brilliance in the field to dismiss Lizelle Lee on the 24th ball of the innings to derail the run chase of the home team. The right-handed batter chipped a fuller delivery high in the air, and Glenn, running backwards, managed to grab a one-handed stunner to send the recently retired player back to the hut.