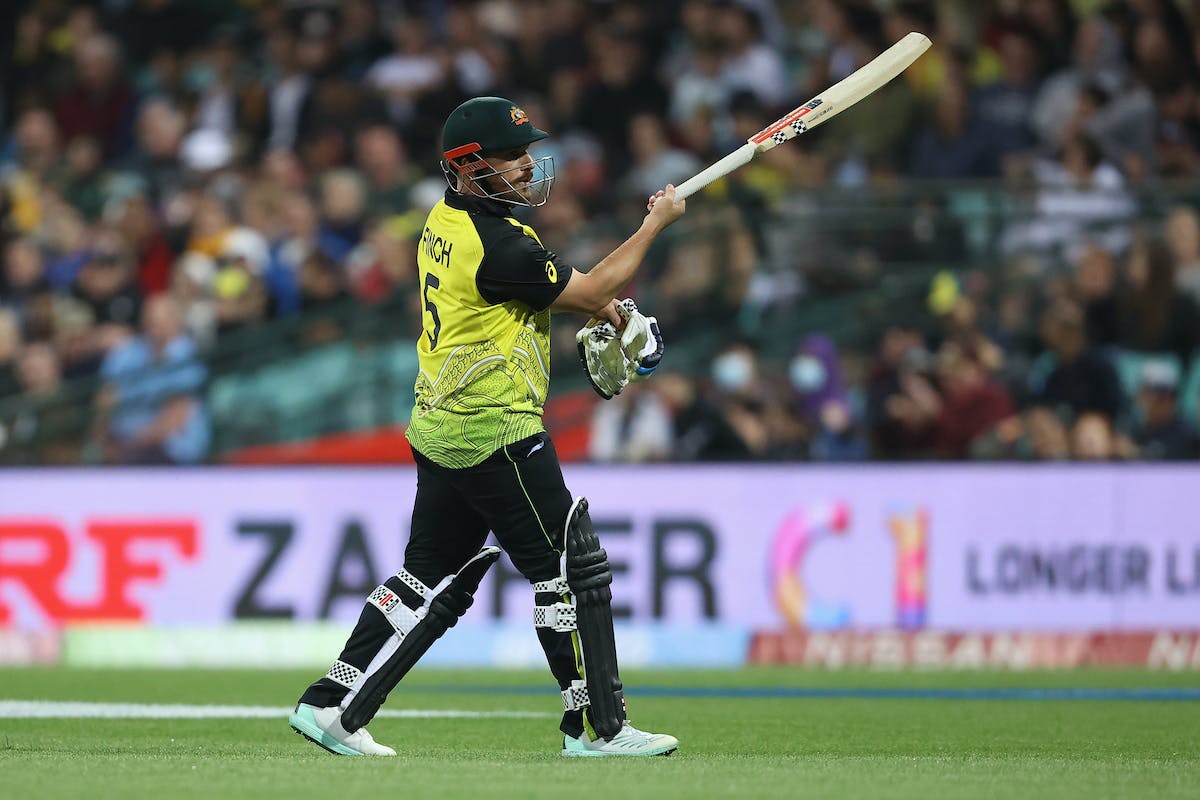 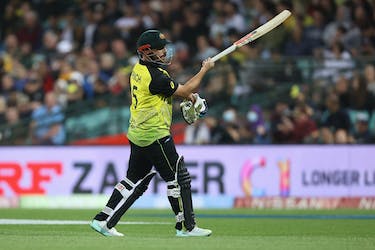 "If you needed a game to get up for - a must-win game - England and Australia at the MCG is certainly one of those,” said the England skipper Jos Buttler.

England’s tragic defeat to Ireland and Australia losing the Super 12 opener to New Zealand has opened a can of worms in Group 1. Two favorites to emerge as semifinalists from this group have their chances thrown into a spanner after unforeseen results. Another defeat could leave them in a tricky position where despite winning their remaining games, they will be dependent on their net run-rate.

In the NRR regard, a defeat will be a bummer for Australia as they are already in the negative (-1.555). However, they will only have Ireland and Afghanistan to play. That is where it becomes awkward for England as they are yet to face New Zealand. Hence, a lot rely on this game. No result in this match will boost the chances of all other teams in this group. 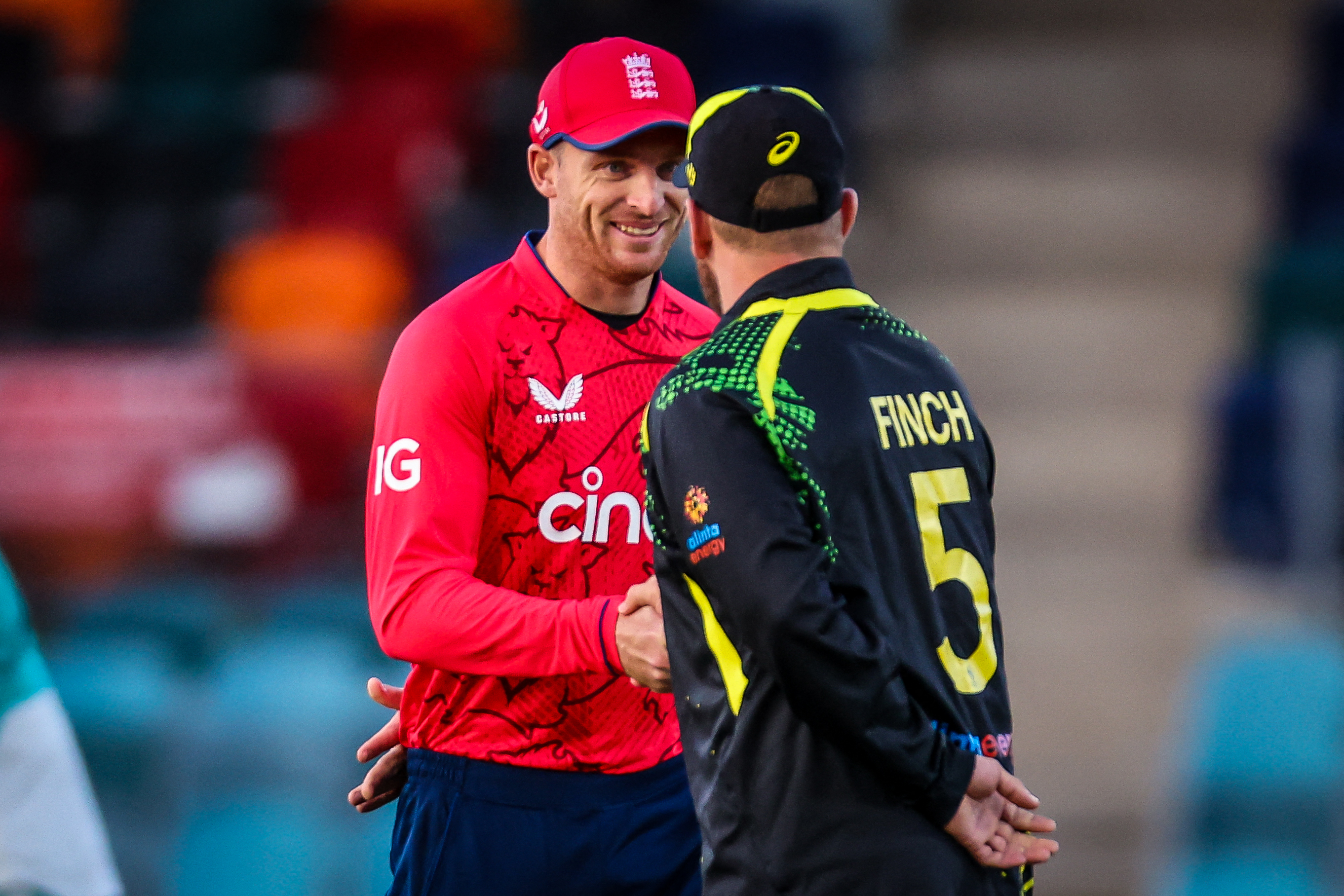 Even without this context, there is little to choose between these two sides. Two powerhouses of white-ball cricket, at the biggest cricketing venue - the Melbourne Cricket Ground - with a lot of history behind them. England did beat Australia 2-0 in the T20I series right before the World Cup but that matters little.

This was always going to be one of the showpiece games of this event. The unprecedented results have only added the charm of a virtual quarterfinal to it. The only scare right now is the rain forecast which doesn’t look promising at the moment.

The Aussies bat as deep as number 9 but David Warner and Mitchell Marsh are the engine room of their batting muscle. Warner has been unmistakable in terms of form. In nine T20Is this year, the southpaw has three fifties and averages 39 at a strike-rate of 152.2. However, runs have been missing for Warner in this World Cup. In the two matches thus far, Warner has scores of 5 (6) and 11 (10). Mitchell Marsh, on the other hand, averages only 18.4 this year, half of 36.9 last year.

Alongside Aaron Finch who has been iffy with his form, these two constitute a major part of the top-order. In their World Cup victory last year, at least one of them was batting for long enough to lend direction to the innings. With the engine room not functioning properly, Australia have suffered in the powerplay which is crystal clear in their numbers below. To add to it, they have balls-per-boundary ratio of 12 which means only three boundaries in the powerplay. 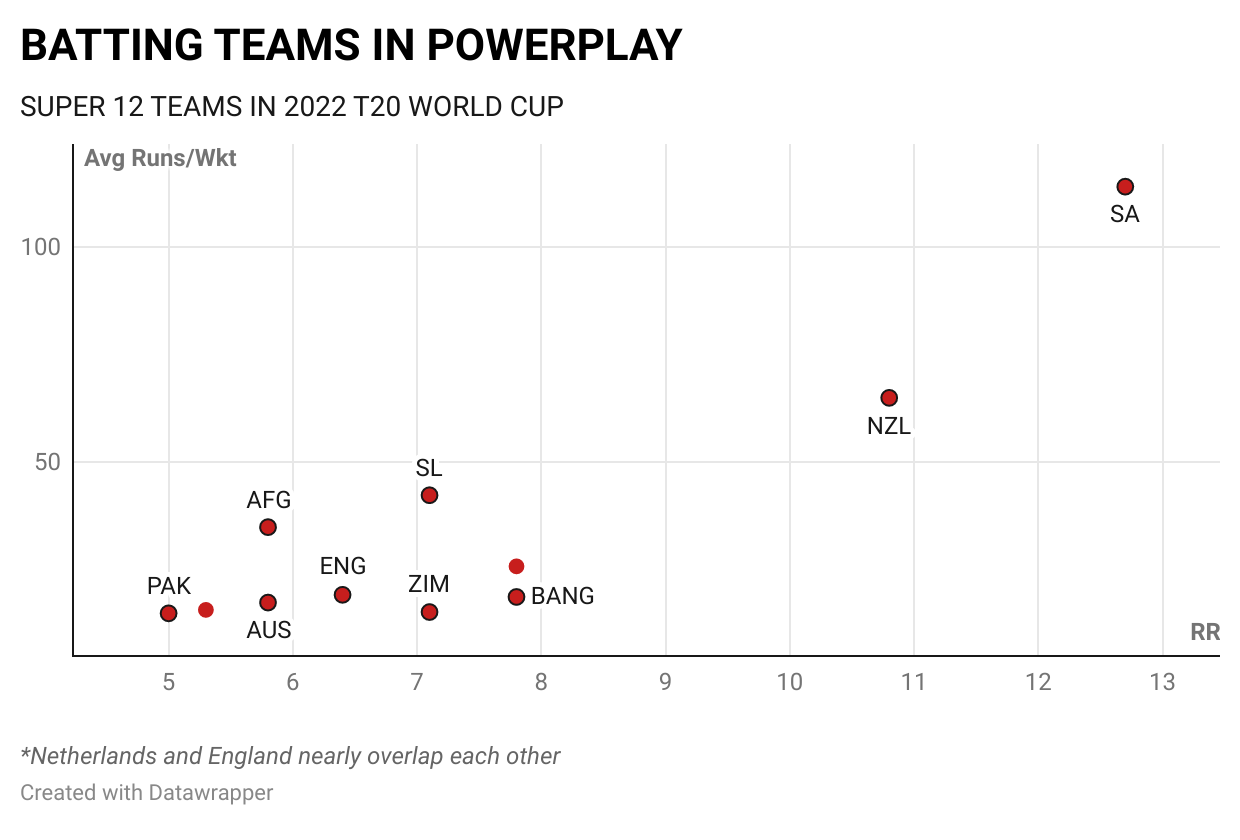 Hence, Australia are in dire need of Warner and Marsh to get back to runs. No better occasion than a virtual do-or-die game against arch-rivals at the MCG.

Marked as one of the best batting sides of the tournament, England have been under-par in their stronger suit. It took them 18.1 overs to chase down 113 against Afghanistan. Against Ireland, they were 86/5 in the 15th over which cost them the match.

The troubles start right from the beginning. England have a moderate run-rate of 7.2 runs per over in the powerplay this year. As seen in their first two Super 12 games, they have struggled against the moving ball. Both Jos Buttler and Alex Hales have missed out on middling the ball due to lateral movement or extra bounce.

It takes you back to England’s home series against India in July where the new ball swung consistently and Bhuvneshwar Kumar made the England top-order dance to his tunes. In that series, they averaged 17.9 in the powerplay. This World Cup so far, England average 21.8 runs per wicket during the field restrictions.

Just like Australia need Warner and Marsh to hit form, England are also in dire need of runs from their top three. The task will be stiffer given the zip on offer for the fast bowlers in this tournament. 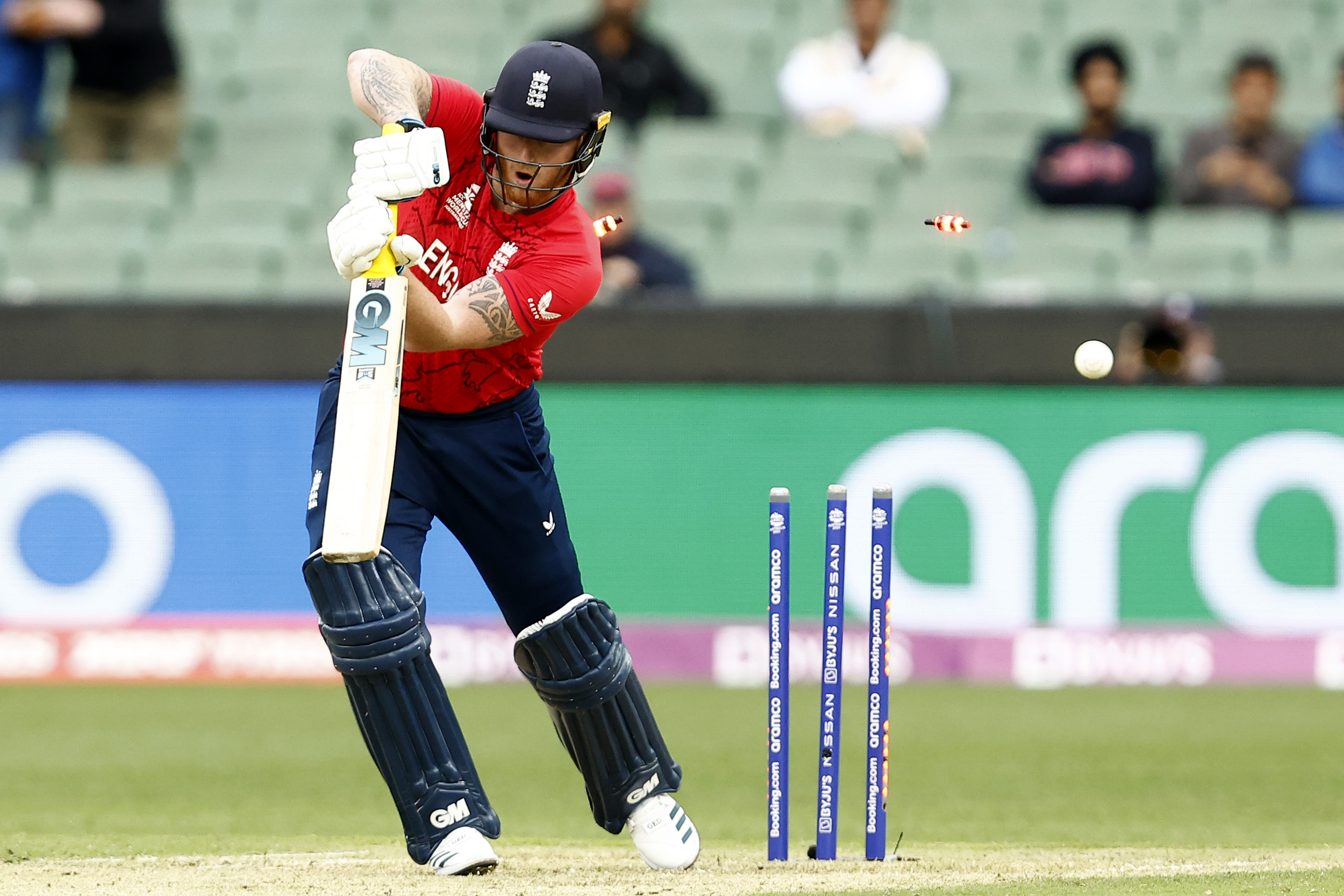 Adding to that, England have a situation to tackle with Ben Stokes. The all-rounder has 43 runs in five innings since his comeback to the T20 setup. Batting at 4, he is also delaying the entry point for Liam Livingstone which may well have cost the game against Ireland. The head coach Matthew Motts is backing Stokes for a big performance in this crunch game.

The Adil Rashid match-up and conundrum

England’s ace leg-spinner Adil Rashid has a superior record against Australia. He has dismissed Marcus Stoinis thrice, Aaron Finch and Glenn Maxwell twice each and Mitchell Marsh once. Against Stoinis especially, Rashid averages only 14.3 runs per dismissal. Given how Stoinis belted Wanindu Hasaranga in Perth, this is a match-up that could make or break the game.

However, the problem lies in Rashid’s form of late. In 2022, Rashid has 15 wickets in 19 innings. He averages 37.9 runs per wicket, his worst in a calendar year in his T20 career. Which way will the pendulum swing? We will know during the course of the match.

Adam Zampa is set to be back after recovering from Covid-19. Meanwhile, Matthew Wade has been diagnosed with the virus but he is expected to play this big game

Despite defeat, England may field an unchanged XI for this game. David Willey may make a case for his inclusion with his impressive record against David Warner (3 dismissals in 4 games for 12 runs).