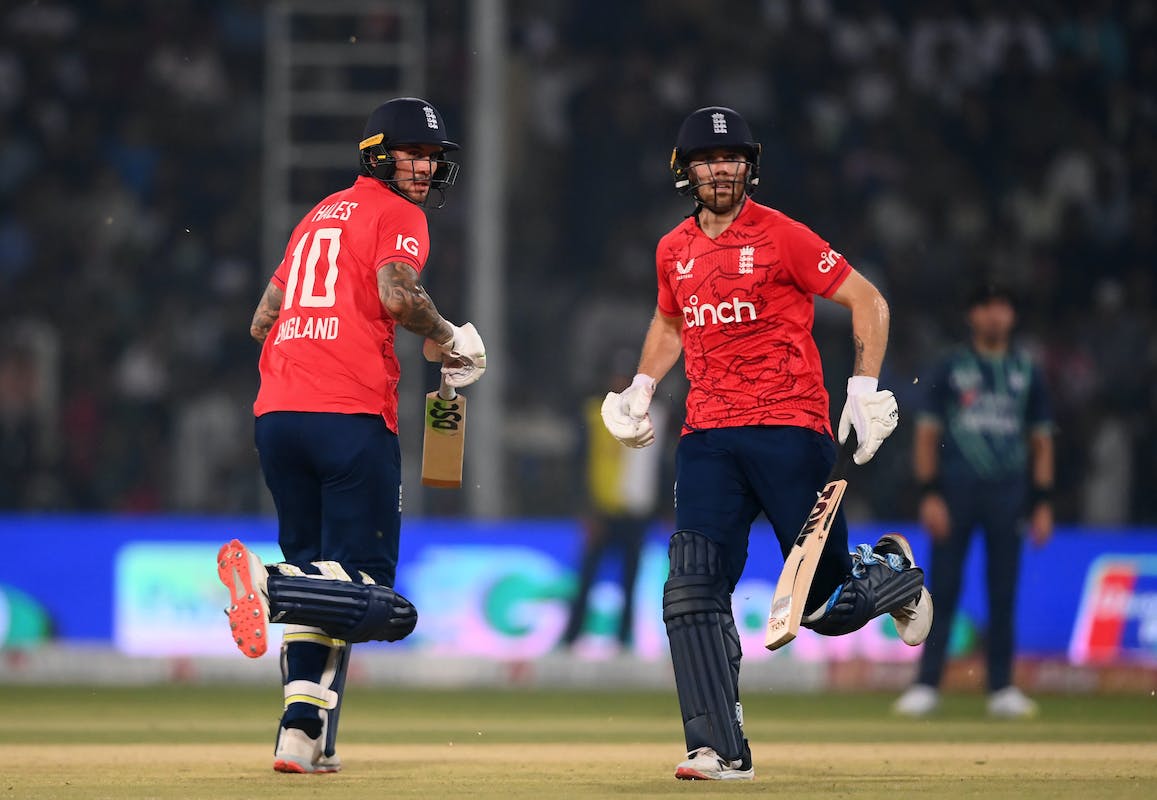 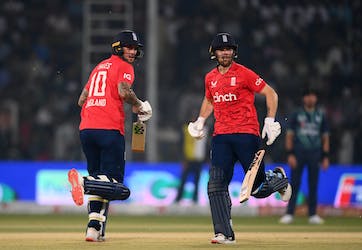 Across the seven Pakistan T20Is, neither Hales nor Salt made a compelling case to be a definite starter

There were plenty of takeaways for England across the seven games against Pakistan, but with just over 20 days left for their first clash of the T20 World Cup against Afghanistan, the Three Lions are still unsure as to who will be partnering skipper Jos Buttler up top.

With Buttler ruled out with injury, the Pakistan series was seen as an effective face-off between Alex Hales and Phil Salt for the second opener’s slot, but neither batter made the spot his own. Both had their moments in the series — Hales in the first game and Salt in the penultimate one — but the two right-handers blew hot and cold across the seven matches, both ending with an average in the 20s.

Admittedly, Salt — 167 runs at 28/157 (avg/SR) — statistically had a better series than Hales — 130 runs at 22/141 — but head coach Matthew Mott has admitted that the Three Lions are still in the dark about Buttler’s opening partner.

Mott, however, labeled the same ‘not a bad thing’, claiming that his side still have ‘plenty of time’ to get an answer. England still have four games before their first World Cup clash on the 22nd, three against Australia and a warm-up encounter against Pakistan.

“We've got four games before that first World Cup game [including a warm-up against Pakistan in Brisbane] so there's still plenty of time.

“Hales did really well at the start [of the tour] but Salt really took his opportunities… he showed all the signs we're looking for. There's a lot of options there, which is a good headache to have."

Salt and Hales did not make the fullest use of the opportunity they got, but one English batter who did was Harry Brook. The 23-year-old, in the six innings he played, amassed 238 runs at an astonishing average of 79.33 (SR 163.01) and was subsequently named Man of the Series for his stellar efforts.

Brook made heads turn with his scintillating batting efforts and Mott asserted that the youngster ‘couldn’t have done more’ to seal a spot in the starting XI for the World Cup.

"He'd have to go pretty close, I think," Mott said of Brook.

"It depends on what balance we go with - whether we go with an extra batter or an extra allrounder - but he couldn't have done any more to push his case in this series.

"To me, batting at No. 5 is about as hard as it gets. You don't often get it your way: you're either under pressure with early wickets or you're having to throw your wicket away at the end. Whatever the situation was, he always looked like he had a plan. That came out quite clearly and for a young player to be so clear in such a tricky role showed a lot."

The England head coach further hinted that Ben Stokes will likely bat at No.4, directly taking the spot of Ben Duckett, who is not in the squad for the T20WC.

Stokes, who was rested for the Pakistan tour, will likely make his comeback against Australia, having last played a T20I 17 months ago, and Mott admitted that the southpaw, to this very date, has not had a clear role with the bat in the T20I set-up.

He vowed to fix the same by stating that Stokes, much like every other player in the XI, will have a clear role this time around.

"One of the things that's been said for a while is that he hasn't had a clear role," Mott said of Stokes.

"And Jos in particular is clear that he's a top-four player. Those conditions in Australia will suit the way he plays. You always have a bit of flexibility with the batting but he will be expected to be higher in the innings.

"I got a couple of texts [from Stokes] on Sunday. He was jumping on that flight ready to go. We've deliberately left him alone. He's had a busy summer. There's a lot of time before that first World Cup game and when we get to Australia, we'll be really clear with everybody on what the expectations are with their roles.

"As good as this tour has been, there's new faces coming in and some leaving as well. So like we try and do for every tour, we'll make sure the starting XI are really clear on what we expect from them and what role we want them to play."

Tearaway Mark Wood made his international comeback against Pakistan and impressed big time in the two games he played, picking six wickets, but was pulled from the deciding seventh T20I though he was initially slated to play. According to Mott, resting Wood was a precaution, as the Three Lions didn’t want the ‘x-factor’ bowler to be overworked prior to the World Cup, especially considering he’d just returned from a lengthy layoff.

"We probably talked him out of playing, to be honest," Mott said of Wood.

"He always wants to play but we didn't want to take that risk. We're pretty happy with what he got through. He's one of those bowlers, the X-factor bowler. A bit like Jos, he could maybe have played the back end of the series but those two guys are hard to replace so we're trying to box a bit smarter and not take the risk on what is going to be a long campaign."

England’s three-match T20I series against Australia will kick-off in Perth on Sunday, October 9.