England team is only going to get better in near future: Moeen 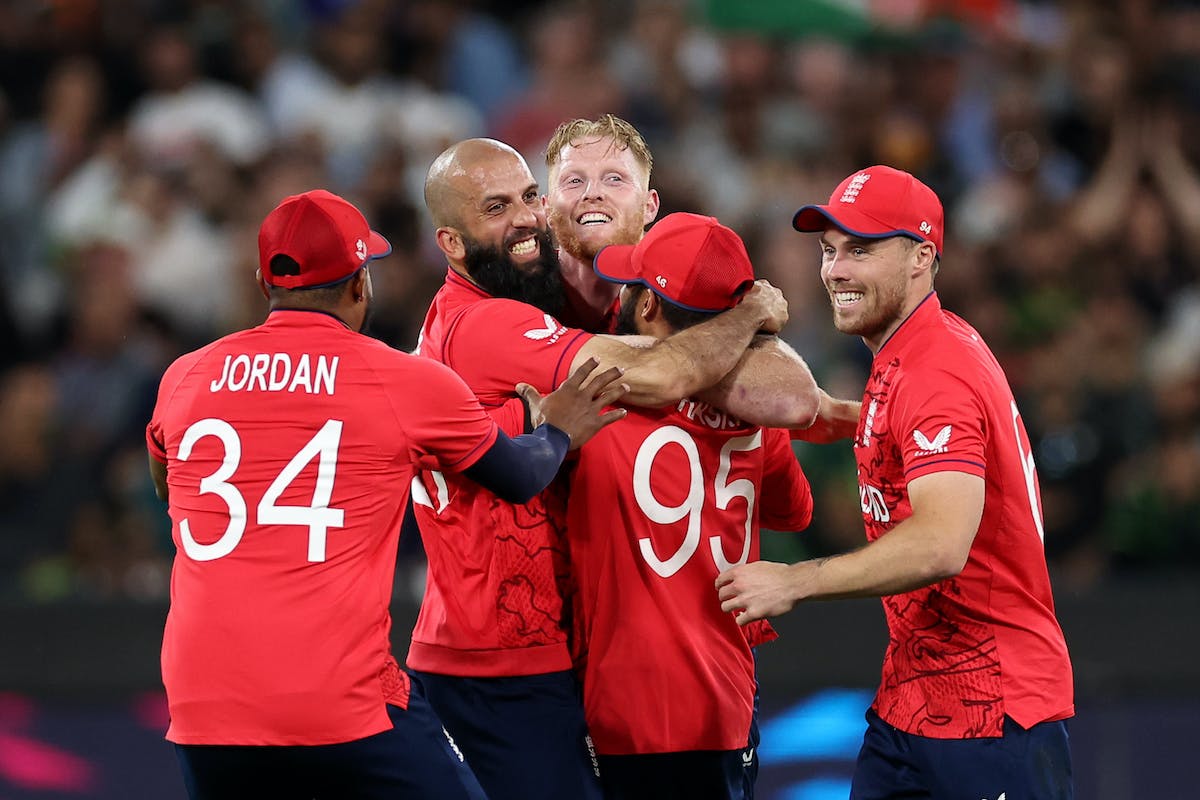 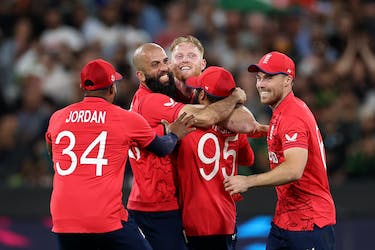 England team is only going to get better in near future: Moeen

England’s white-ball template is probably more well-known than a capital of a few countries. That’s how they have transformed the white-ball game in the recent time, ever since the revolution in 2015.

Going into the T20 World Cup in 2022, they were one of the favourites, and rightfully, they managed to win the competition with just one loss on the way. But veteran Moeen Ali opines that this England team led by Jos Buttler are only going to get better in the future.

"The template was spoken about long ago. I feel we have become a better team now. Morgs (Morgan) did a brilliant job to change the mindset, which is the hardest part, to put the template there.

"Now we can adapt to different conditions, different teams, use different bowlers in the death and there is flexibility in the batting order. This team is going to get even better," Moeen told PTI on the sidelines of Abu Dhabi T10 League.

Ali compared this era of English cricket, to the 1990s, where the other international teams aspired to be like the Australian team, who were winning games for fun.

"Whenever a team is winning, for example Australia. They used to win all the trophies. Everyone wanted to copy them. Now England have won 50 over and T20 world titles and teams want to copy us."

"So we knew we had to get better and it is a good template to follow. I won't be surprised if other teams follow that template," said Moeen

On the ongoing debate of all-format players, Moeen believes that future players are going to be pigeonholed into one or the other formats.

"The problem is if you are a young player, you can't play all formats now. Earlier you could. Now people are getting pigeon holed into Test or T20 players. I don't think it is good for them and good for the game.

"In India, Australia and England players get paid quite well but in other countries they don't. So at times they miss out on international cricket for franchise cricket. A lot of people say IPL is there (makes calendar more crowded) but IPL is a massive tournament, you can't say that.

"For example a West Indies player rather play in the IPL for money and exposure than (international cricket)."

"If you have the team ethos where you don't worry about getting out, that helps. We played our best cricket against India that day. If you play a certain brand of cricket you will fail but you have to stick with the players as long as you can."