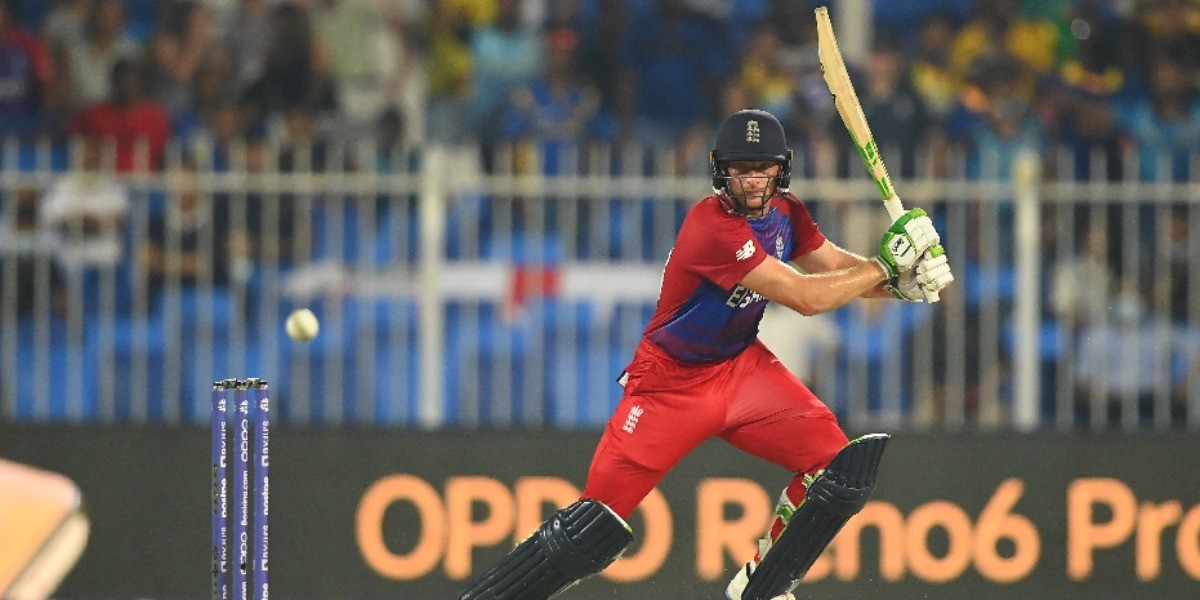 The Sheikh Zayed Cricket Stadium is all set to witness one of the most awaited clashes in this edition of the tournament as England will take on New Zealand in the first semi-finals on Wednesday, 10th November. The two sides have been involved in fiercely contested matches over the years, and the summit clash of the 50-over World Cup at the Home of Cricket in 2019 is one of the prime examples of the same.

England have been one of the most dominant sides in the white-ball format in the recent past and have won four out of their last five matches in the Super 12 stage. Barring their loss to South Africa in the final league game, the Three Lions have dominated proceedings, and registered thumping wins to progress in the knockout stage of the competition.

On the other hand, New Zealand have been the most consistent team in this edition of the tournament. After their defeat to Pakistan in their opening match, the Black Caps bounced back in commanding fashion to record comprehensive wins against all the opponents, including a crushing eight-wicket win against India.

The teams have locked horns in 21 T20I matches thus far, with England winning 13 encounters and one game ending in no result. The last time these two sides competed in this format, the game ended in a tie, with England getting over the line with a win in the Super Over. In the last five clashes, Eoin Morgan led side is marginally ahead by winning three games and will enter this all-important match as the favourites, considering their blistering form in the competition. 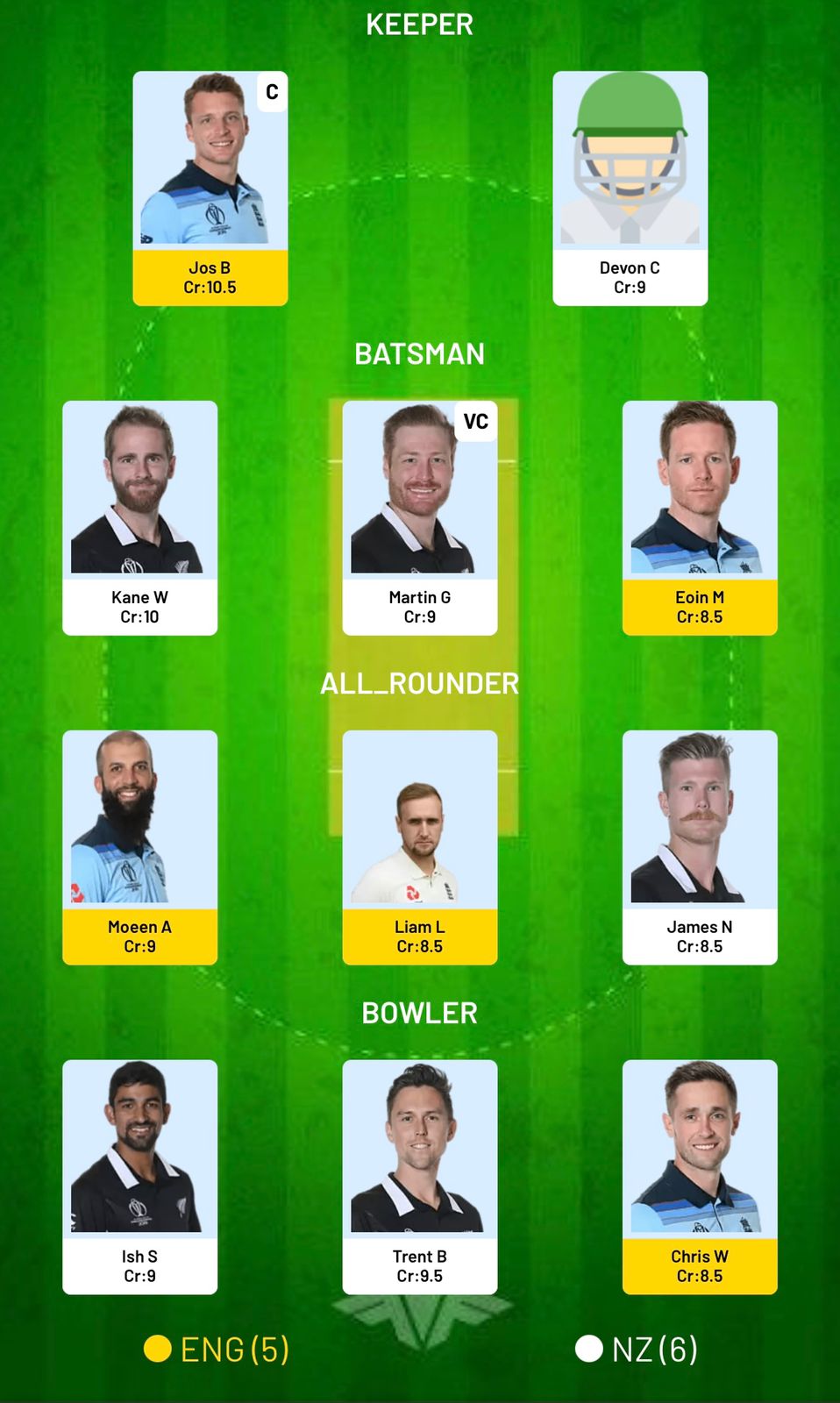 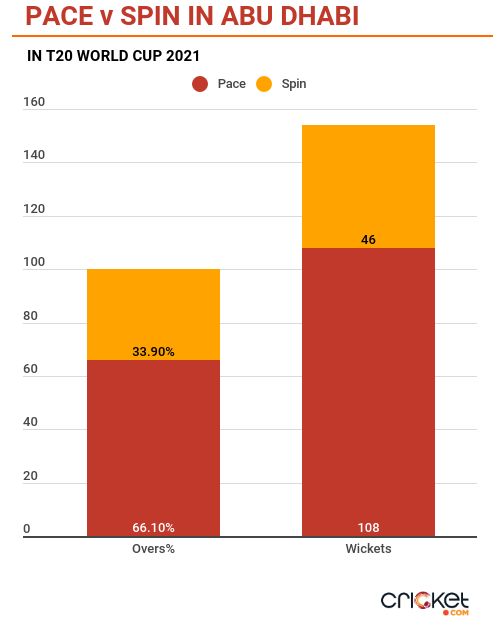 One of the most destructive players in this form of the game, Jos Buttler, will be the key player for England in this crucial match. The right-handed batter has been in scintillating form and notched up a brilliant hundred earlier in the tournament against Sri Lanka. With 240 runs in five innings at an average of 120, Buttler is the leading run-scorer for England in the competition.

The 31-year old has a strike rate of 155.8 and will be a vital cog in the batting unit of the Three Lions in the absence of Jason Roy. With Roy is ruled out of the World Cup, the team management would rely heavily on Buttler to get the team off to a flying start and lay a solid foundation for the side.

Our Criclytics player projector predicts Buttler to score 33-49 runs in this match.

The wickets at the Sheikh Zayed Cricket Stadium is expected to offer swing early in the innings, and New Zealand will expect their premier fast bowler Trent Boult to dent the opposition with wickets in the powerplay. The left-arm pacer is the leading wicket-taker for the Kiwis and has scalped 11 wickets in five innings at an average of 10.5.

One of the significant factors in the Black Caps being a formidable force in this format is the economy rate of Boult. The 32-year old has conceded at an economy rate of 5.8 and picked up 3/17 in their must-win game against Afghanistan to restrict them to 124/8.

One of the leading all-rounders in this format, Moeen Ali, has been the go-to player for skipper Morgan in this tournament. After a successful Indian Premier League campaign with the Chennai Super Kings, Moeen has carried his form in the England jersey and played a critical role with the ball.

With his off-spin, he has been crucial against the left-handers in the powerplay and has often given the side wickets upfront with the new ball. While he has not set the stage on fire with the bat like his exploits in the IPL, the team management would expect the southpaw to showcase his class and produce a match-winning performance.

With 176 runs in five innings at an average of 35.2 and a strike rate of 131.3, Guptill is the leading run-scorer for New Zealand. The right-handed batter has been in sublime form in the competition and scored 93 runs in their league match against Scotland.

In this high-voltage encounter, the Black Caps would expect Guptill to continue his fine form and shoulder the bulk of the responsibility of the side. New Zealand have an average runs per wickets ratio of 37.7 in the powerplay, which is the second-best among all the teams. Along with Daryl Mitchell, he will aim to provide the team with a solid start in the field restrictions and lay a solid foundation for the side.

Our Criclytics player projector predicts Guptill to score 26-38 runs in this match.