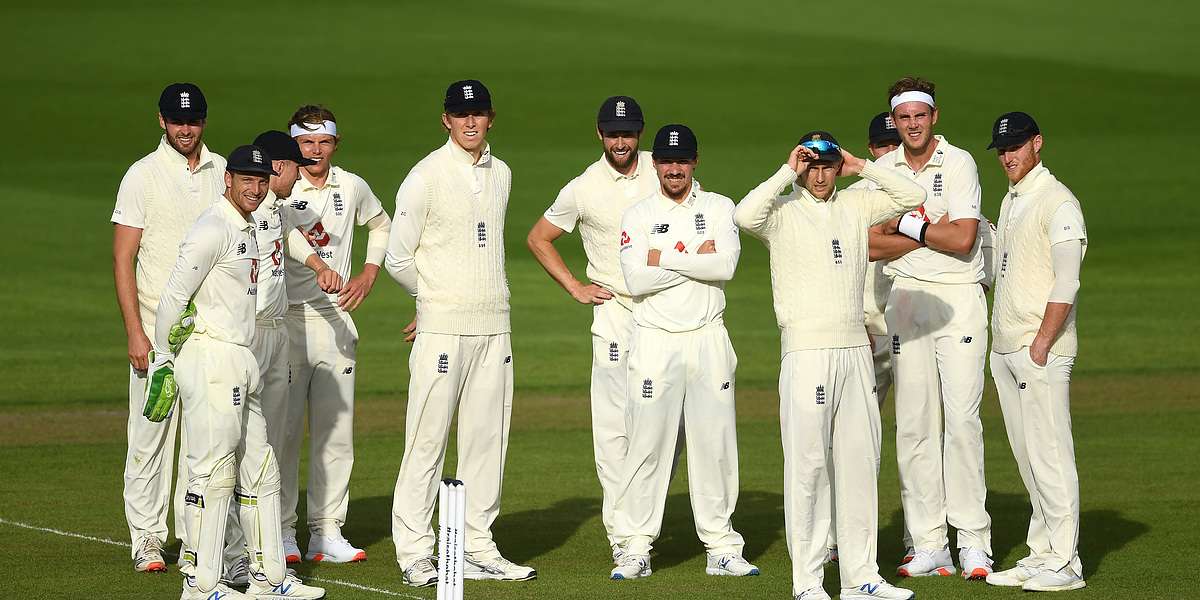 Here are some tips that might help you in creating your team for the third Test between England and West Indies, in Manchester

It all comes down to the last battle. With the series level 1-1, England and West Indies head into the decider which will be played at Old Trafford in Manchester – the same stadium which hosted the second Test.

After West Indies’ impressive showing in the first Test in Southampton, England came back strongly in the following match with Ben Stokes once again being the outstanding performer for Joe Root’s team. 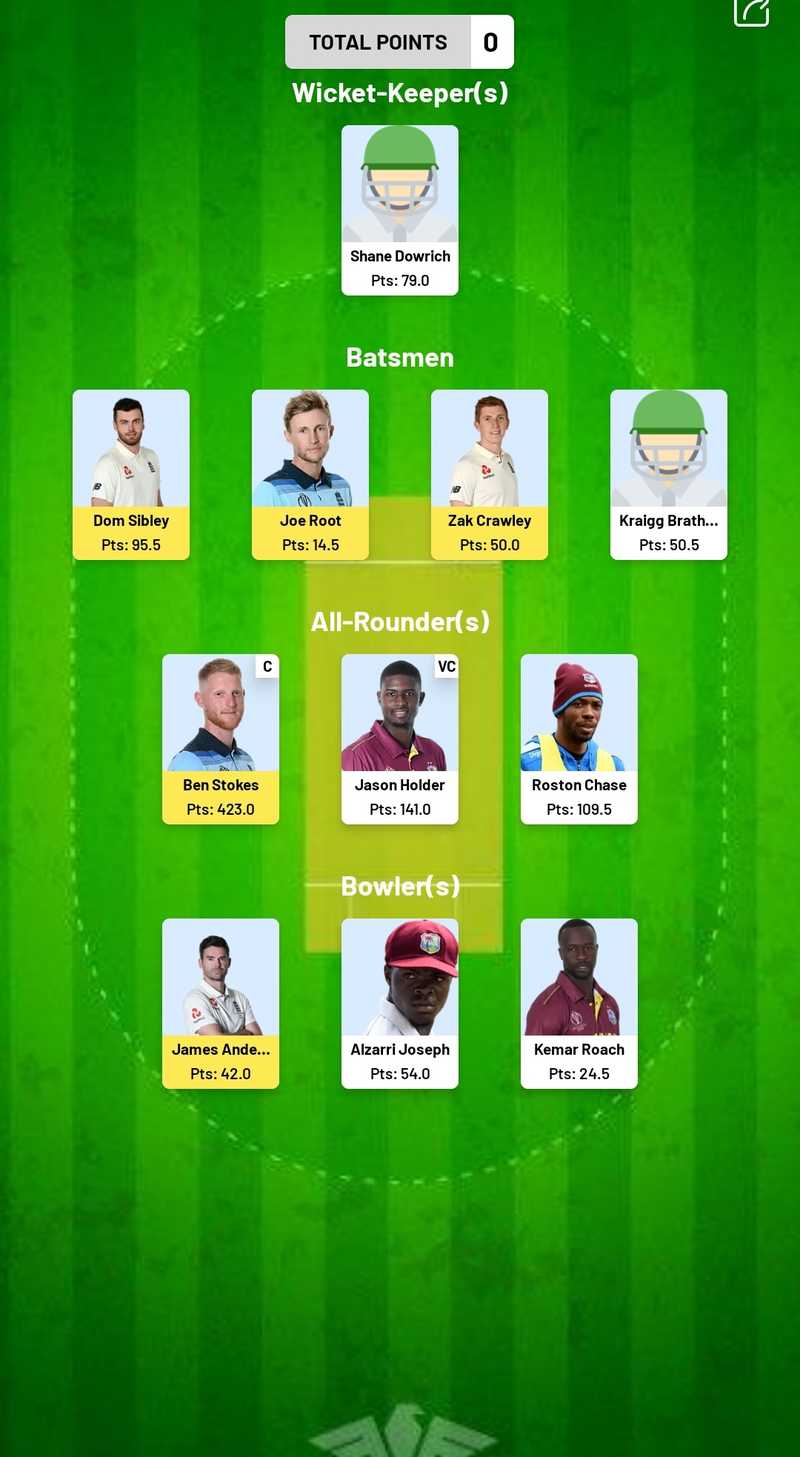 In the Test that ended on Monday, the Old Trafford surface seemed to have something in it for both batsmen and bowlers. It was the fourth Test that has been played in Manchester since the start of 2016.

During this period, the average first innings total at the venue has been well in excess of 400 and the trend continued last week as England declared on 469/9. Interestingly, all four of the Tests played here in the last five years have been won by the team who’ve batted first.

Before the last Test, the batting average at Old Trafford since the start of 2016 was 33.1 which has slightly increased to 33.3 now. Meanwhile, wickets have fallen every 59.9 deliveries in Tests here during the same time-frame. Since 2016, these are the best stats for batting in any English stadium that has hosted at least two Tests during the said period.

In the two Tests, England have gone in with completely different pace-bowling line-ups. While James Anderson, Jofra Archer and Mark Wood played in the first game, Stuart Broad, Chris Woakes and Sam Curran featured in the second. Anderson and Archer are likely to come back into the XI, but it’s best to wait until the toss to make your final team.

On the other hand, West Indies seem to have a settled team, but Shai Hope’s form is a major concern for them. In his last 21 Tests, Hope hasn’t scored a century and he averages just 19.3 with the bat in 16 Tests since the start of 2018. 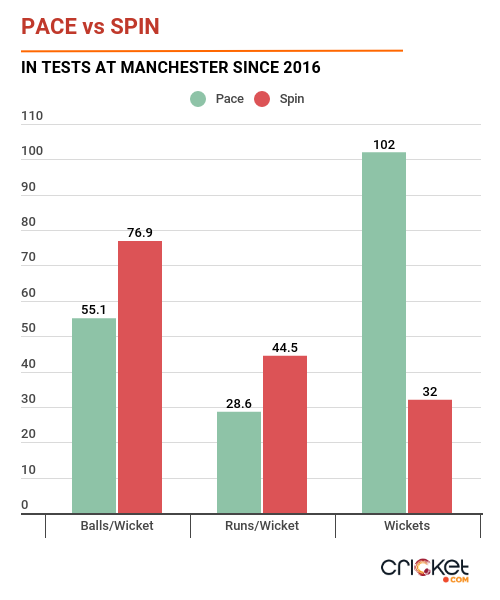 As is the case with nearly all stadiums in England, pacers have picked up a majority of wickets here – 76.1% since the start of 2016. But it must be noted that West Indian spinner Roston Chase enjoyed success in England’s first innings in the second Test, taking a five-wicket haul.

Hence, while pacers have been the dominant force here recently, spinners can make their mark too. Ideally, you’d want a spin option in your team and Chase – with his all-round abilities – could turn out to be a very good pick.

Kraigg Brathwaite scored a half-century in West Indies’ first innings, but James Anderson’s return might be a worry for him. While Brathwaite should be one of the first West Indian batsman on your mind, his record against Anderson in Tests is a bit of a concern. 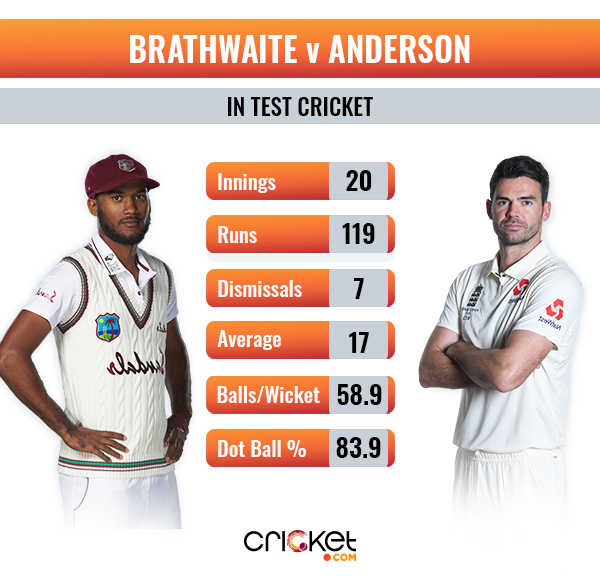 While Joe Root averages 53 against West Indies in Tests, he has a poor record against Alzarri Joseph – a contest you should watch out for. Joseph dismissed the English captain in the second Test too. 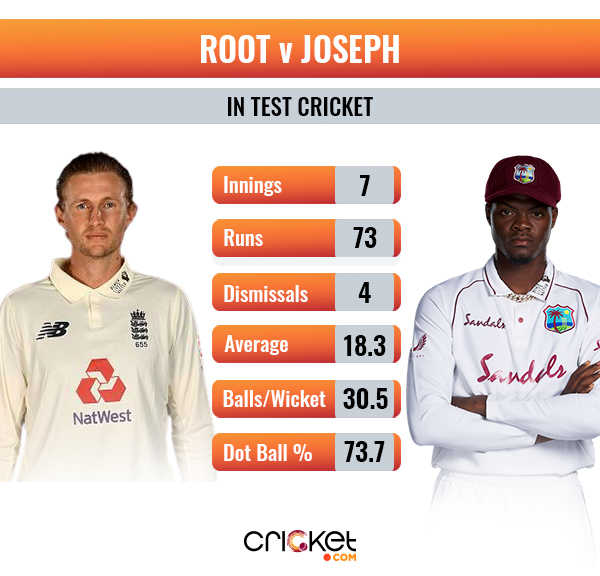 Is there a more valuable cricketer right now than Ben Stokes? The English allrounder has been in stunning form since his World Cup heroics last July and his inspirational performance with the bat in the second Test helped England level the series.

Since 2019, no-one has scored more Test runs than him. He has gone to an even higher level this year and is currently the highest run-scorer and wicket-taker in Tests in 2020.

In five matches this calendar year, he has a batting average of over 75 and a bowling average of around 20 – those are truly astonishing numbers. Our Criclytics Player Projection says Stokes will score 122-183 runs in this Test and pick 4-6 wickets.

Until a few days ago, Jason Holder was the top-ranked allrounder in Test cricket. His stats in red-ball cricket at the international level since 2018 are truly remarkable. The fact that he has taken 61 wickets at an average of 15.5 on its own will place him among cricket’s elite. But that’s not all you get with the West Indian skipper. During the same period, he averages almost 40 as a batsman too. Holder had a rare below-par outing in the second Test and he will be keen to make amends and lead his team to victory in the final match of the series. Our Criclytics Player Projection says Holder will score 14-21 runs in this Test and pick 3-5 wickets.

While Joe Root’s Test batting average might have taken a hit after he took over as captain, you could still consider him as England’s most reliable batsman. He has a superb record against West Indies in Tests, having scored 848 runs at an average of 53 thus far. Only against Pakistan and India does he average more with the bat. He got starts in the second Test and will be looking to produce a series-defining knock in the decider. The Criclytics Player Projection too has Root shining, estimating 42-63 runs for this Test.

Kemar Roach hasn’t exactly had the best of series so far. He went wicket-less in the first Test in Southampton and picked up four wickets in the second game. Part of an impressive West Indies pace attack, the right-arm pacer has taken 75 wickets at a superb average of 23.1 and a strike-rate of 49.6 since the start of 2017. When England toured West Indies in early 2019, Roach took four or more wickets in four out of six innings and was named the Player of the Series. He could still prove to be the decisive player in this series as well. The Criclytics Player Projection has Roach picking up 1-3 wickets for this Test.