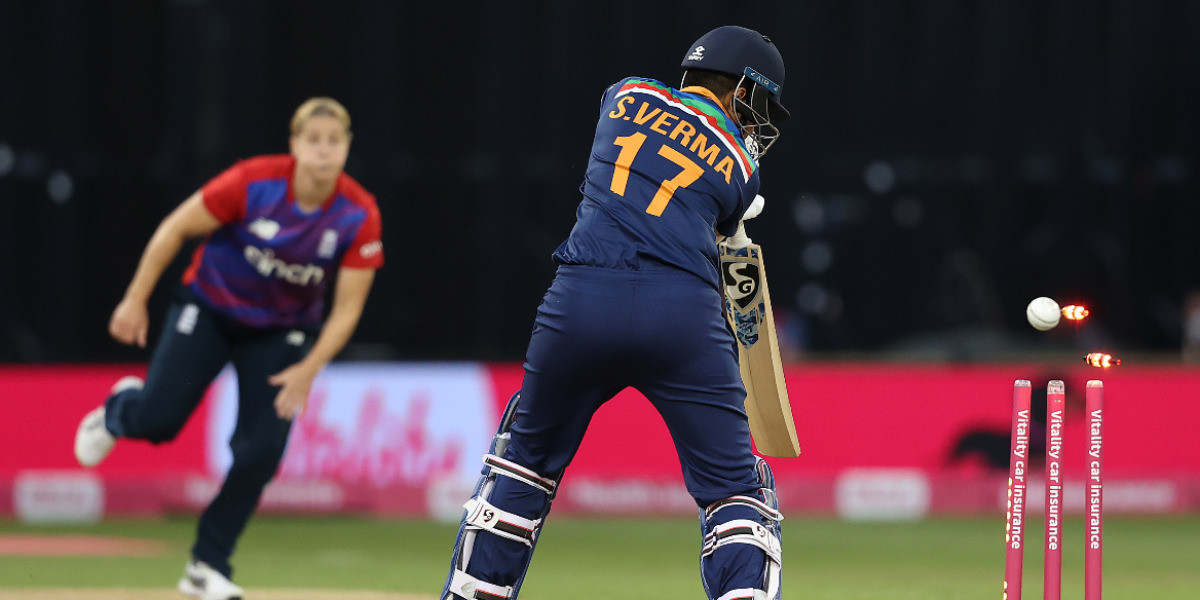 Rain or no rain, India women have been a step behind their English counterparts in the white-ball. In the first T20I, despite picking wickets at regular intervals, a joint-fastest half-century from Nat Sciver, well assisted by Amy Jones set up a record chase for India.

India lost Shafali Varma early. Though Smriti Mandhana hung around for a bit but India lost her and the captain Harmanpreet Kaur before rain intervened giving the hosts a victory by DLS method.

From the country ground in Northampton, the series will move to the county ground at Hove.

There isn’t a lot of data available to infer from for the County Ground at Hove. There has been only one WT20I played here since 2018. Batting first, England managed a mere 121/8 before Australia knocked down the target with ease. However, the wickets to fall were shared equally by pace and spin. 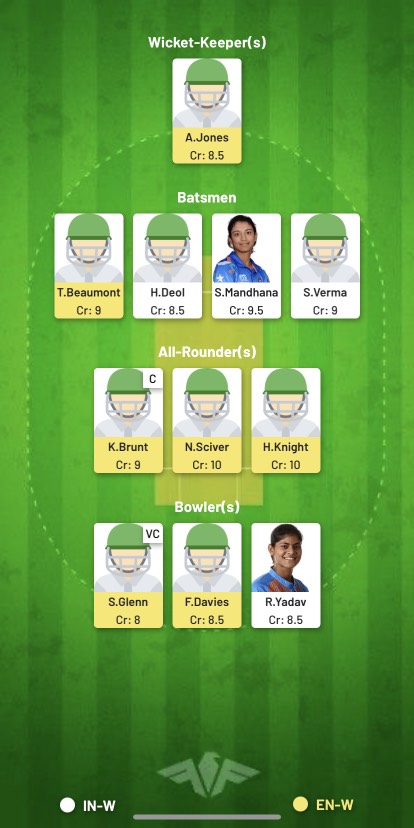 Katherine Brunt has not been wicket-less in the last seven T20Is. He has taken 11 wickets in these games. Batting at seven, she might get a chance to get among some runs as well. She is expected to fetch the most points by criclytics. 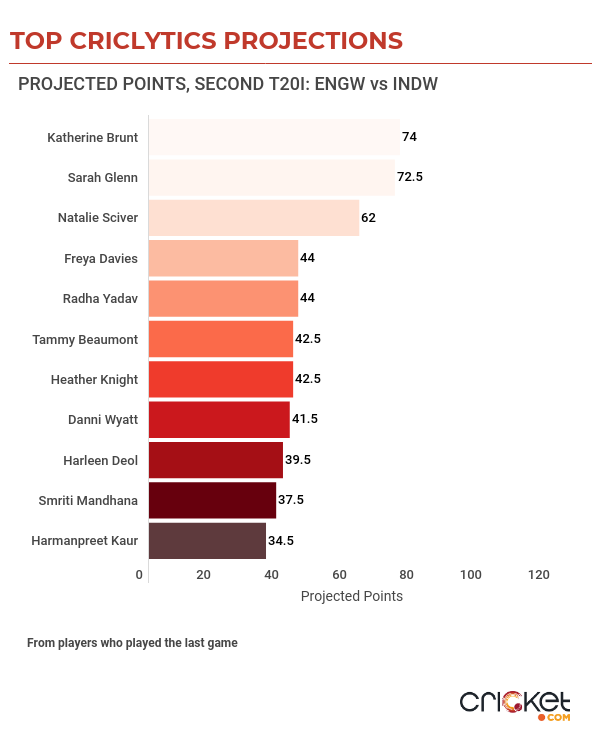 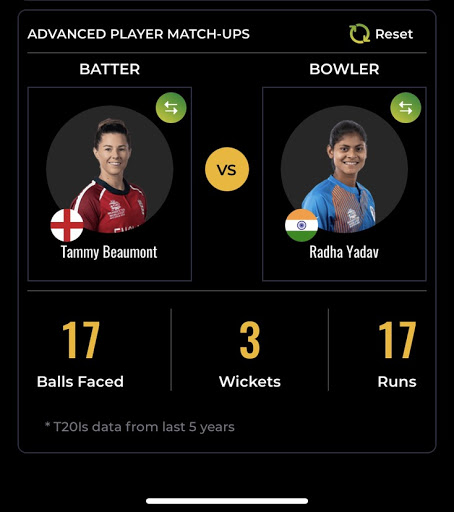 Tammy Beaumont has not enjoyed facing Radha Yadav. In T20Is, she has been dismissed thrice against her left-arm spin averaging around six. You can check out more in-depth projections and key match-ups for this match here.