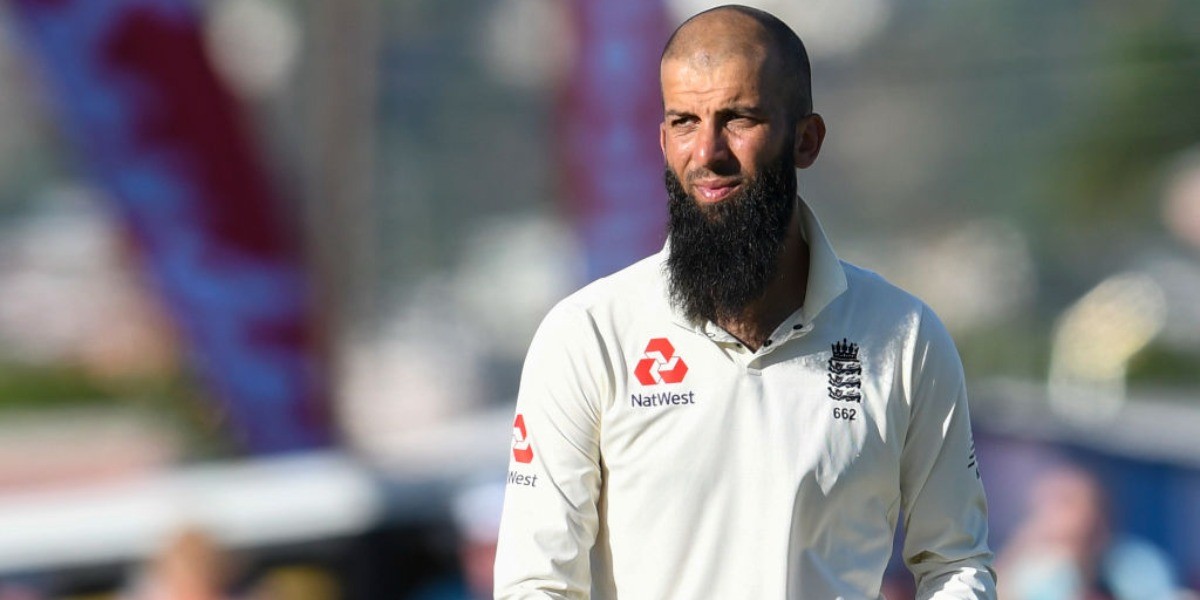 Sir Ian Botham, Andrew Flintoff and Ben Stokes are few of the best all-rounders England has produced. Not just in England but, the all-rounders around the globe that have always garnered admiration have always been pace bowlers. Sir Garry Sobers, Imran Khan, Jacques Kallis so on and so forth.

In conditions not tailor-made for his style of bowling, Moeen Ali was the dissident. After the retirement of Graeme Swann in 2013 December, England needed a specialist spinner. Moeen’s introduction in 2014 was the solution. In addition, his ability to score runs on consistent basis was a boon for England.

Moeen had a fantastic start to his Test career. Making his debut in 2014, he had scored 1927 runs by the end of 2016, which is 68% of the total runs he has scored in his Test career. He had scored those runs at an average of 35 with five centuries. To match that, he had bagged 98 wickets at an average of 42.2. The year 2016 was marked as his best when he scored over 1000 runs and bagged 25+ wickets. That year saw Moeen score four centuries. Only three allrounders in the history of Test cricket have scored 1000+ runs and bagged 35+wickets in a calendar year. There were signs of a perfect all-rounder in the making. 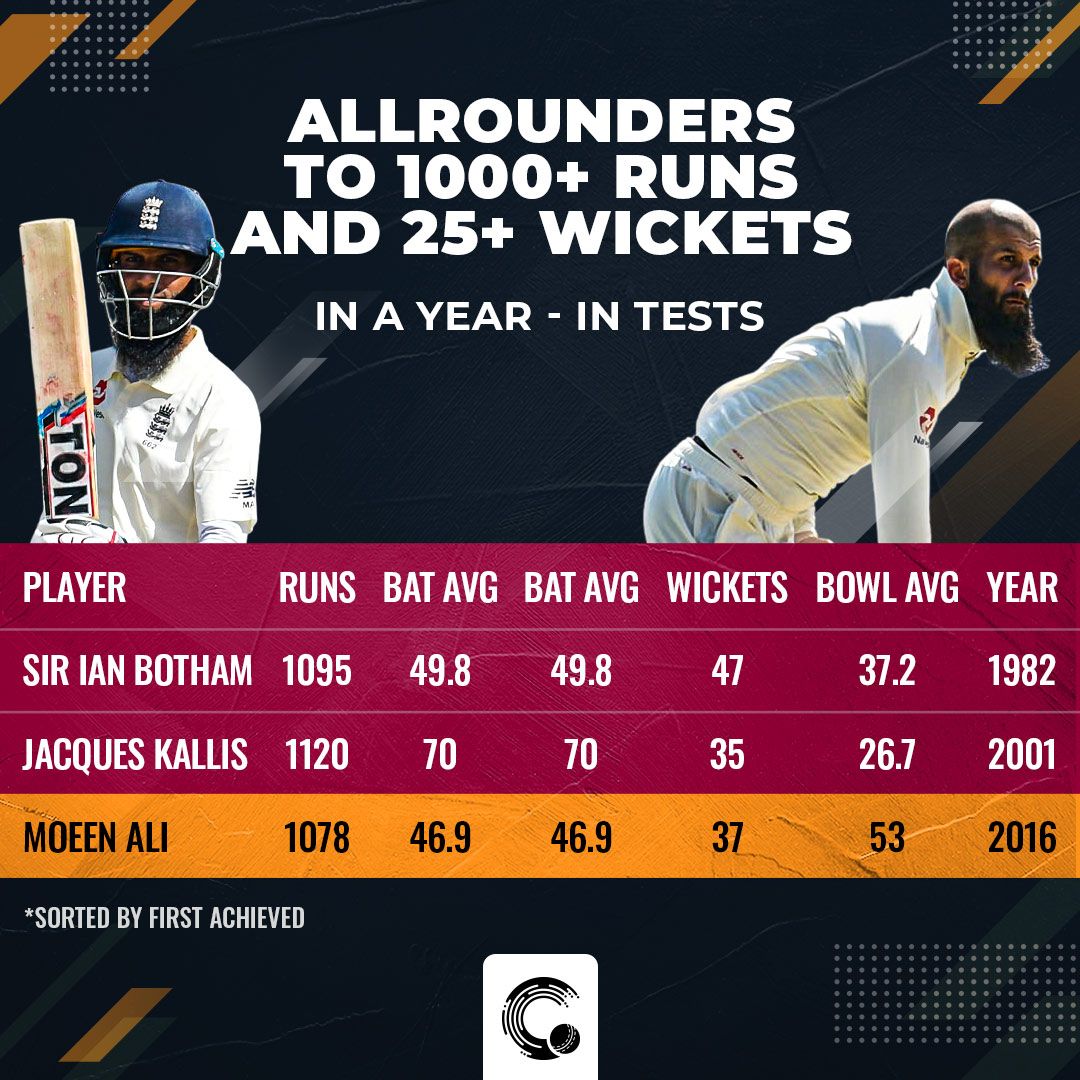 BATTING PLUMMETS DOWN AS BOWLING GETS BETTER

From becoming one of the premier all-rounders, Moeen batting numbers started a downward spiral. Soon he became a bowler who could occasionally bat. After a sensational 2016, Moeen has failed to replicate his heroics till now, especially on the batting front. In fact, the toll has taken a reverse effect after his attempt to become the perfect all-rounder. 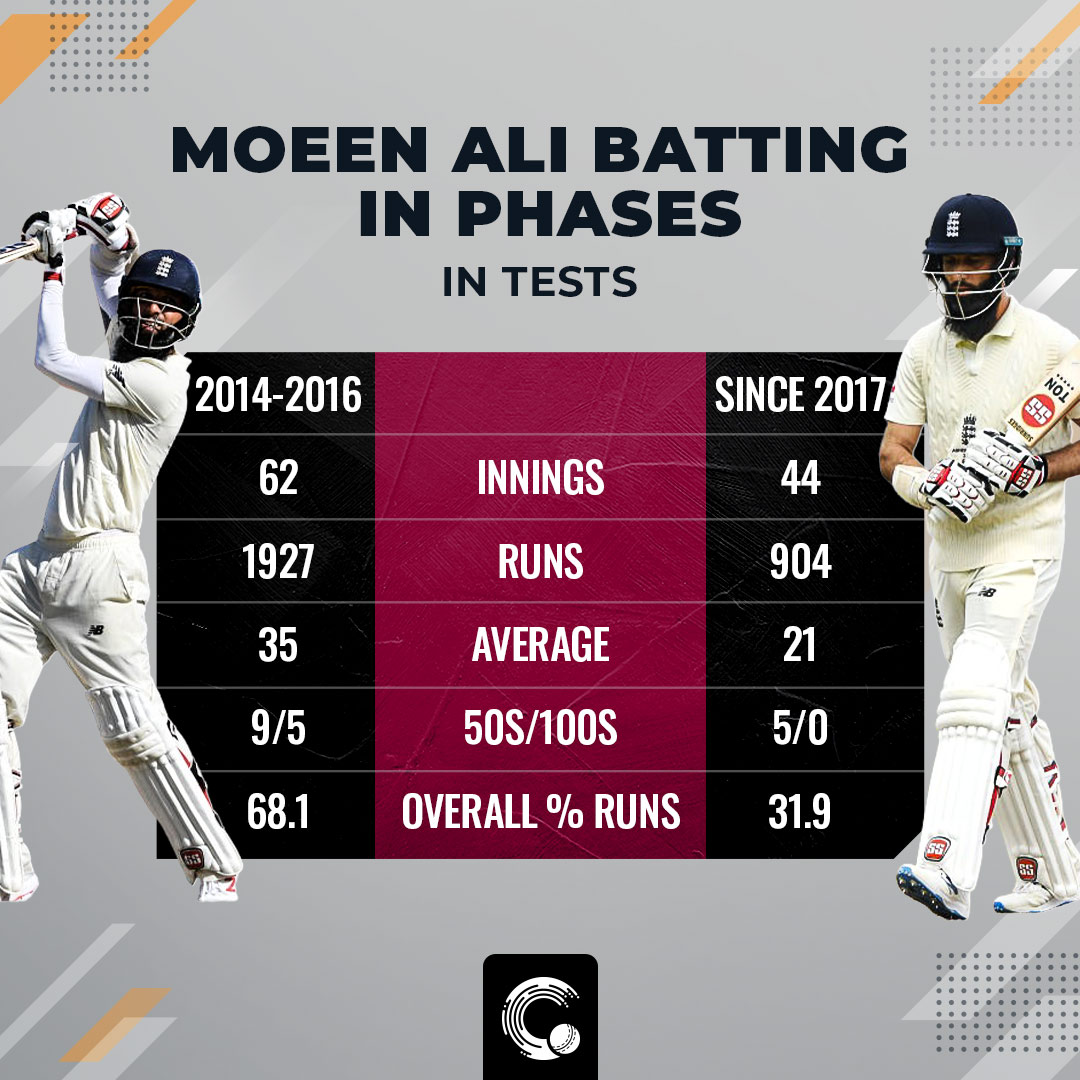 A significant drop in batting has affected Moeen's selection in the playing XI dearly. From his debut in 2014 till 2016, England played 38 Tests. Moeen was part of the England XI in 37 of these. But, since 2017, England have played 54 matches and Moeen has missed out 30.

From the bowling point of view, Moeen bettered his 2016 stint in terms of average. He had bagged 33 wickets at an average of 31.6. In contrast to his batting, Moeen’s bowling kept on getting better. In fact, so better that his bowling strike rate of 51.3 is now the best among spinners who have bowled 25+ innings in Tests since 2017. 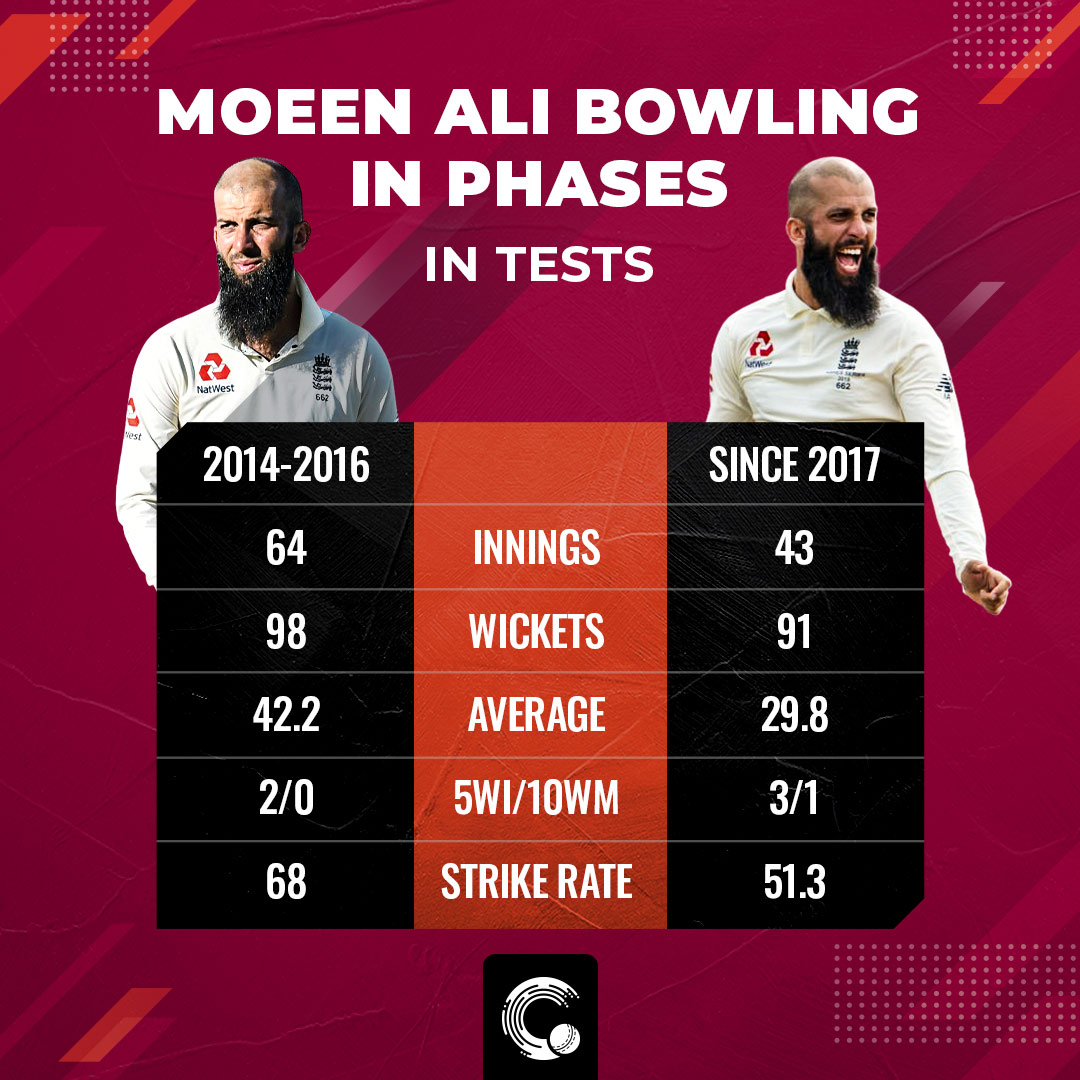 Moeen’s journey in Test cricket is not as straightforward as the numbers suggest. After a poor first Ashes Test at Edgbaston in 2019, he was left out of the side. Subsequently, in September that year, the England Cricket Board did not offer him a central contract. Following this, Moeen decided to take an indefinite break from Tests to focus on white-ball cricket.

“Since my international debut in 2014 the miles on the clock have probably crept up and Test cricket is the level where the pressure and scrutiny are greatest. Combining it all had become a bit draining and rushing back now might have seen nothing change in this regard,” announced Moeen before England were to tour South Africa in December 2019.

Relieved of a central contract, Moeen travelled around, playing franchise cricket is South Africa, for Multan Sultans and also the T10 league as he became a sought after T20 cricketer.

Moeen returned to the red-ball side during the tour to Sri Lanka in early 2021 but contracted COVID-19 and could not play a game. His return to the XI was during the second Test of the coveted tour of India that followed the series against Sri Lanka. The Test in Chennai was not memorable for England but it was a game that breathed new life into Moeen’s career. He finished with eight wickets in the Test, including those of India’s captain and vice-captain in both innings. More importantly, he smashed an 18-ball 45 batting at nine on a tricky wicket, days before the IPL auction.

However, a stubborn rotation policy and Moeen’s reported frustration with the life in bubble mean that he missed out on the last two Tests. But, his exploits in Chennai caught the eye of IPL franchises and he bagged a heavy contract with the Chennai Super Kings.

Since then, Moeen’s reputation as a white-ball cricketer has exponentially increased. He was CSK’s MVP in the curtailed IPL and is leading the Birmingham Phoenix in the hundred with flying colours. The ECB have now decided to pull him back from a position where he would have been a certainty for England’s T20 side for the World Cup, to a format where Moeen has been indifferent.

But, that is the need of the hour for the home side. The ghosts of Moeen tormenting them with his drift and turn from the last two tours might still haunt India. Moreover, with no Stokes around, England are missing someone who can bowl while batting in the top seven.

Joe Root justified why Moeen was not in the fray when the series began and is called upon now.  "When we initially picked the squad Ben was in that and we also looked at Chris (Woakes) and thought he would make it out of the injury and be available for the second Test but that's not happening. Even if he hasn't played recently, we know what Moeen can deliver and he has the experience". While he might not be their first-choice option, England are looking to solve multiple issues with one selection.

Their fickle approach to Test cricket might not lead to much for Moeen in the long run. But for now, this might be another one of his numbered chances to resurrect a Test career currently in limbo. 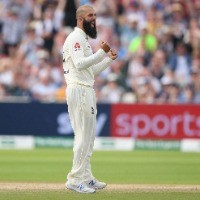 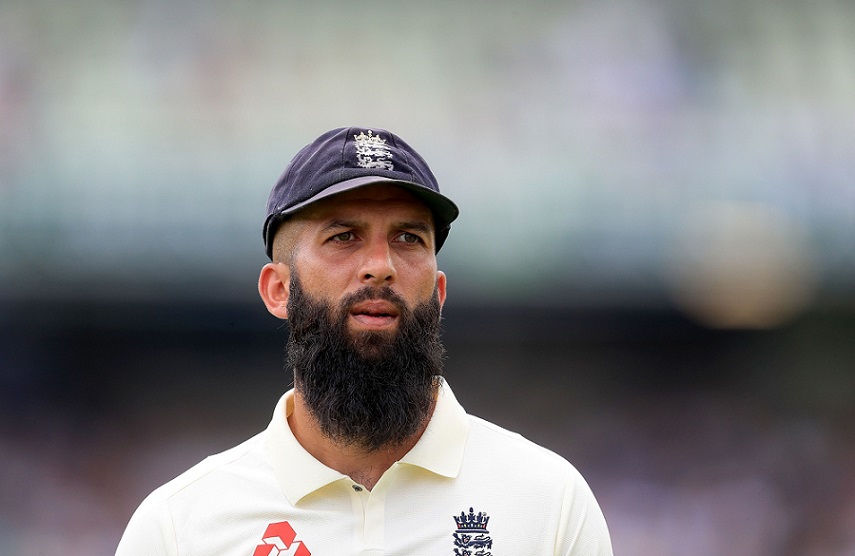 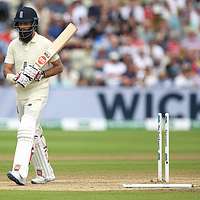 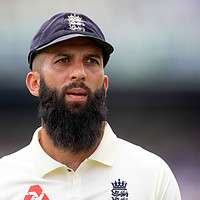 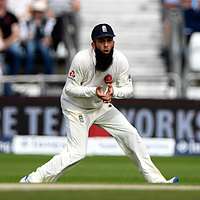