Fantasy: A fast-bowling fest on cards at the MCG 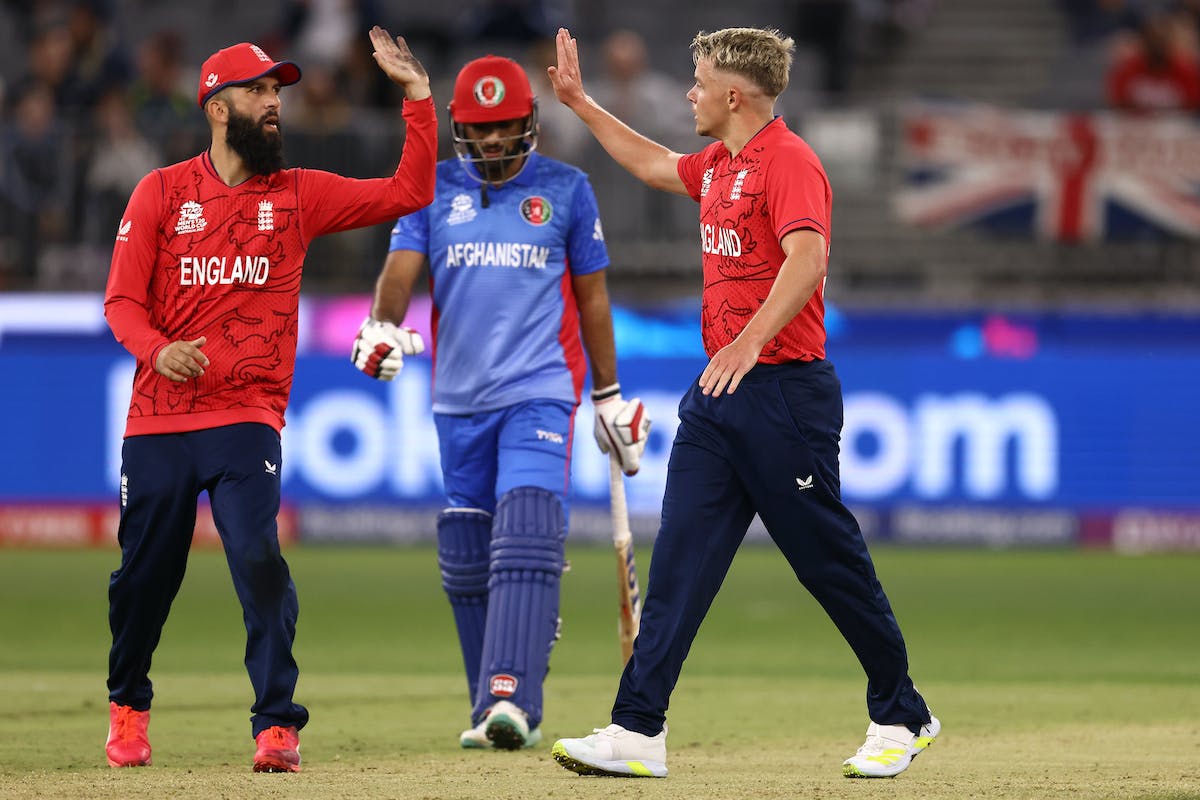 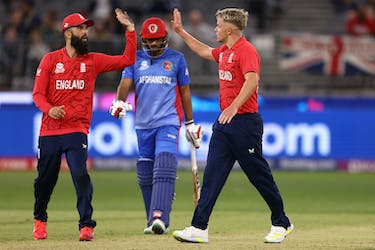 Fantasy: A fast-bowling fest on cards at the MCG

Australia take on bitter-rivals England in Match 26 of the T20 World Cup 2022 Super 12 at the MCG on Friday (October 28). Both teams, who were considered the favorites before the tournament, were stunned in their first two matches. England started off with a nervy win over Afghanistan were defeated by an inspired Ireland which has complicated their road to the semifinals. For defending champions Australia, the jolt came earlier as they were outclassed by New Zealand in their first game, but managed to bounce back with a big win over Sri Lanka.

Just before the World Cup, England beat Australia 2-0 in the T20I series at home. In the overall in the head-to-head, England are slightly ahead with 11 wins to Australia's 10 wins from 23 matches.

Fast bowlers have benefited from the pacey conditions at the Melbourne Cricket Ground in the ongoing T20 World Cup. They have accounted for 21 of the 27 wickets that fell at an economy of 7.5 and struck every 14.4 balls. Spinners have suffered a beating, conceding at 7.9 runs per over and have got a wicket every 23.5 balls.

It is better to stock your team with four frontline pacers plus one pace-bowling allrounder, for which you have plenty of quality options on both sides. One spin-bowling allrounder is a good to have for variety. 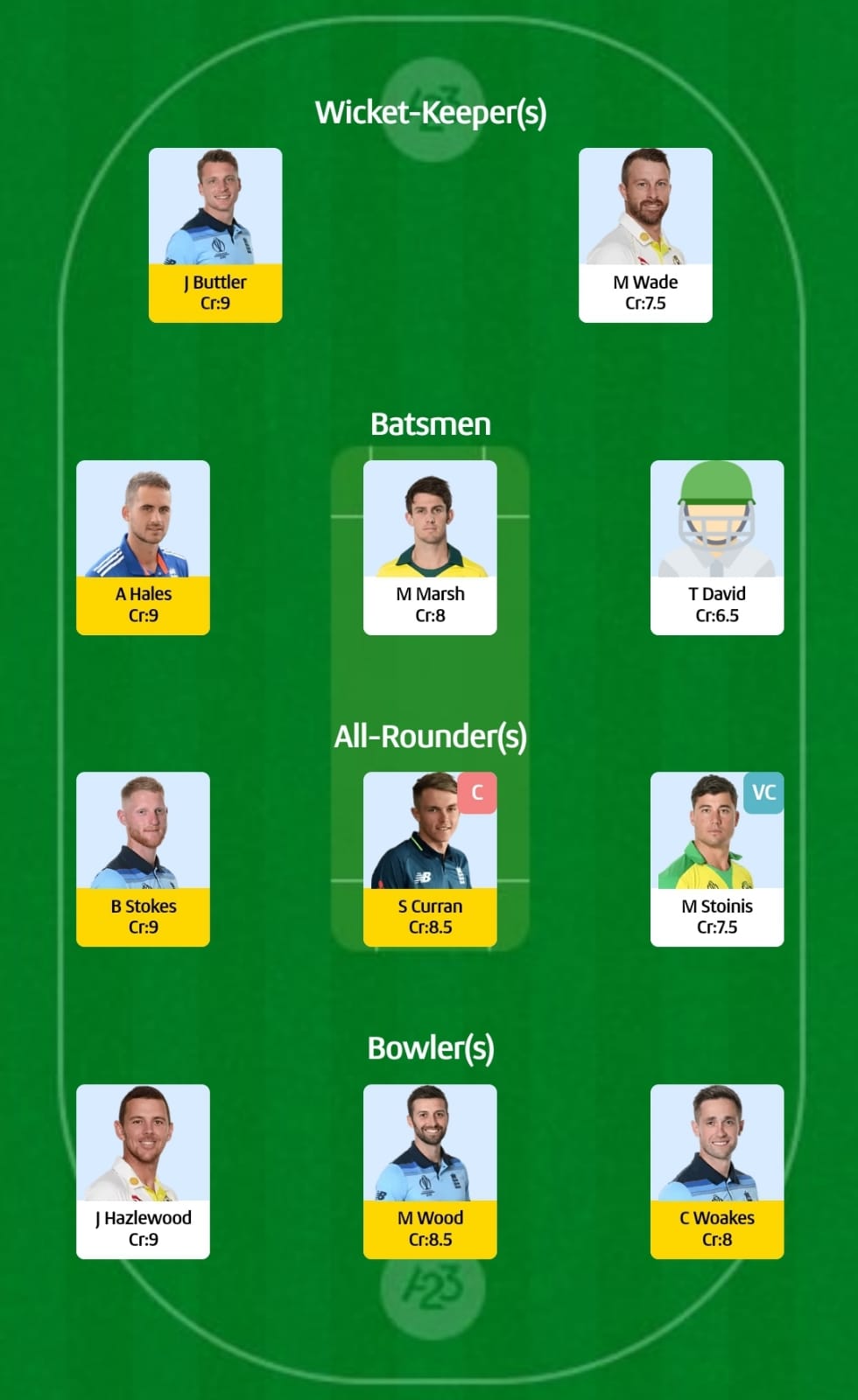 - No other English player has played more T20 cricket or has scored more runs in Australia than Alex Hales. The opener has amassed an outstanding 2040 runs from 70 matches at a superb strike rate of 149.7. Despite starting the T20 World Cup in a poor fashion, Hales might just step up against Australia against whom he scored 84 off 51 balls recently.

- Mark Wood has been back to bowling his fiery spells as he claimed two wickets in the powerplay against Afghanistan and Ireland. He will be relishing to go up against David Warner whom he hasn't dismissed in T20Is so far.

- Marcus Stoinis has been successful against Alex Hales and Ben Stokes claiming their wickets thrice in T20Is and has single-handedly took the game away from Sri Lanka in their previous match with an unbeaten 59 off 18 balls. 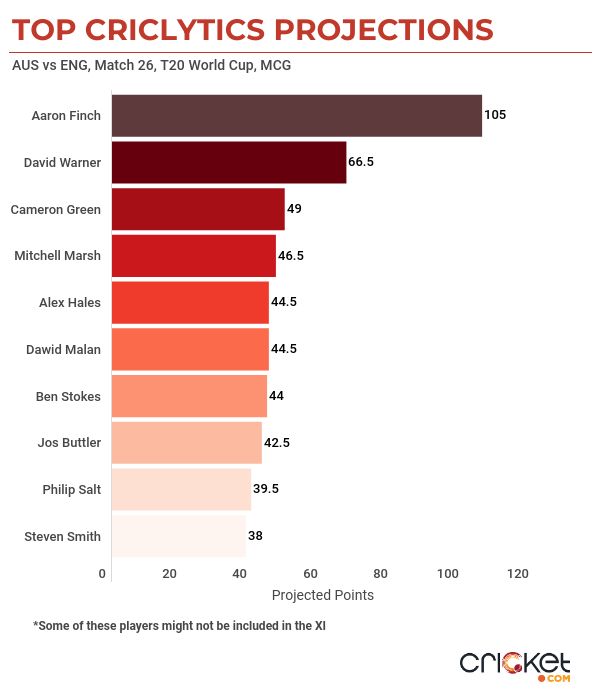