Fantasy : Back Stirling and Raza to deliver for your team 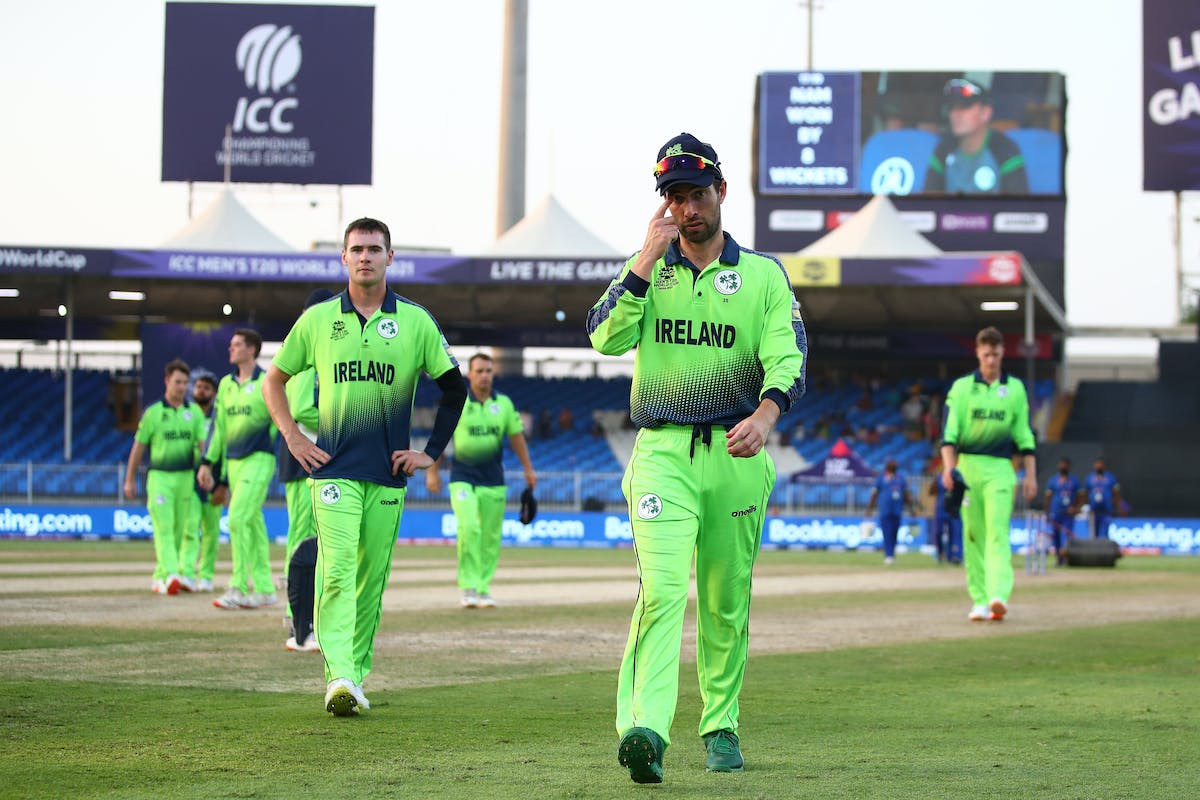 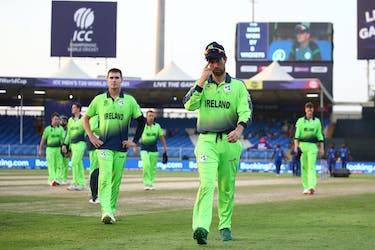 Fantasy : Back Stirling and Raza to deliver for your team

Here are a few tips that could help you create your fantasy XI for the T20 World Cup Group Stage game between Ireland and Zimbabwe at the Bellerive Oval, Hobart

After the T20 World Cup got underway in Geelong on Sunday, things will be more interesting on Monday when two Super 12 favorites Ireland and Zimbabwe take on each other to spice up the Group B contest. Unquestionably the group of death, Group B also has West Indies who can stir the pot any given day and that will be a challenge that both sides will keep in mind.

Not even getting an opportunity to compete in the T20 World Cup last year, due to their ban, would have hurt the African nation big-time but they are now back for good. After winning the Qualifiers, they are now bolstered with a full-fledged unit. Including Sikandar Raza, who has played some terrific innings lately, they have the likes of Sean Williams, Luke Jongwe, Tendai Chatara and Blessing Muzarabani to boost the unit. When it comes to depth, Ireland don’t lie too far behind either and that is exemplified by Andy McBrine, who helped them pull off an incredible series win against West Indies in Caribbean, doesn’t even find a spot.

The Bellerive Oval, Hobart, historically, has been a batting-friendly venue, with 21274 runs being scored in 68 matches at a run-rate of 8.3. Average first innings score at the venue has been 167 but the winning score has been 179, making sure that we can have a sure-shot game of fours and sixes in our hands. Pacers have been more successful at the venue, having picked 67.8% of wickets but spinners have had a better control over the match, with an economy rate of 7.8. But your pacers are always going to be more crucial to the plans given the fact that they pick 4 wickets on an average every match as compared to 1.9 wickets by the tweakers. 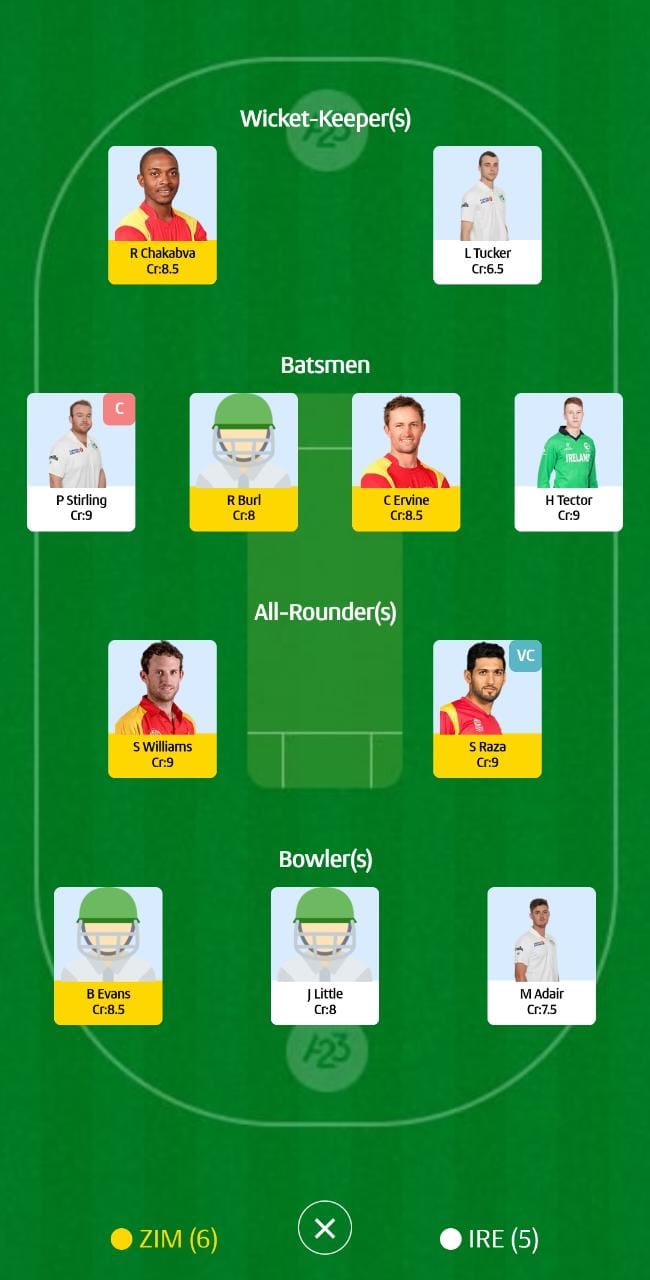 - Tucker has 373 runs at 41.44 to go with a strike-rate of 141.28 in that position. All his four fifties in T20Is have come when he has come in at the fall of the first wicket. By promoting him to No.3, Ireland have taken the best possible step and the wicket-keeper batter is perfectly positioned to take the advantage of the role.

-  In Hobart, wrist-spinners have taken less than 50% of wickets among all the wickets taken by the spinners. That is the lowest for any venue in the competition. So with the clear knowledge that wrist-spinners are not the best commodity out there, it would be wise to pick a finger spinner instead.

- In all the six venues, teams batting first have won 50 or more percent of the matches, especially in Perth and Hobart. Both venues have hosted seven T20s each since 2021, with only once each the chasing side fulfilling their target. So batting first, however unwise it may seem according to conventional wisdom, would be a wise thing to do.

-  In the last two years, Ryan Burl has taken 21 wickets at 18.85 and has taken ten wickets in 13 games at 21.00. That has been the marker of an evolution in all-rounder’s career and hence having him in your squad means you are going to be benefitted from his all-round expertise.

-  In 2022, Paul Stirling already has 1066 runs in T20 cricket - the second highest he has scored in a calendar year. In all likelihood, he would cross his highest of 1082 runs against Zimbabwe tomorrow. With that consistency and penchant for runs, it would be unwise of you not to pick him in the XI. 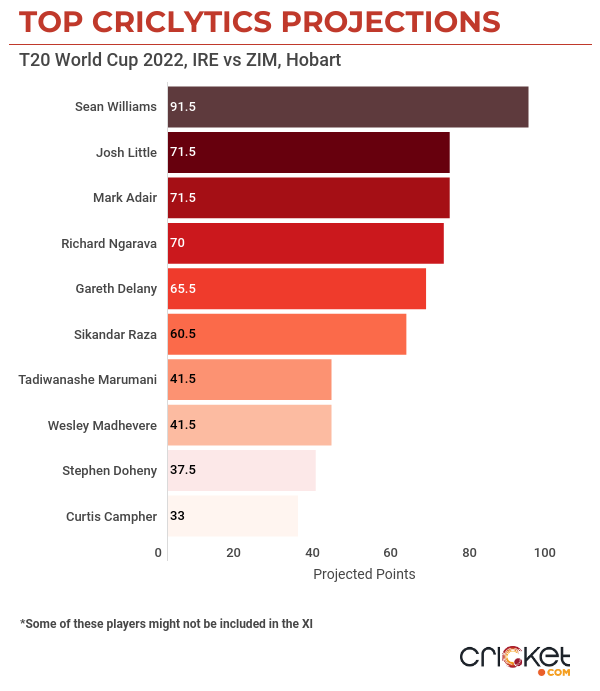