Fantasy: Bank on David Warner and Tim David to deliver 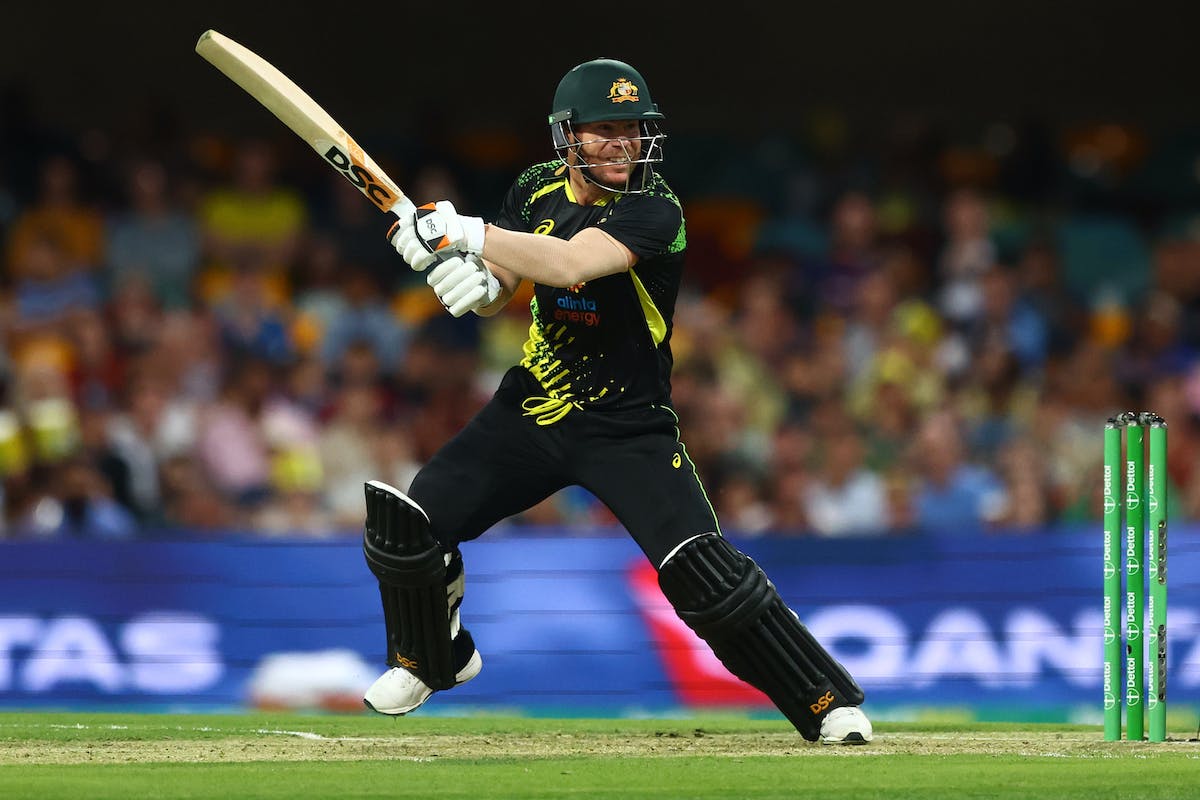 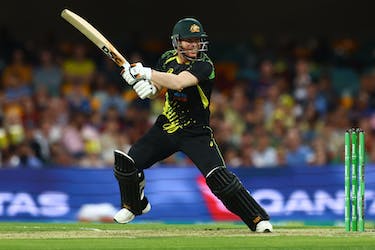 Fantasy: Bank on David Warner and Tim David to deliver

With eyes on the T20 World Cup set to commence Down Under in less than a week, Australia are not keen on taking any chances ahead of the marquee event.

In a three-match series against England before they begin their title defence, the home team have opted to rest their first-choice bowling attack. Adam Zampa, Mitchell Starc, Josh Hazlewood, Pat Cummins and Glenn Maxwell are rested for the opening clash in Perth as part of their rotation policy to keep the bowlers fit ahead of the tournament.

On the other hand, England will set foot in the Aussie land, riding high on confidence after their record-breaking 4-3 series win against Pakistan away from home.

While Jos Buttler missed on due to injury, Moeen Ali led the side to a series win and is expected to take over the role if Buttler does not achieve the optimum match fitness before the toss.

With Phil Salt, Harry Brook and Dawid Malan impressing in the series against Pakistan, it is fair to say England are spoiled for choices as they aim to fine-tune their combinations before the World Cup.

The two sides have been involved in some riveting rivalries over the year, with Australia winning 10 out of the 20 matches played thus far, and one game producing no result.

It promises to be a Sunday blockbuster with two heavyweights locking horns, and here are some of the critical tips you can use to build your fantasy team.

The Optus Stadium in Perth is hosting a men's international T20I after three years and is expected to assist strokeplay. In the 44 T20 innings played at this venue, the average score is around the 160-run mark, and the average winning total in the first innings is around 184 runs. 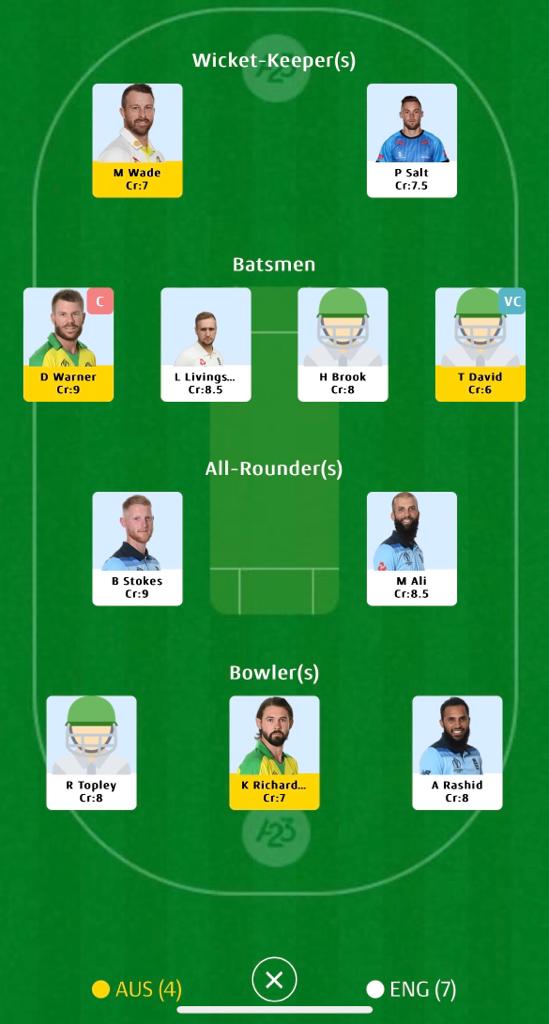 David Warner has been one of the most consistent batters for Australia since his debut. The southpaw scored 219 runs in five innings this season at an average of 54.75, which is the second-best among Australian batters with a minimum of five innings.

In the absence of Jos Buttler, Phil Salt made the most of his opportunities in the abase on Jos Buttler to showcase his talent in the international arena. The right-handed batter smashed an unbeaten 88 in the sixth game to guide England to an eight-wicket win and level the series 3-3.

Salt scored 167 runs in seven innings at a strike rate of 157.54 and will be the key for England, along with Jos Buttler at the top of the order.

Another young player coming through the ranks is Harry Brook. Touted to be the next big thing in England cricket, Brook was outstanding in the series against Pakistan and scored 238 runs in six innings at an average of 79.3 and a strike rate of 163.1.

Tim David has taken world cricket by storm with his exploits in the T20 leagues and international cricket. The right-handed batter has scored 1287 runs in 59 innings at a strike rate of 175.6, which is the second-best among batters in T20s in a minimum of 30 innings.

The stand-in skipper for England, Moeen Ali, will be another player to watch out for in this series. The all-rounder smashed 142 runs in four innings at a strike rate of 159.55 and was only dismissed once in the series. With form on his side and his ability to dent the opposition with his off-spin deliveries, Moeen will be the key for England in this clash. 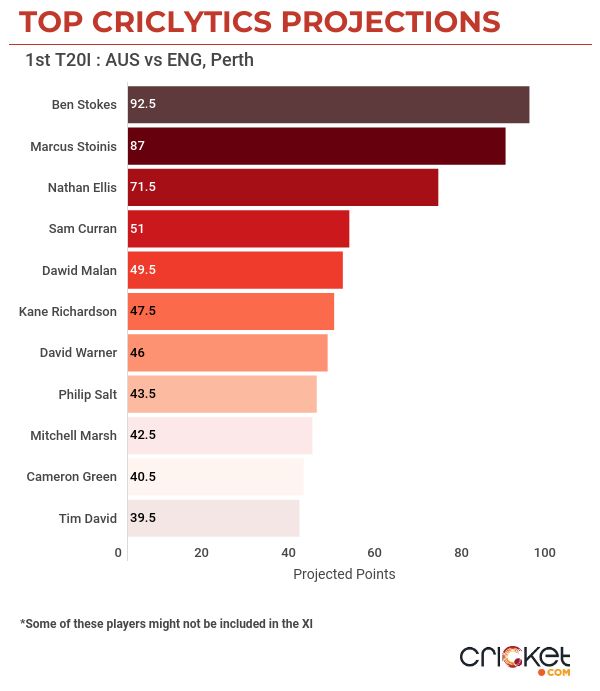