Fantasy: Bank on Hazlewood to boost your fantasy points 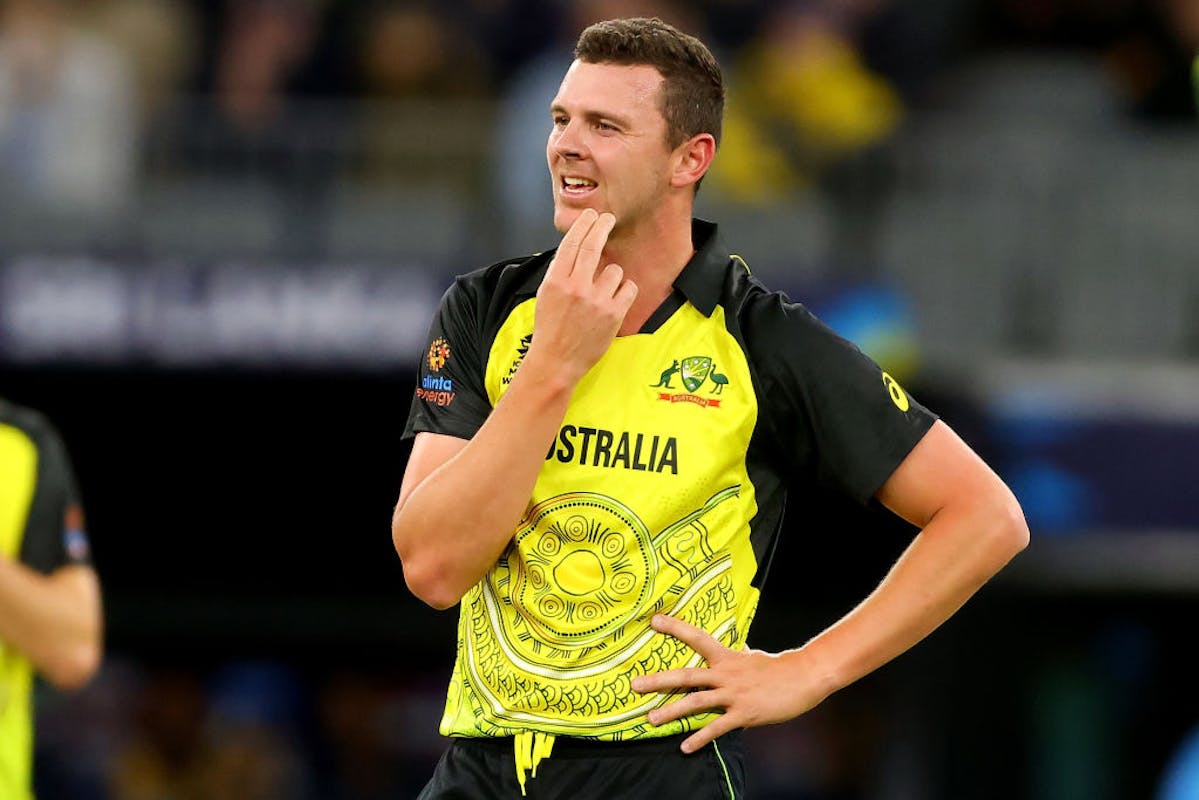 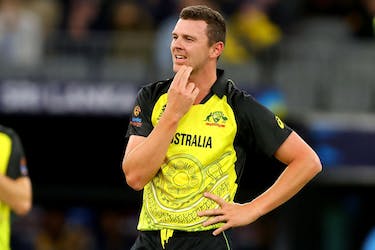 Fantasy: Bank on Hazlewood to boost your fantasy points

After losing the opening encounter against New Zealand by a margin of 89 runs, Australia wanted everything to go their way, but a washout against England kept them in a perilous situation. What would make them a little bit comfortable now is the fact that they have two games remaining in the Super12 stage - against Ireland and Afghanistan - and have a genuine chance of coming out triumphant with a strong boost to their already-tattered net run rate in both of them.

However, they would beware. Ireland beat England in a rain-affected encounter to cause one big upset and that has now put England in a difficult situation. The Andrew Bilbirine-led side would know that they have it in them to topple the giants, even if it doesn’t come easy.

It is Brisbane. I guess that’s enough for you to make the assumption. In T20Is at the Gabba, pacers have taken 50 wickets at an average of 27.6 and a strike rate of 20.1. On the other hand, spinners have taken just 13 wickets in 10 games at a dire average of 32.9 with a bowling strike rate of 24.5. Presence of quality pacers is going to be crucial for your XI, as they have claimed 134 wickets to spinners' 71 in the last 16 T20s at the venue. However, spinners have an economy of 7 to pacers' 8.1, so it is good to have one quality spin option.

While it is established that pace is going to be key at the Gabba, the true bounce of the surface will help the Aussies big-time. In the last 16 T20 matches played at the venue, average first innings score has been 156. Overall, winning the toss has been crucial during this period as teams batting first half won eight times, the same as chasing teams. 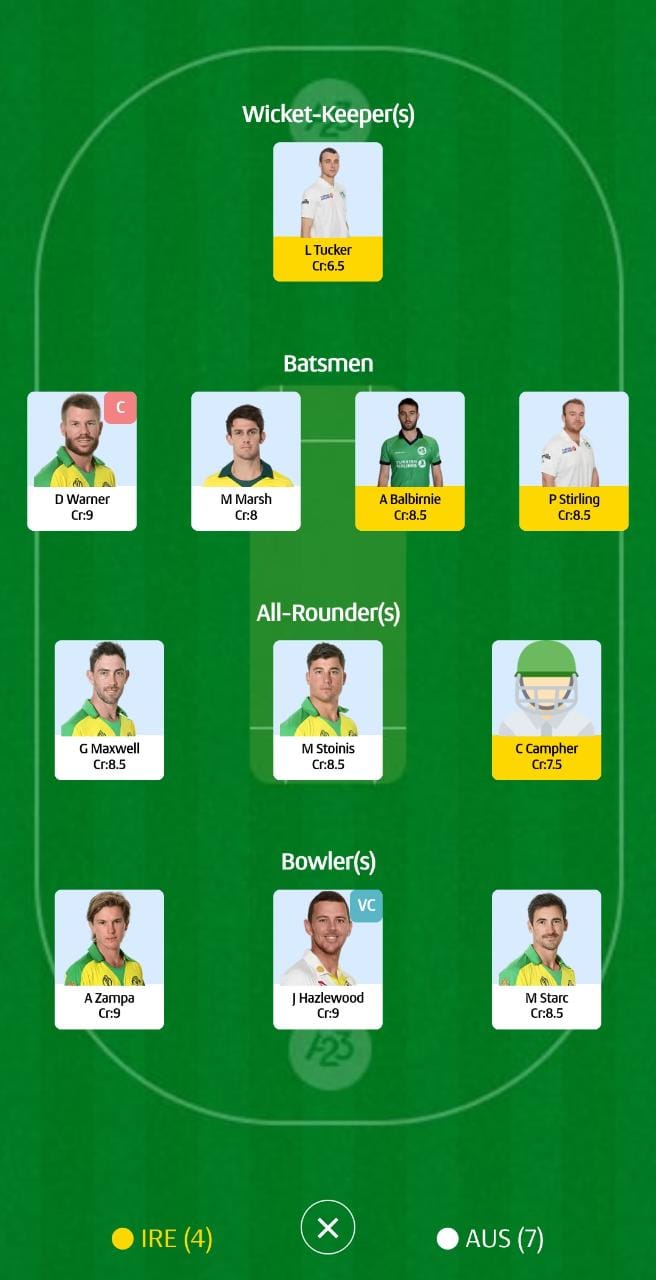 Marcus Stoinis has had a sensational year so far in his T20 International career. He has scored his most runs in T20Is in 2022. He also has had his highest SR in 2022 in T20Is. He would be looking to capitalize on this form in this game against Ireland after his blistering knock against Sri Lanka.

2022 has been a really productive year for Matthew Wade in T20Is. He has averaged the best in his career in 2022 and has also had a good SR. He has ensured to stand till then and finish crucial games for Australia in this season and he would be looking forward to carry the bat till the end in the coming games too.

After 2014, only in 2021 and 2022 Mitchell Starc has crossed 10 wickets in a calendar year. He has been in good form since 2021. He would be looking to continue this against Ireland in the WC clash against them at the Gabba.

In Australia, Starc has taken wickets across the 3 phases but has had a better SR in the middle overs. His economy is at his best in the Powerplay. He has taken most of his T20I career wickets in Australia and the expectation would be for him to continue on this streak.

Paul Stirling has crossed 500 runs in a calendar year in T20Is for the 2nd time in his career in 2022. Though he averages less than what he did in 2021, he has continued the form that he set in 2021. His SR has slightly increased from what he did in 2021. You can have him by your side.

Lorcan Tucker has had a dream run till now in T20Is in 2022. This has been the best year for him in terms of run aggregate. His avg and SR have been lower than 2021, but he has been able to score crucial runs. 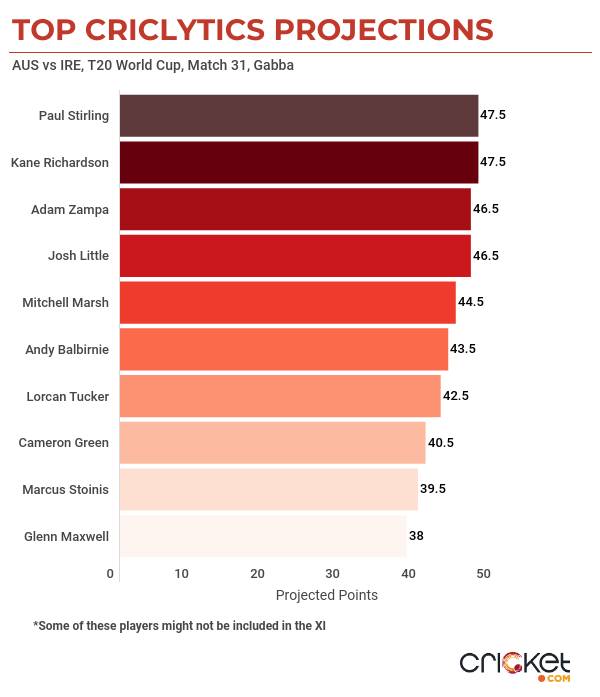