Fantasy: Bank on Rizwan, Conway to come good once again 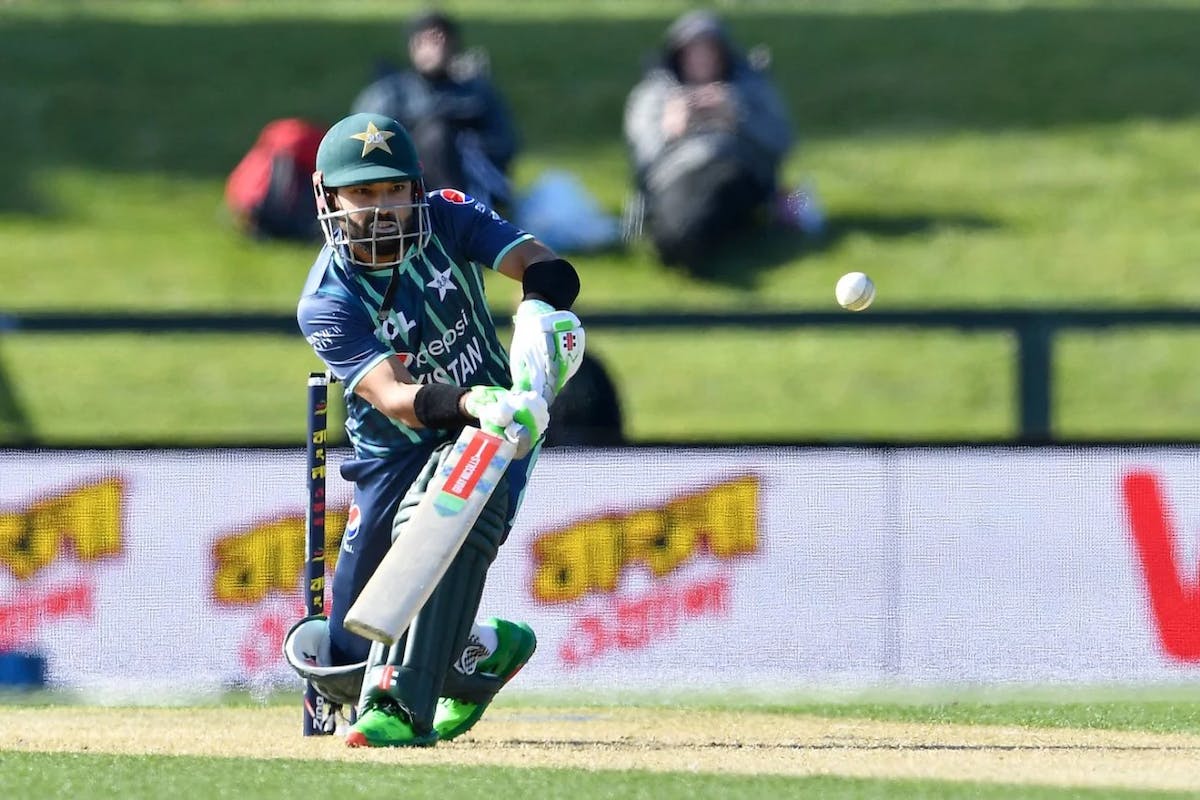 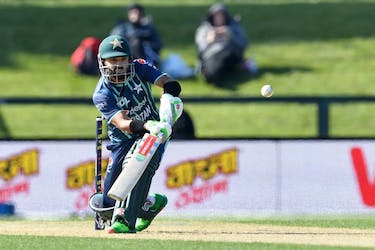 Fantasy: Bank on Rizwan, Conway to come good once again

New Zealand will take on Pakistan in the second encounter of the T20 tri-series, also involving Bangladesh, at the Hagley Oval in Christchurch on Saturday (October 8). Babar Azam and Co. hammered Bangladesh by 21 runs in the first match of the series and would look to keep that momentum going. Meanwhile, New Zealand have won nine of their 10 T20Is this year, but all those wins have come against teams like West Indies, Ireland, Scotland and the Netherlands. 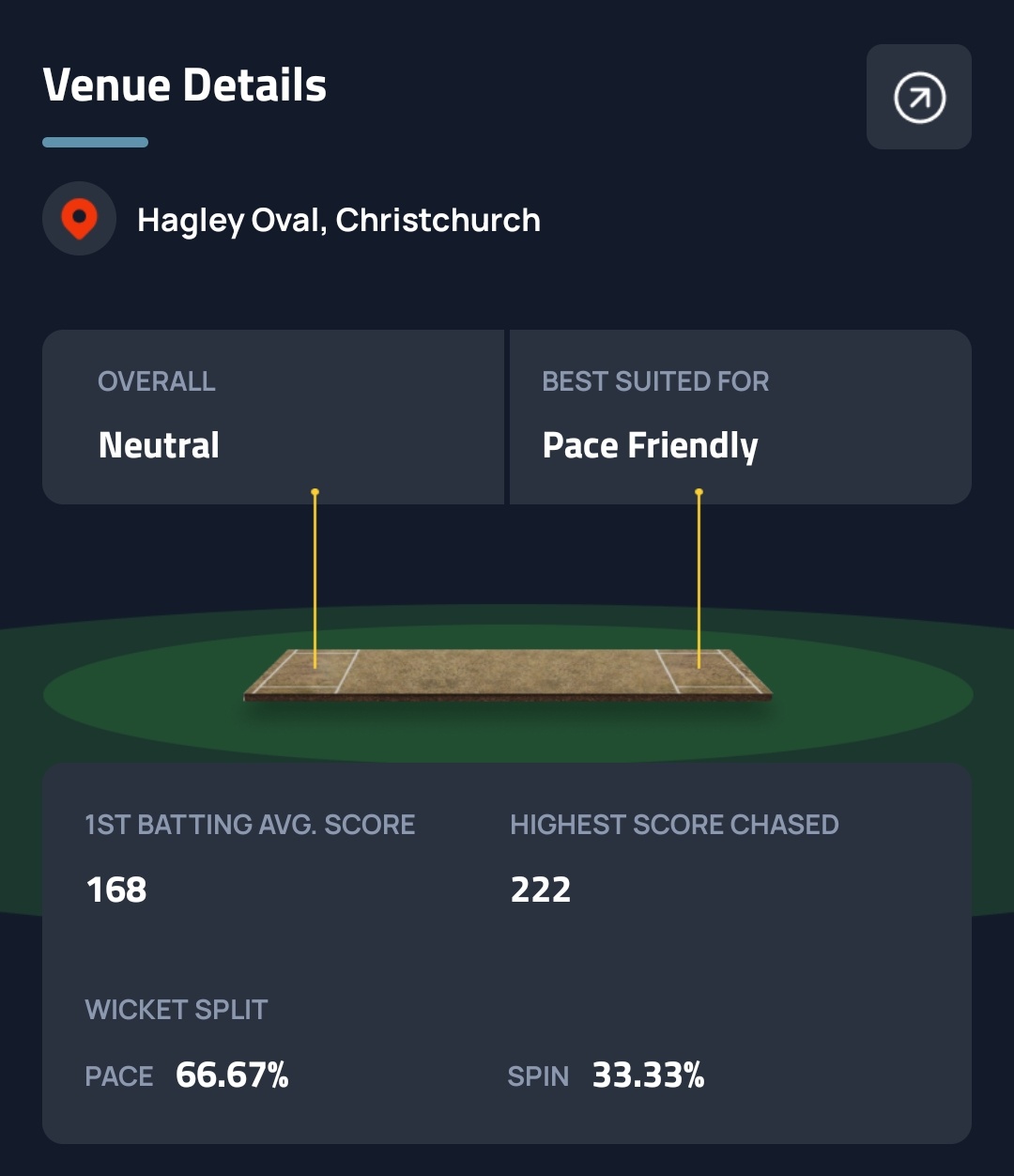 The Hagley Oval in Christchurch has hosted 12 T20s since 2021 and the batters here have scored runs at an average of 24.3 and a scoring rate of 8, while a wicket has fallen every 18.2 deliveries. The fast bowlers here have slightly better numbers, with them operating at an average of 25.9 and a strike rate of 18.8 in this period. Meanwhile, the corresponding numbers for spinners are 26.6 and 22.2 respectively.

In the first encounter, Pakistan managed 167/5 in their 20 overs and then restricted Bangladesh to 146/8. There are some quality fast bowlers and spinners on offer and it would be ideal to have a couple of spinners in your team who can also bat. When it comes to batting, both Pakistan and New Zealand have batters who have been very consistent of late. 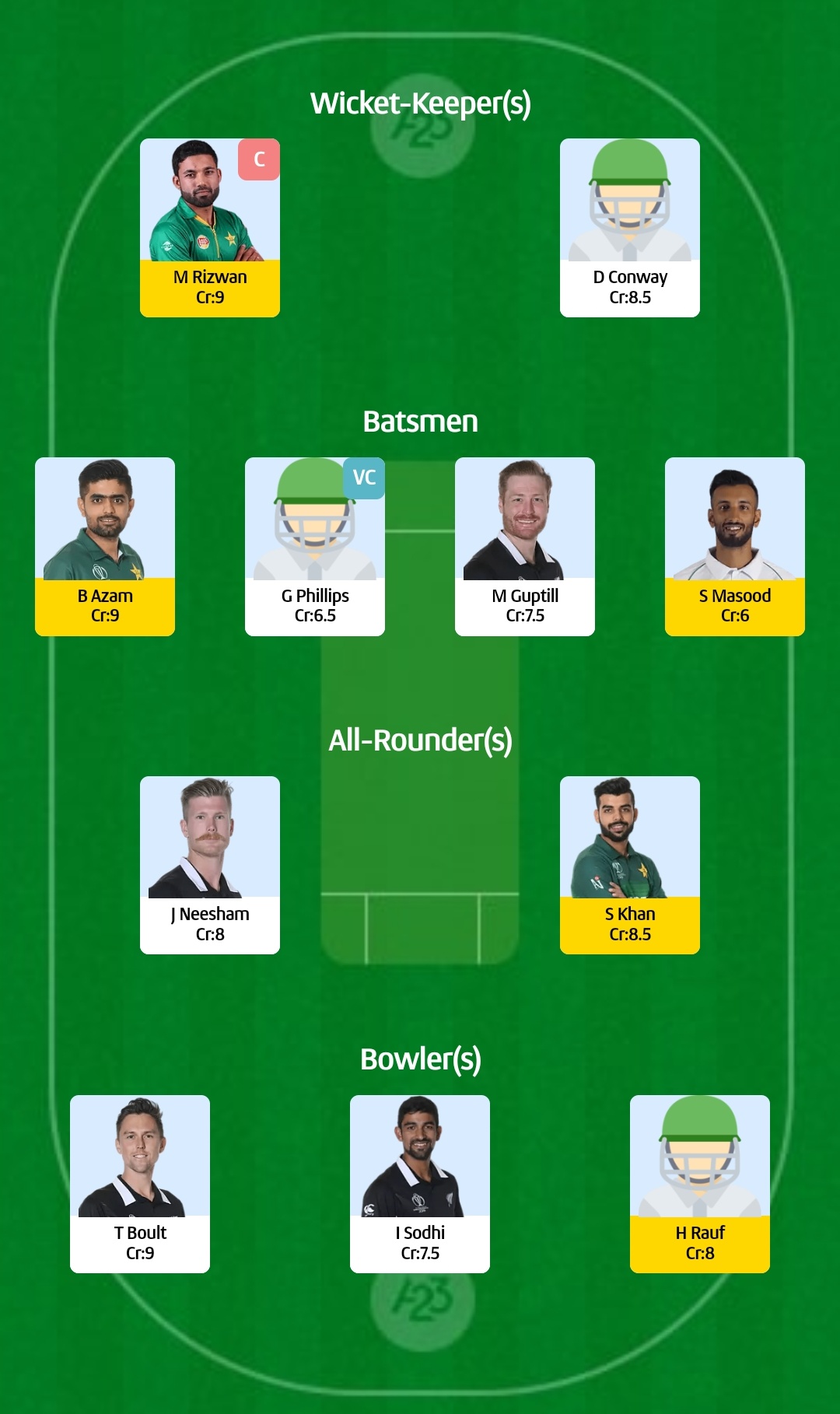 * Daryl Mitchell has been ruled out due to a fractured finger, while Mitchell Santner is not available for the first encounter.

Mohammad Rizwan simply can't stop scoring runs. The wicketkeeper-batter slammed 78* off 50 against Bangladesh and almost single-handedly propelled Pakistan to a match-winning total. In 2022, the wicketkeeper-batter from Pakistan has slammed 698 runs in 14 innings at a stunning average of 63.45. He has eight half-centuries to his name and has been dismissed under 20 only thrice in this time period.

With 18 wickets in 14 T20Is, no other Pakistan bowler has picked up more wickets than Haris Rauf in 2022.

Pakistan captain Babar Azam didn't have a great Asia Cup but did get a couple of big scores against England. The right-handed opener slammed a century in the second T20I and then got 87* in the sixth encounter. He didn't do much in the remaining five games and got only 22 against Bangladesh in the first game of the series. And, he would be eager to return back to his absolute best prior to the T20 World Cup.

James Neesham has been in superb form this year, having smoked 191 runs in nine innings at an average of 38.2 and an outstanding strike rate of 207.6. 153 of those runs have come in the death overs. The allrounder has also picked up four wickets in this period.