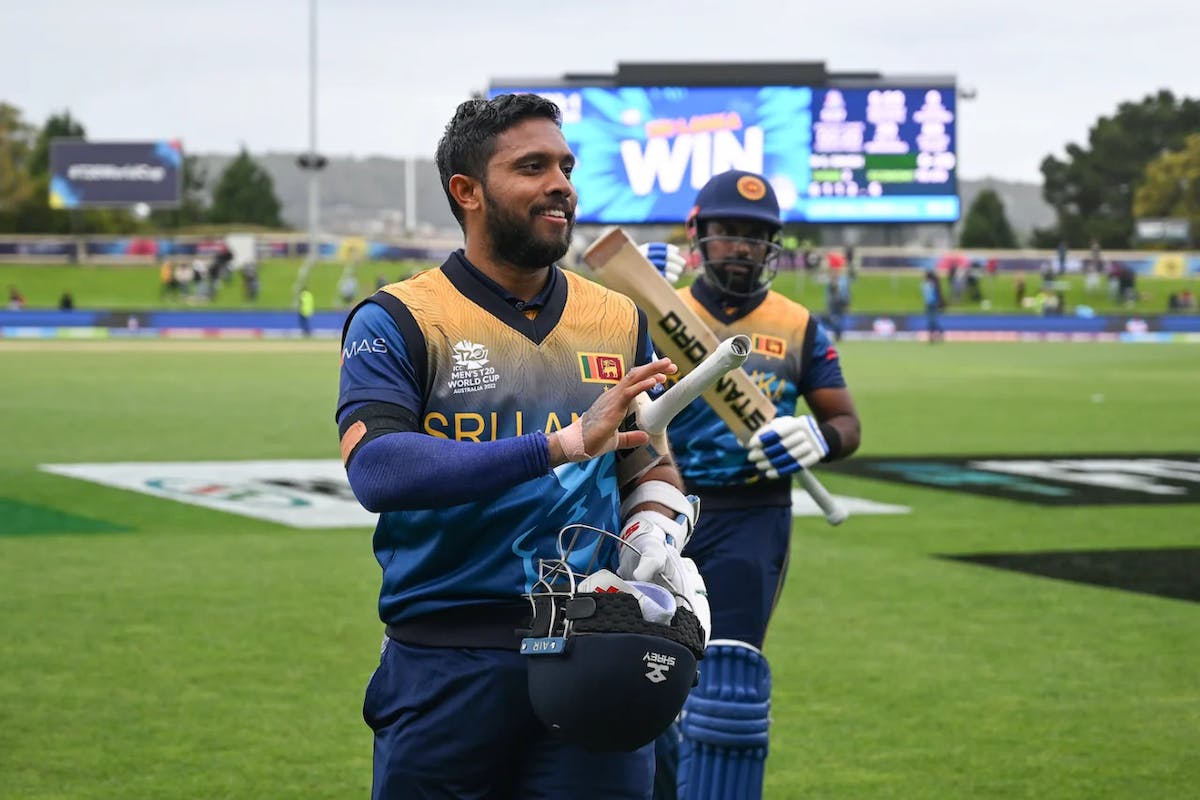 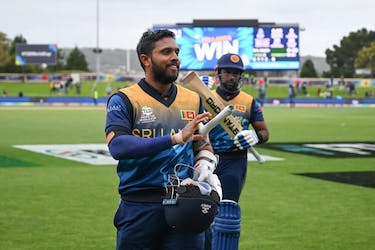 Afghanistan will take on Sri Lanka in Match No. 32 of the ICC T20 World Cup 2022 at the Gabba in Brisbane on Tuesday (November 1). Dasun Shanaka and Co. have lost two of their three encounters and can only end with a maximum of six points even if they win both their games. Even after that, they need New Zealand to win both their remaining games and Australia to lose at least one in order to hold any chances for the semis.

Meanwhile, Afghanistan lost to England in their tournament opener and then saw their next two games getting washed out. One of Sri Lanka and Afghanistan will be knocked out based on the outcome of this game. No result will knock both of them out. 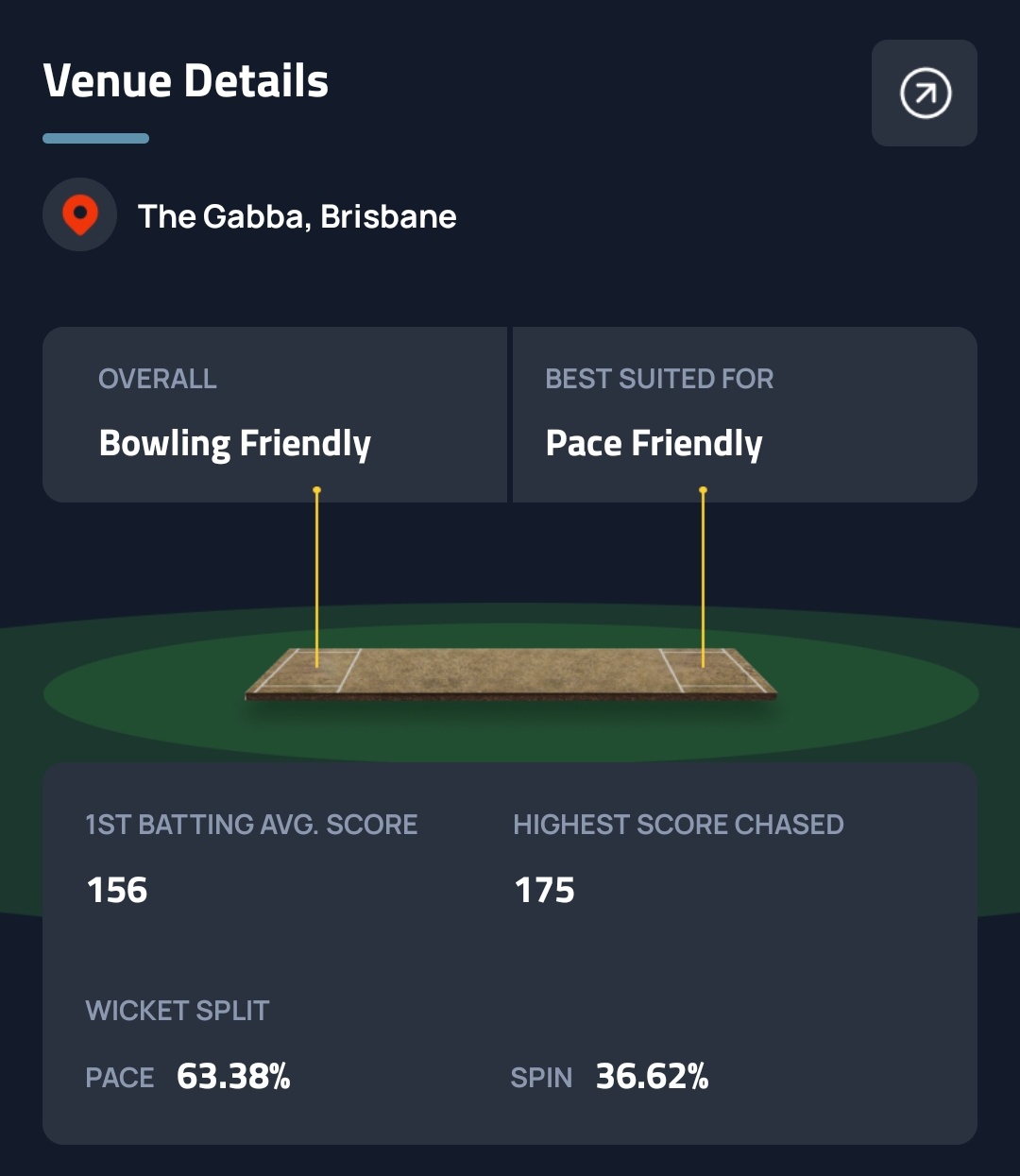 The Gabba has hosted only one game so far in this tournament and it wasn't quite a high-scoring affair. The surface had something to offer for everyone, hence it would be ideal to go with a balanced unit. There will be some bounce on offer for the fast bowlers and you could expect them to take wickets with the new ball. Both teams rely heavily on their spinners but it won't be wrong to go with at least three fast bowlers. 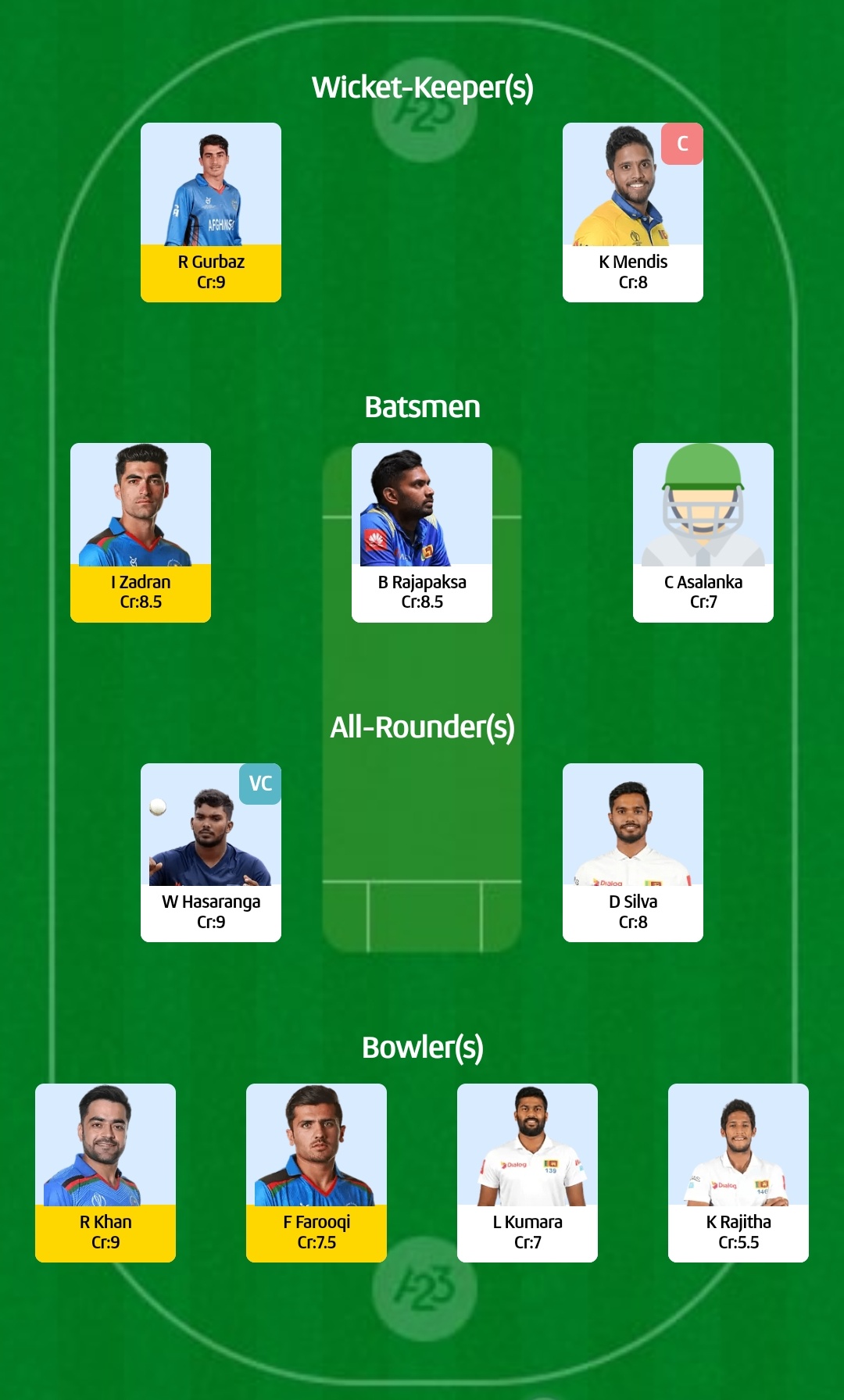 Kusal Mendis getting a consistent run as an opener has been a huge positive for him personally and for the team as well. It’s a position at which he has excelled much more than any other position that he has batted in T20Is. The right-hander is currently the leading run-scorer in the tournament, having scored 180 runs in six innings at an average of 36 and a strike rate of 156.52.

Bhanuka Rajapaksa has had a mixed year in T20Is so far, it has been one of the more fruitful years for him scoring 306 runs in 14 innings which is the most runs for him in a calendar year in T20Is. His impact has been very good for Sri Lanka in T20Is. They have won 6 of their 9 matches when Rajapaksa scored 30+ runs in an innings but have managed to win just 4 of their 11 matches when he has not crossed the single-digit mark in T20Is. Sri Lanka would want him to be more consistent.

Wanindu Hasaranga underwent a stern examination against Australia when he was taken apart by the likes of Glenn Maxwell and Marcus Stoinis. It was his only bowling spell in the last eight T20Is where he finished wicket-less. He has taken three-fers in four out of his last eight matches and has shown immense ability to do significant damage.

Rahmanullah Gurbaz and his lack of good starts is costing Afghanistan. His last five knocks have seen four low scores. His only impactful knock recently came against Sri Lanka (84 0ff 45) in the Asia Cup. 2022 has been a slightly disappointing year for him, with 307 runs in 15 innings at an average of just 20.5. However, the wicketkeeper-batter is a serious talent and could provide those fiery starts in the powerplay.

Ibrahim Zadran has been in good touch and will be the one to look out for in the Afghanistan top-order. Batting at number three, he has played the supporting role to perfection with 30+ scores in all of his last five T20I innings. He has been terrific batting in the middle phase of the game, averaging 70+ and nudging the ball around into the gaps, keeping the runs flowing in this phase. When the need comes to score a bit quickly, he has taken his game that much forward – striking at 154 in the final five overs.

Dhananjaya de Silva has only managed 102 runs in six innings in this World Cup but is someone who is pretty good against spin. If the 31-year-old could contribute more with the bat, he will become a superb option because of his offspin. De Silva has claimed three wickets in 7.1 overs in this event and Afghanistan do have a couple of left-handers in their XI.