Fantasy: Fast bowlers with the edge in rain-threatened Super 12 opener? 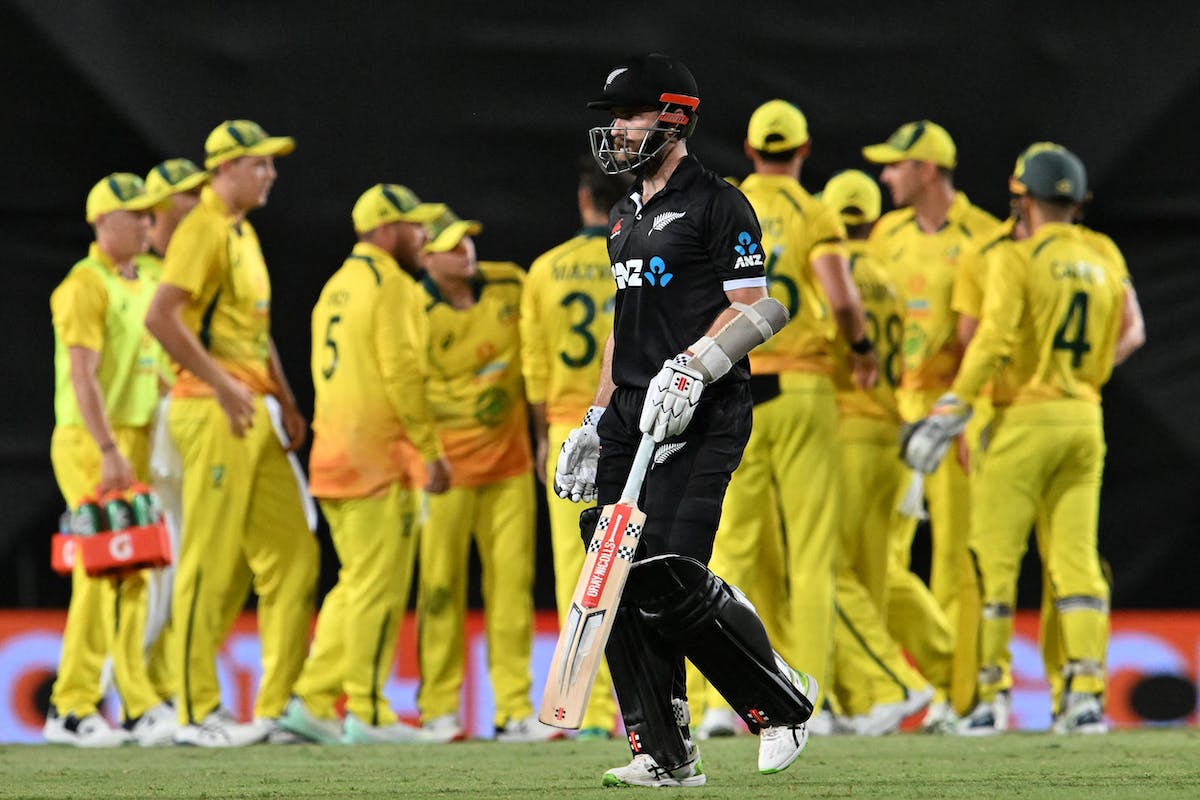 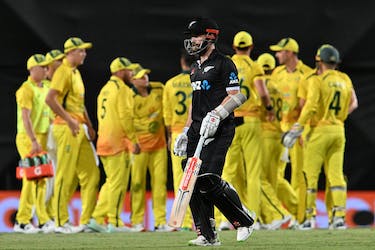 Fantasy: Fast bowlers with the edge in rain-threatened Super 12 opener?

The two finalists from the 2021 T20 World Cup, Australia and New Zealand clash in the first Super 12 fixture of this year at the Sydney Cricket Ground on Saturday (October 22).

The two teams have clashed on 15 occasions with Australia winning 10, while the Blackcaps have won just five. In fact, the last time these two met was in the World Cup final last year, which Australia won by eight wickets.

The SCG is one of the stadiums in Australia that is considered to be spin-friendly. However, in the T20Is, played at the venue this year, the fast bowlers have picked up 66.7% of the wickets, doing so every 20.1 runs and 16.5 deliveries apart.

While the spinners may have had lesser share of the wickets, their 10 scalps in T20Is this year at the SCG has come every 17.7 runs, 14.4 deliveries apart, significantly better than the pacers. 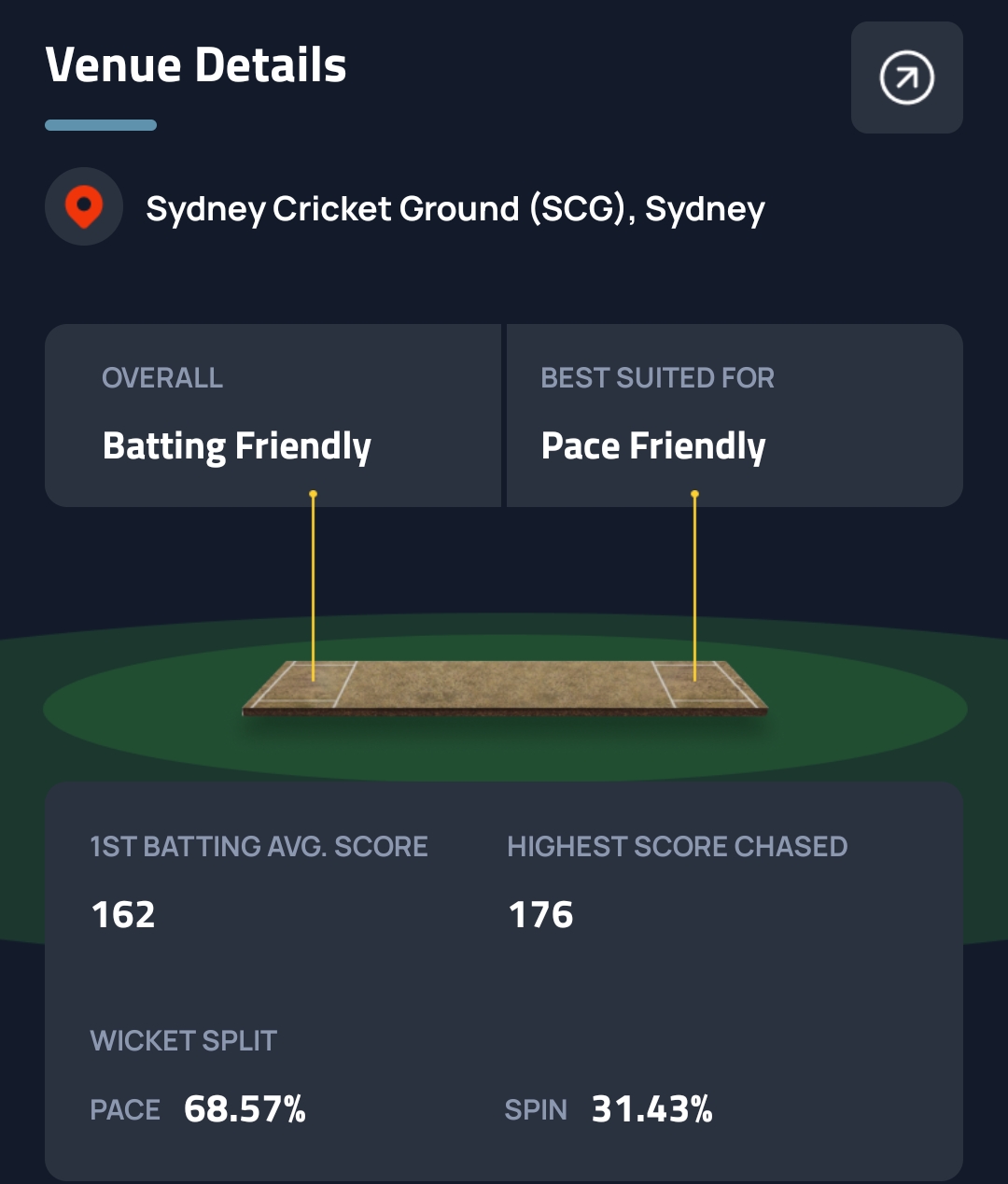 You may pick more pacers in your side but ensure you have a couple of quality spinners as well, that will lend your team some balance. The pitch has been kept under covers for a long time due to rain in Sydney and it could be a stop-start sort of a day. Aaron Finch had said that the pitch is dry and could be another excellent day for the fast bowlers. 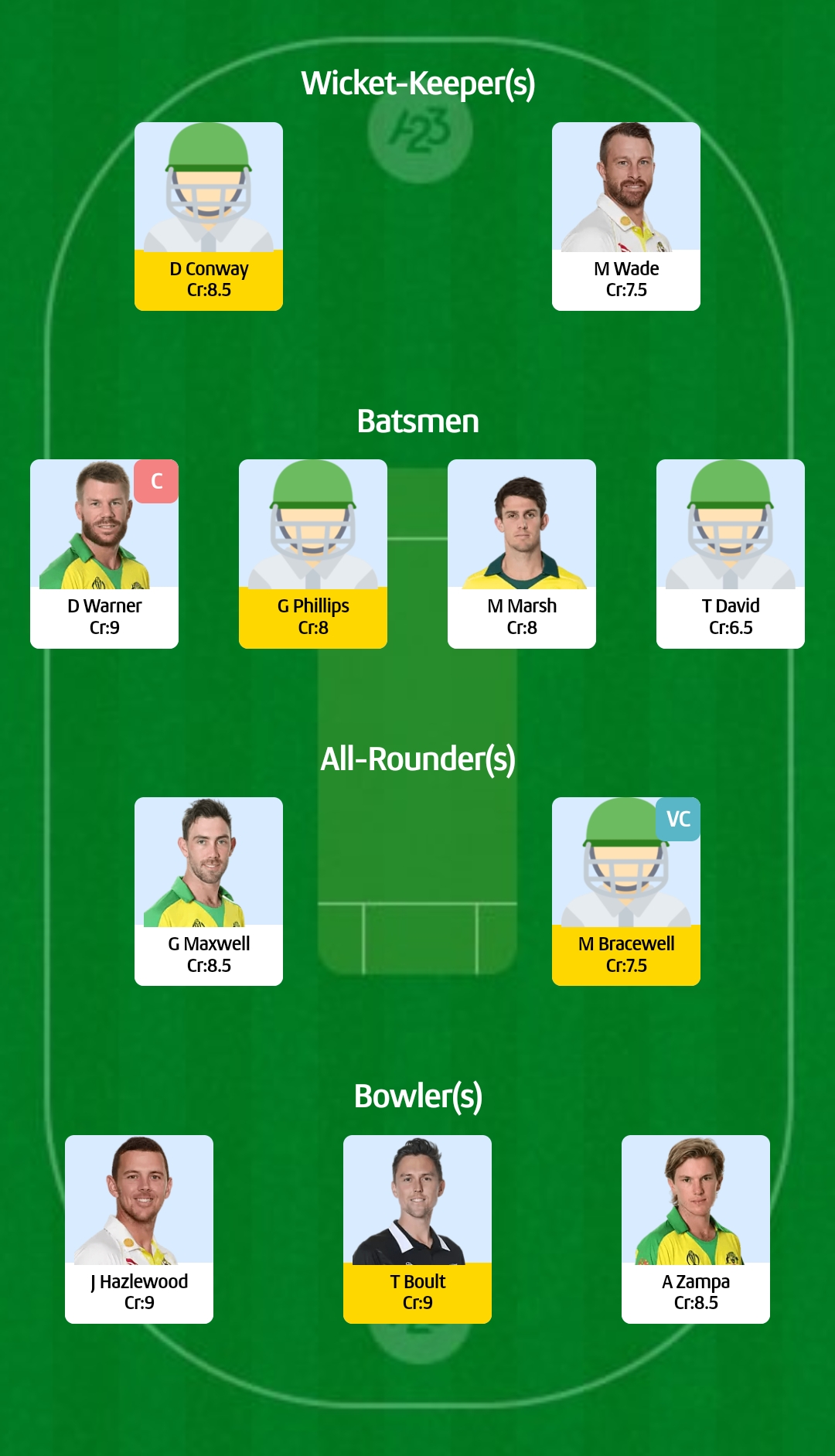 Australia have struck once every 21.5 runs, 15.7 deliveries apart in T20Is this year, which is the best among teams participating in the T20 World Cup 2022, after the Netherlands, whose corresponding numbers are 14.7 and 13.3 respectively.

The player of the series from last year’s T20 World Cup, David Warner will once again be crucial to Australia’s quest to retain the title. He has scored 296 runs at a strike-rate of 156.6 in T20Is this year. Only Aaron Finch with 405 runs has scored more runs for Australia, but the Australia skipper has played 10 innings more than Warner.

What a year Michael Bracewell has had in international cricket. He made his international debut earlier this year and since then, he has gone on to become an integral part of the side. In 13 T20Is, Bracewell has picked up 13 wickets at an economy rate of well under six and with the bat has struck at 183.67 batting down the order. His all-round skills could once again come in handy for his side in the World Cup.

Devon Conway is another dangerous batter for New Zealand at the top. He has hit339 runs from just eight innings this year at 56.5 and also has a couple of fifties to his name. Moreover, he has proved to be a more than capable wicketkeeper and could fetch you some additional bonus points with some dismissals behind the wickets.

Josh Hazlewood is a bowler who has turned it around in the shortest format in the last couple of years. He has picked up 21 wickets this year, the most for Australia, striking once every 16.7 runs, 13.7 deliveries apart. Out of his 21 scalps, nine have come in the powerplay and has conceded at run-a-ball. 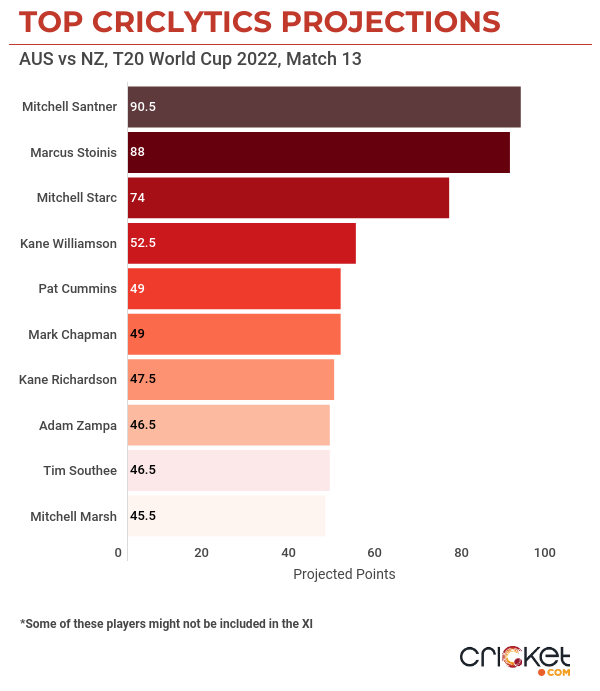