Fantasy : Holder and Campher hold the key to your success 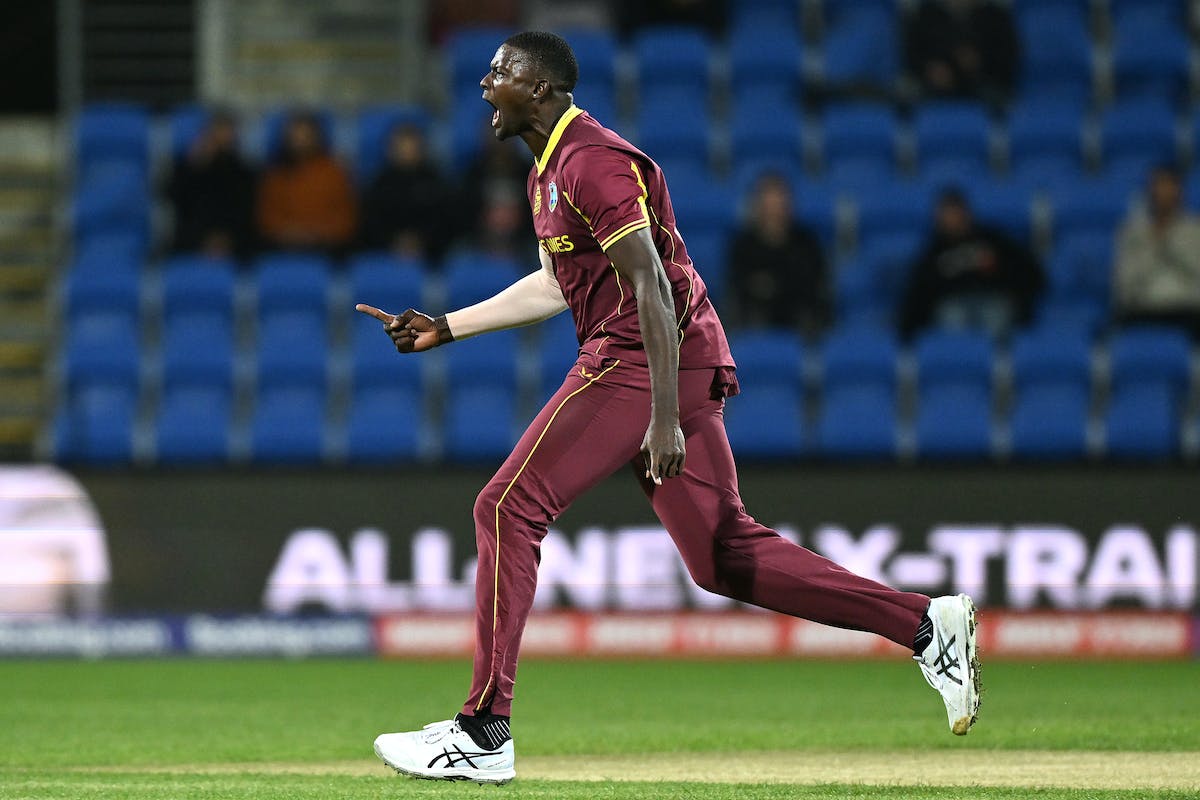 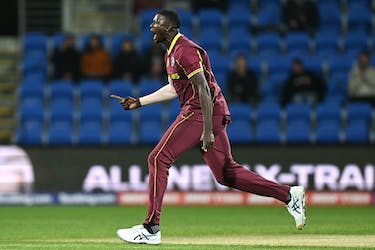 Fantasy : Holder and Campher hold the key to your success

No team have won more T20 World Cups than the West Indies. And no team have had a bigger fall than them either. West Indies are a classic dichotomy of a T20 side that is now struggling to be promoted to the Super12 phase of the competition. On Friday, that pride will be at stake. Two games on Friday - the last day of the Qualifier stage of the competition - have come up as a day of two virtual knockouts unless of course rain plays a spoilsport and the winner would make a direct entry to the next stage.

In the 14 innings played thus far at the Bellerive Oval, the average first innings total batting first is around the 170-run mark, and the average winning total is around 180. Wickets in Australia have been conducive to seamers, and they have scalped 68 out of the 96 wickets to have fallen at this venue, which is almost 70.8 percent compared to 28 wickets and 29.2 by the spinners. On average, fast bowlers pick 4.9 wickets per innings compared to two by the spinners. 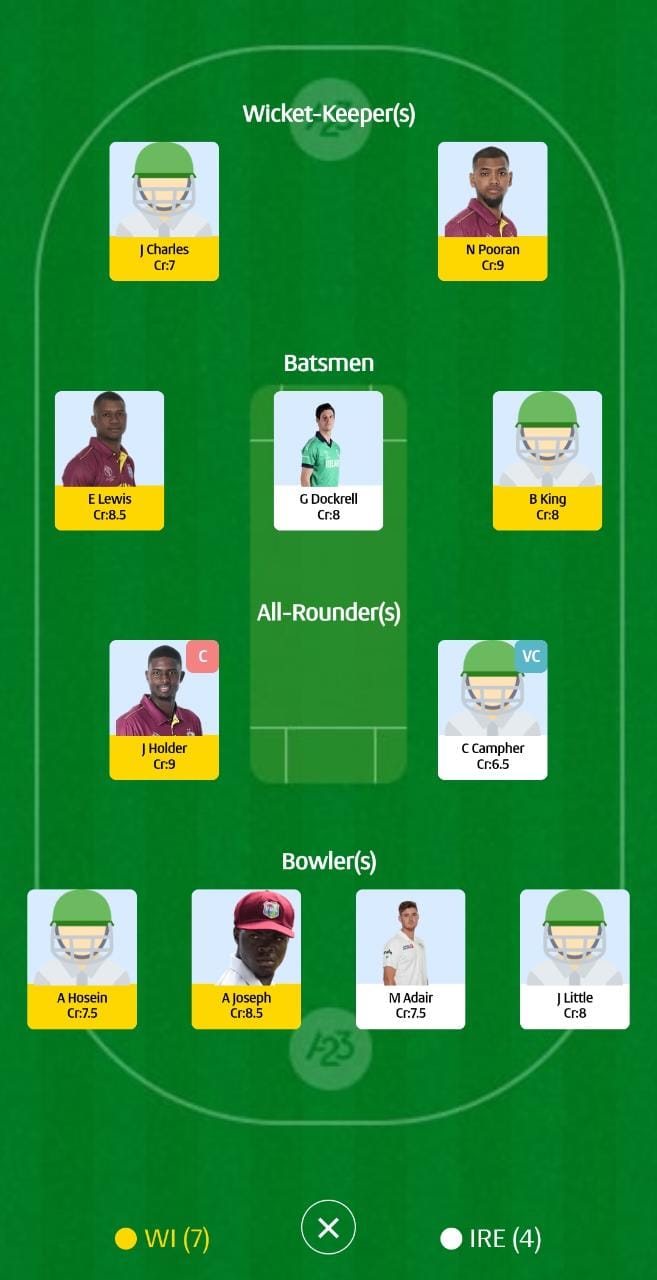 * Even though Nicholas Pooran is going through an apparent slump in form, in the ongoing year, he has accumulated 569 runs at an average of 29.95 and a strike rate of 130.8. He already has five half-centuries in 21 innings, hence count him off at your own peril.

* Ireland chased the target of 177 runs at the Bellerive Oval and hence the pitch is batting-friendly. Day games are more suited to batting here, hence the hitters would be favorable to attack right from the word go.

* When Ireland needed him to raise the bar, Curtis Campher came, saw and conquered. His brutal 72 runs off just 32 deliveries, which was laced with seven fours and two sixes. We all know the kind of impact that Campher can have on any side, hence don’t ignore him. I am damn sure he will earn you some really good points on your fantasy XI.

* In the last two games, Jason Holder has been impeccable with everything he does. Before picking three wickets for just 12 runs in his 3.2 overs, Holder picked up two wickets in the first game and that made sure that Windies are in hunt even after losing their game to Scotland. So Holder is going to be a big piece in the puzzle for sure. 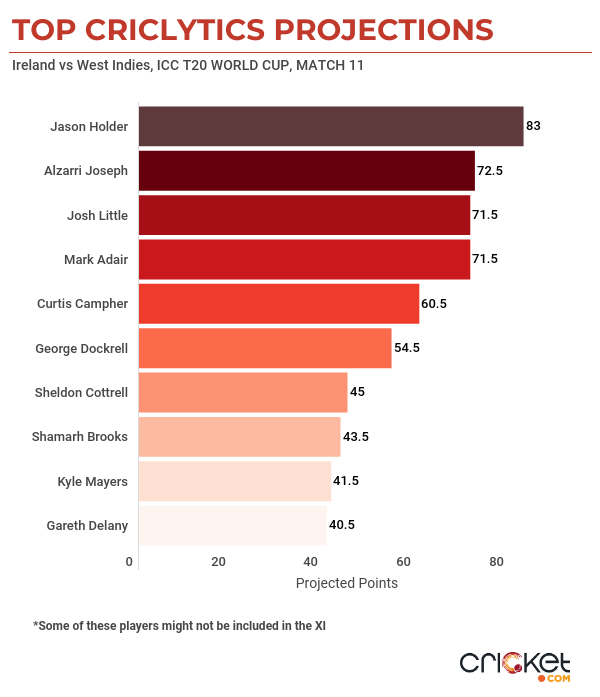