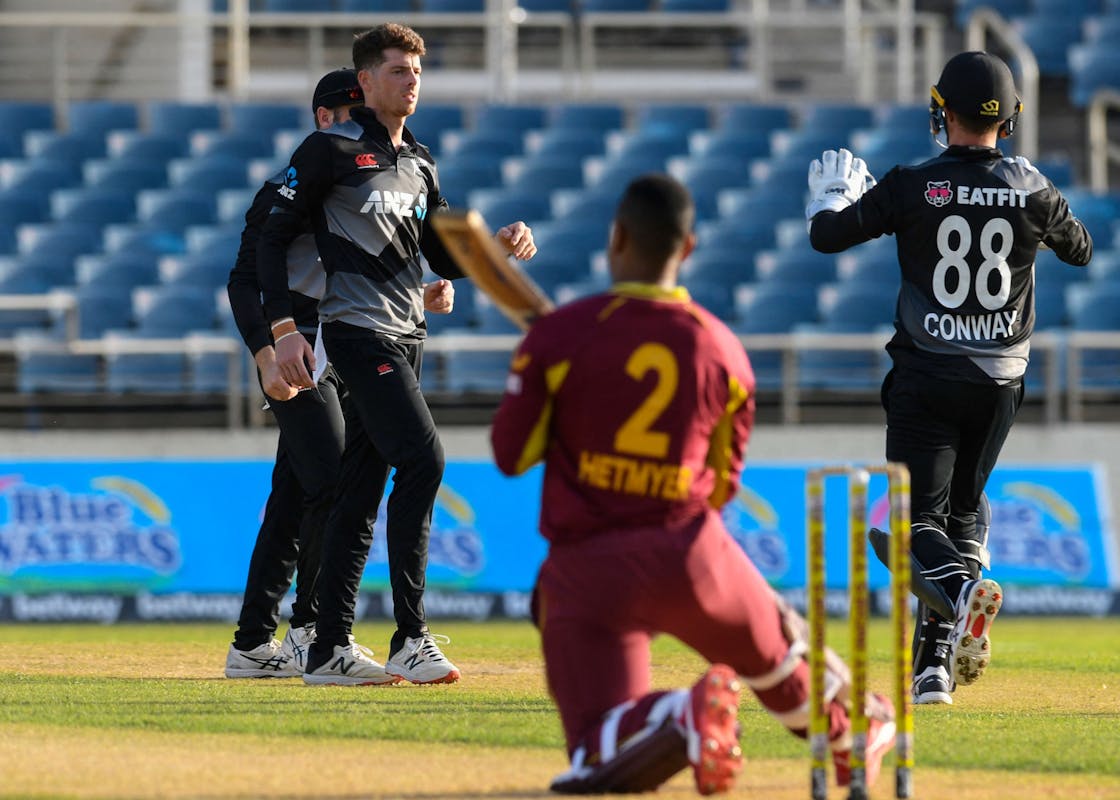 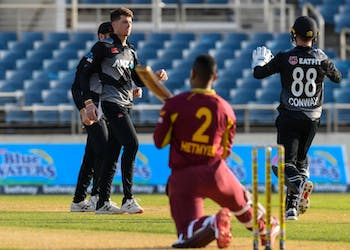 New Zealand have taken an unassailable 2-0 lead in the three-match T20 International (T20I) series and will look to complete a clean sweep against the West Indies in the final game at Sabina Park, Kingston, Jamaica.

While the Blackcaps won the first game by 13 runs they secured an even bigger victory in the following match, clinching the game by a whopping 90-run margin.

New Zealand have won 11 of the 18 encounters against West Indies. We have to go all the way back to 2014 for the last time West Indies last beat New Zealand in T20Is.

It has been quite even between pacers and spinners this series at Sabina Park. The spinners have picked up 44% of the wickets this series and have so at an economy rate of 7.3, striking once every 18.4 runs, 15.3 deliveries apart.

The pacers may have picked up 56% of the wickets, but they have been significantly more expensive (9.2) than the spinners and have struck every 34.2 runs at a strike-rate of 22.3. 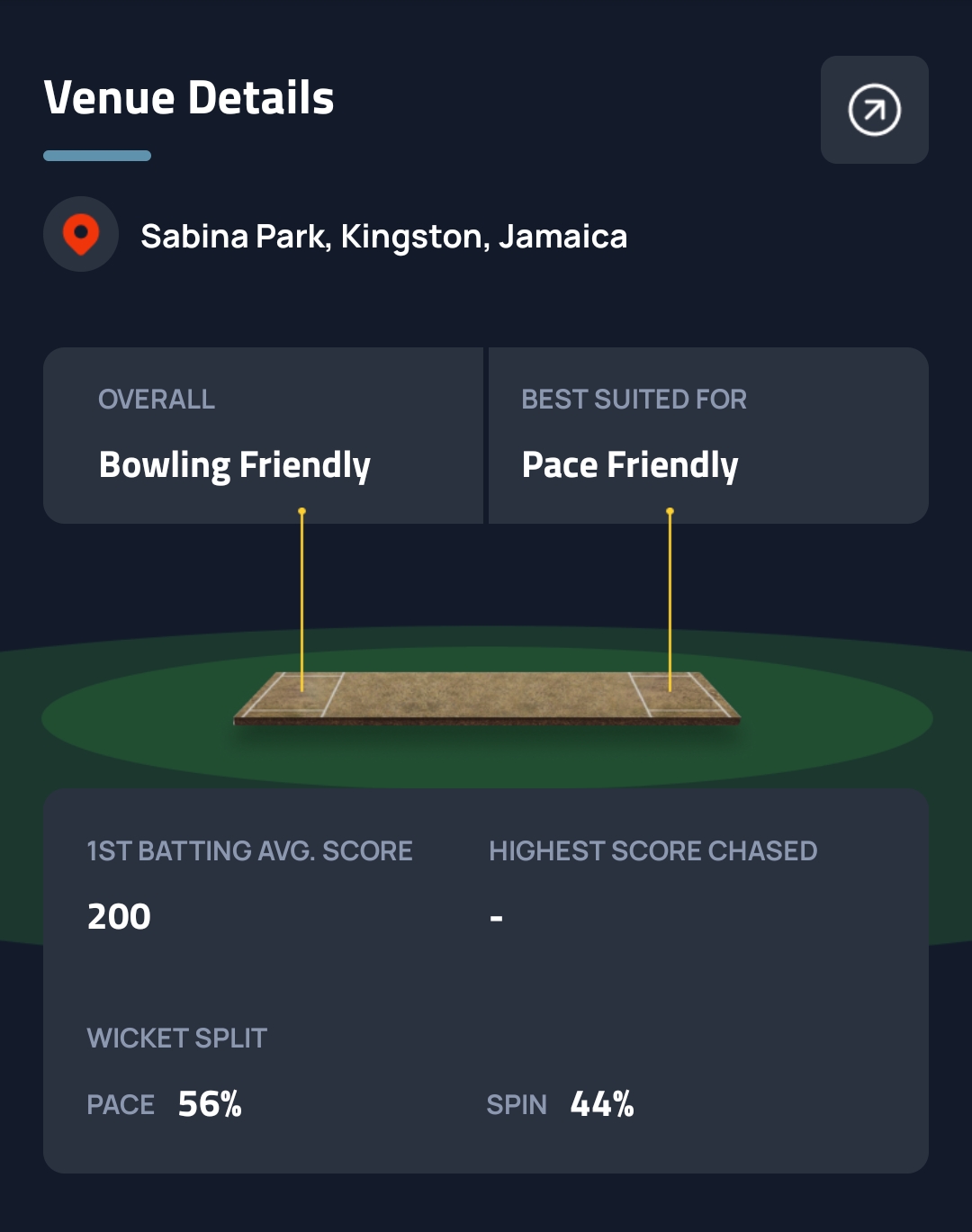 The New Zealand spin trio of Mitchell Santner, Ish Sodhi, and Michael Bracewell have 11 wickets between them and the West Indies spinners have failed to pick up even one scalp so far.

Furthermore, West Indies have Akeal Hosein on the bench, but skipper Nicholas Pooran admitted that it is difficult for them to play both the spinners in the XI. He could make an exception for this dead rubber.

Spin could once again play a part in this match and could perhaps consider captaining one of them. 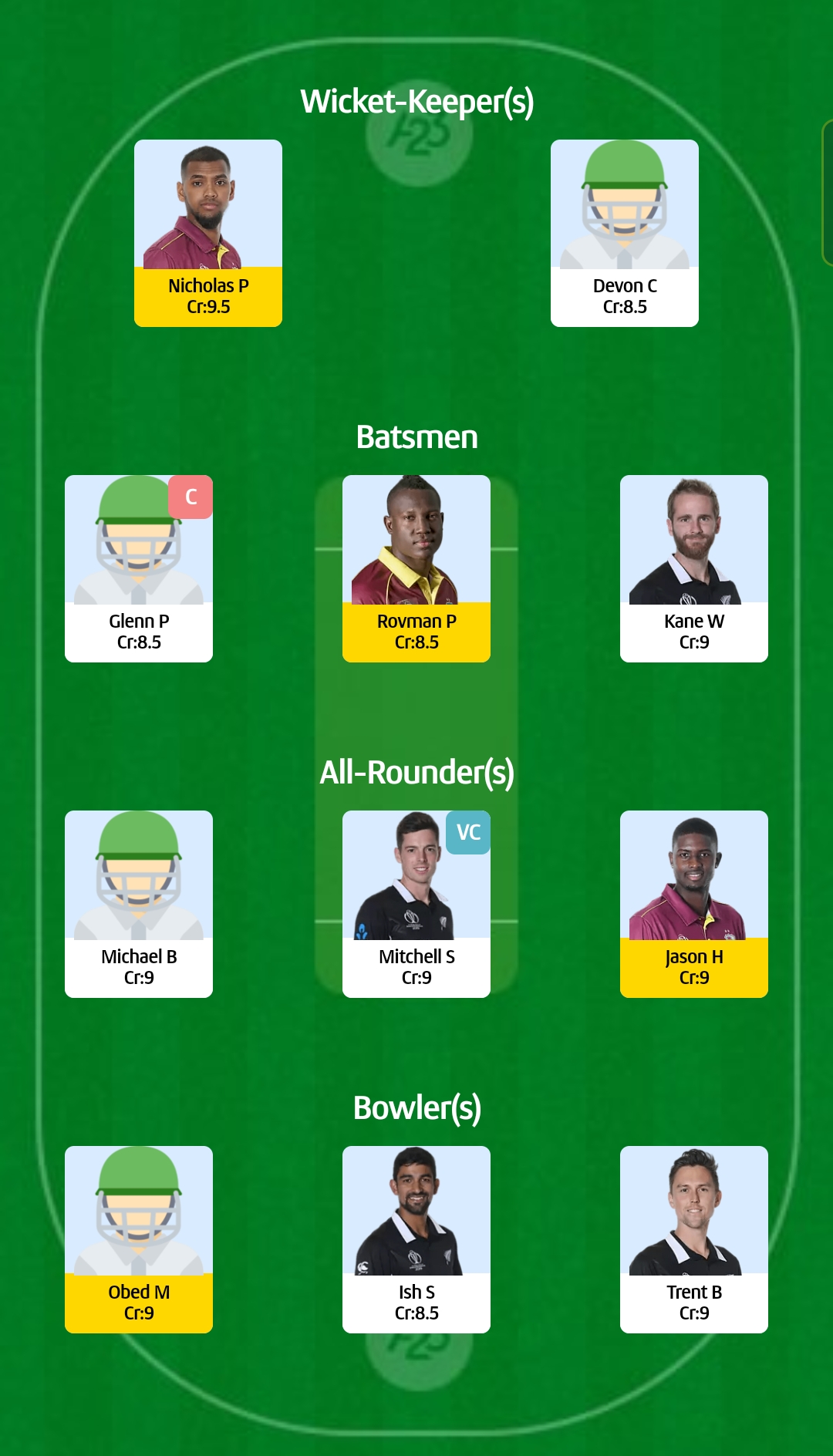 New Zealand not just have the best run-rate in T20Is (9.9) this year, but they also have the best average runs per wicket (38) and balls per wicket (23.1) ratio in 2022 as well. Also, when it comes to balls per boundary, they have hit the fence once every 5 deliveries. India with 4.9 have been the only better team.

On the bowling front, West Indies have been the most expensive team with an economy rate of 8.8 in T20Is this year after England (9.2). New Zealand, on the other hand, have given away runs at 7.5 an over, but they have struck once every 17.7 runs, 14.1 deliveries apart both of which are the best this year.

Glenn Phillips has had a memorable year with the bat so far, having scored three fifties from seven innings, including a match-winning 41-ball 76 in the previous game. His 274 runs in 2022 have come at an average of 55.6 and a strike-rate of 143.3, which makes him a dangerous proposition.

Obed McCoy has had a mixed few games, but there’s little doubt that he holds a massive threat. He is West Indies’ second highest wicket-taker with 16 scalps. He has struck every 20.9 runs, 13.5 deliveries apart.

Michael Bracewell grabbed his opportunities with both hands this year. Having made his debut against Ireland earlier this year, the all-rounder has gone on to score his runs at a strike-rate of over 209, and with the ball he has nine wickets at 7.66 and has struck once every 8.5 deliveries. He is a must have in your side.

Even though Nicholas Pooran has not scored more than 24 in an innings in his last seven T2Is, he still happens to be the highest run-getter in the format this year, with 533 runs at a strike-rate of 135.2. He has also scored five fifties from 17 innings this year. 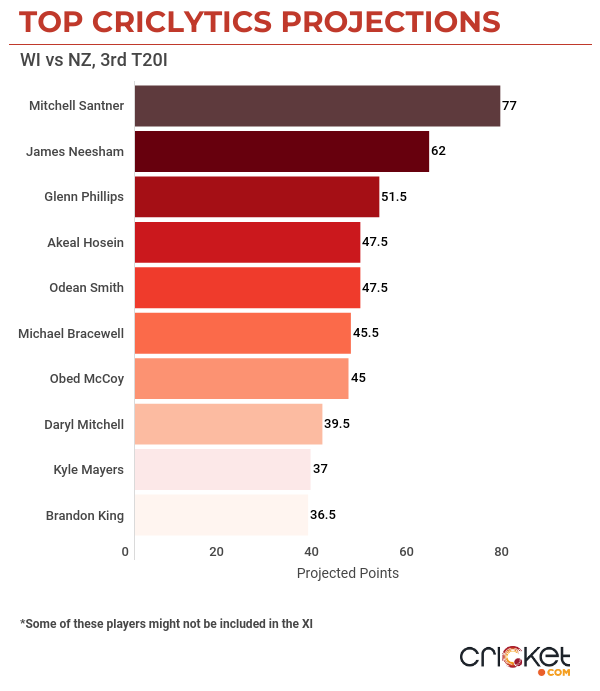