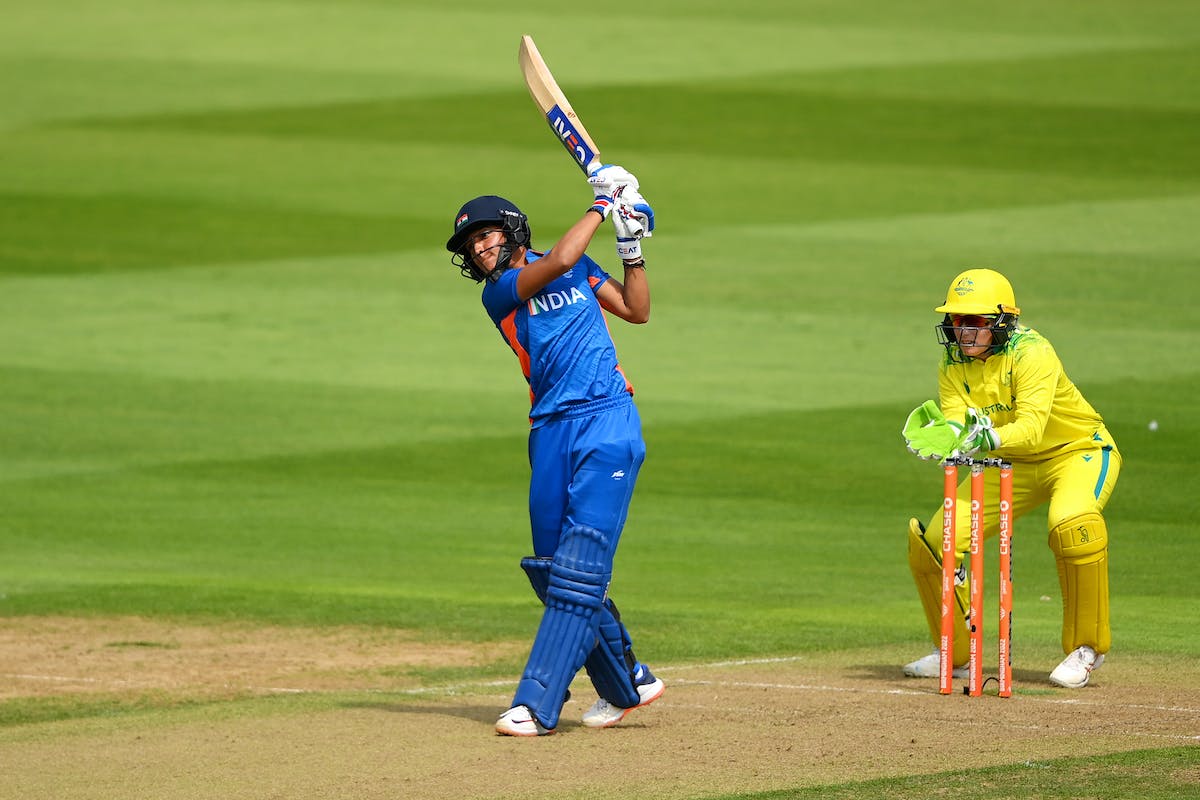 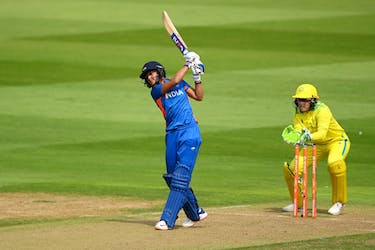 Both India Women and Pakistan Women suffered losses in their opening encounter of the Commonwealth Games to Australia Women and Barbados Women respectively, putting their medal chances in jeopardy. However, the winner of the game will have their feet grounded for a while and it is the decision of that one step which could work in India’s favour - whose performance in the Australia game was much better than what Pakistan did against Barbados.

Only five Women’s T20I matches have been played at Edgbaston so far, and four of them are in the ongoing Commonwealth Games only. 1364 runs have been scored in the five matches with batters averaging 22.7, scoring at a run-rate of 6.9. The balls per dismissal ratio of 19.6 tells you that batting here hasn’t been really difficult but batters could have taken a more pro-active approach.

Pacers have accounted for 66.7% of the total wickets at an economy rate of 7.2. From every account possible, pacers have the wood over the match, and hence, it is prudent to assert more of them in our fantasy XI. 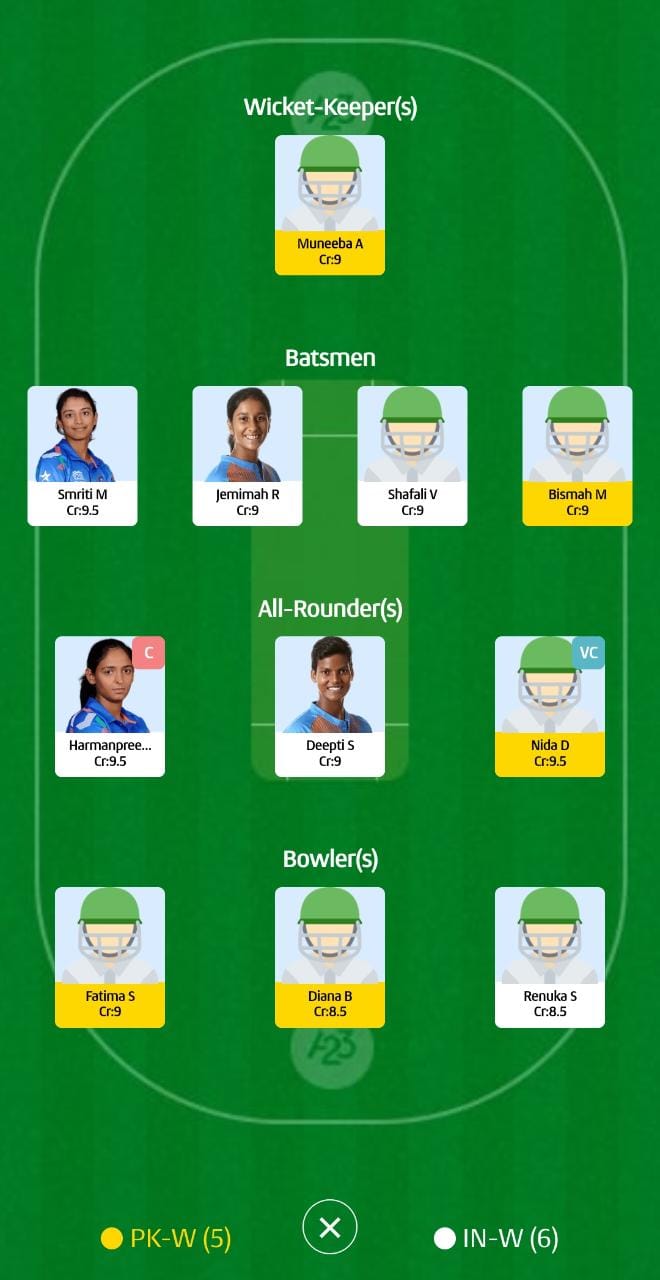 *India and Pakistan women’s teams have played 11 games against each other, with India winning 9 of them. India’s last loss against Pakistan came in the 2016 T20 World Cup in Delhi - a rain-interrupted game that was won by the Pakistani side.

*Since January 2021, Bismah Maroof has scored the most runs for Pakistan women and even though she struggled to get going against Barbados, there is a lot that Pakistani fans, and the fantasy geeks, can expect from her.

*Smriti Mandhana’s highest score in 2022 is a lowly 39 and she averages just 21.5 in the current calendar year. That is not matching the standards that she has set for herself in the past and fantasy geeks would be concerned about that.

*Don’t think much. Just pick Harmanpreet Kaur as your captain. The Big Show material has it in her to bring out the very best version in big games and everyone understood the same in her swash-buckling innings against Australia on Friday.

*Nida Dar and Bismah Maroof are the two best batters in the Pakistan side and they know how to pull things off from a coup. On Friday, Dar stood tall to score a classy half-century without any real support from her teammates. That itself suggests the kind of headstart that she can provide to our fantasy XIs. 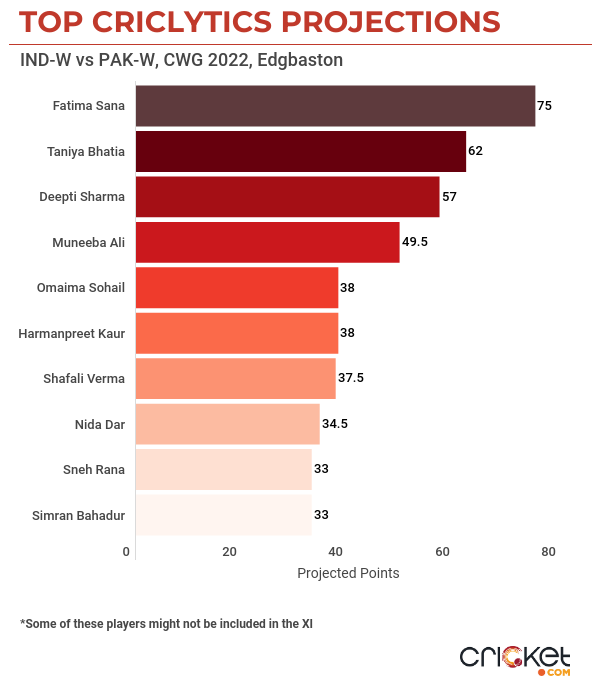