Fantasy: Punt correctly to make the most of Kohli, Rahul's absence 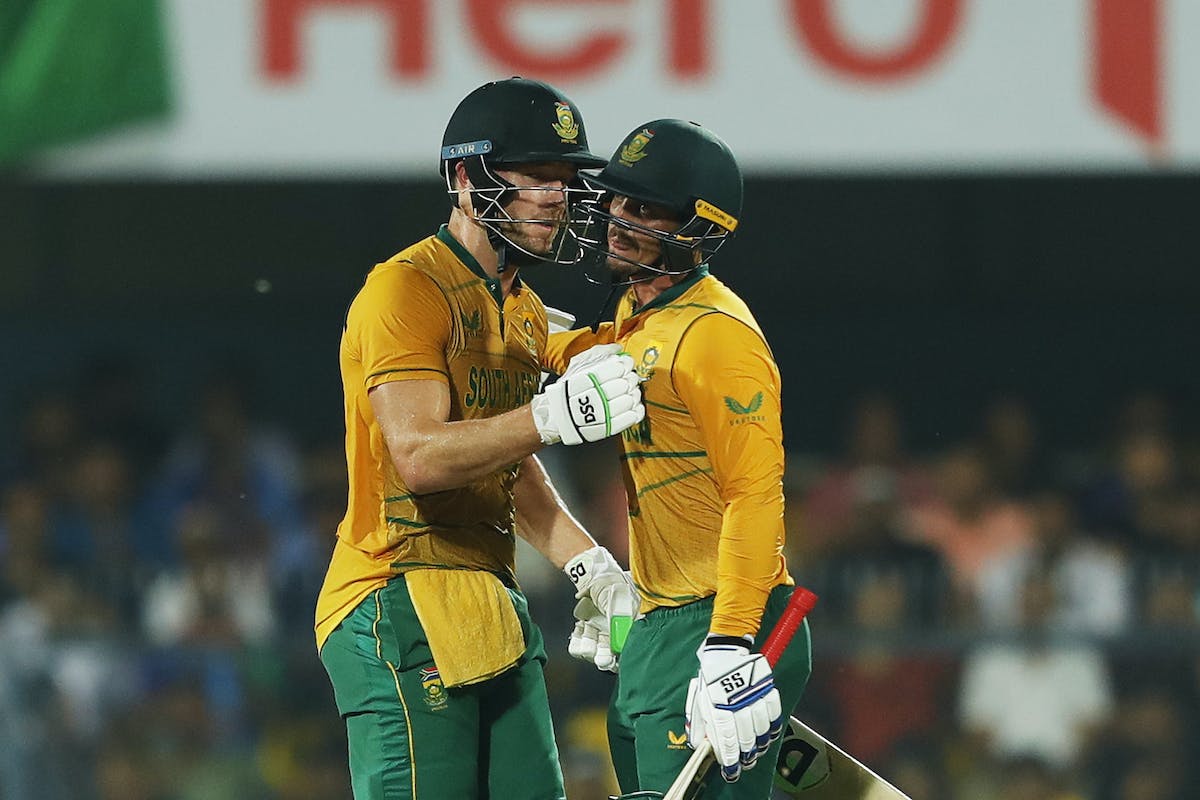 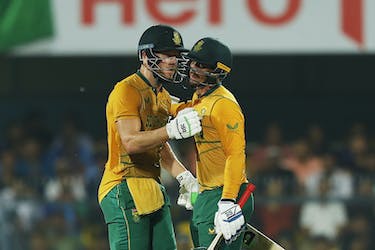 Fantasy: Punt correctly to make the most of Kohli, Rahul's absence

India and South Africa will lock horns in the third T20I in Indore. India have already gained an invincible lead, being 2-0 ahead in the series. It is a dead rubber but the Protea will give their everything to salvage their pride by scoring a consolation win. They have been a tough competitor this year, losing only one of their four T20I bilaterals till now. Hence, despite locking the series, India would not make the mistake of taking the visitors lightly.

Indore is one of the smaller grounds in India. One would think that would make it a high-scoring venue as we have seen in a few IPL seasons. However, over the past few years, the average first innings score at the venue is only 175. That has been enough to win 80 percent of the games for the side batting first.

Pacers have picked a whopping 73 percent of the wickets here which is a big proportion even considering that they bowl in more productive phases. However, both sides have some high-performing spinners who should not be missed out. 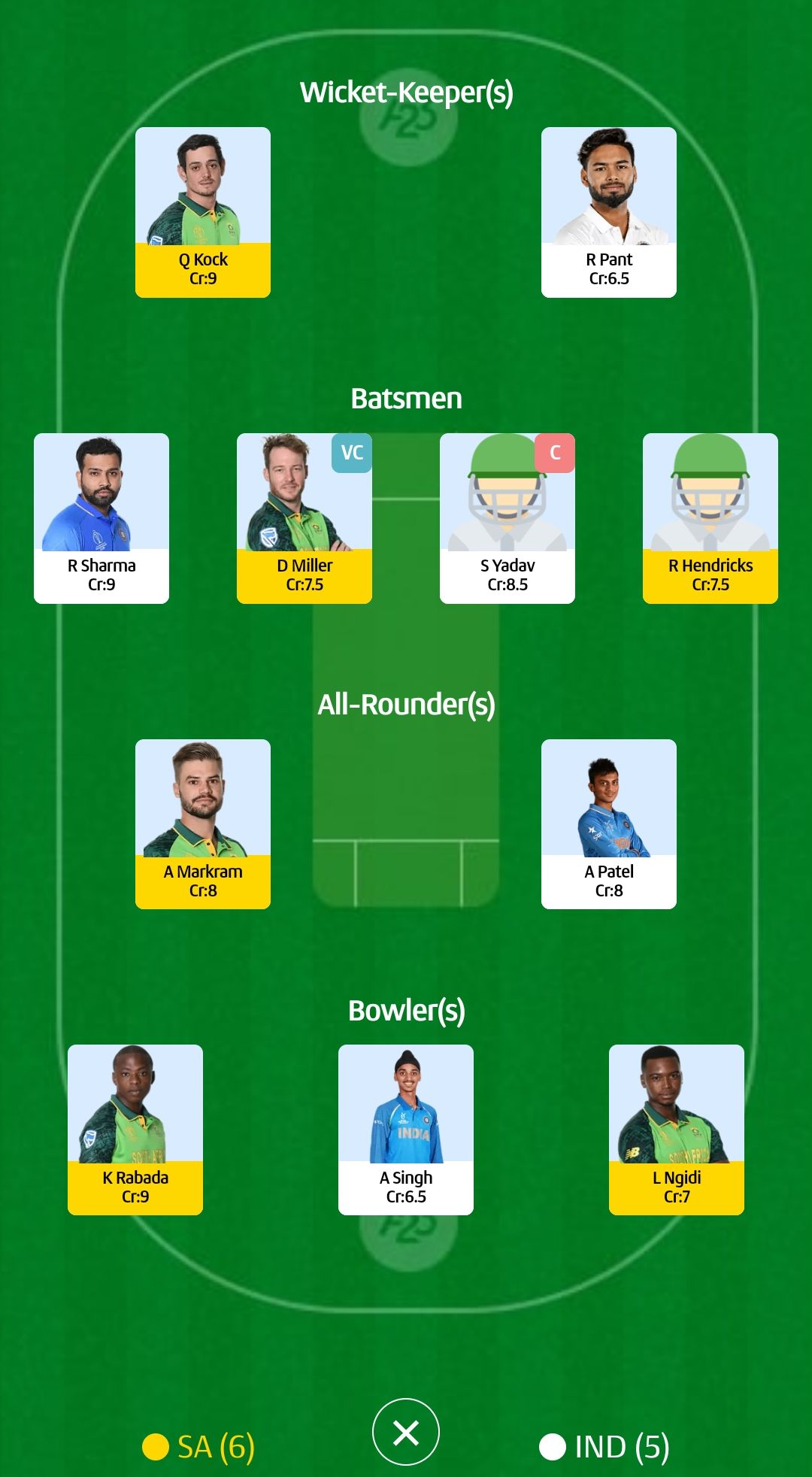 - Virat Kohli and KL Rahul are rested for this match.

- Suryakumar Yadav has the most runs and boundaries in T20Is this year. What is more impressive is his balls-per-boundary ratio of 3.7 - the best among batters from Test playing nations with more than 400 T20I runs this year. On the small ground of Indore, his whacky strokes will be more effective. At the same time, he can bat in the top three as well in the absence of Rahul and Kohli.

- R Ashwin has picked only five wickets in the seven matches since his return in July, 2022.

- Shreyas Iyer averages only 17.3 against South Africa pacers, his lowest against the fast bowlers of any T20I nation.

- Quinton de Kock averages only 17.1 this year in T20Is at a strike-rate of 115.1. However, his batting position still makes him the optimal wicketkeeping option as we saw in the Guwahati T20I.

- Lungi Ngidi is South Africa’s highest wicket-taker with 13 wickets. He also has the best economy among the specialist bowlers - only 7.8 runs per over.

- Rishabh Pant has not batted in this series nor he has a great T20I record this year but in the absence of both Kohli and Rahul, he might be pushed to open the innings.

- The absence of Kohli and Rahul will also open up extra space in your Fantasy XI. This can be used on a player who is yet to leave his mark in the series since both sides will be making changes in this dead rubber. There are many options - Reeza Hendricks, Shahbaz Ahmed, Shreyas Iyer, Dwaine Pretorius or Marco Jansen.

- Reeza Hendricks has scored 296 runs in his last five T20I innings with the help of four half-centuries. His lowest score in this streak has been 42.

- With Rishabh Pant expected to open, Aiden Markram may get a bowl. Axar Patel may also get a batting promotion, elevating Markram’s significance as an all-rounder. He has also been in decent touch with the bat - 192 runs averaging 48.

-Rohit Sharma is the sixth leading run-scorer this year and keeps chipping in with handy cameos and occasional big knocks. 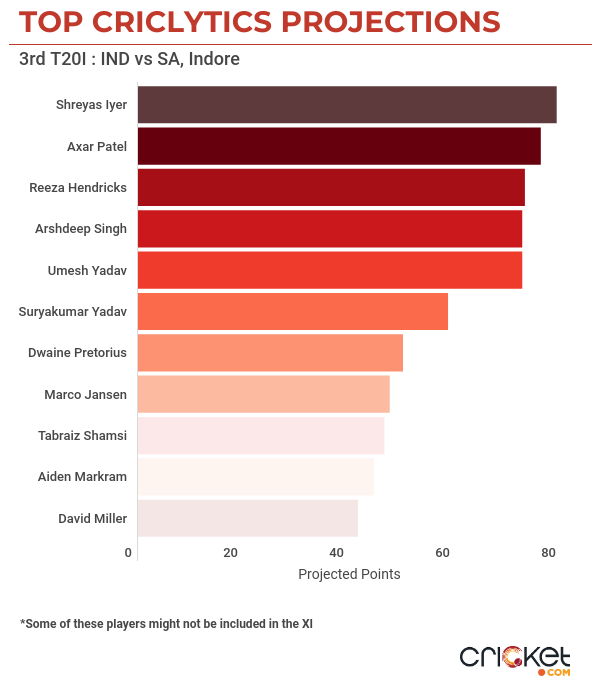