Fantasy: Sikandar Raza to cure all your fantasy blues 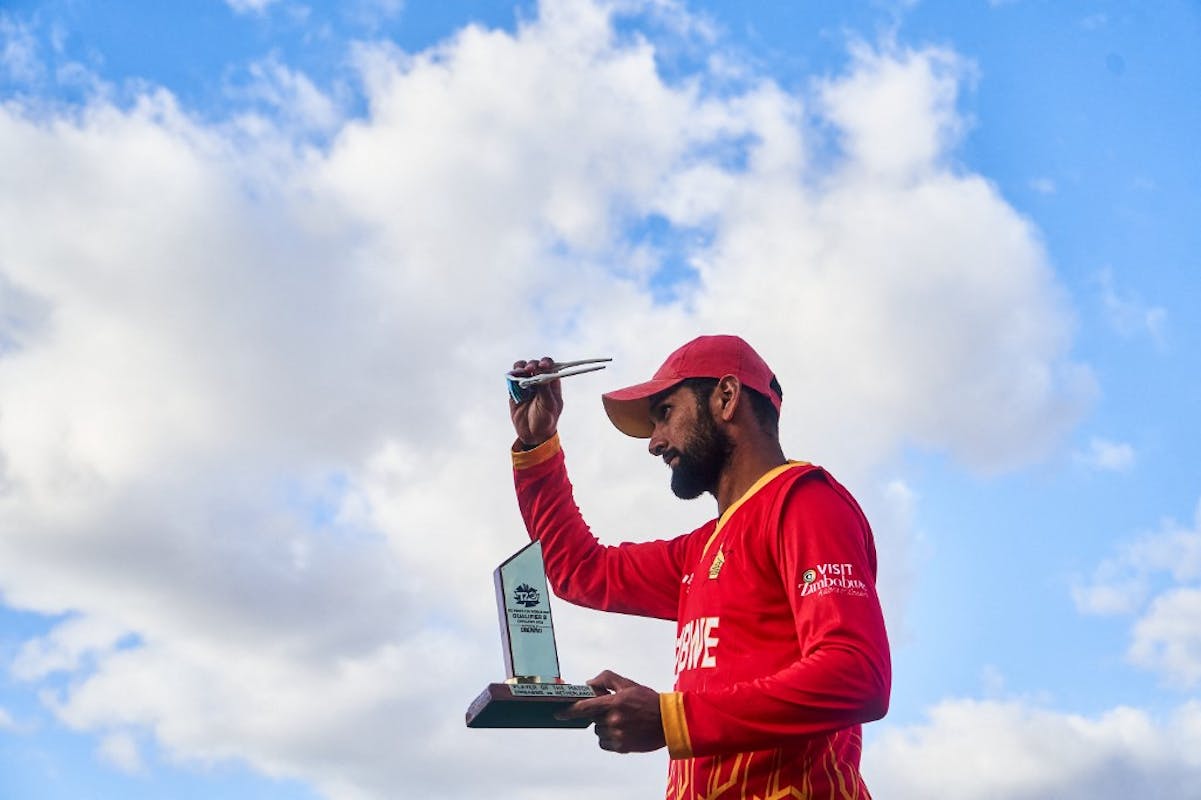 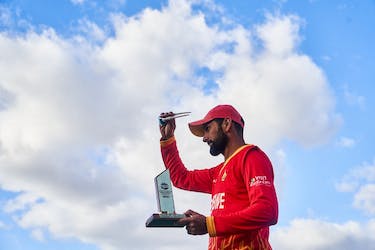 Fantasy: Sikandar Raza to cure all your fantasy blues

In front of a jam-packed crowd at Harare, the hosts Zimbabwe put on an absolute show – both with the bat and the ball. Despite being put on the backfoot early on in the clash, the partnership between Craig Ervine and Wesley Madhevere put the hosts in a comfortable position with the bat.

However, it was an out worldly and outlandish performance from veteran Sikandar Raza, which took the game away from Bangladesh. Raza punished the Bangladeshi bowlers, picking them apart, scoring 65 runs off just 26 balls.

Bangladesh were never in the game during the run-chase after the early jolt but incredible middle-order performances took them close. However, Richard Ngarava broke the visitors’ hearts with an accurate 19th over to seal the win. So, before the second T20I, we help you make the right choices.

Usually, the venue in Harare is home to low scores, with an average of 160 in T20Is since 2021. At the post-match presentation, Sikandar Raza too stated that it was a “good pitch” where a score of 170 would have been a par total. However, in the ongoing three-match series, the first T20I saw a completely different tale in Harare, with a total of 393 runs being scored at the venue.

Definitely, the pacers have an edge over the spinners, with 74 wickets in comparison to 43 wickets. It would be wise if you pick more pacers here more than spinners. Seeing the trend on this wicket, the second T20I might be a tale of different scores. 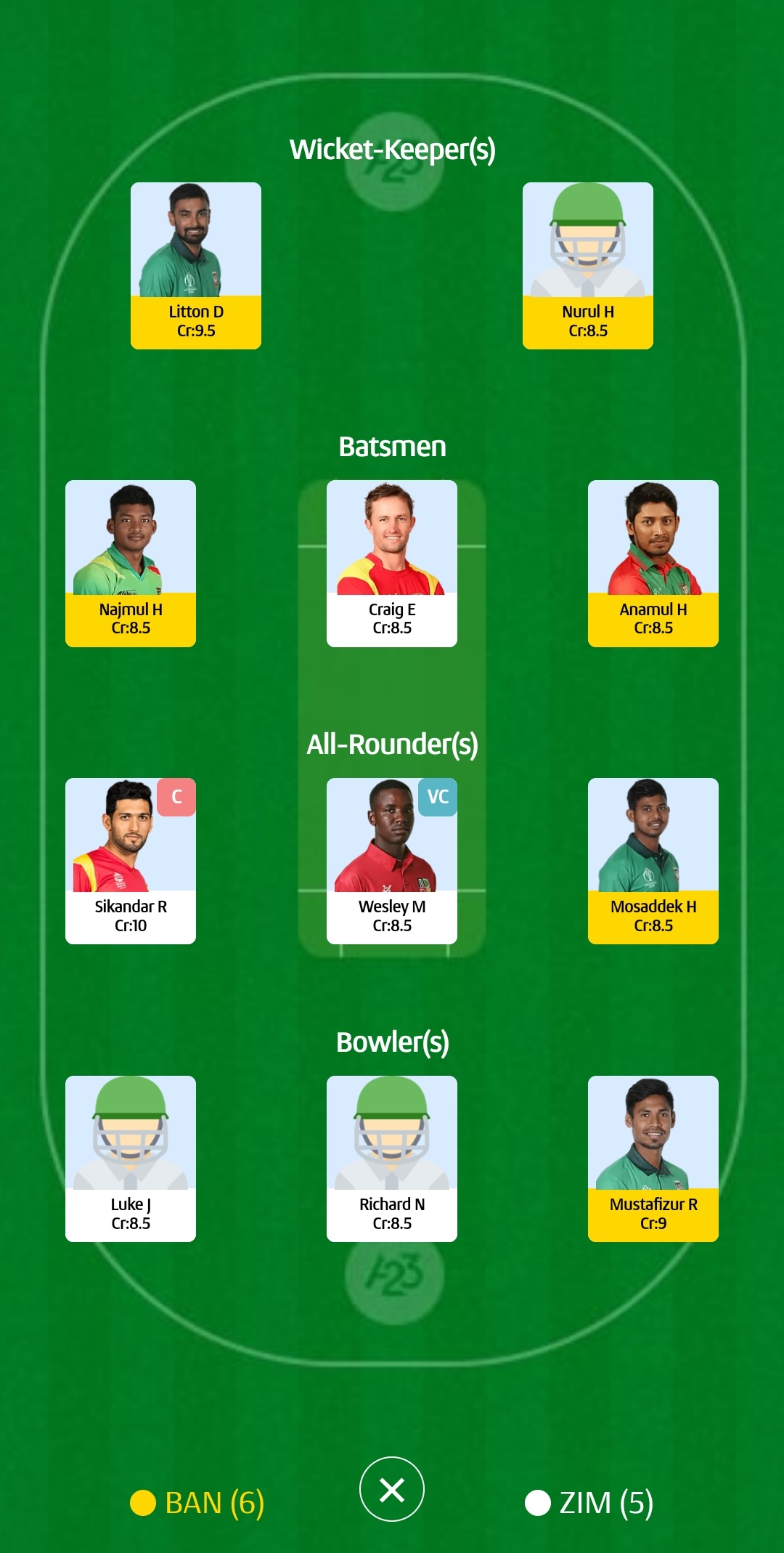 •    Since his debut in 2020, Wesley Madhevere has scored seven half-centuries, scoring nearly 800 runs in T20I cricket, averaging 25.35, establishing himself as the best batter from the country, in the last two years.

•    Bangladesh are without Mohammad Naim, Mahmudullah, making it incredibly hard for Afif Hossain. Hossain is Bangladesh’s third highest run-scorer since 2020, with 546 runs.

•    Luke Jongwe is Zimbabwe’s best bowler in the last two years, with 40 wickets, averaging an outstanding 17.5 in the shortest format.

•    Litton Das is obviously a massive figure in Bangladesh’s white-ball scheme of things. On Saturday, he showed yet another glimpse of that, with a 19-ball 32, in a stroke-filled innings with six boundaries. While his run-out was rather unfortunate, back the opener to come good yet again in the second T20I. 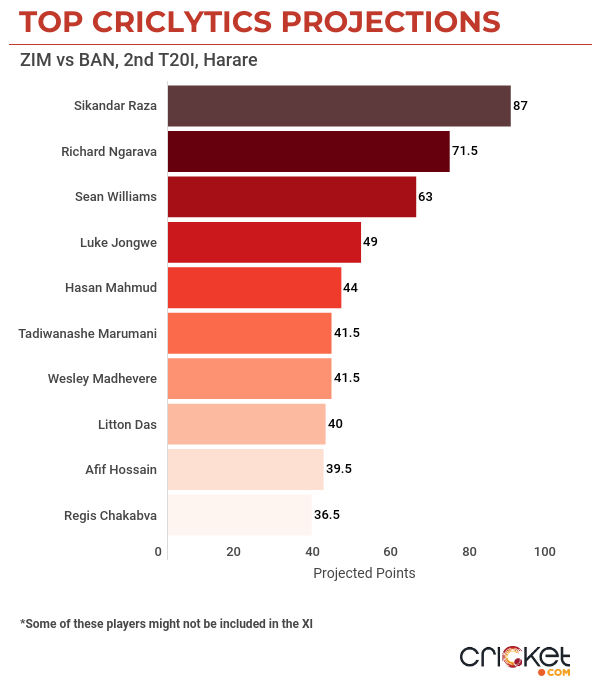