Fantasy: Spin-bowling all-rounders could be your gold mine 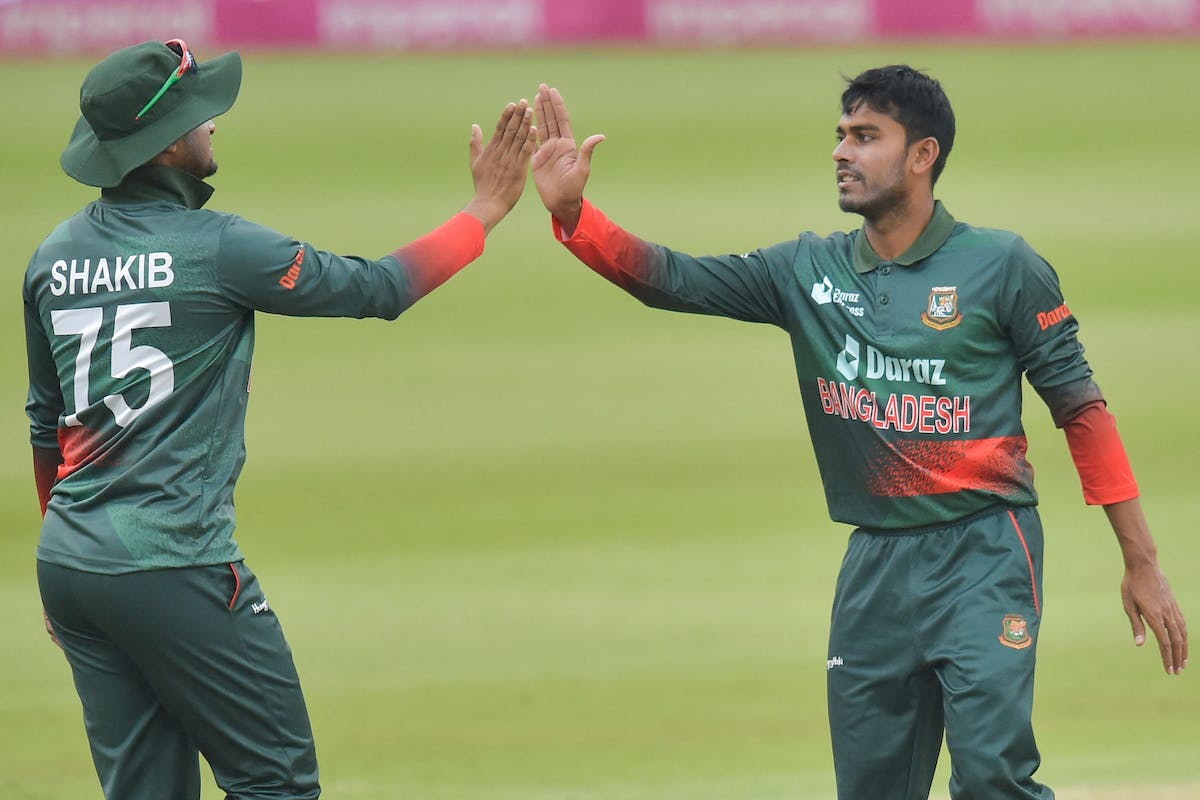 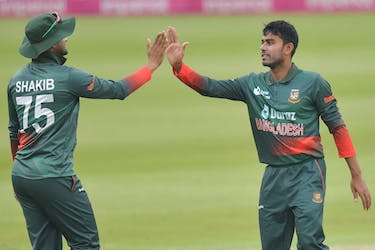 Fantasy: Spin-bowling all-rounders could be your gold mine

India kick-start their first tour of Bangladesh in seven years on Sunday (December 4). The tour starts with a three-match ODI series, the first of which will be played in Dhaka’s Sher-E-Bangla Stadium. It seems long back but Bangladesh lost their previous ODI series, against Zimbabwe a few months back. India are also coming off a series defeat, losing 0-1 in rain-affected series to New Zealand. However, that doesn’t reflect how the series is going to go. Bangladesh are a different beast in home ODIs, having won 10 of their last 12 ODIs at home. The task will be stiff for India who will use this series to find a few answers as they begin their preparations for the 50-over World Cup next year. ‘

In this space, we bring you some helpful tips that may help you create an efficient fantasy XI for the first ODI.

Only three venues have hosted ODI cricket in Bangladesh since 2020. Dhaka’s Shere-E-Bangla Stadium last hosted an ODI in 2021.

It is one of those slow and low tracks in the country. The run-rate and batting average here is the lowest among the three venues in Bangladesh - 4.5 and 24.2 respectively. Among bowlers, spinners have picked 53.3% of the wickets to fall here, comfortably the highest among the other two venues. In fact, it is one of the few venues where spinners have picked the majority of the wickets. Both sides have multiple spin-bowling all-rounders who should not be missed. It could be a low-scoring game where spinners dominate. 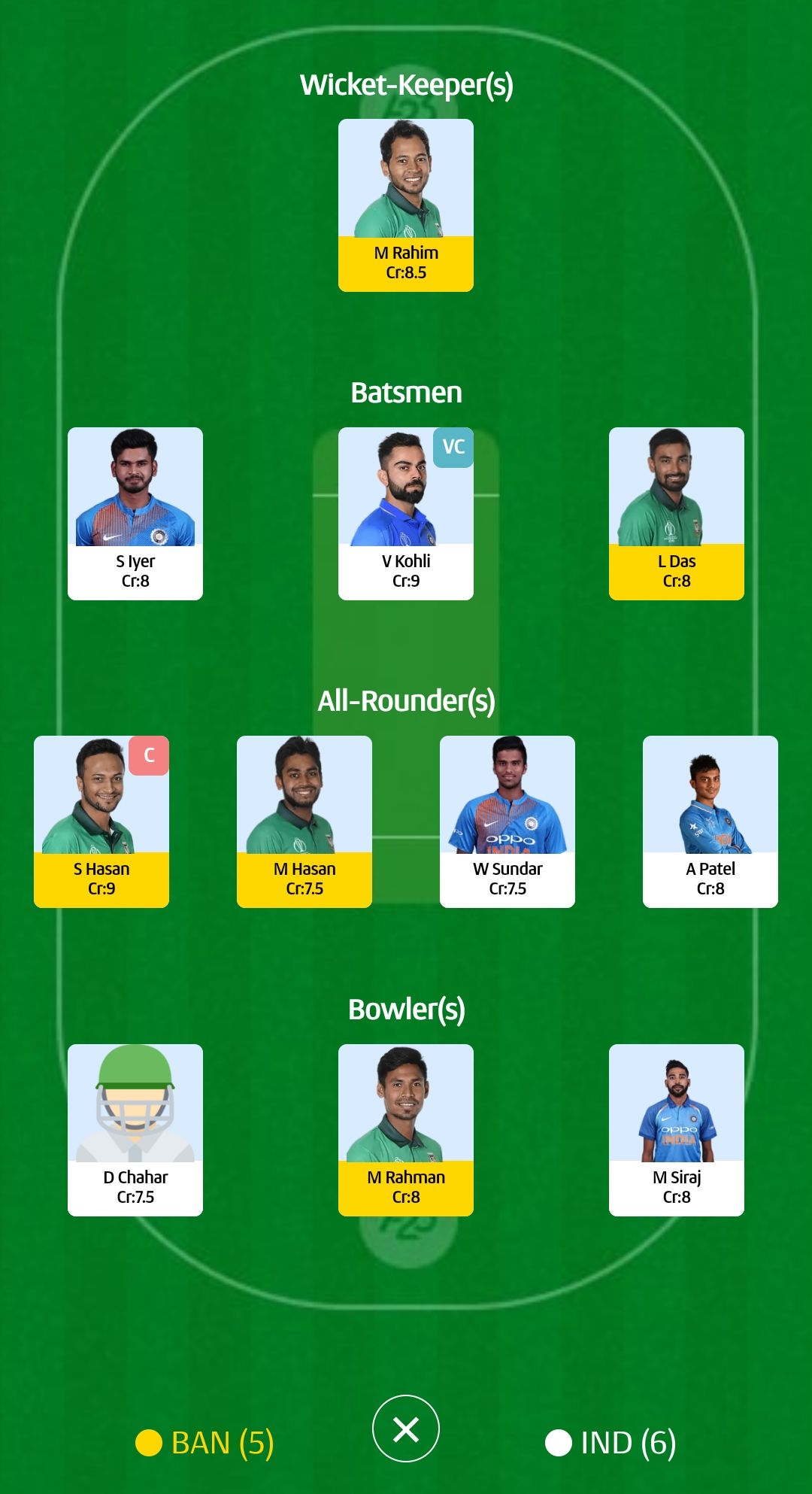 - There are plenty of wicketkeepers available for this match but none more prolific than Mushfiqur Rahim. He has struggled a touch this year but the 35-year old is Bangladesh’s third-highest run-scorer in ODIs since 2021. Also, Rahim knows the venue like the back of his hand, averaging 36.3 in as many as 91 ODIs.

-Mehidy Hasan is Bangladesh’s highest wicket-taker this year. He has picked 20 wickets, 8 more than the next best, Mutsafizur Rahman. At the same time, he averages 47.3 in the seven innings with the bat.

- Taskin Ahmed, Tamim Iqbal and Mohammad Shami are ruled out of this match

- Shreyas Iyer has been one of the most prolific run-scorers against spin bowling. Since the 2019 World Cup, he is the only batter to have a strike-rate of above 100 while facing spin (minimum 400 runs). At the same time, he averages 74 facing the tweakers.

- Mohammed Siraj averages only 24 with the ball in 12 ODIs this year. He has conceded at only 4.5 runs per over. 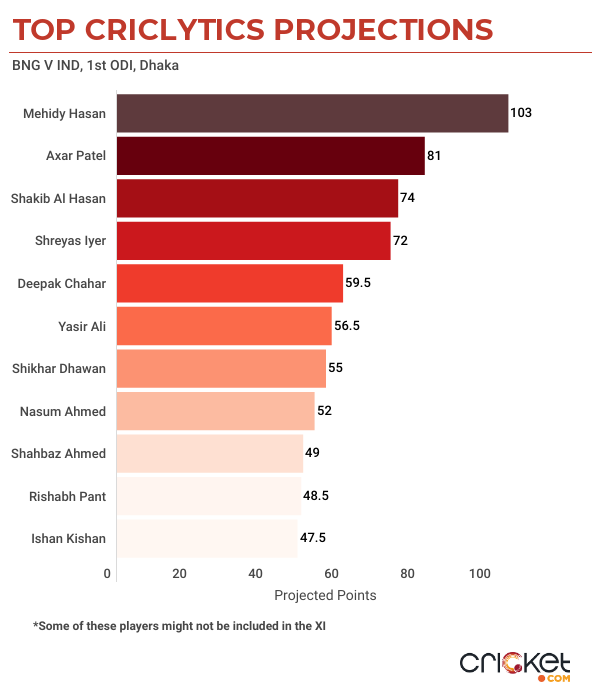