Fantasy: Will spinners play a bigger role in Geelong? 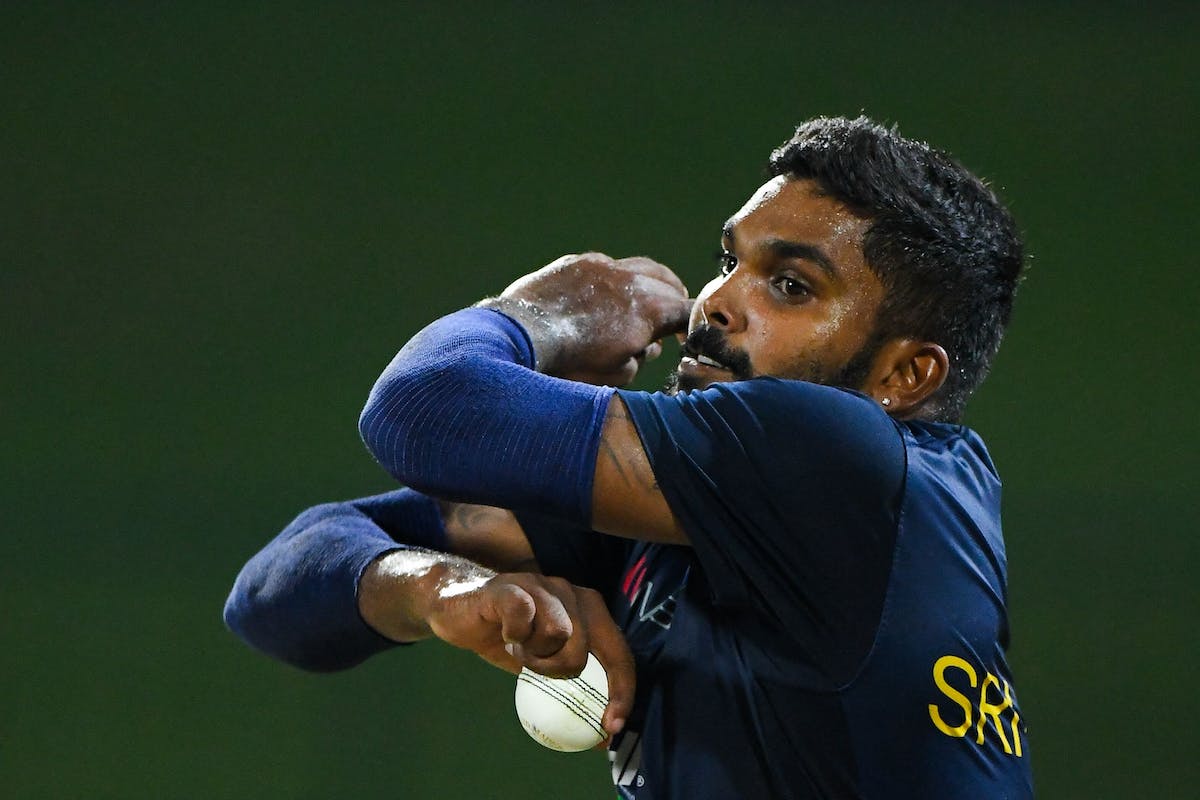 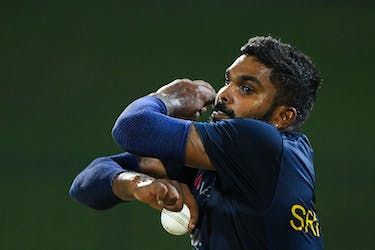 Fantasy: Will spinners play a bigger role in Geelong?

After disappointing starts to the T20 World Cup, Sri Lanka and the United Arab Emirates (UAE) seek a quick turnaround when they take on each other in the sixth match of the tournament at the Kardinia Park in Geelong.

UAE pushed Netherlands deep after putting on just 111 on the board, however, Sri Lanka were handed a 55-run thumping by Namibia in the first game of the tournament.

Sri Lanka and the UAE have clashed just once in T20Is, which was back in the 2016 World T20 in Mirpur. Sri Lanka went on to win the encounter by 14 runs.

In the ongoing T20 World Cup 2022, pacers have picked up 72.4% of the wickets, while 27.6% have fallen to the spinners. UAE in particular boast of plenty of fast bowlers, who nearly pulled off an incredible win over the Netherlands, while Sri Lanka too have plenty in their armoury.

The pacers have conceded runs at 6.4 runs an over, striking once every 16.3 runs and 15.4 deliveries apart. The spinners, on the other hand, have conceded at just 5.5 an over, but have picked up a wicket every 18.8 deliveries and 17.1 runs apart. 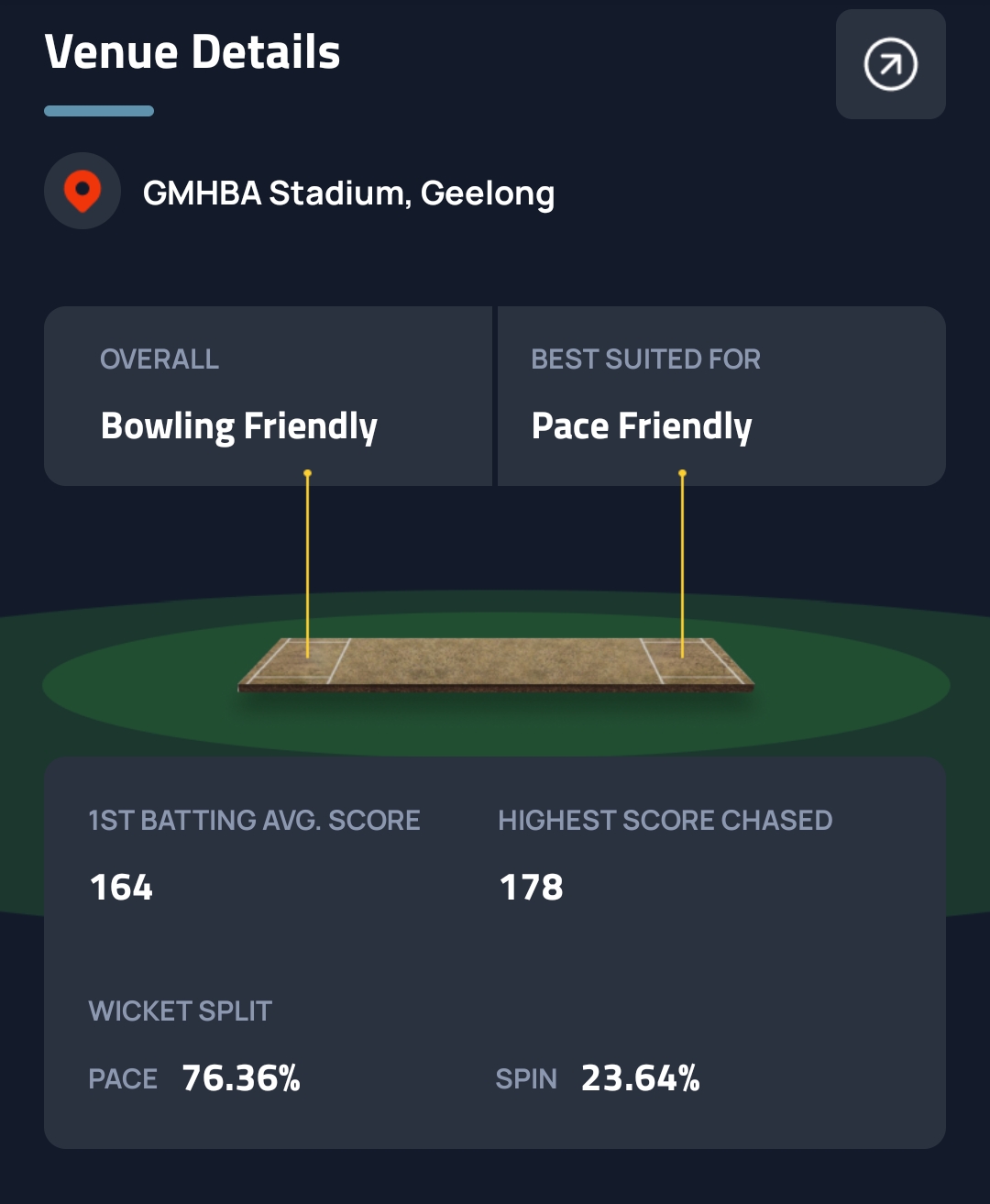 Stock your team with quality fast bowlers but do not forget the value of a couple of spinners as the wear and tear of the wicket could give them plenty of opportunities to pick up a wicket. 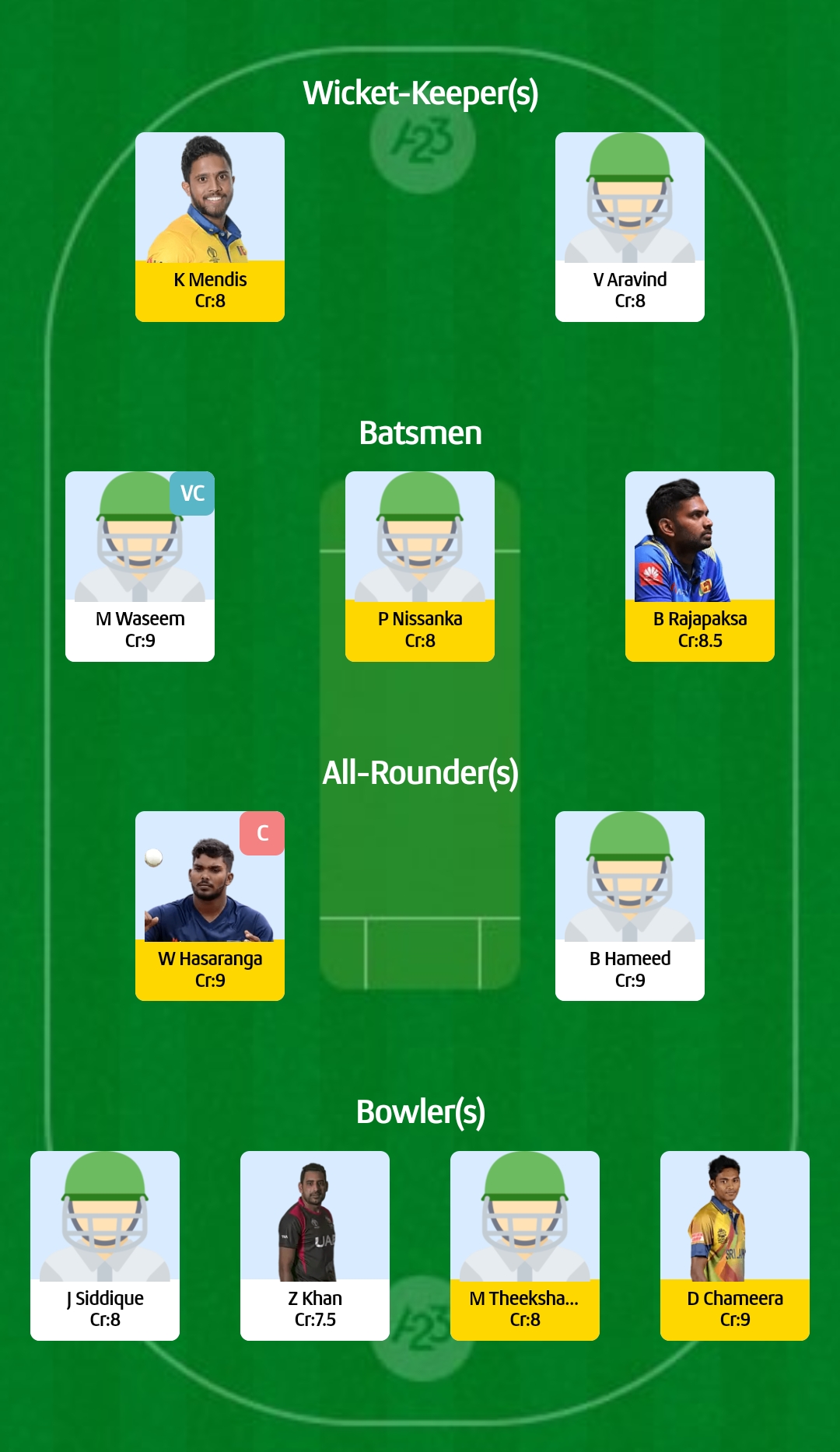 Wanindu Hasaranga could be handy in Geelong, given that the spinners have fared reasonably well there. He has picked up 20 wickets this year so far, striking once every 13.5 deliveries. Hasaranga played a pivotal role with the ball in Sri Lanka’s Asia Cup triumph, picking up nine wickets at an economy rate of 7.39 in the campaign.

Batting-wise, UAE have been significantly better than Sri Lanka this year when it comes to the run-rate, scoring at 8.2, while the Asia Cup winners have scored just 7.5, which is just better than Netherlands (7.3), among teams participating the T20 World Cup 2022. While UAE have lost wickets once every 25.8 runs and 18.9 balls apart, the corresponding numbers for Sri Lanka are 21.1 and 16.9 respectively.

Even bowling-wise, UAE have been significantly better this year, conceding runs at 7.7 an over, compared to Sri Lanka’s 8.4. They have struck every 17.2 deliveries, 22.1 runs apart, while the corresponding numbers for their opponents are 19.8 and 27.7 respectively.

Pathum Nissanka is just one of 10 players to have scored in excess of 500 runs this year. His 500 runs have come at an average of nearly 30 and strike-rate of 114.2. While he could be slow off the blocks, he can really get going once he gets his eye in.

UAE fast bowler Junaid Siddique followed his five-wicket haul against West Indies in the warm-up game with a magnificent spell of 3 for 24 against Netherlands in the first game but could not help his side cross the line. Siddique  has managed 16 wickets from 13 T20Is so far this year and he is someone who is comfortable bowling across all three phases. He will once again be a threat against Sri Lanka. 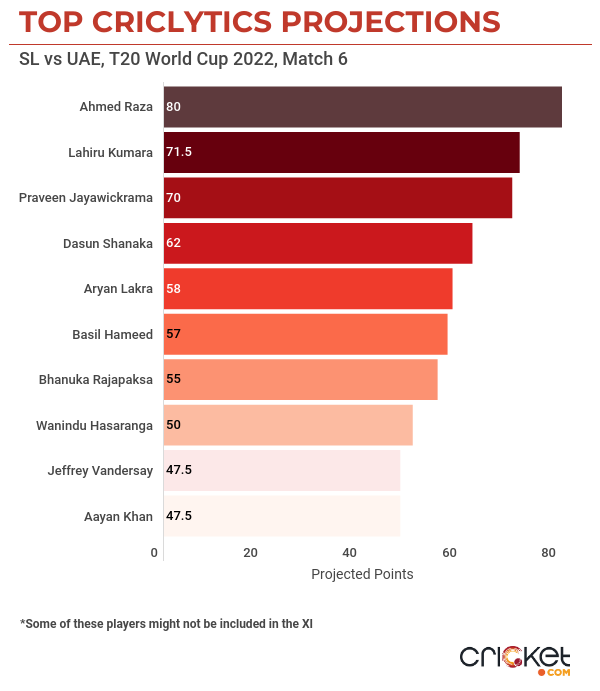