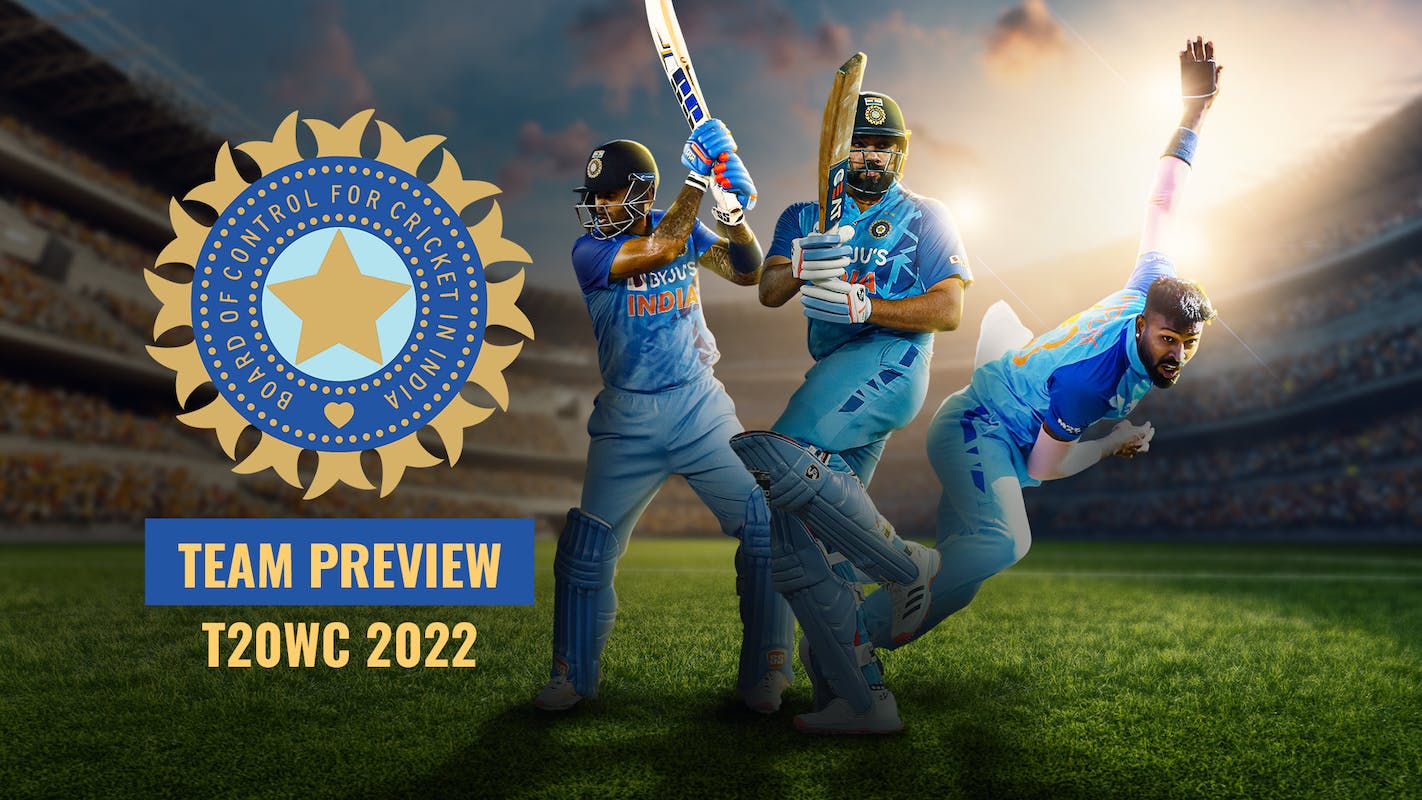 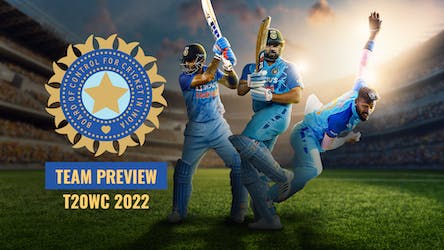 Like always, India will rely heavily on their batting with evident chinks in their bowling line-up

Probably no other side has hustled towards building a team for the 2022 T20 World Cup as much as India. Since the previous edition of the T20 World Cup last year, India featured in 35 T20Is, 10 more than any other side participating in this mega-event. They worked meticulously towards creating multiple options for every spot, acquiring skill sets that were absent in their squad earlier and also changed their batting approach.

The plan seemed to be on track for a long time. However, things took a wrong turn, starting with the Asia Cup. The death bowling numbers started going south, the returns from Yuzvendra Chahal went for a toss and in more telling blows, they lost Ravindra Jadeja and Jasprit Bumrah due to injuries.

But not all is lost for the Men in Blue. They will still start the tournament as one of the firm favorites - a side that their opposition will be wary of.

Yet again, India will rely heavily on their batting heading into a multi-team tournament. Rohit Sharma and Virat Kohli are two of the most experienced batters at the international level in T20 cricket.

Rohit has taken the onus to change India’s batting approach, shifting the focus to prioritizing the strike-rate over batting average. In 2022, India have the best powerplay run-rate among Test playing nations - 8.6. Rohit has contributed to that with a strike-rate of 144.4 - highest among all opening contenders for India this year. Kohli’s return to form and a cautious effort to up his strike-rate against spin is another big tick.

Yet, the MVPs of this Indian side will be Suryakumar Yadav and Hardik Pandya. Suryakumar is one of the only two batters to score over 800 T20I runs in 2022. It is fair to question that he has played more matches than anyone but where the right-hander becomes a real blessing for India is his boundary hitting. 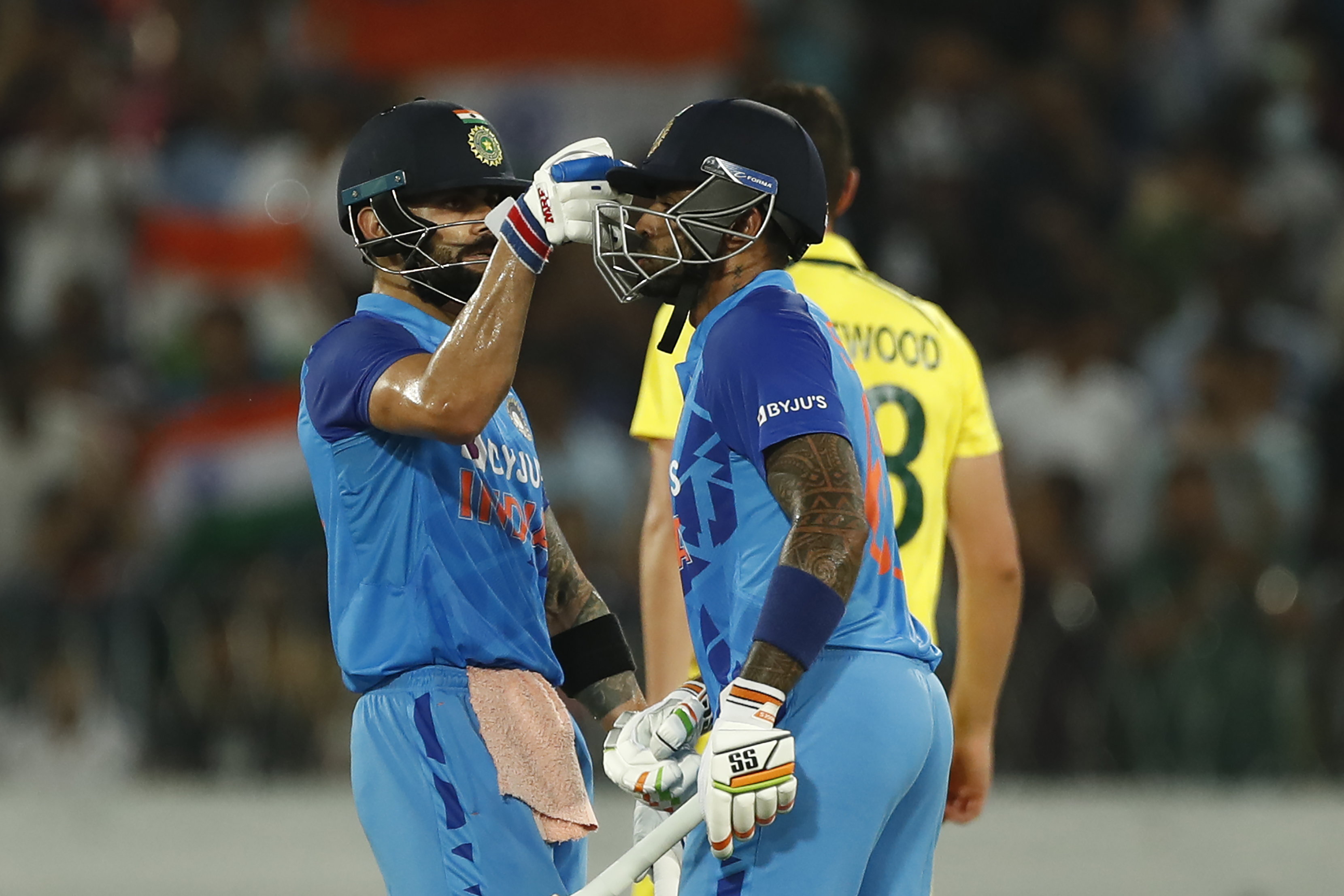 Surya has scored at a balls-per-boundary ratio of 3.7, the best from the 39 batters who have scored over 250 T20I runs this year for a Test playing nation. The fact that he has scored boundaries at that rate while facing most of deliveries during the middle-overs (63.4%) speaks about his importance in this side. Surya will be tasked to keep the run-rate going during the middle-overs.

Then there is Hardik, who provides India with an impeccable sixth bowling option alongside superb batting numbers - average 36.3, strike-rate 151.4.

A move that can work: Although India have a batting powerhouse, they lack a left-hander on their batting card - courtesy of Jadeja’s injury and Rishabh Pant still figuring out his game. To escape the monotony of right-handers, India can promote Axar Patel to number five. The left-hander has improved leaps and bounds as a batter. He averages 26.6 at a strike-rate of 149.4 in 19 T20 innings this year. Against left-arm spin, these numbers are 29.5 and 190.3 in 10 innings. It is clear that Axar can help India counter match-ups.

The Asia Cup opened a can of worms. In Bumrah, they have lost the X-factor. That leaves India wanting for a lot more in the death overs. Harshal Patel and Bhuvneshwar Kumar were supposed to fill in but both have leaked runs like an unclosed tap. 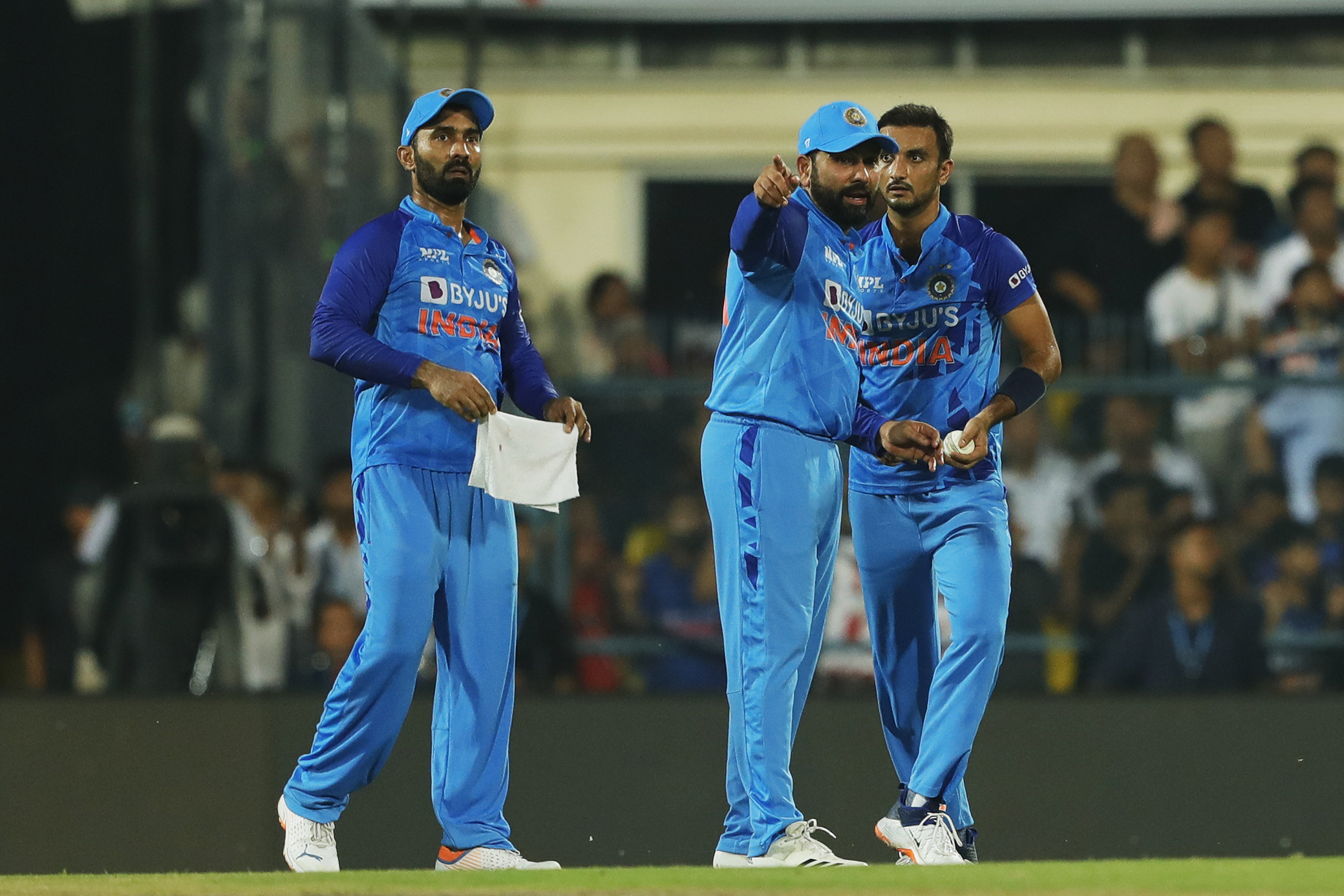 Since September this year, Harshal has an economy of 10.9 at the death (8 overs) and Bhuvi, 14.7 (6 overs). Overall, India have leaked suns at 12 runs per over which translates to 60 runs per match in the last five overs. Between the end of the last World Cup until August, 2022, India went at only 9.5 at the death. In this period, Bhuvi conceded at only 8.4 runs per over. Harshal still went at 10.7 but picked a lot more wickets which helped the bowlers at the other end.

Thus, it becomes imperative for India to pick regular wickets throughout the first 15 overs. That will rely on how much swing is on offer for the new ball bowlers. If none, then the mantle will shift to the spinners who haven’t been productive as well. India’s attacking spin option, Chahal has only six wickets since the Asia Cup - at 24.3 balls apiece while also leaking runs at 8.3 runs per over.

Both the other spin options - Axar Patel and Ravichandran Ashwin are defensive options. Hence, Bumrah’s absence put a lot of pressure on India to pick early wickets. 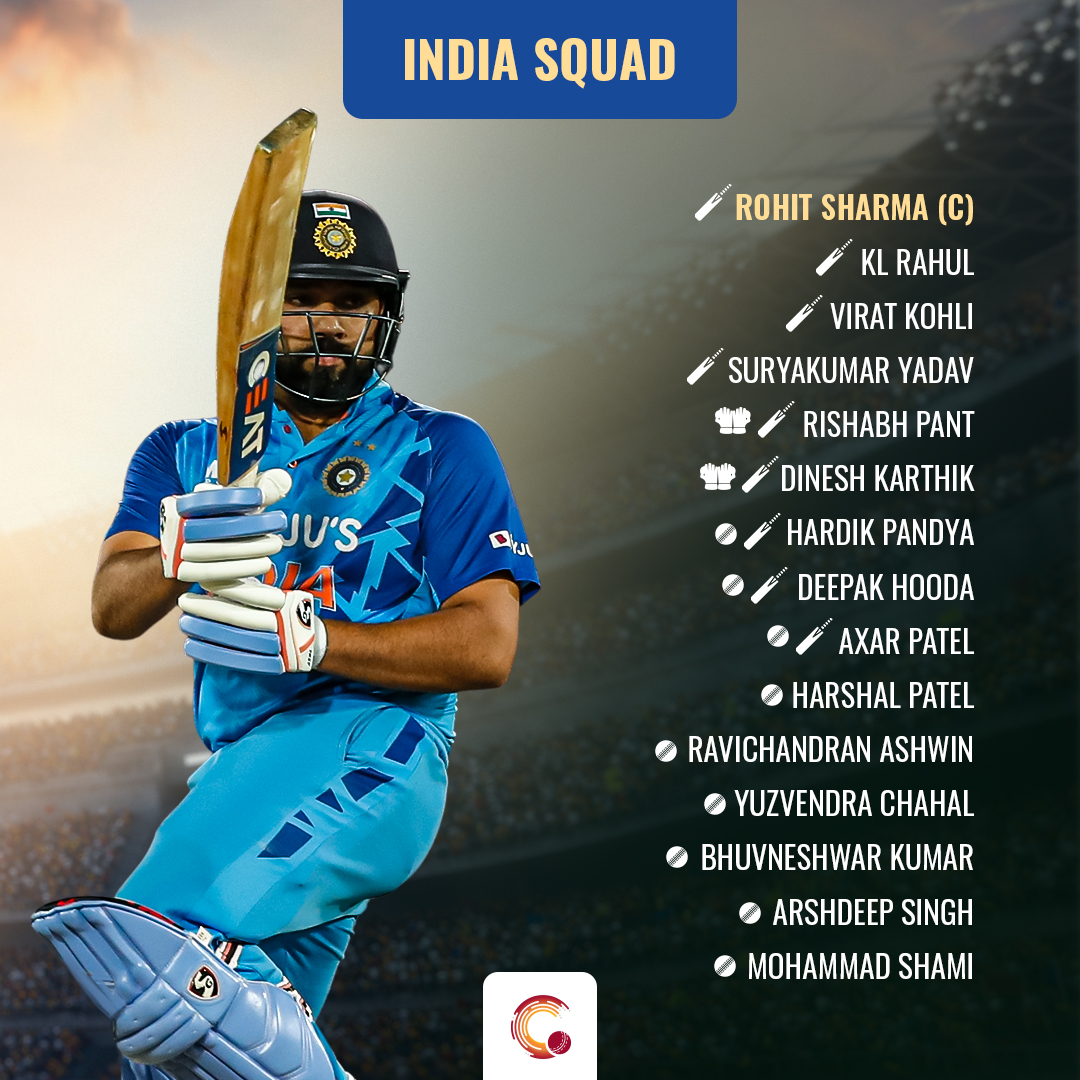 It is the bowling attack that remains unclear. India will have to make a tough choice between

Ashwin and Chahal for the specialist spinner’s slot. It may vary according to the conditions and the opposition.

The other choice will be regarding the pace attack. They have four options in Bhuvi, Harshal, Arshdeep and Shami. Arshdeep seems to be the only one with a certain spot, courtesy of his left-arm angle, swing with the new ball and the death overs’ potential. Bhuvi and Harshal are other death overs options but both have been expensive of late. Shami can also push Bhuvi for a spot by the virtue of his excellent powerplay record in IPL 2022. What works for Shami? His pace. What works against him? He hasn’t played in T20Is for India since the World Cup last year.

India kick-off their campaign against their arch-rivals, Pakistan on October 23 (Sunday) at the iconic Melbourne Cricket Ground.