Finally a contest between bat and ball 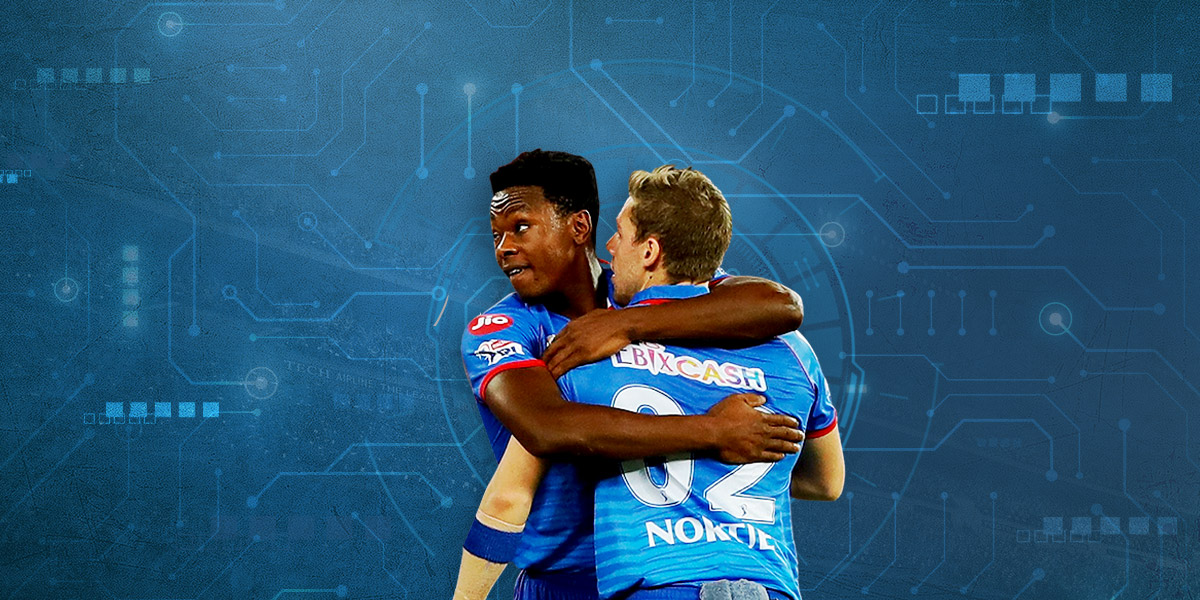 Finally a contest between bat and ball

Ayaz Memon thinks after a fortnight of big scores earlier, the bowlers are having an equal say in the outcome of the match

In the first fortnight of IPL 2020, it appeared bowlers would be decimated. Pitches at the three venues in the UAE seemed heavily loaded in favour of batsmen, with the one at the Sharjah Cricket Ground virtually a graveyard for bowlers.

Scores of 180-plus were commonplace in this period, and going up to 200-plus in Sharjah where the small ground, fast outfield and featherbed pitch made it extremely difficult to contain batsmen for fast and slow bowlers alike.

One didn’t need to be a power-hitter to clear the 60-65 yard boundaries at this ground. Even mishits went that distance. Batsmen binged on sixes and fours and bowlers wrung their hands in despair at being reduced to beasts of burden, doomed to punishment.

That Rajasthan Royals chased down a record 223 runs made by Punjab Kings XI is not just a story of how well they batted – which they did, because such a big target puts enormous pressure on the team batting second – but also highlighted how lop-sided the contest was between bat and ball.

But even as dirges were being written for bowlers in this format, there has been quite a remarkable turnaround in the past 8-10 days of the tournament. Scores have shrunk by almost 20 per cent at all venues, 165-something has become a difficult target to chase, and bowlers are now valued commodities!

A cursory look at the top 10 bowlers in this IPL after the first 30 matches throws up some interesting facts:

From the top 10 wicket-takers so far, only four bowlers – Trent Boult, Mohamed Shami, James Pattinson, Sam Curran  – have an economy rate of more than 8 runs per over. None has conceded more than nine. Of the four, Boult just spills over in to this category with 8.1 RPO.

The other six – Kagiso Rabada, Jofra Archer, Jasprit Bumrah, Rashid Khan, Yuzvendra Chahal and Anrich Nortje – have an economy rate of under 8 runs per over. In fact, two – Archer (6.56) and Rashid Khan (5.34) – have conceded less than 7 runs per over! 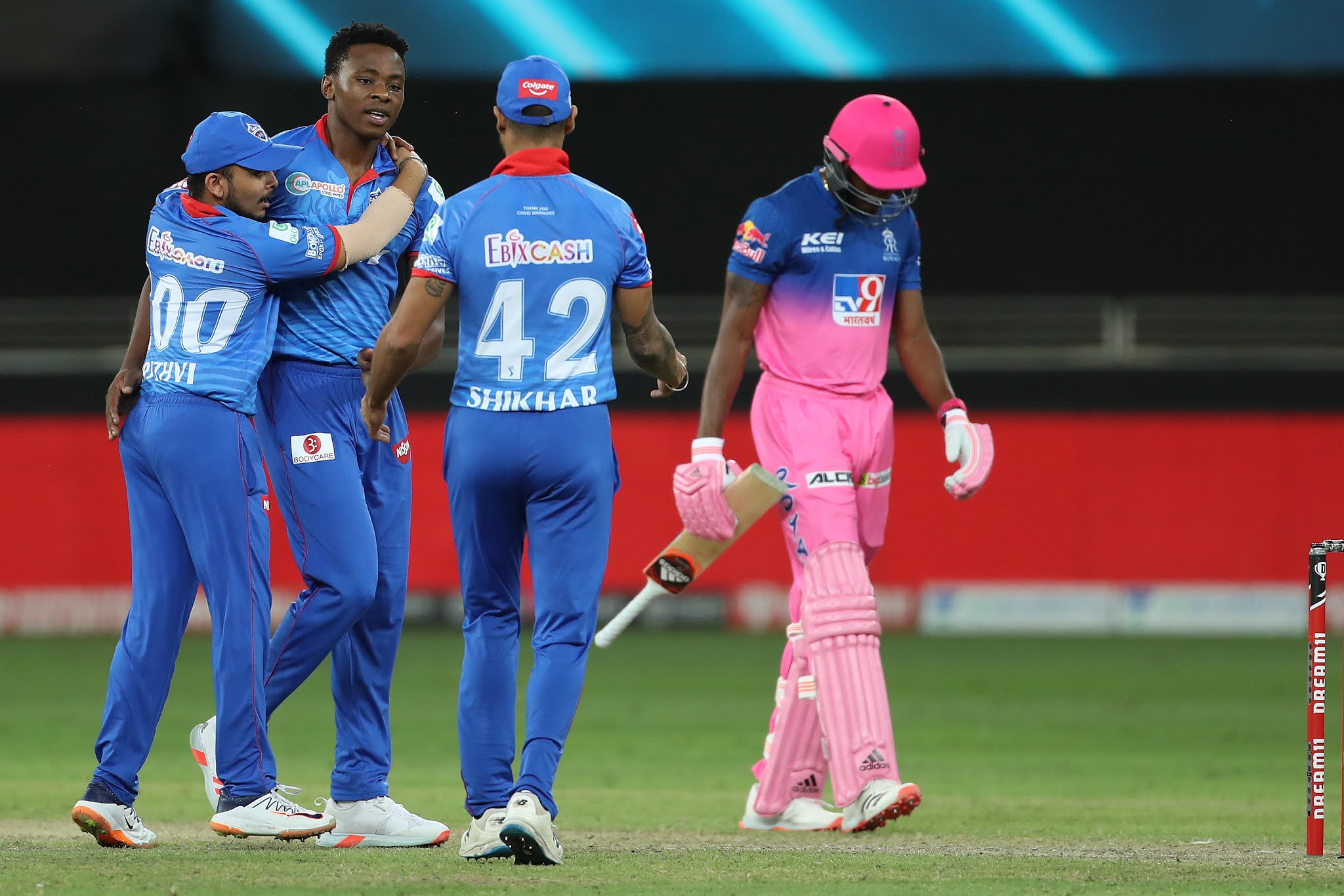 This is significant in the context of not just this tournament, but possibly also where T20 cricket is headed. To understand this better, let’s look at these statistics from a match scenario.

From the 10 bowlers mentioned above, only Chahal and Rashid rarely ever come to bowl in the Powerplay, and only infrequently – when the pitch is very slow or taking substantial turn -- are seen in the death overs.

The reason why I am highlighting this is because the strike rate of batsmen is generally hiked up in the Powerplay – when there are field restrictions at play -- and in the death overs when every batsman attempts to go slam-bang.

These are the phases when bowlers are under fire the most. If eight of the top 10 wicket-takers have an economy rate under 8, it shows the bowlers are faring as well, if not better than batsmen in these conditions.

It might also appear that pace bowlers, who dominate the wickets tally at this point, are doing far better than spinners. But on different parameters, it emerges that this is not the case and spinners have held their own too.

For instance, when you consider the best economy rates in an innings (minimum two overs in an innings), in the top 10 slots, eight are spinners. Exceptions being Deepak Chahar and Shami. Rashid features thrice, Axar Patel twice, Sundar, Chahal and Jadeja once each. In each instance, the economy rate is 4 or below. 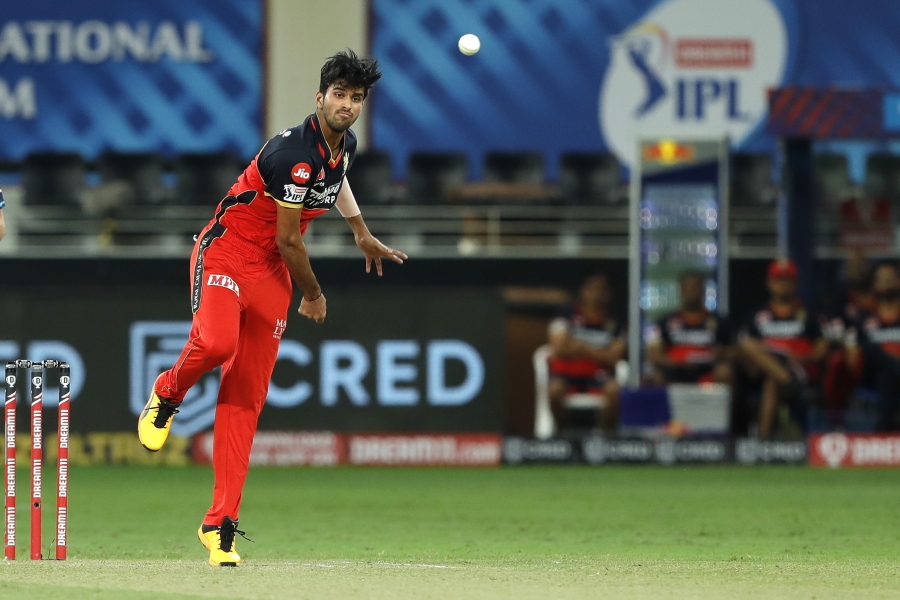 Spinners mostly bowl in the middle overs (though Sundar is generally given the new ball), which is when the field has opened out. Batsmen are looking to consolidate for the final blast, so the strike rate can get low. But how low on tracks thought to favour batsmen, one of them being Sharjah is the question?

My understanding suggests two things have ensured that bowlers have not become inconsequential in this tournament as was the criticism – and the fear -- in the first fortnight.

One, as pitches experience wear and tear, and get slower, thus making strokeplay somewhat more difficult, bowlers are coming into their own. Since there are only three venues in this tournament, the pitches could wear away faster, which means one can expect bowlers to even get the upper hand towards the end of the tournament.

The second aspect has to do with survival instinct. In the first couple of years, it was felt that bowlers were up for slaughter. Then the fear was this format would sound the death knell for slow bowlers. Almost a decade and a half later, neither fear has turned out to be true.

Bowlers – fast and slow – have upped their game through resolve and practice. They have worked on skills and variations – which can be very distinct from those for other formats – that can help them remain relevant in this format too.

Yorkers and bouncers of differing speeds are being deployed by fast bowlers to probe batsmen. Spinners experiment all the time with length and line to not allow batsmen to settle. And yes, legspin, who conservatives thought would become a casualty in the mayhem of big-hitting, is actually thriving.

The simple takeaway is that bowlers have an equal role to play in the T20 format, and if they do well, it does not rob the contest of excitement and thrill. But for that, some conditions have to be set right.

Absolute featherbeds should not become the norm to please broadcasters who want to showcase big hitting. Just as dustbowls would not make for a good contest, neither would absolute flat tracks. Little help for bowlers will make matches riveting.

The other and perhaps more important consideration is the distance of the boundary. Sixty-yard boundaries, which is also the case in several grounds in India where the IPL is played, is undeserved punishment for bowlers and a travesty to the game.

At the end of the day, T20 is similar to the other two formats where conditions which offer help to both batsmen and bowlers make for the most engaging contest.

OPINION
Sharjah is not an ideal place to judge a bowler
With modern bats, a fearless mind-set of the batsmen and small boundaries, Sharjah is proving to be a nemesis for the bowlers 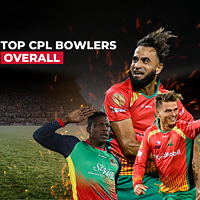 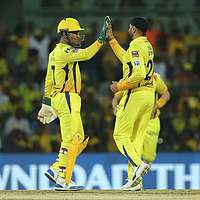