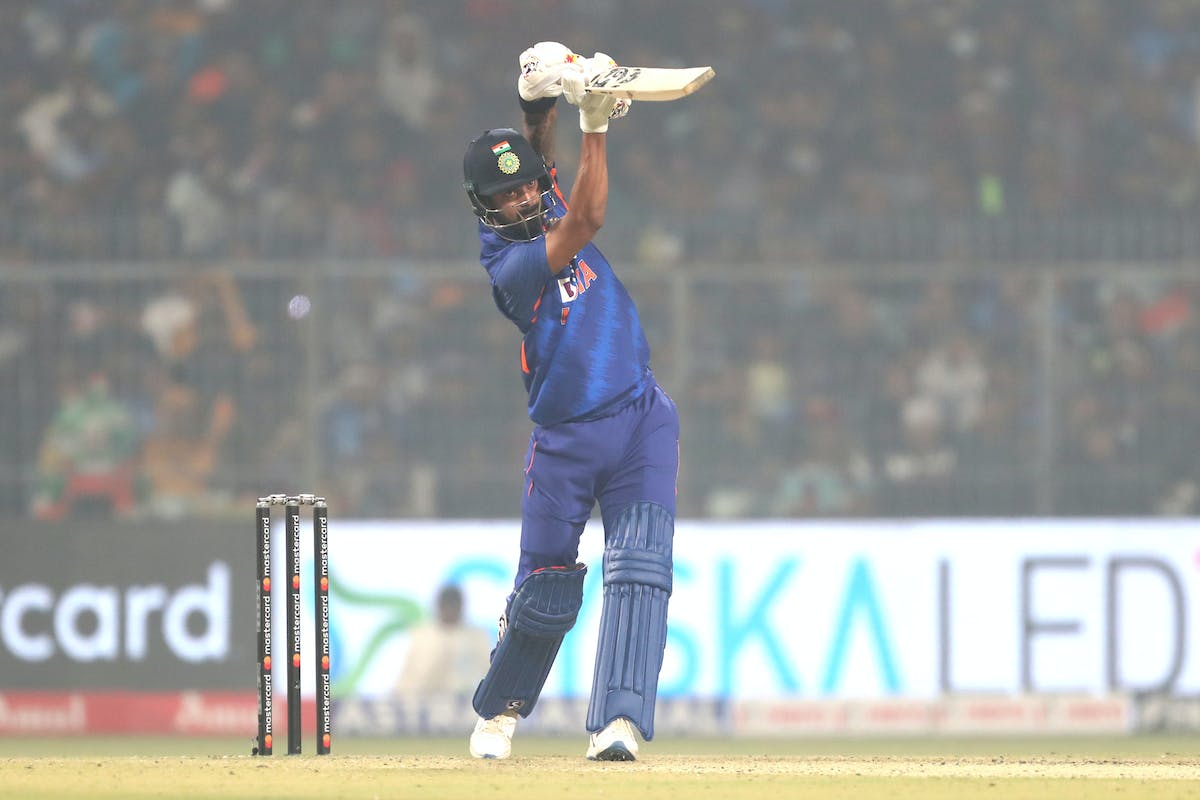 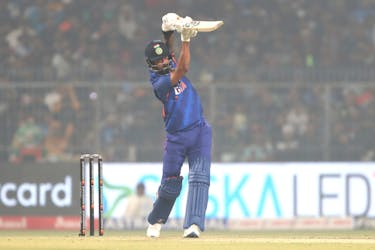 KL Rahul felt that he is finally finding his rhythm after a tough 2022 which saw him struggle with the bat after multiple injuries. The Karnataka batter was out of the team due to a thigh injury at the beginning of last year, but managed to lead Lucknow Super Giants in IPL 2022 before being ruled out of the T20I series against South Africa before the T20 World Cup.

Despite scoring six fifties and 434 runs from 16 T20Is and the 30-year old struggled in ODIs managing two fifties and 251 runs from nine ODI innings. The indifferent form also saw his place in the team being questioned.

On Thursday at the Eden Gardens, the wicketkeeper-batter helped India out of trouble in chase of 216 by forging an 75-run partnership with Hardik Pandya (36) and remaining not out on 64 to guide them to a four-wicket win.

Following the win, Rahul reflected on the last 12 months where he was plagued with fitness concerns and loss of form.

"2022 was a mixed year for me. Started with an injury, then played the IPL, then got injured again. I've realized that it's very difficult to come back from an injury. You are not the same player and your body doesn't feel or react the same way. When you are straightaway put into international cricket, where the pressure and expectations are very ver high, you start to hear all sorts of things after one or two bad performances. Its take a little bit of time to find the right rhythm," Rahul said in the post-match press conference.

With too much competition for the opening position, Rahul has quietly settled in at No.5 where he looked assured batting on a tricky surface in Kolkata.

"Batting at No. 5 has helped me understand my game better. At No. 5, you have to face spin straightaway; I like balls coming onto the bat but Rohit (Sharma) has been pretty clear that he wants me to bat at No. 5, so that’s what I am trying to do," Rahul explained.

"I won’t say it was a flat wicket, or it was doing a lot that it was impossible to bat. When Sri Lanka started, I thought it was a 280-300 wicket. But our bowlers bowled really well to keep them to 220-odd," he said of India's bowling performance after they restricted Sri Lanka to 215 all out.

Rahul also said that it was a new thing for him to bat with the tail enders as he had to bat alongside Kuldeep Yadav for the last 25 runs.

With the series wrapped up 2-0, India will take on Sri Lanka in the third and final ODI on January 15 (Sunday) in Thiruvananthapuram.