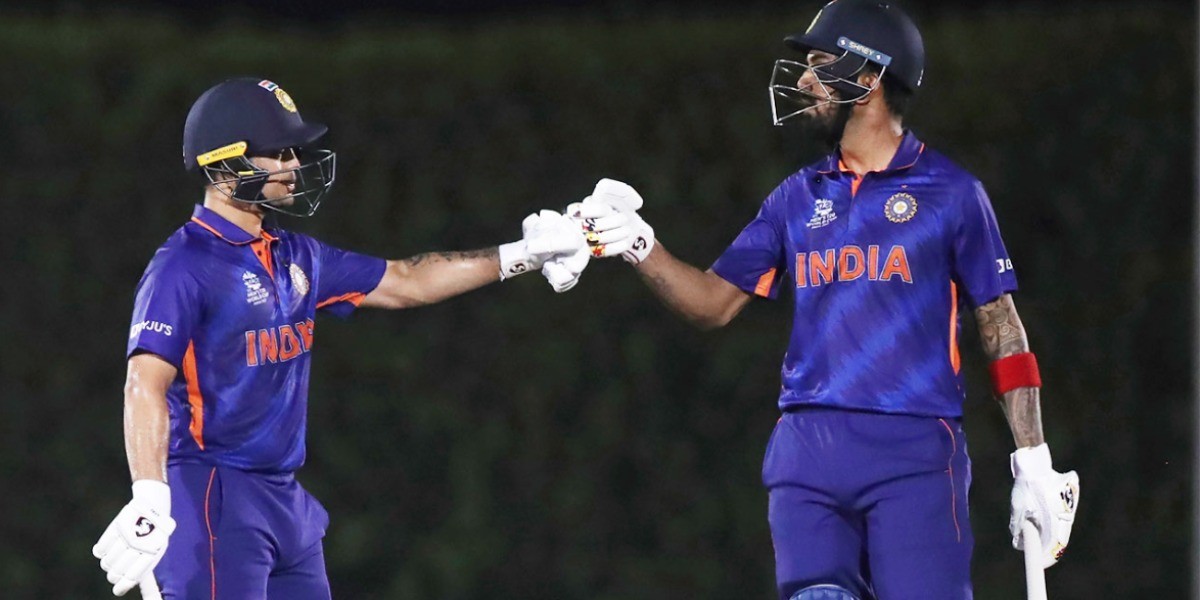 Bhuvneshwar Kumar, however, consistently missed the length giving away 54 runs in four overs

KL Rahul's brutal yet elegant fifty sealed the second opener's debate while his opening partner Ishan Kishan also grabbed the opportunity as India warmed up nicely with a seven-wicket win over England in the opening practice match ahead of the T20 World Cup. Rahul made batting look easy with six boundaries and three sixes in his 24-ball-51 while Kishan was retired hurt after a chiselled 70 off 46 balls that had three sixes apart from seven boundaries as India chased a target of 189 with an over to spare.

In a game where the result was secondary, Rahul's touch would have certainly made skipper Virat Kohli pleased as punch as he hit some breathtaking sixes off Chris Woakes and also treated Mark Wood with disdain. Kishan, who might have to sit out if he is not playing as an opener, did his case no harm once Rahul was gone as he punished the spinners, including a dazzling six, coming down the track off Adil Rashid.

India, in the first game, ticked some boxes that includes two senior pacers Jasprit Bumrah (1/26) and Mohammed Shami (3/40) hitting the straps straightaway with some fast and accurate deliveries. The third angle to this 'triangle' -- Bhuvneshwar Kumar, however, consistently missed the length giving away 54 runs in four overs.

Kohli (11) didn't score much but that would be the least of concerns for the Indian team. Rishabh Pant (29 not out, 14 balls) smashed the bowlers, while Suryakumar Yadav (8 off 8 balls) did look a bit scratchy during his brief stay. Hardik Pandya, who is supposed to be the "designated finisher" in this line-up, came to the crease with 21 needed off 15 balls and he hit a few streaky shots in his 16 not out in 10 balls.

The England batters also threw their willows around to get some quality time in the middle on a good surface at the ICC Academy ground here after being put in to bat. Veteran Shami bowled the fuller lengths and also mixed it with clever variations as he got wickets of openers Jason Roy (17 off 13 balls), Jos Buttler (18 off 13 balls), and Liam Livingstone (30 off 20 balls).

Buttler was done in by change of pace where the length was slightly shortened and pace taken off after being hit for two boundaries, while Livingstone was castled by an old-fashioned yorker. Bumrah even in a warm-up game, bowled an unplayable yorker to prevent Jonny Bairstow (49 off 36 balls) from getting a half-century. He was easily India's best bowler on view while Bhuvneshwar looked a bit out of place.

Moeen Ali (43 not out off 20 balls), fresh from his IPL exploits, beefed up England's score in the final over. However, the contest that head coach Ravi Shastri and captain Kohli keenly watched was how well young leg-spinner Chahar (1/43 in 4 overs) and veteran off-spinner Ashwin (0/23 in 4 overs) shape up for the third spinner's slot.

The Indian team is pretty certain that Ravindra Jadeja and Varun Chakravarthy are the two spinners who will be in operation when the campaign starts. The two had also played an IPL final just a few days back along with playoff games and hence both were rested. While Chahar removed ICC's World No 1 ranked T20 batter Dawid Malan (18 off 18 balls) with a googly, he wasn't as consistent with his length as Ashwin, who went wicket-less but wasn't punished as such.

However, unlike Chahar, who at times looked penetrative, the English batters didn't have much of a problem in milking Ashwin for the singles and some inside-out shots over extra cover. In all, India had a good outing, exactly how they would have wanted in a warm-up game. 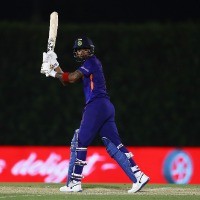 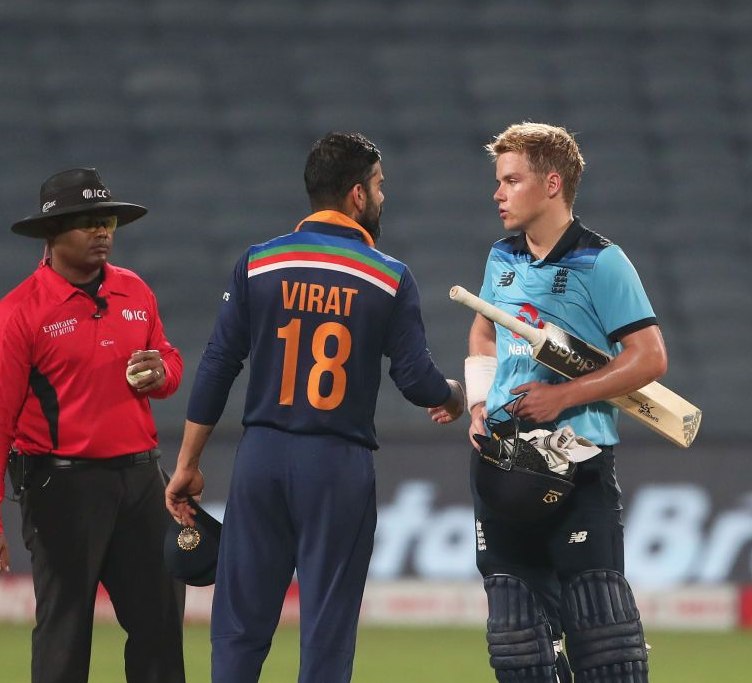 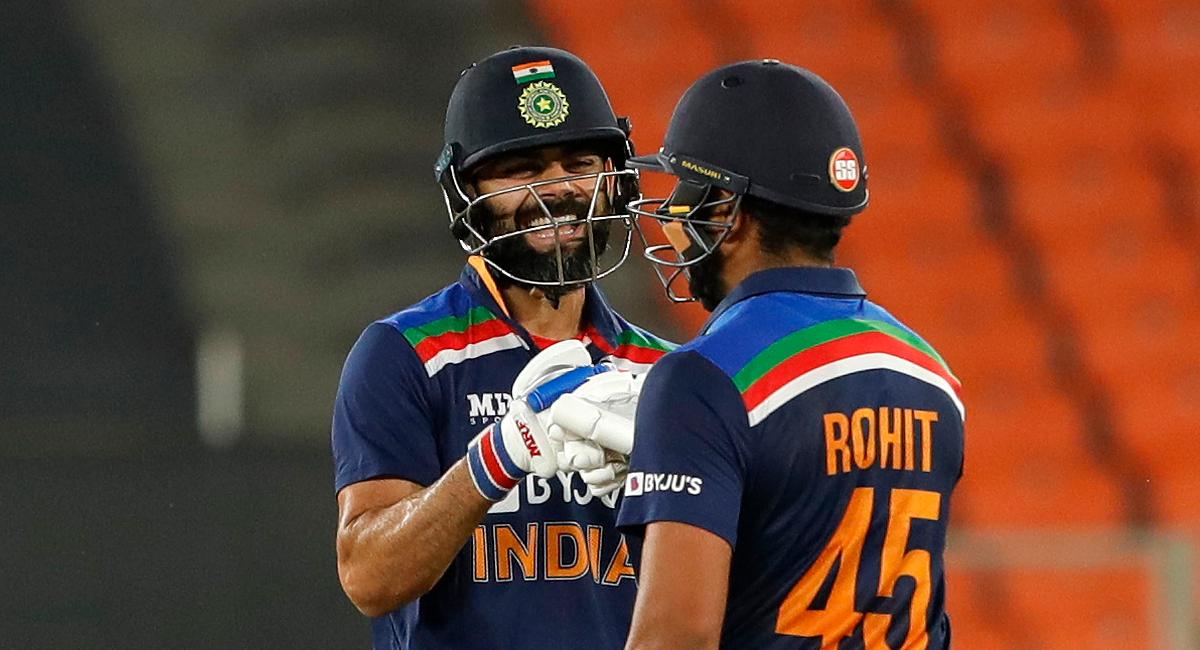 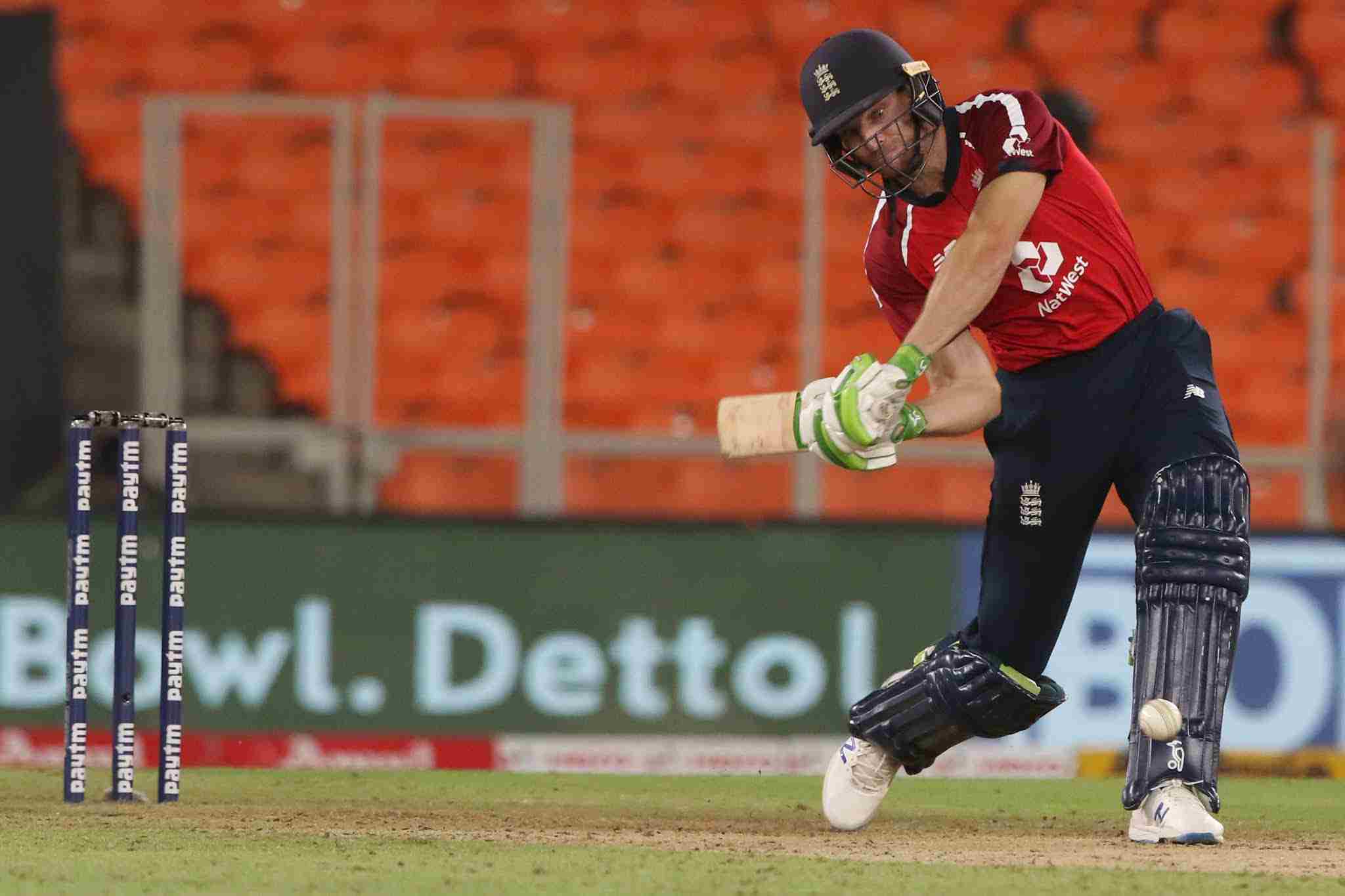 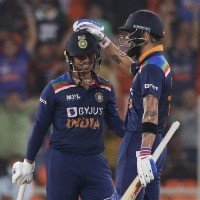