Fortunate with cracks opening up for our seamers to be effective: Ben Stokes 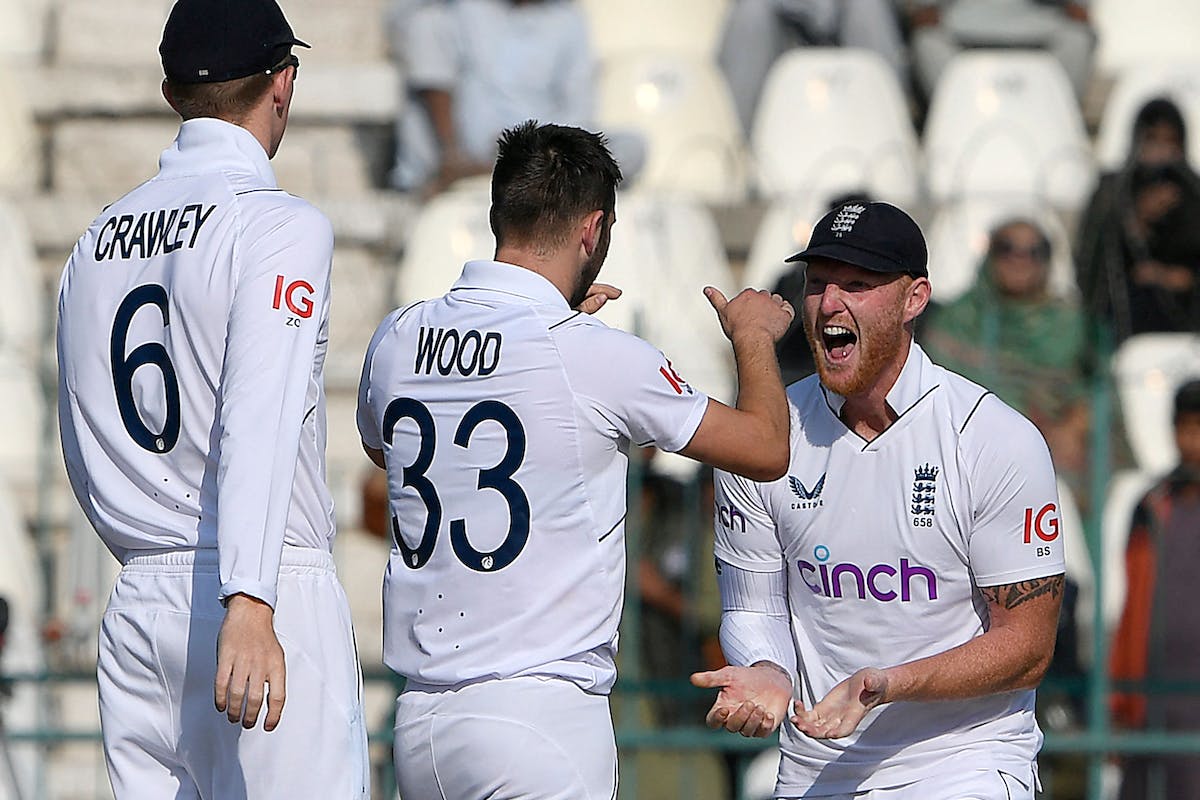 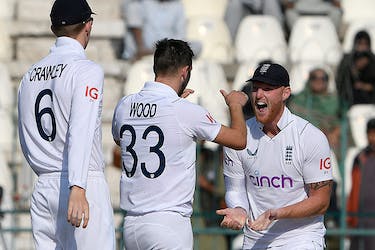 Fortunate with cracks opening up for our seamers to be effective: Ben Stokes

With the win in Multan, England have not just won eight of their nine Tests, but have also taken an unassailable 2-0 lead against Pakistan

England under Ben Stokes are on a roll. With the win in Multan, they have now won eight out of their last nine games, including taking an unassailable 2-0 series lead. This is England first Test series win in Pakistan since 2000, led by Nasser Hussain.

England's attacking brand of cricket helped them secure a 74-run win in the first Test in Rawalpindi and in Multan, they fought hard to eke out a closely-fought 26-run win after they set the hosts 355.

Pakistan seemed to be in the contest but a couple of quick strikes by Mark Wood before lunch put them on the back foot.

Stokes acknowledges that his team was fortunate that the cracks opened up brining the fast bowlers into play on an otherwise turning track.

"Take a look at the conditions, it was a tricky wicket for slower bowling. We were fortunate that with the cracks opening up our seamers became effective," Stokes said at the post-match presentation.

"Jimmy [Anderson], Robbo [Robinson] and Woody [Wood] put in a seriously good effort, so hats off to the lads. The way they bowled throughout the game, they looked a huge threat. When it came down to the wire I had three guys to turn to. They bowled short spells and always seemed to pick up a wicket when needed."

Pakistan captain Babar Azam, who has now lost three Tests in a row at home said that his side's performance with the bat especially in the first innings let them down.

"Yes, we were not up to the mark in the first innings. We had a couple of soft dismissals. After that we had a fightback in the bowling and second innings we fight good, but unfortunately we did not finish it," Babar said after conceding the series in Multan.

"We have a simple plan to carry on the momentum, we had good partnerships between Imam and Saud and then Saud and Nawaz. The tail also fought well, but we didn't finish well," he added.

Abrar Ahmed scripted history, becoming only the second Pakistan bowler to pick up 11 wickets on Test debut. Babar reckons it is an encouraging start for the 24-year-old.

"Dream start for Abrar, he used conditions very well in the first innings and after that he bowled well. Good for him and the team," Babar quipped.

Harry Brook was adjudged player of the match for a magnificent century in England's second innings to go with his 153 in the first Test. He got out cheaply in the first innings in Multan and was determined not to repeat his mistakes when he got a chance to bat again.

"Tried to learn from my mistake in first innings, try not to be too aggressive but still put pressure on the bowler," Brook said.

"No, we just wanted to go out and play our brand of cricket, put pressure o the bowler and be aggressive throughout," he added when asked about the target England had in mind.

With the series already lost, Pakistan will hope for some consolation when they face England for the third and final Test at the National Stadium, Karachi from December 17 onwards.