From Padikkal to Arshdeep: The Uncapped XI of IPL 2020 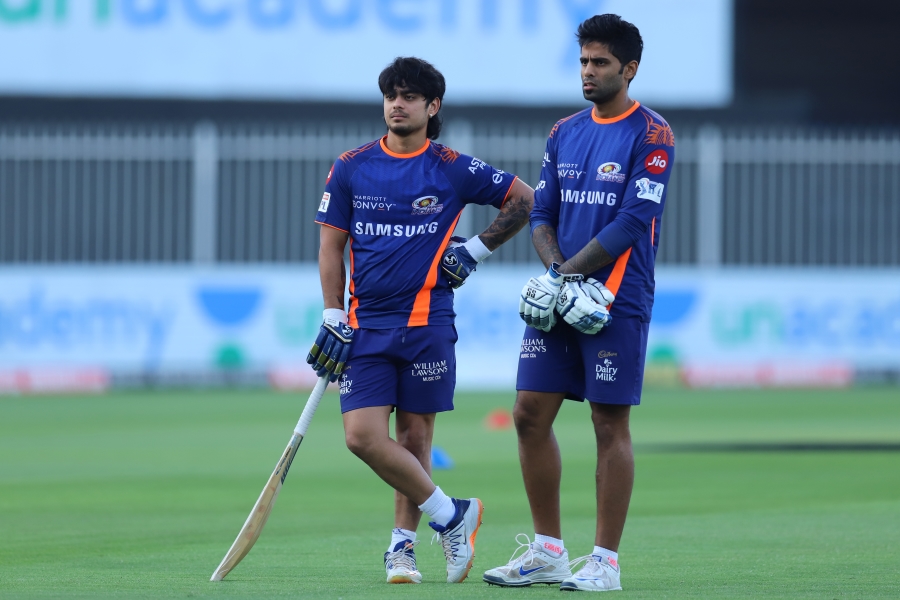 From Padikkal to Arshdeep: The Uncapped XI of IPL 2020

The 13th edition of the Indian Premier League was one where along with the international superstars, plenty of uncapped players as well shone bright.

Be it debutants Devdutt Padikkal, Ruturaj Gaikwad and Kartik Tyagi or the likes of Suryakumar Yadav, Ishan Kishan who have been around in the IPL for a while, the uncapped players have always been key components in the success of a franchise.

That Mumbai Indians won their fifth IPL title was largely because of Kishan and Suryakumar who were the highest and third-highest run-scorer of the season for them. Padikkal was the highest run-scorer for Bangalore despite Virat Kohli and AB de Villiers in the mix. T Natarajan showed great courage in delivering yorkers at will throughout the season baffling the best in the business.

So, let's try to form a playing XI out of uncapped players who did well for their respective franchises in the 2020 edition.

Devdutt Padikkal: Having warmed the bench for Royal Challengers Bangalore (RCB) last year, Padikkal was finally given a chance this season on the back of mammoth runs in the Syed Mushtaq Ali Trophy and Vijay Hazare Trophy. The youngster made full use of the opportunity presented to him as he began the season with an impressive half-century against Sunrisers Hyderabad (SRH). He would go on to notch up two more fifties in his next three innings as he established himself in the RCB side.

In a setup that boasts the likes of Kohli, de Villiers and Aaron Finch, the fact that Padikkal finished as the top run-scorer of the season for RCB speaks volumes of his talent. The opener managed 473 runs at an average of 31.5 and a strike rate of 124.8 in IPL 2020. In fact, no batsman after the inaugural edition in 2008 has managed more runs in a debut IPL season. 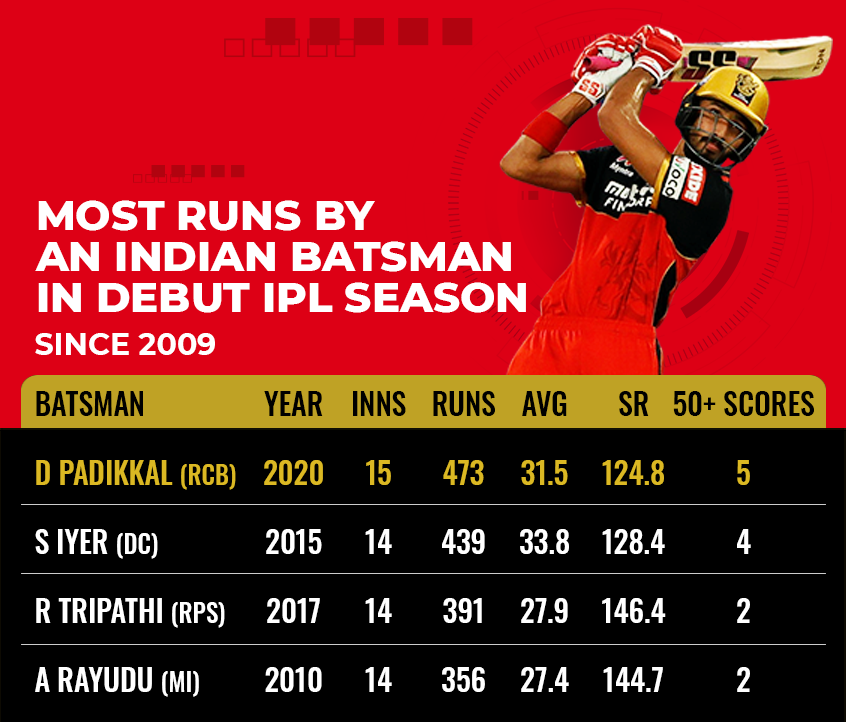 Rutraj Gaikwad: It was a season of two halves for Ruturaj Gaikwad. He was laid low with COVID19 soon after landing in the UAE and was pushed out of the team after just two innings where he scored 0 and 5. But he looked a completely different player in the latter half notching up three successive half-centuries.

In total, the Chennai Super Kings (CSK) batsman scored 204 runs in six innings at an average of 51 and a strike rate of 120.7. In a disappointing season, Gaikwad was one of the positives for an ageing Super Kings outfit.

Suryakumar Yadav: It is a travesty that Suryakumar's name must be mentioned in an ‘Uncapped’ XI. Just the volume of runs Suryakumar has churned out year after year on the domestic circuit and the IPL should have been enough for him to get a call-up to the national side but that has not yet happened.

As far as this IPL is concerned, Suryakumar was his usual magnificent self. He was the cornerstone of Mumbai’s batting line-up scoring runs when it mattered the most. In 16 innings, Suryakumar scored 480 runs which included three half-centuries at an average of 40.

This season, Suryakumar scored his runs striking at an impressive 145. He averaged 45.5 against pace alongside a strike-rate of 152.5. He dominated spin by averaging 69 at 136.2. The 30-year-old has time and time again shown how big an asset he is and surely an India call-up might be in the reckoning soon enough. 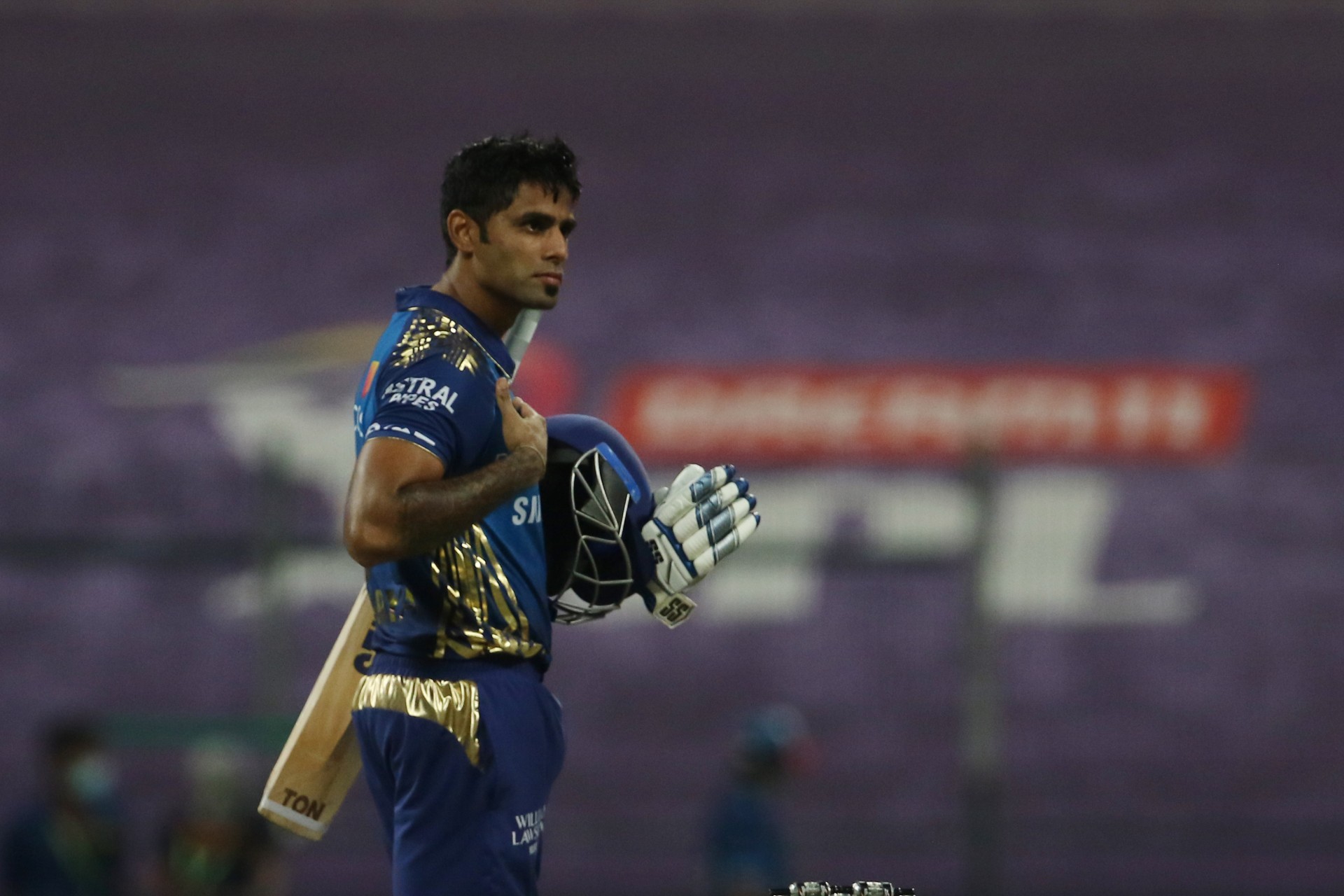 Ishan Kishan: It was only a niggle to Saurabh Tiwary that got Kishan into the starting XI of Mumbai Indians this season and did the left-hander grab it with both hands or what! He started off the tournament with a classy 99 and never looked back. In a team studded with superstars, Kishan returned as the highest run-scorer of the season for MI, smashing 516 runs at an average of 57.3 which included four half-centuries. His strike-rate of 145.8 was also top notch.

It almost felt as if Kishan matured as the tournament went on. He fell for a golden duck in the fourth game of the tournament going for a rash shot. The Kishan of old would have carried on playing the unabashed form of cricket but this time around the youngster took it in his stride and went on to have a productive season.

Abdul Samad: He did not have a lot of outstanding numbers to boast of but Samad made sure, in his debut season, he made people take notice of him. Samad scored just 111 runs in 8 innings at 22.2 and picked a solitary wicket but his fearlessness is what stood out.

The way the 19-year-old smacked Anrich Nortje for two fours and a six in Qualifier 2 when the going was tough was a sight to behold. Samad has earlier in the tournament spanked Jasprit Bumrah for two fours and a six in a game. Samad has the big shots in his book as his strike-rate of 170.8 suggested and in the coming years, he could turn out to be a superstar for his side.

Rahul Tewatia: Rajasthan Royals was one side where the limelight was all on the four foreign exports, Steve Smith, Ben Stokes, Jofra Archer and Jos Buttler. But among those, it was Tewatia who became the talk of the town.

His five sixes in an over to Sheldon Cottrell that paved the way for the highest run-chase in IPL history is now a part of folklore. Tewatia also showed his prowess against spinners as was the case when he smashed Rashid Khan for three successive fours to help Rajasthan chase down a stiff target against Sunrisers Hyderabad.

With the ball too, Tewatia was pretty decent. He finished the season as the second-highest wicket-taker for Rajasthan with 10 wickets where his economy of 7.1 stood out. Overall, Tewatia was the third Most Valuable Player in the tournament according to Criclytics with 1,008 points. 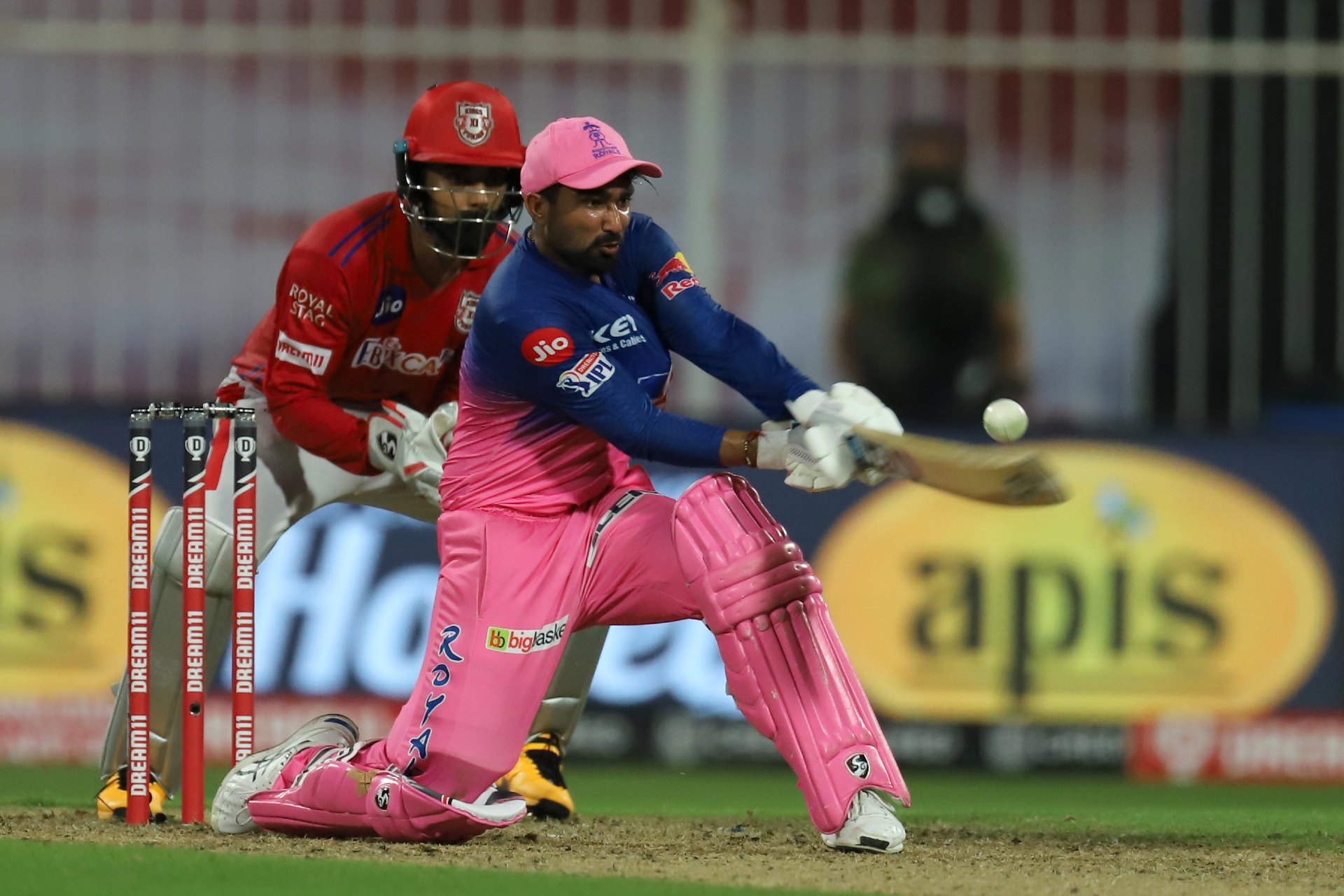 Ravi Bishnoi: Being a star in India U19’s run to the final earlier this year, a lot was expected from Bishnoi this season. This was the reason why despite having a lot more experienced spinners in their ranks, Kings XI Punjab opted for Bishnoi in every game. While he did not have too many wickets to show for, Bishnoi showed that he one for the future.

What impressed most about Bishnoi was that he was not afraid to toss the ball up and also bowled a lot of googlies. In the season, only Rashid Khan (184) bowled more googlies than Bishnoi (169).

Bishnoi picked 12 wickets in 14 games striking once every 25.5 balls with his economy rate of 7.4 standing out. 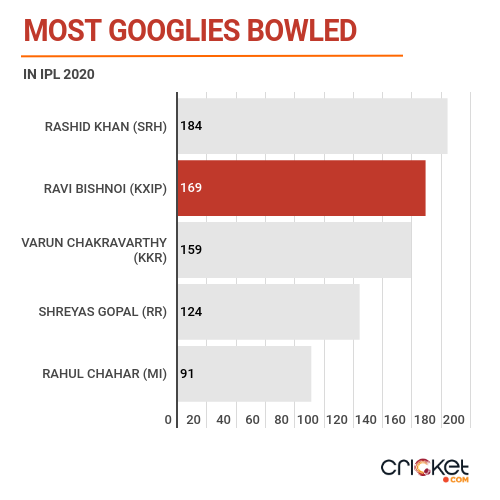 Varun Chakravarthy: The mystery spinner had been much of a mystery in the IPL. Despite not playing a lot of first-class cricket, Chakravarthy was picked by Kings XI Punjab for a whopping price but played only one game. This season he played for Kolkata Knight Riders and showed his true potential.

Chakravarthy played 13 matches in which he picked 17 wickets at an average of 20.8 and an economy rate of just 6.8. He was the leading wicket-taker for KKR this season and was ultimately also named in the India T20I squad for the Australia series but had to pull out due to an injury.

T Natarajan: Natarajan was a sight to behold this season with his pinpoint accuracy with yorkers standing out. He brought about the best of batsmen to their knees on multiple occasions.

It wasn’t the numbers that stood out for Natarajan, just the sheer fearlessness to deliver time and time again is what caught the eye. In all, Natarajan finished with 16 wickets in as many innings striking every 23.6 deliveries. He also had a decent economy rate of 8. Natarajan's performances have earned him a place on the flight to Australia for the T20I series.

Kartik Tyagi: Tyagi was one of the top bowlers at the 2020 U-19 World Cup. At the IPL, his numbers weren't great, 9 wickets at a strike rate of 25.4 and an economy rate of 9.6 but he sure showed enough promise.

A couple of things he’ll want to improve on are his Powerplay bowling and his overall line and length. During the first six overs of the innings, he conceded 10.8 runs per over which is far from ideal. With experience, he’ll surely bowl more consistently which should consequently get him better results. 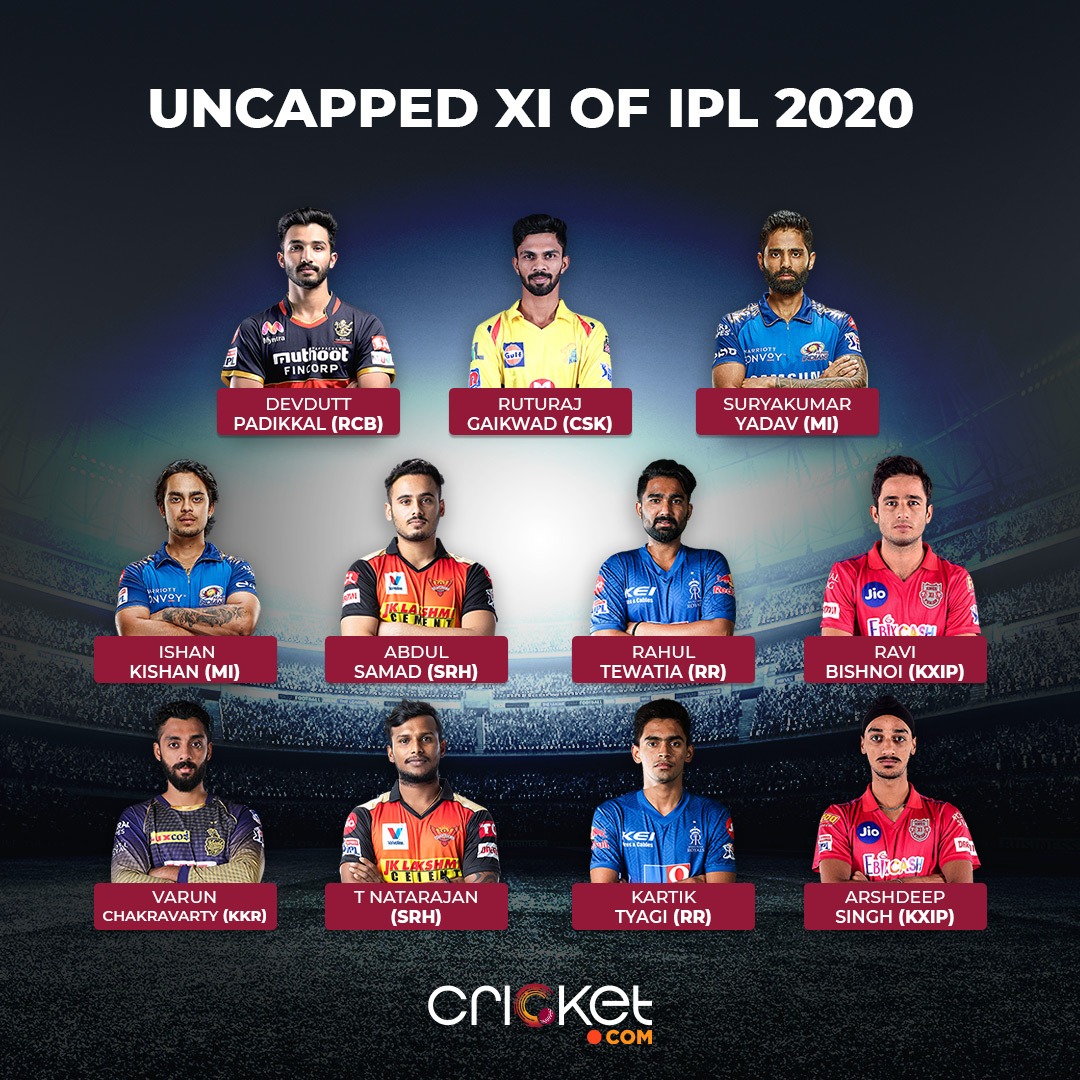 Arshdeep Singh: The rookie played just 8 matches this season and in that he showed what a talent he is. Arshdeep picked 9 wickets this season at a more than decent strike rate of 16.6.

More importantly though, Arshdeep bowled the tough overs, at the start and in the death and still came out trumps more often than not. He does not have a lot of pace, something that he is bound to improve upon, but the left-armer’s angle and the ability to move the ball both ways makes him a bright prospect.

His contribution in Punjab’s wins were also crucial. KXIP won 5 of the 8 matches in which he was a part of the team, during which he picked 6 wickets striking every 13.8 balls.