Ghosted by openers (again), India continue to be haunted in knockouts 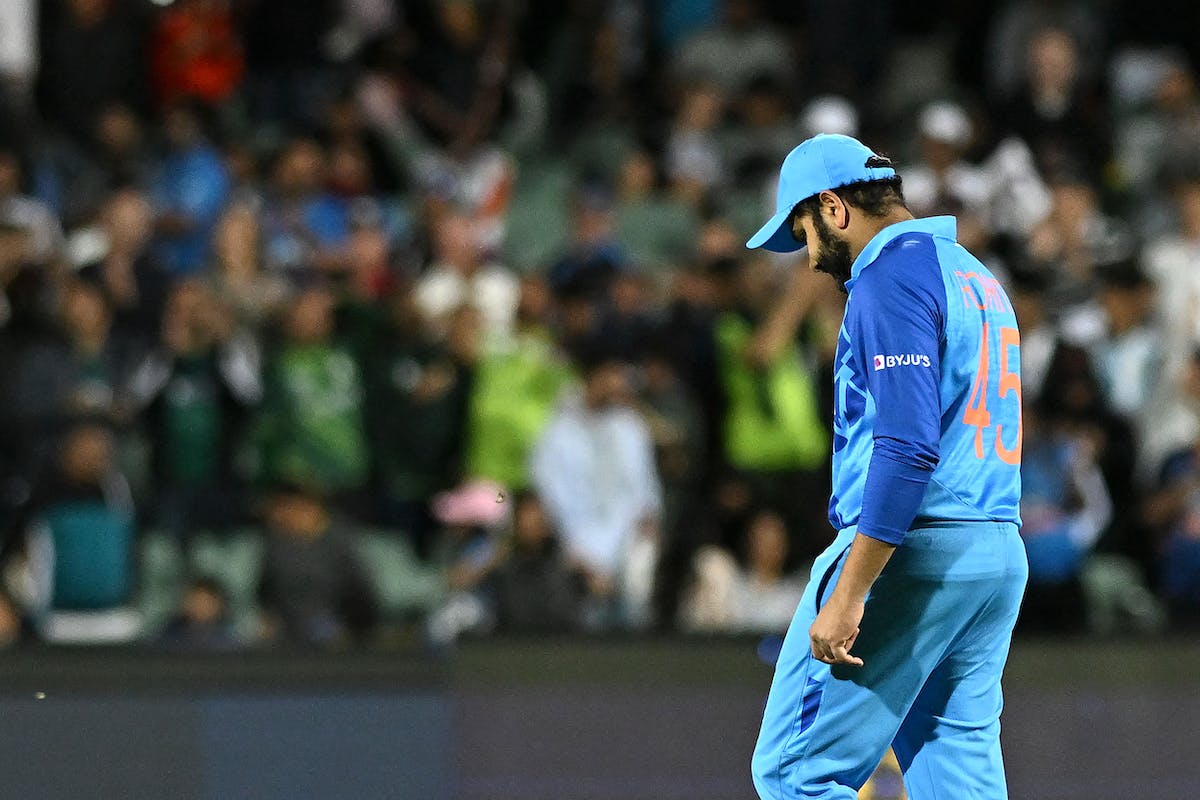 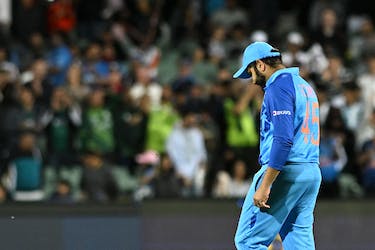 Ghosted by openers (again), India continue to be haunted in knockouts

Come the big occasion, it turned out to be the same old story as the Indian openers went AWOL

As India slipped to one of their worst ever defeats, their skipper Rohit Sharma, in the aftermath of the loss, was quick to point out how the bowlers did not turn up.

"It's pretty disappointing how we turned up today. I thought we still batted pretty well at the back end to get to that score, but we were not good enough with the ball. It was definitely not a wicket where a team can come and chase it down in 16 overs. With the ball we didn't turn up today,” Rohit said at the presentation.

He wasn’t wrong. At all. 170/0 off 16 overs on a used wicket, under lights — it really cannot get worse. At no point did India look like they were going to take a wicket.

But if Rohit was being honest to himself, and the fans, he would have also admitted the harsh truth that what ultimately set the tone for India’s inevitable demise in the semi-final was the fateful showing of his side up-front with the bat, in which he was the prime culprit.

Heading into Thursday’s clash, India had won three of the four matches in which they batted first but it was evident that their template to success was unsustainable.

Even calling it a ‘template’ is a stretch; essentially, in every Super 12 match in which they batted first, supernatural batting from Suryakumar Yadav — coupled with Kohli’s brilliance — was the only thing that propelled the side to above-par totals.

For them to go all the way, therefore, the openers needed to step up. Step up in a way that there was even leeway for a middle-order failure.

Come the big occasion, however, it turned out to be the same old story as the Indian openers went AWOL. Only this time, there was no Hoodini act from Suryakumar or Kohli, meaning the flaws were not masked. Instead, they were laid bare. 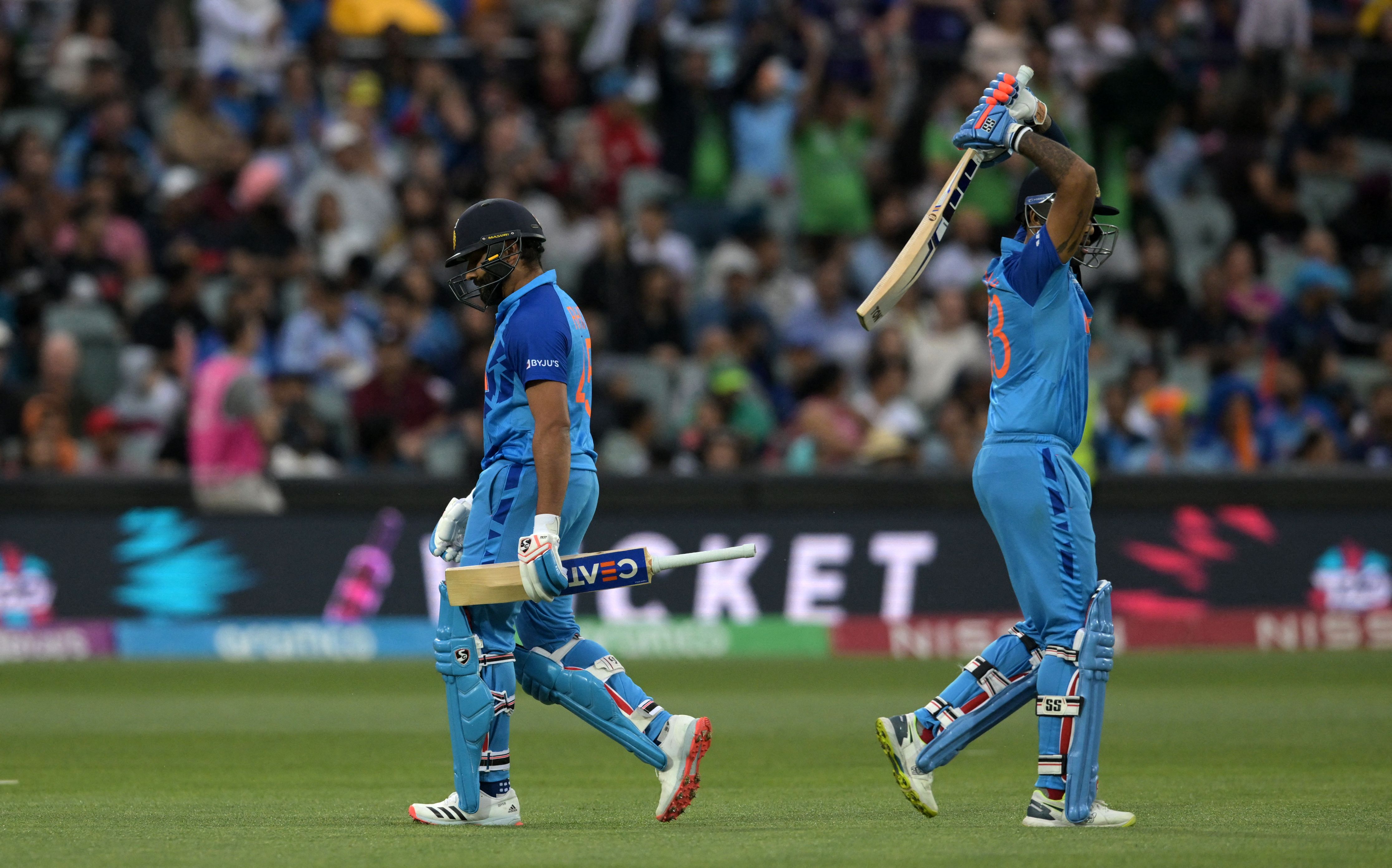 In hindsight, you could probably say that it would not have mattered even if the openers had fired. The way Jos Buttler and Alex Hales batted, England would probably have chased down any target.

True. But that’s not the point.

The point is that, on the day, India were let down as much by their batting as they were by their bowling.

Why the batting needs to be held accountable — specifically, the openers — is because, on paper, it’s supposed to be the side’s ‘stronger’ facet.

The need of the hour was a rigid showing from the batters to give the evidently assailable bowling attack — that’s bereft of its best performer in Bumrah —  a chance but, not for the first time, that did not happen.

At the Adelaide Oval, a lot of things went wrong for India but the biggest contributor to the side’s unceremonious exit was the pair of KL Rahul and Rohit Sharma once again failing to deliver when it mattered.

Rohit and Rahul were prime culprits in the failed 2021 campaign in UAE — amassing 35 runs off 39 balls across the crunch New Zealand and Pakistan matches — but the pair were retained heading into this World Cup. They had the quality and experience and the general consensus was that they would come good. That they were too good to go two World Cups without making an impact.

But here we are in the aftermath of the semi-final. For the umpteenth time, ruing non-contributions from the same two openers in a crunch game.

Rahul, despite starting slow against both Bangladesh and Zimbabwe, showed positive signs in the catch-up phase of his knocks, igniting optimism amongst fans. He came under fire in the early parts of the competition but the back-to-back fifties served as a ray of hope.

But on the day, what unfolded was an unfortunately familiar sight: Rahul walking back to the pavilion early into the innings in a game in which his side needed him.

For all his undeniable talent, the harsh truth is that Rahul has been a serial underachiever at the T20WC level, certainly against the better sides. Versus the Top eight sides in the World Cup, he now averages 7.80 from 5 matches, having posted four single-digit scores.

Ability wise, Rahul is probably still right up there as the most talented opener in the country, but does that really count for anything if the side ultimately is not benefiting? Forget the ‘strike rate’ talks, Rahul has a bigger problem in big matches: of not scoring. 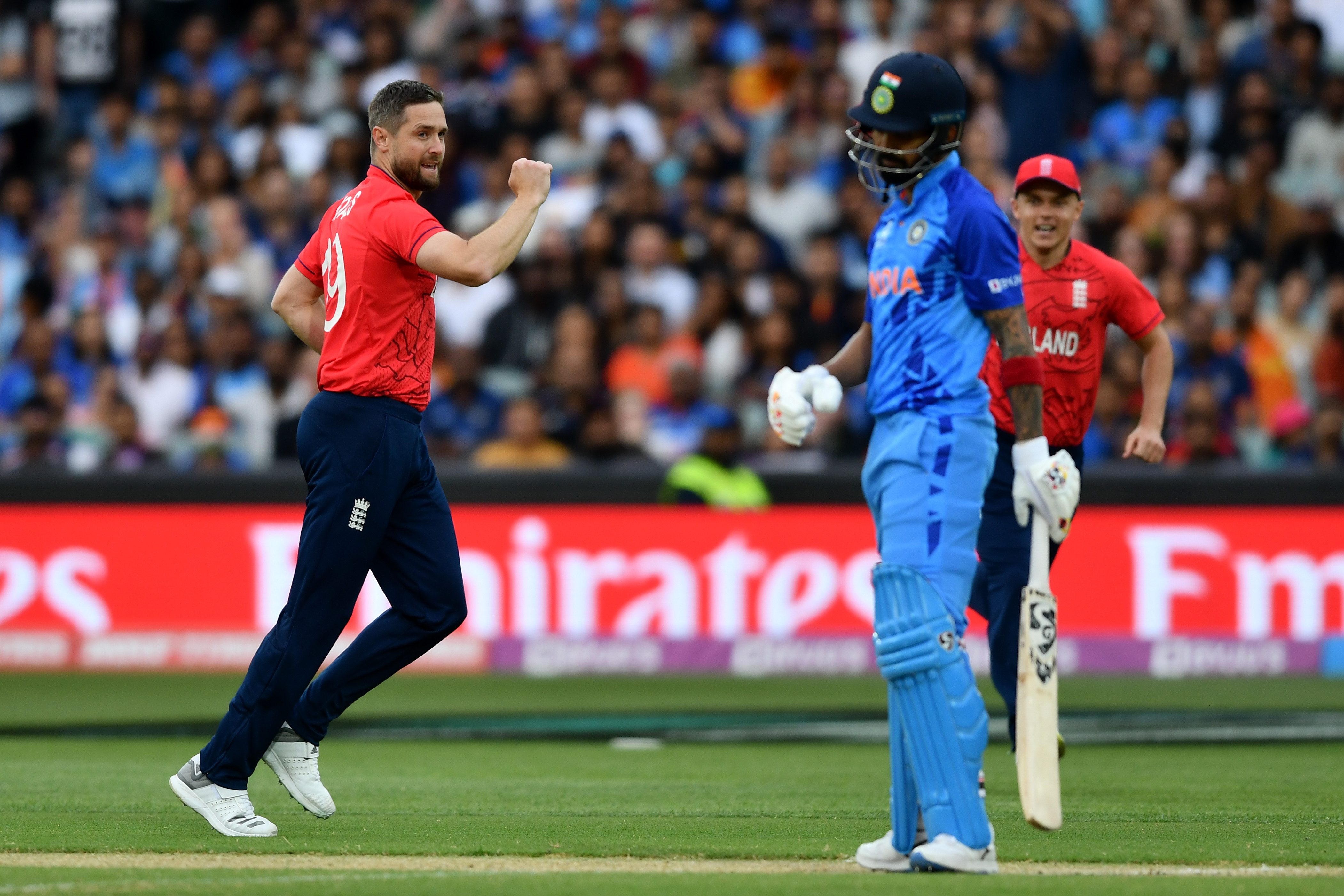 His partner and captain Rohit Sharma received plenty of plaudits heading into the tournament for adopting a fearless approach, but come the big stage, the India skipper proved to be the biggest underperformer. And he saved the worst for the last as his 28-ball 27 on a flat Adelaide wicket directly contributed to the side’s defeat at the hands of England.

Unlike Rahul, Rohit has largely found himself immune to criticism. Fans have tended to give him the benefit of doubt as they believe a part of the reason why he fails is because he is ‘forced’ to take risks due to the conservative approach of his opening partner.

The reality, however, is that for a batter of his experience and quality, Rohit’s returns have been hideous. This was Rohit’s eighth (!!) T20 World Cup and in the T20WC since 2014 against the Top 8 sides, he’s averaged 23.94 and has struck at 114. 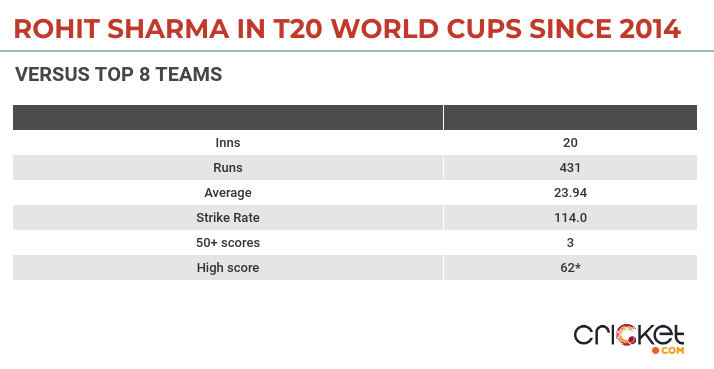 For the longest time, Rohit’s unremarkable record in the IPL — six straight seasons averaging under 30 — has been brushed under the carpet due to the fact that he ‘performs at the international level’, but four failed World Cup campaigns in a row makes one wonder if it’s time that the management look past his reputation. For if we were to go by merit, Rohit would really not be anywhere near this Indian T20 side.

While India, not for the first time, were let down by their openers, England were carried by theirs.

On the night, Hales and Buttler did everything their Indian counterparts failed to do: take responsibility, take advantage of the powerplay, take the attack to the opposition and most importantly, turn up.

They did all this despite only having batted 12 times together as a pair prior to Thursday, 30 times fewer than their counterparts.

As the second innings progressed and England bulldozed the Indian bowlers, it was impossible to not think how Hales and Buttler are the quintessential opening pair that India have always wanted Rohit and Rahul to be.