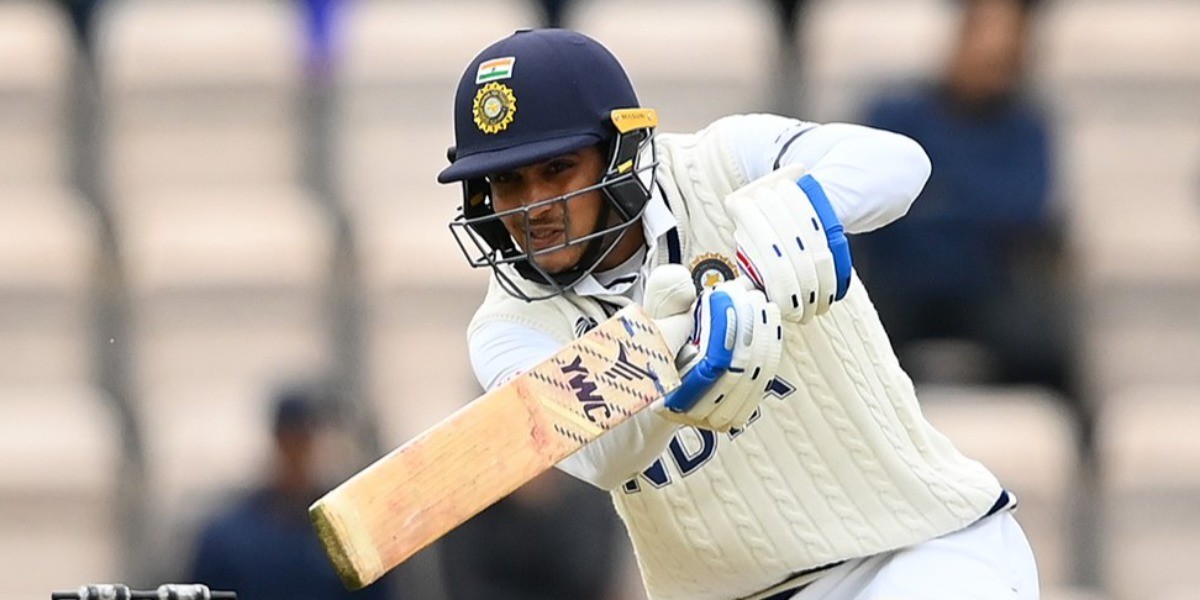 Shubman Gill has the required technique and temperament to bat at any position in the Indian Test team but he does need to convert those great starts into big knocks, the legendary Sachin Tendulkar said about the upcoming star.

Gill scored 52 in the Kanpur Test against New Zealand and was out to Kyle Jamieson when he looked good for a hundred while in Mumbai. He looked unperturbed on 44 before he got out to left-arm spinner Ajaz Patel.

So does Tendulkar believe that Gill has the technique to do well in South Africa if he bats in middle order?

"When it comes to technique, different surfaces will test you differently. I think Shubman has an advantage as he played a very crucial innings (91) in Brisbane where we won the Test match," Tendulkar told PTI in an interaction.

"He has had the experience of playing on hard and bouncy tracks and I felt that he looked pretty comfortable. So, I don't think there is any technical issue as such," he said.

But does staying "beside the line of the ball" becomes more advantageous on these surfaces for a batter?

"When he was playing the new ball (in Australia), I think he was behind the line and when the ball got old, he was marginally beside the line as he got to know how much the ball was swinging, how the field is set," Tendulkar explained.

"Accordingly, you decide whether you need to be behind the line to play on the on-side or stay beside the line and hit on the off-side," he added.

However, Tendulkar wants the young Punjab man to convert his starts and is confident that he will do that consistently sooner than later.

"Shubman has started well and shown a lot of promise. The way he builds his innings, he has been good so far. Just that he needs to go further and convert those 40s into big scores," the maestro said.

He doesn't want Gill to take too much stress about three-figure marks as he believes that the young man has the hunger.

"Once you get into that squad, it is about how hungry you are for bigger scores which I am sure he is. He needs to just convert those starts and not lose concentration. Both in Kanpur and Mumbai, he got a good deliveries. He is on a learning curve and will definitely take lessons."

Tendulkar was all praise for his young fellow Mumbaikar Shreyas Iyer, who killed it on debut with a couple of stellar knocks under pressure.

"I thought Shreyas was fantastic and made most of the opportunities he got, at one stage the scoreboard wasn't looking that good and he came up with a gem of an innings and resulted in India almost winning the Test. Both his knocks were important," he said.

What must have helped Iyer was the fact that he has been representing India in white ball for some time.

"I am sure anxiety levels were there but it helped that he had made his T20 debut quite sometime ago and these kind of things ease up your pressure and it allows you to play your natural game.

Mayank Agarwal's hundred on Friday impressed him as he feels that this track has similarities with the one where India beat Australia in two and half days after the first day's play was washed out.

"The wicket was damp when we batted first and when we played our second innings and batted third, it became dry. I remember it was the time I was really suffering with my tennis elbow injury and had to take pain-killing injections to play that match and had a partnership with VVS (Laxman)."

As far as Mayank's innings is concerned, he was happy to see him get into the groove after biding his time initially.

"There was moisture beneath the surface. Mayank took some time to get into the groove and once he was in the groove, he capitalised by putting pressure on spinners," he said.

"The hallmark of Mayank's innings was that he was able to punish good deliveries too. When a bowler knows a batter can punish your good deliveries, then there is an element of doubt in him.

"What if the batter steps out and hit you and all those things goes in bowler's head and disturbs his rhythm."

So what's his assessment of the Test?

"Overall how the pitch has played, our spinners will be able to bowl much better compared to their slow bowlers. We are in a dominating position right now," he concluded.