Gold medal or not, we want to play well: Harmanpreet 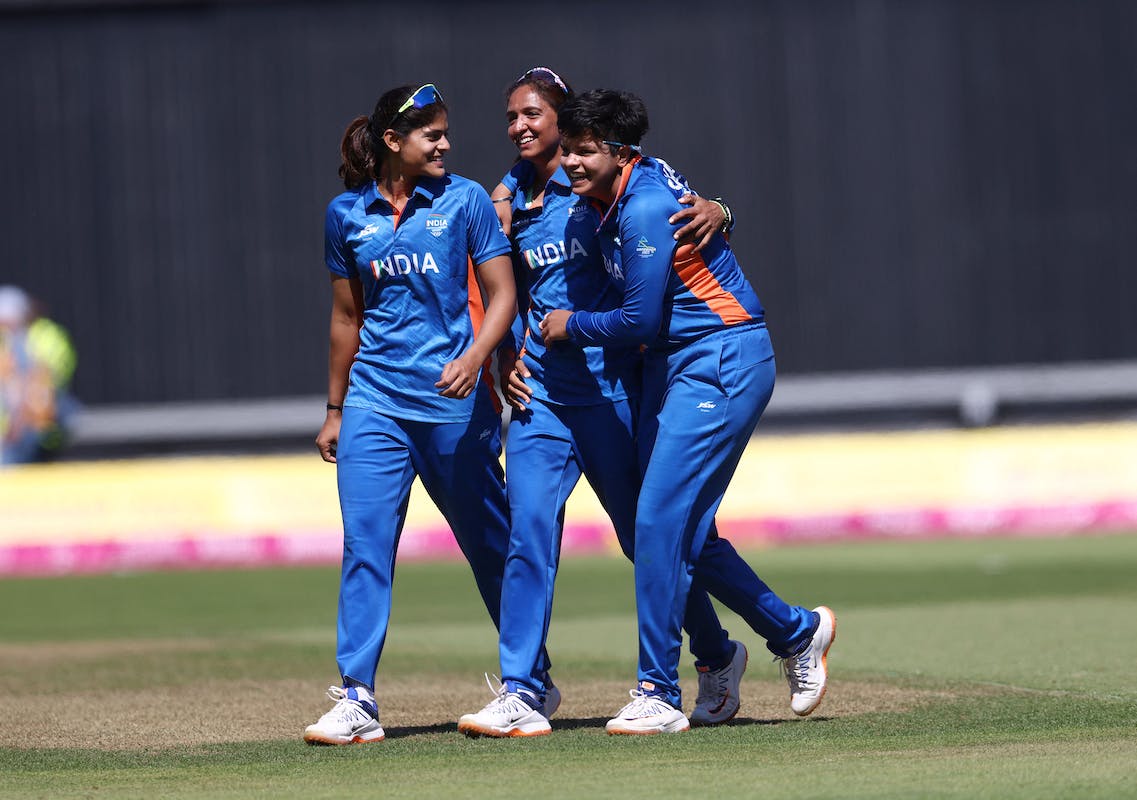 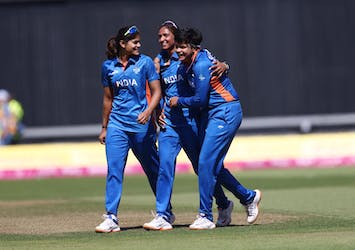 Gold medal or not, we want to play well: Harmanpreet

India skipper Harmanpreet Kaur said that her team will look to play good cricket in the Commonwealth Games final irrespective of match result. India ensured a medal finish with a four-run win over England on Saturday.

"It means a lot for us, we've been working hard for so long. This is a great platform for us. Participating for the first time, if we can do well, a lot of things can change for us," Kaur said after the match.

India will face either Australia or New Zealand for the Gold medal on Sunday.

"We never thought or wondered what we are playing for and what we aren't playing for. Medal coming or not coming isn't in our hands. We just want to play well. The way we've played so far, we've learnt a lot," Kaur said.

Defending a target of 165, India were put under pressure by a 54-run partnership between Amy Jones and Natalie Sciver, but Deepti Sharma and Sneh Rana restricted the hosts in the final four overs.

"Until the last moment, we believed we could win, even though they had a couple of strong partnerships. Even when they were going well, no one gave up. We've been working on this for a while. If you keep doing this, results will come at some point along the way, and I'm glad it is showing now," Kaur said.

Despite having three frontline spin options, Harmanpreet decided to give two overs to Shafali Verma. The Indian captain said that the youngster has always been keen to part of a challenging situation.

"Whenever I ask her if she wants to bowl, she gets excited. Under pressure, sometimes, a bowler may not be able to give it their best, but her excitement motivates the others too. It sends out a message that if someone who isn't a regular bowler is so keen to bowl and make a difference, it gives extra responsibility to the (frontline) bowlers," Kaur said.

Unlike majority teams who would've liked to chase, India chose to bat first after winning the toss. It turned out to be a good decision as openers Smriti Mandhana and Shafali Verma raced away to 58/0 in 6 overs.

"The reason why we batted (first) is we wanted to dominate in the first six. We were ready to lose one wicket, but we needed to utilise the first six overs on a fresh wicket. The way Smriti batted was outstanding to watch. We were looking for more than 150. In games like these, you need to have [a big] total on the board," he said.

Mandhana scored a blistering 61 off 32 balls while Jemimah Rodrigues remained not out on 44 as India posted 164/5 in 20 overs.

"Smriti is someone who is keen to do well for the team always. That innings charged us up, and when the opponent's body language is down, we could utilise those moments. Also, the way Jemi batted was outstanding. We needed someone who could finish and it was great that she was there till the last ball," Kaur said.

England will bounce back: Sciver

After loosing a close encounter, England skipper Natalie Sciver was confident of winning the bronze medal on Sunday.

"It's tough to take any loss really, but we obviously wanted to be in the gold-medal match and hadn't considered not really. It's going to be tough to take but I'm sure we'll hopefully review as quick as we can and then really be able to park that and go out with the same freedom and attitude that we have been doing tomorrow," Sciver said.

"There's a lot to play for, getting a medal in the first Commonwealth Games and going away with something is, on the flip side, quite nice. So I'm sure they will be looking to improve and bounce back and show how we can play," she said.

Sciver admitted that her team were short of ideas in the powerplay as the Indian openers took them to the cleaners.

"Their powerplay was really good. India's tactics in going slow, they've done that before and we've been used to it but they probably executed it and backed it up in the field," Sciver said.